Ok, they don’t really make the bikes there, other than mocking up ridable prototypes like a bike we saw that looked like an suspiciously like an alloy Blur, but with really big wheels. It was a bike I wasn’t allowed to pull the camera out for, as it was referred to as an experiment no one was supposed to know about. An experiment that ended up evolving into the 29er bike now known as the Tallboy. Cool.

After all the madness and drama that proceeded and followed the event known as the Sea Otter Classic this year, we enjoyed several days of running around with our heads missing. The lack of sleep and a massive amount visual stimuli thrust upon my retinas left me unable to do anything other than wander around and look at things, and fumble with my cameras. Occasionally I would mumble things like, “it’s really hot,” or “I’m hungry,” to my partner and companion Inga, and she would look back at me with a returned glazed look in her eyes as well.

It was a cool time, but a great example of too much and too many good things all at once. Between working the event and trying to hype up the company we were representing at the time, networking and trying to catch up with friends new and old, PLUS trying to race Downhill and getting all my scheduled practice times yanked out from my feet, instead of coming through unscathed with lots of incredible photos and stories, we merely survived. (And I finished one second off the podium in my race with an 8th- with only two practice runs, who knows what I could have done?) But enough bitching.

Back to the very random visit to 104 Bronson Street, home of Santa Cruz Bicycles. Turns out some friends of ours were friends with Willy the Warranty Guy,  and the question was, were we interested in a tour. Since we were already on our way to Aptos to check out the Post Office Jam, we were in. 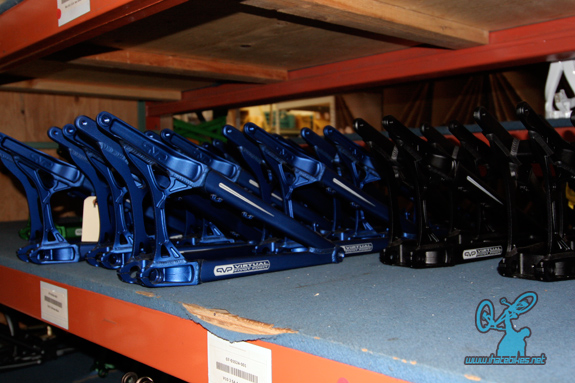 Heading through the warehouse, Willy showed us a ton of cool stuff, and the stacks of cool product that not only included the rad new bikes from Santa Cruz, but some of the cool old stuff lying around. Santa Cruz has a pretty good no-fault warranty if you happen to do anything stupid and break your bike, which people sometimes to try to take advantage of. A Huffy with Santa Cruz decals hanging on the wall was hilarious evidence of what people have tried to send back.

One of the cool things Willy showed us was the painting area, where frames are received and finished. They arrive in boxes in raw form, freshly welded together. When they arrive the staff opens and inspects them, and then are prepped for color. On the wall to our left hung a recent batch of Syndicate frames being prepped and assembled for team riders. 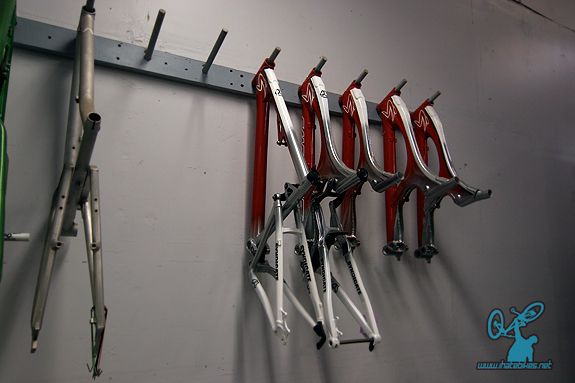 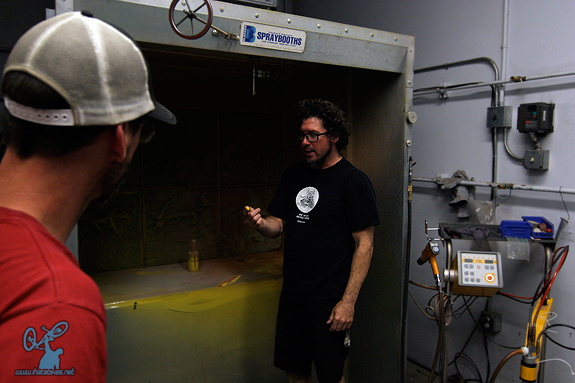 Where a neat-o-cool electrostatic spray gun apparatus is used and powder is applied to frames. 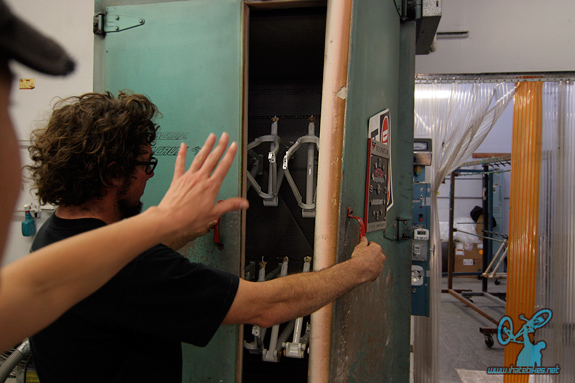 A run of white powder coated frames baked and ready for decals. Ding! 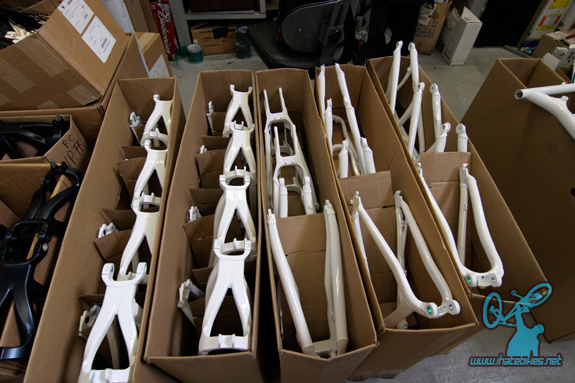 After getting baked, parts are moved into these boxes for the next step. 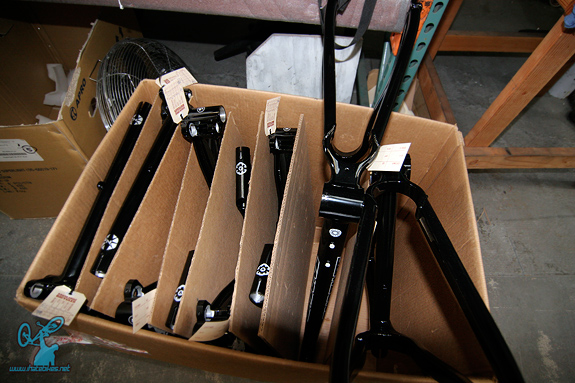 A run of black frames.

After checking out the in-house powder coating process, we moved on to the assembly area. 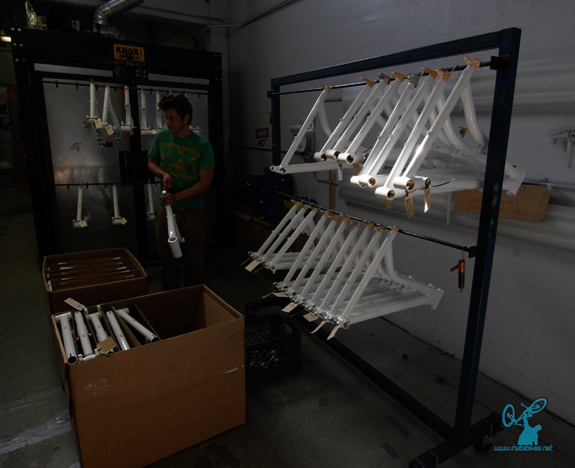 After being baked/ cured, the frames move on to an area where they are inspected, and prepped for decals. 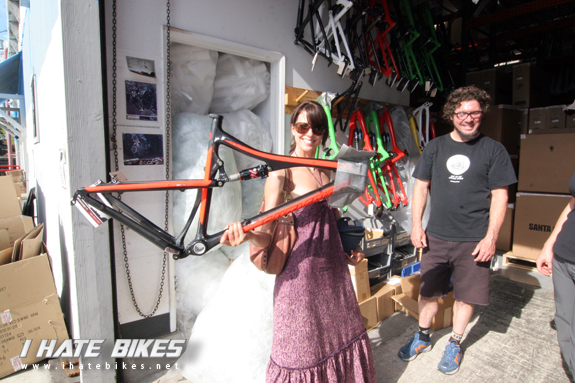 Inga hefts the newly released (at the time of the photo, at least) Carbon Blur 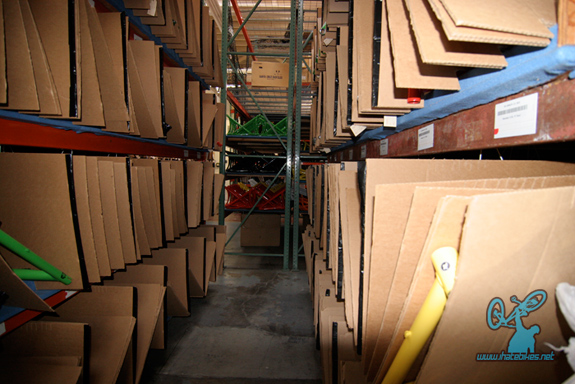 Our tour was brief, but I managed to sneak a camera in and managed to pop some shots off to share. I wish I remembered more of the stuff we looked at, but my mind is a blank from that entire week. Hope you enjoyed a brief look at the inner workings from our unofficial tour. Now to search through more of my photo archives to see what other cool stuff I can come up with from this year.