My hard drive is full of pictures from sessions that never made it onto the site. Since we’re waiting for the sun to return and digging in the meantime, now seemed as good a time as any to showcase Jim-Bob’s backyard in Portland, Oregon.

Word has it his wife put the kibosh on the track last year and he was forced to plant a garden instead. Either way, the boys had good times while they could.

These pics are from a while back- I believe this was March of 2008. 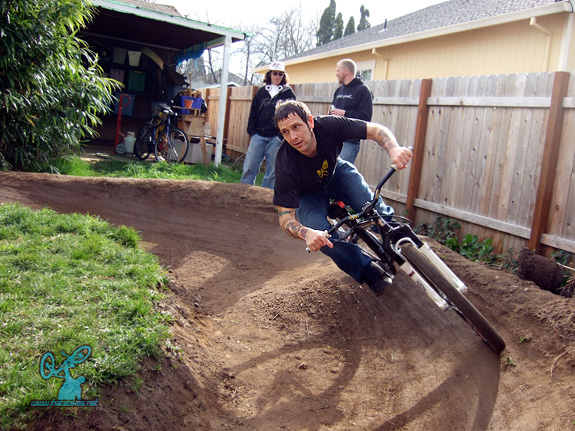 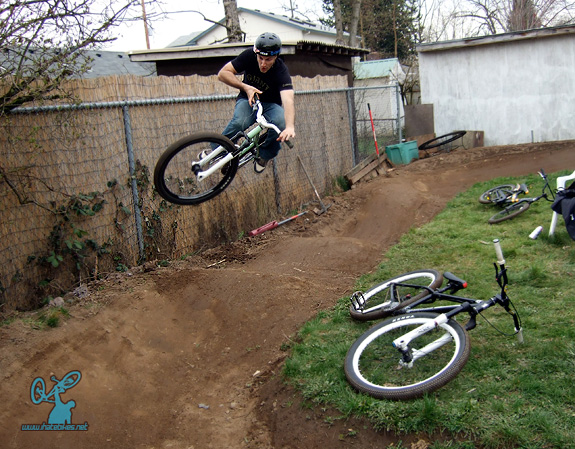 Jim-Bob’s track was a good example of what good dirt, a few 6-packs of PBR, and a few strong shoveling arms can do in a short amount of time. Even with the limited amount of space, you could get way to much speed on this little track. Here’s the hint: it’s all about the turns. Rocker Dave knows how to build a berm, and by your third time around the loop, you had to start slowing down, before the speed and fatigue caught up with you. Running off the track would  be a bad idea with the close proximity of the walls and fence. 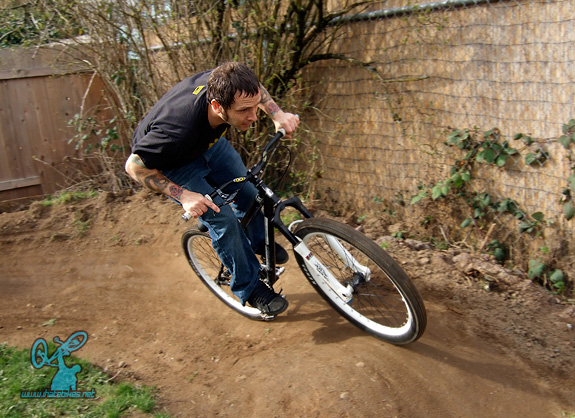 Jim-Bob’s track: a good example of the basic loop pump track layout. (while still maintaining the inner yard) The layout was your basic loop with two straight sections. Each bermed turn had a roller out of the exit/ entrance, with a roller between the two exit rollers. The turns featured a 90degree “L” bend, with a roller in the middle, for a total of 8 rollers.  It was on the small side, but it was a ripping fast little track. The faster you went, the more technical it became.

If not for Jim-Bob’s wife requirement for a grassy yard, a cut-over line or even a figure-eight configuration would have added even more to the basic loop track layout. 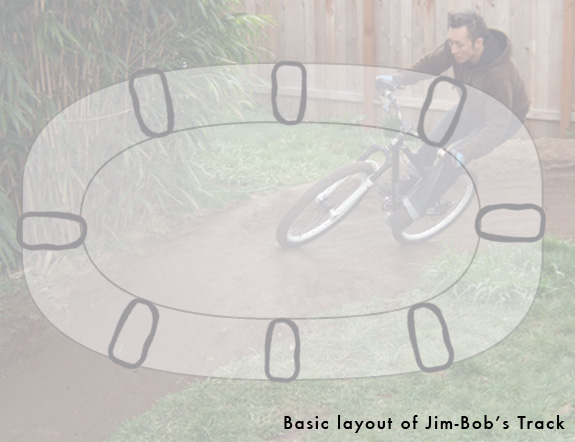 Basic diagram of Jim-Bob’s oval track. Definitely not to scale.