Our favorite secret trail in Ashland, Oregon, while not being at all that secret, has received an upgrade. One of the most enjoyable sections of trail now features actual jumps. Ashland is known for fun and fast lines, but the trails are lacking in providing actual air time. (Which is why the also secret Wagner Creek system in Talent is favored by the freeriding locals) The new jumps aren’t super difficult by any means, (especially since they are less than four feet in height), but a 20″ foot gap jump still constitutes a rating of double black by most standards. While we would have been stoked if they were a bit bigger, the smaller height also ensures (hopefully at least) no intermediate level riders will completely destroy themselves and draw unnecessary attention to the fact we’re having tons of fun in the woods on a trail that hasn’t been officially recognized by the powers that be. (though, hopefully it will be, similar to Timewarp) As most of the trail is sustainable, it definitely is a possibility. Before that happens, a considerable amount of rerouting on the last section would need to happen. (which consists of a number of splinter lines that wind straight down into rutsville- population: you) 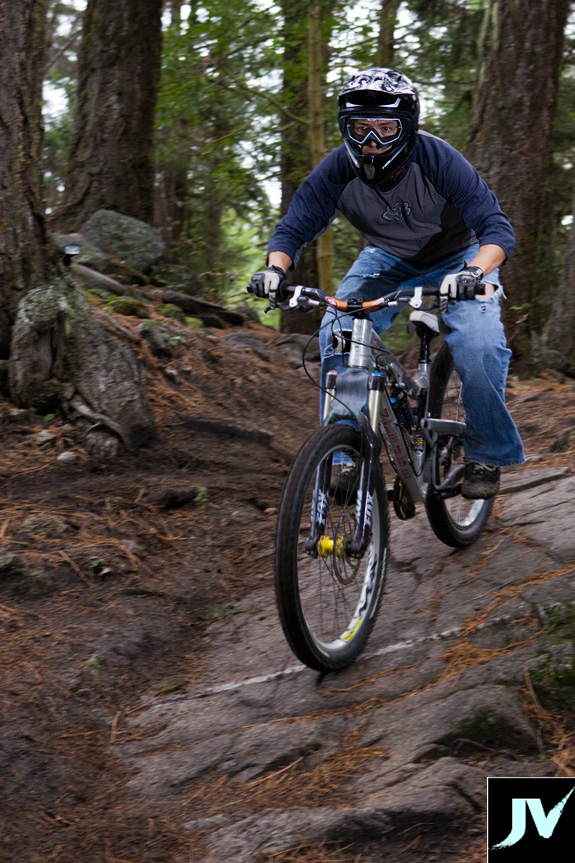 I’ve been listening to the buzz on Facebook about some new stuff that has been showing up, and unlike a lot of the horrible outlaw stuff that was going on a few years ago, the new breed of “wood elves” have been building features that are solid. Stuff that not only enhances the trail and the mountain bike experience, but may actually become part of a legitimate trail system. As opposed to the old school stuff the old hacks were building- things like fall line trails straight down a 40+ percent grade, sketchy wood structures with no clear landing zone, lame kickers to flat landings- all types of rouge building that is sure to hurt access for mountain biking.

But that isn’t what this post is about. It’s about how much fun the stuff we rode was to ride. 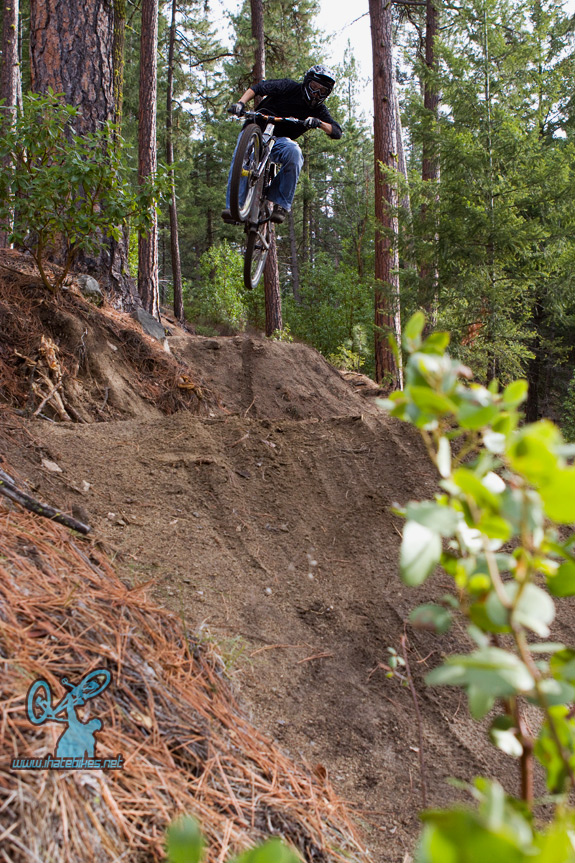 Fun stuff. One of the new jumps.

The run from the Mt. Ashland Ski area or Timewarp to Four Corners, and down into Lithia park has been gaining quite a reputation as being a fun filled ride. And it is- how can one complain about a descent of 14miles or so in length that takes almost an hour, filled with fun swoopy turns and jibs along the way? The only problem with this descent is that it has quite a few stretches of, how do you say, “meh,” to connect a lot of the good stuff. In fact, while many ride DH bikes down from the ski area, for most of the trails, anything of 6″ of travel is bit over kill. In our opinion, a slopestyle bike is the steed of choice for the most trails here- it is just the most fun. 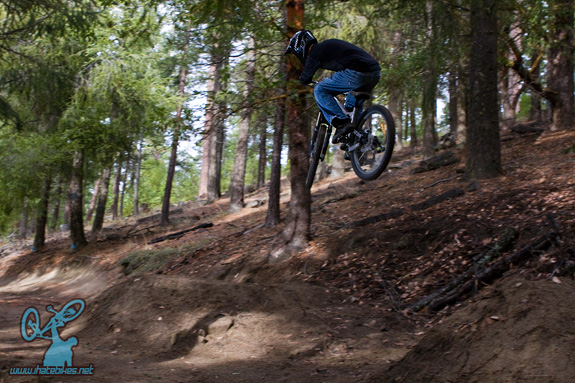 On this trip, I elected to bring my Trek Remedy, built up with a solid set of parts for a decidedly more mini-DH/ play bike/ heavy duty all mountain build. It was definitely the way to go. The new stuff is good, but Ashland trails are less about burly rock gardens, and more about pinning it down relatively smooth tread. My brother Izaak lives in the area, so trips to Ashland double as brother bonding time with a plus: we both ride at a similar level and prefer the exact same riding experience. (going fast and jumping stuff) And since we’ve been riding together since we both figured out how to balance a bike, that means training the lead down the hill, and monkey see, monkey do. 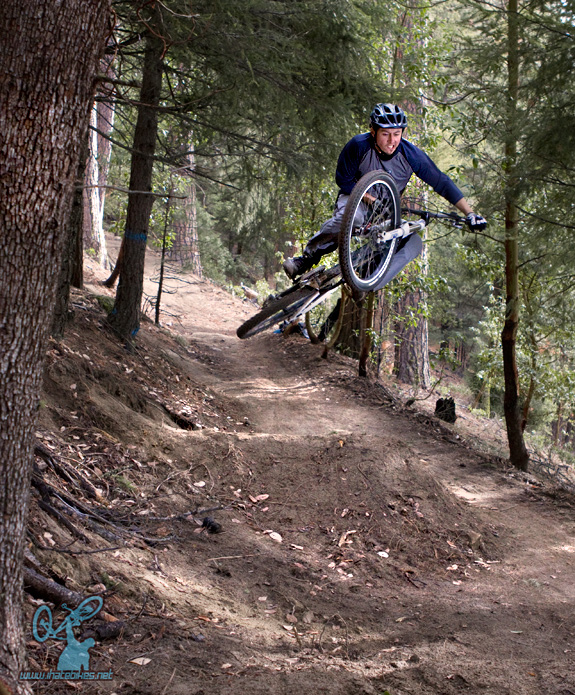 Still dialing the tabletop with 29″ bars on the Remedy, but the Weir face is locked! Shutter by IVH

One of my personal dream trails is remarkably like Dirt Merchant in Whistler. But longer, with more jumps, wall rides, rollers, bermed turns, ect. I wouldn’t say this hits it yet, but for about 20 seconds we were pinning it, booting it, setting up for the next hit, and doing it again, and again. All with big grins affixed to faces. (see picture) 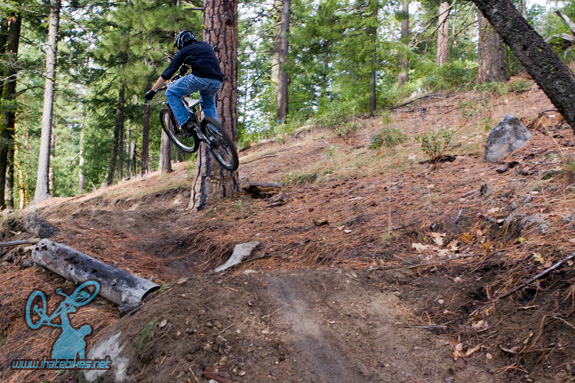 After the first few hits you come to this step up. You might throw in a pedal before this, or add a bit of “pop.” 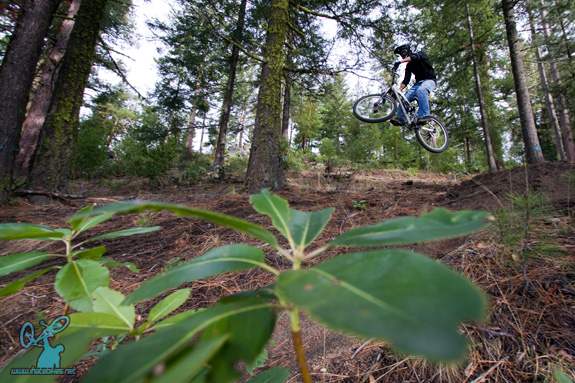 Followed of course by a step down 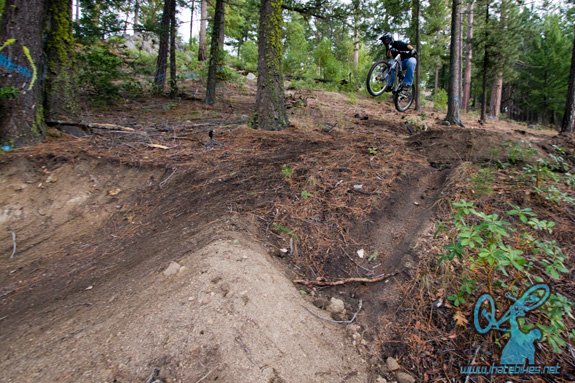 Same step down – pulled back view

This landing for a new step down took a lot of dirt to make happen. I’m stoked on this section because of the cheater line to the right, which is very Inga friendly, and good for our buddies still building up their confidence and dirt jump skills. 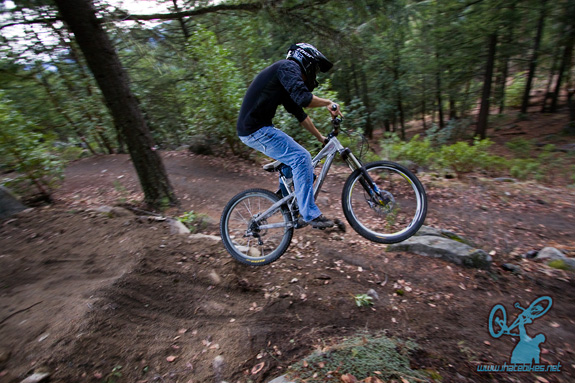 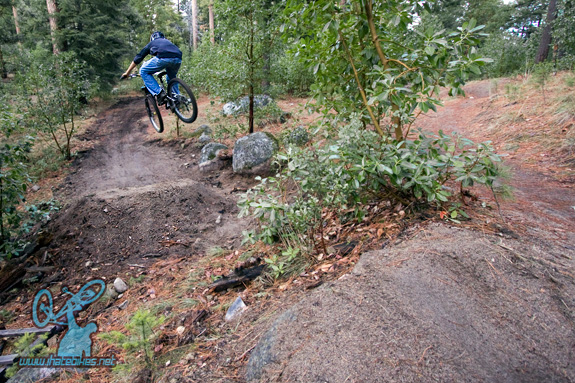 Last step down in the line- The landing has a short transition. Don’t say I didn’t warn you…

The last few jumps are step downs, but watch out for the last one- it is easy to over jump. This hit has been around for a while, but they did improve the lip and landing, although the landing is still easy to over shoot. Staying low and/ or break checking is recommended- my first run through left me with a bit of an ache in my ankles after I blasted it to flat.