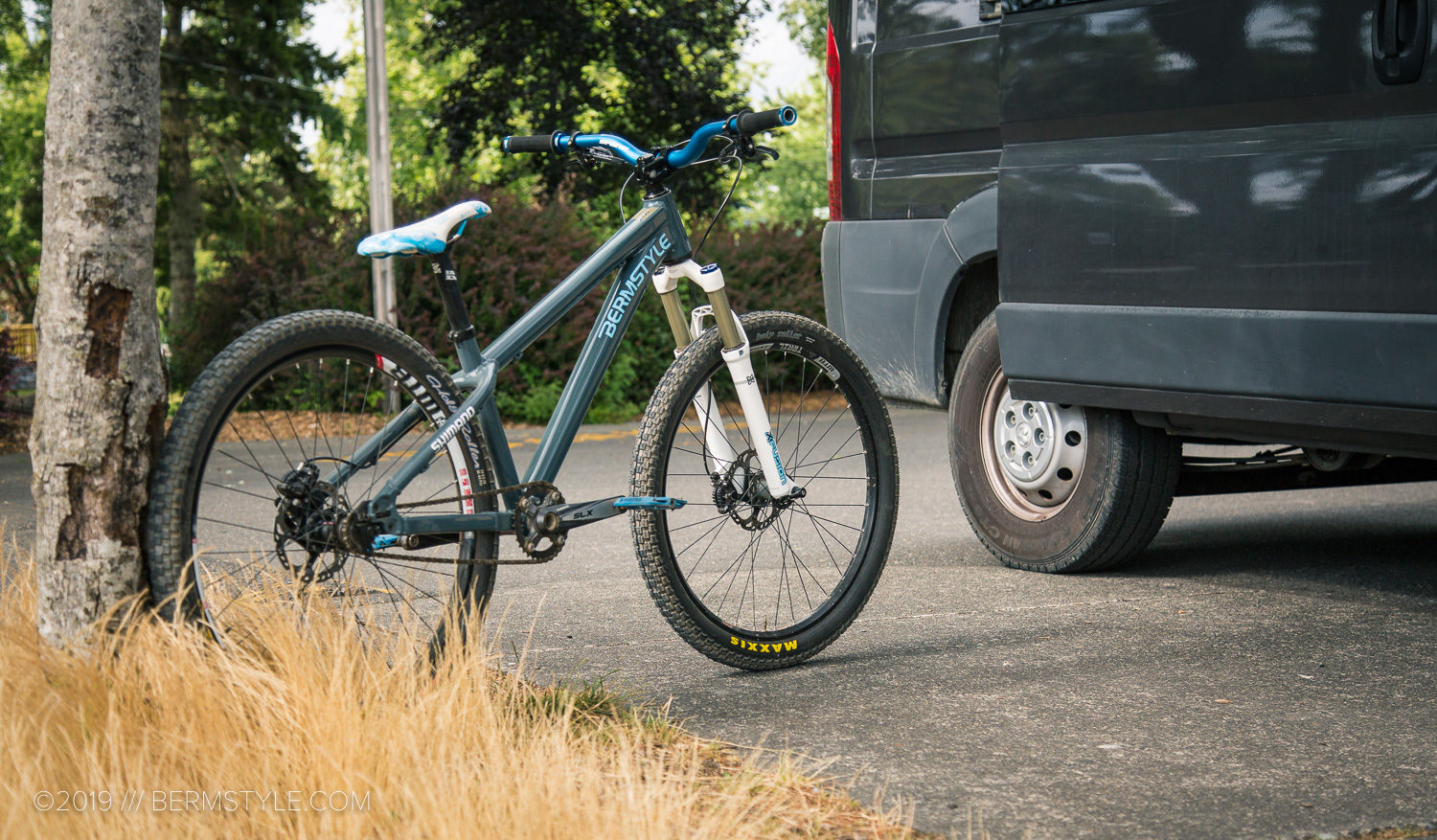 The Santa Cruz Jackal MTB dirt jump hardtail is only available as a frame only, and at $800, it’s on the high end in terms of available options. Because of the high entry cost, unless you have a healthy budget or a fondness for the most choice gear, it isn’t in our top recommendations for someone just starting out on and learning to ride pump tracks, bike parks or dirt jumps. When you getting started, bailing is common, and better the bike than the body. Plus there are far more affordable options available, as well as a healthy used market for dirt jump bikes.

That said, what you are paying for and getting, is frame loaded with all the features found in the rest of the Santa Cruz lineup, and if you’re looking to upgrade to a versatile, rock-solid chassis, this might be the one you’re looking for. 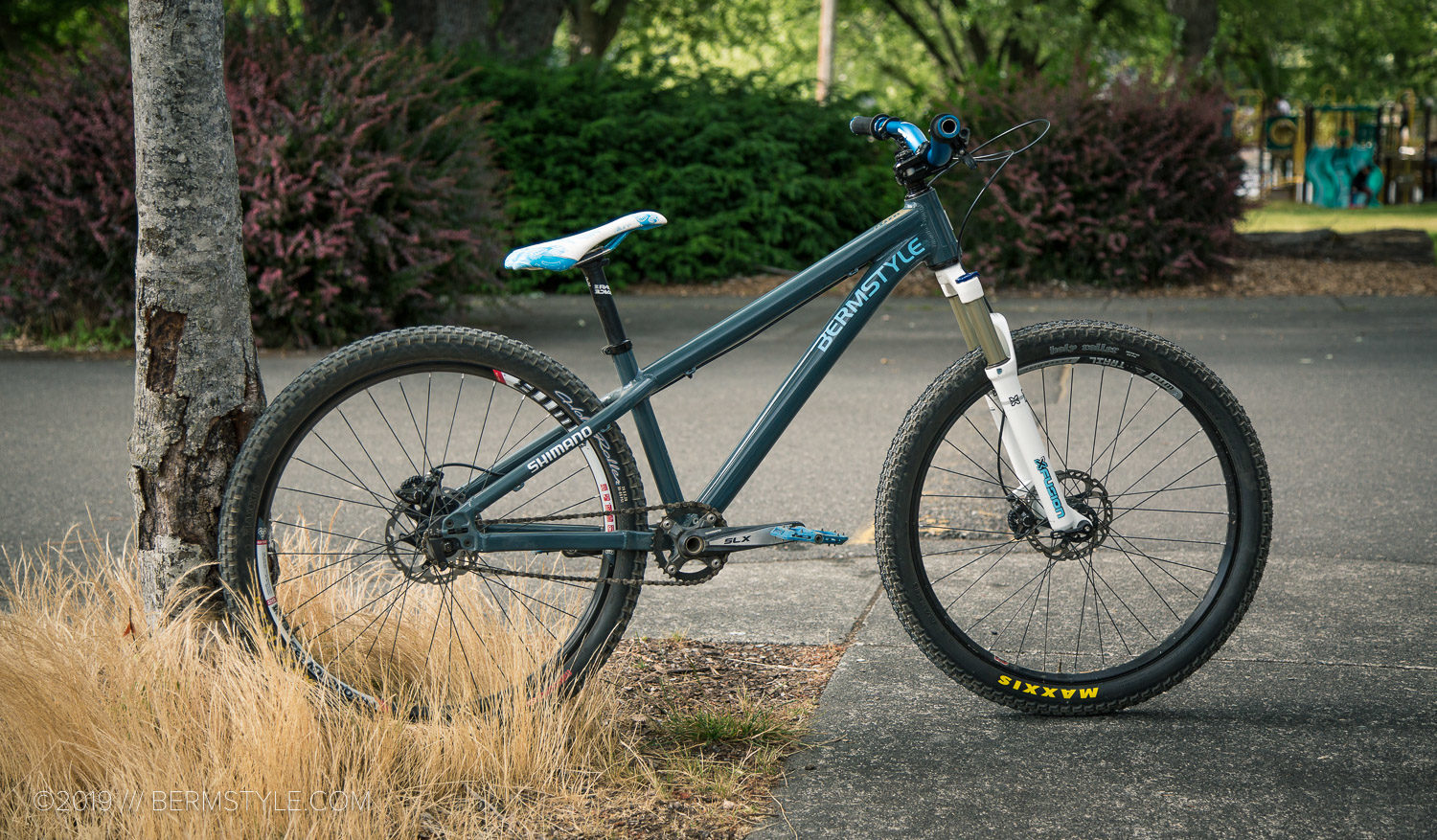 Since its release in 2017, aside from a yearly color update, the Jackal has remained unchanged. This is a good thing, as it can’t really get better with spot-on geometry that excels in its intended use as a 26″ wheeled, MTB/BMX hybrid for playing in the dirt.

With the most dialed-in sliding dropout system around, single speed set up is a cinch, and should you want to get crazy and add gears for some reason, it’s ready to go. With a tapered headtube and 30.9mm seat tube, you could even add a dropper post and hit some trails. Ok, that would be weird, but I have to admit I’ve actually considered it at one point just to see what it would be like.. 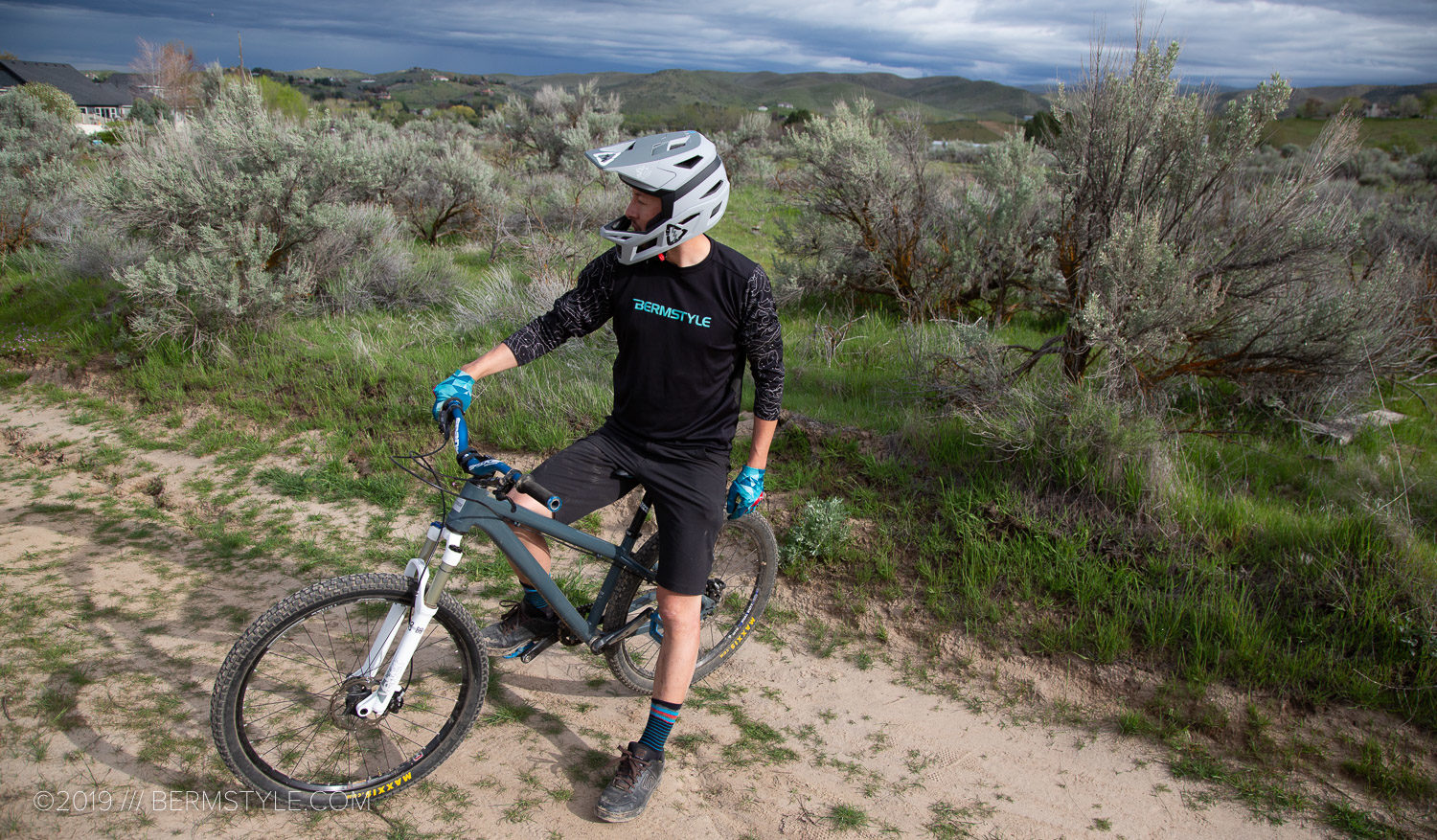 It’s a dirt jumper with an extremely rigid alloy frame. You’re going to feel every bump, especially because if you know what’s up, you’re running a ton of air pressure in your tires. That’s the whole point of a dirt jump bike though, building your skillset. I did change to a 2.4″ Maxxis Holy Roller in the front, with the 2.25″ version as the rear tire which does help cushion things a bit, considering I used to run light weight 2.2″ tires on my dirt jump bikes back in the day.

Two seasons ago, I built up my first Jackal, after years on a steel Riot (I have a Mob frame lying about as well) dirt jumper. There was nothing wrong with the Riot – it’s solid. Truth be told, I just mostly just over the color; plus the Jackal is one sharp looking bike. Documenting the build up in this post from May of 2017, the build hasn’t been super flashy, just solid, reliable parts I happen to be fond of, or just had stashed away in the garage. 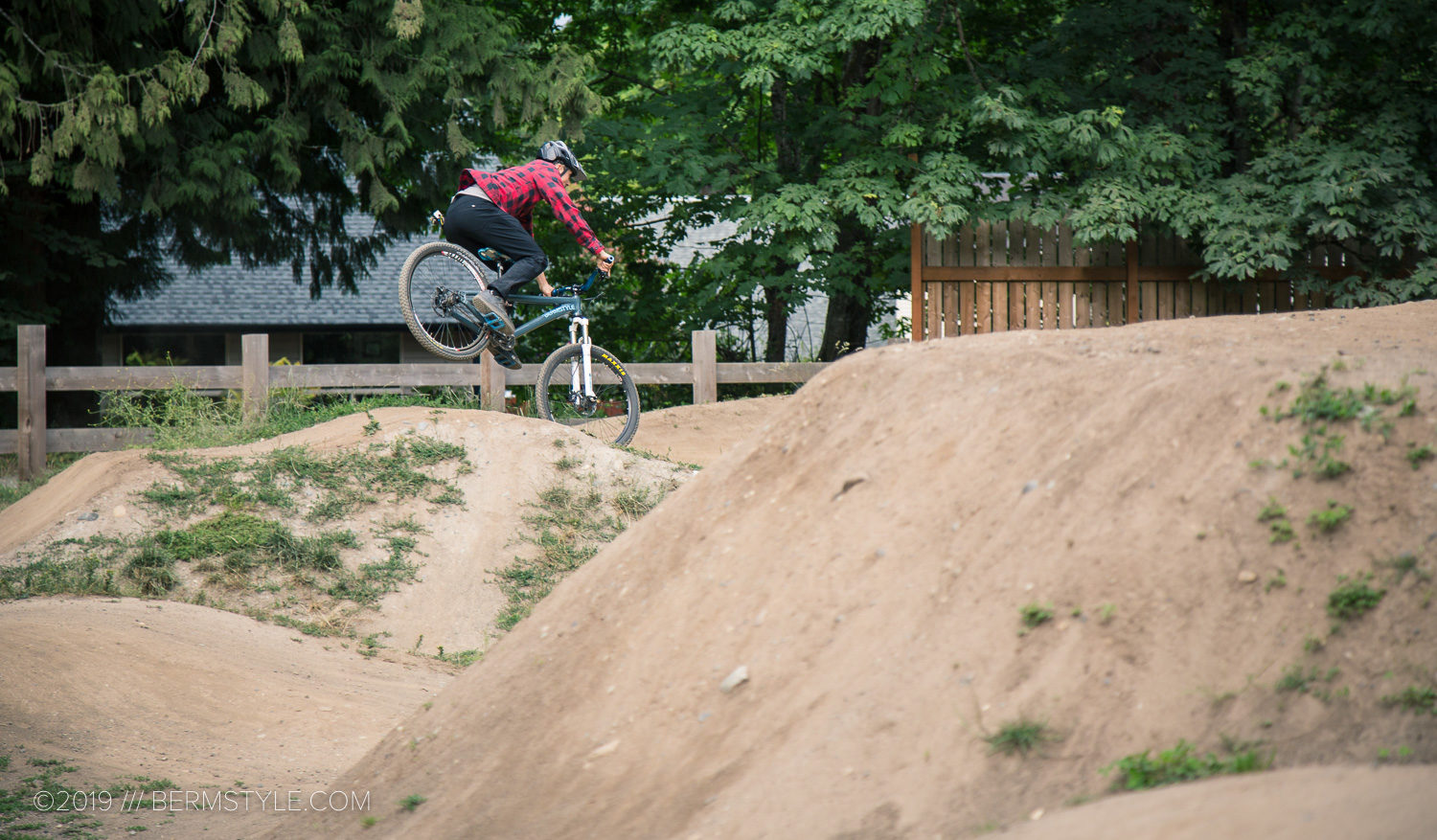 At the time, I had been struggling with what size to choose. According to the size chart, the large/long was recommended. I ended up choosing the regular and as it matched the reach of my previous bike things seemed fine.

Unfortunately, after becoming accustomed to bikes with longer reach last year, all the bikes in the quiver have been changed out. It’s been a bit of a time-consuming process, but now that we have larger dirt jumps in the neighborhood park, a longer frame just made more sense to me, as the longer reach adds confidence needed to rock the higher speeds. 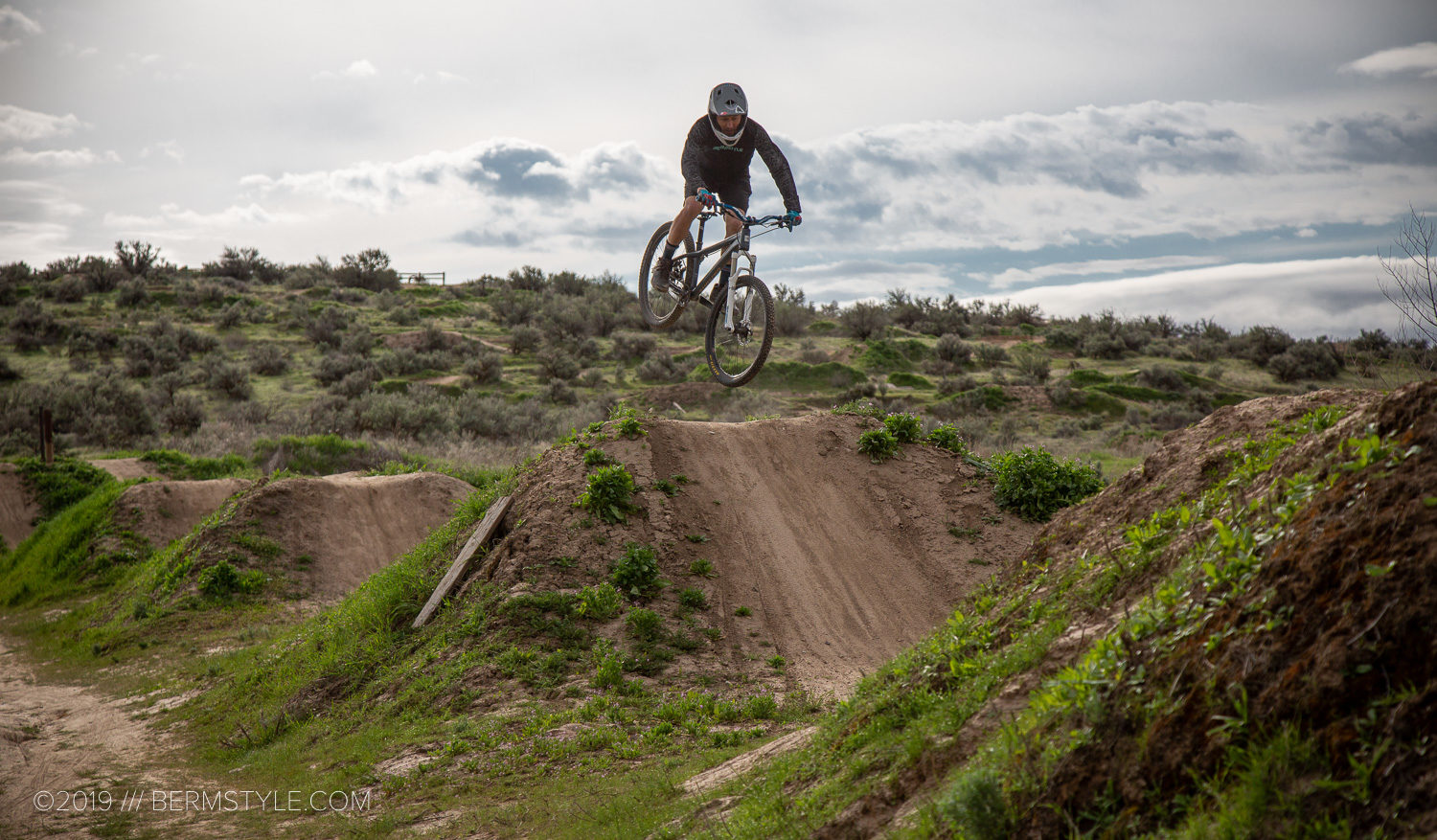 Eventually, I just bit the bullet, and reaching out to my guys at Santa Cruz, handed over the credit card and had a new shiny frame shipped my way.

But I’m a mountain biker, and this is a dirt jump bike aimed at mountain bikers, not 20″ riders. I wish I had simply chosen the larger frame now, especially since I’ve become accustomed to the longer reach all contemporary mountain bikes are being designed with these days. The longer reach adds stability, and further takes the Jackal from the 20″ BMX space, and more into the MTB space.

If you’re a mountain biker comparing it to a modern trail bike it still might take some getting used to, but its way easier than going back and forth to a BMX, but I find it provides all of those fun feels the little wheels used to provide. Occasionally I miss having pegs and the option of beating a small steel bike up on every ledge in town, but I don’t miss always being on the run from the local security or the sore wrists from a day of streeet riding. 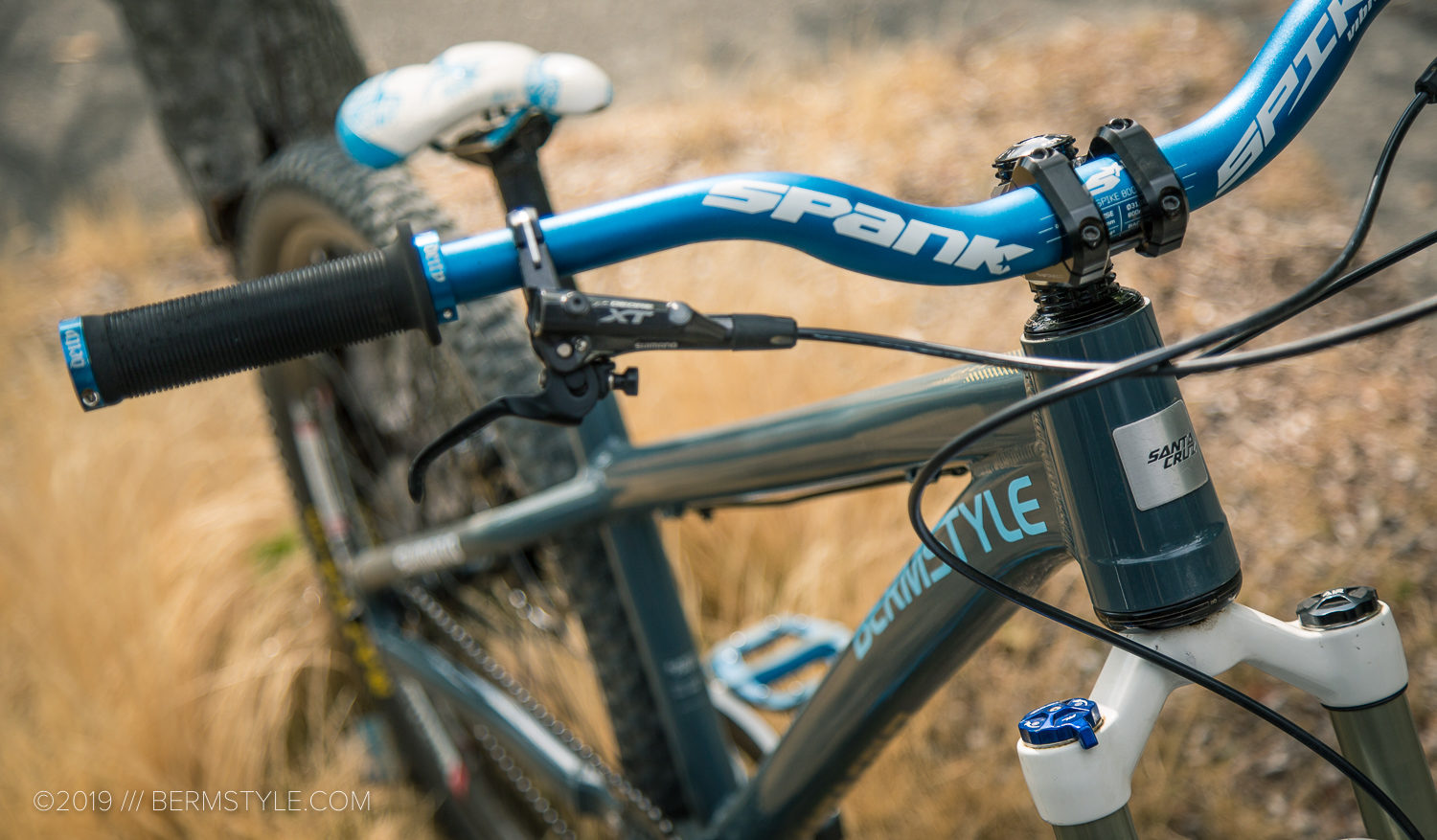 While I had planned to do a fresh new build, the reality is that I didn’t have the resources available at the time, so most of my components were just migrated over. The biggest change was the move to Shimano XT brakes. I was running Zee before, but the XTs are and have been a favorite, so I just had to do it.

I also added a taller bar from Spank Industries. I’m over the low bar trend, plus the Spike 800 Bar with Vibrocore features a proprietary foam that provides vibration damping. While I have a carbon bar that would have been pretty high-zootin’, that doesn’t make sense on a bike that will eventually be ejected mid-air. (repeatedly) Plus the Spike features a blue anodized finish and is shot-peened for additional fatigue resistance. After reading up on shot-peen finishes vs smooth, I’ll only run shot-peened. 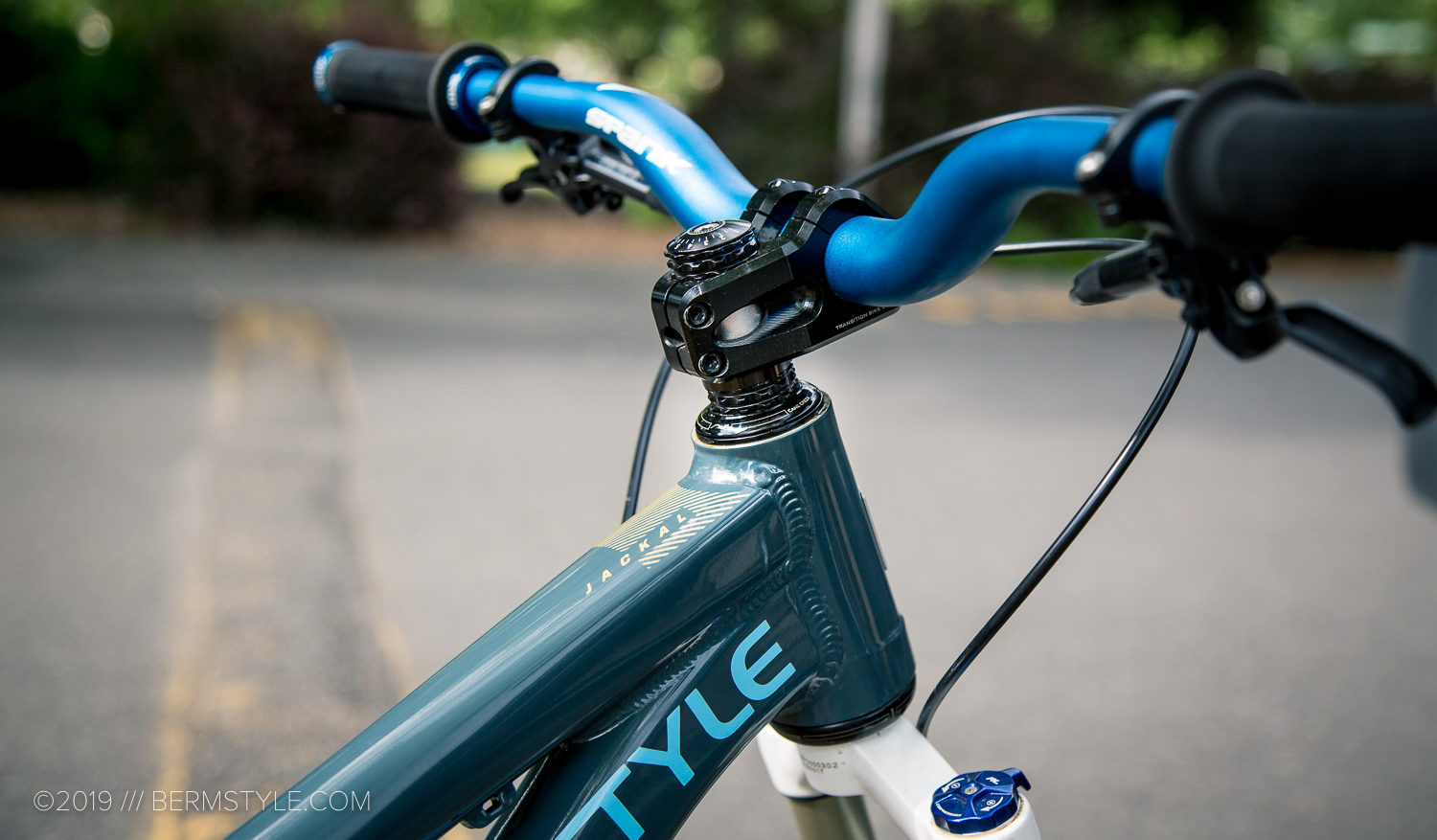 I also borrowed a rear wheel from another bike in the garage that featured a DT Swiss rear hub. This thing is sweet; it originally was from a Santa Cruz Blur LT, and I relaced it with a new rim a few years ago. I’m toying with the idea of relacing the wheels with a matching anno blue Spoon 32 rim from Spank at some point, (update: the Spank Spike Race 33 rim would be a better match as its lighter) but it’s still running straight and true. If I start practicing fly-out 360s again, we’ll see how long that lasts! 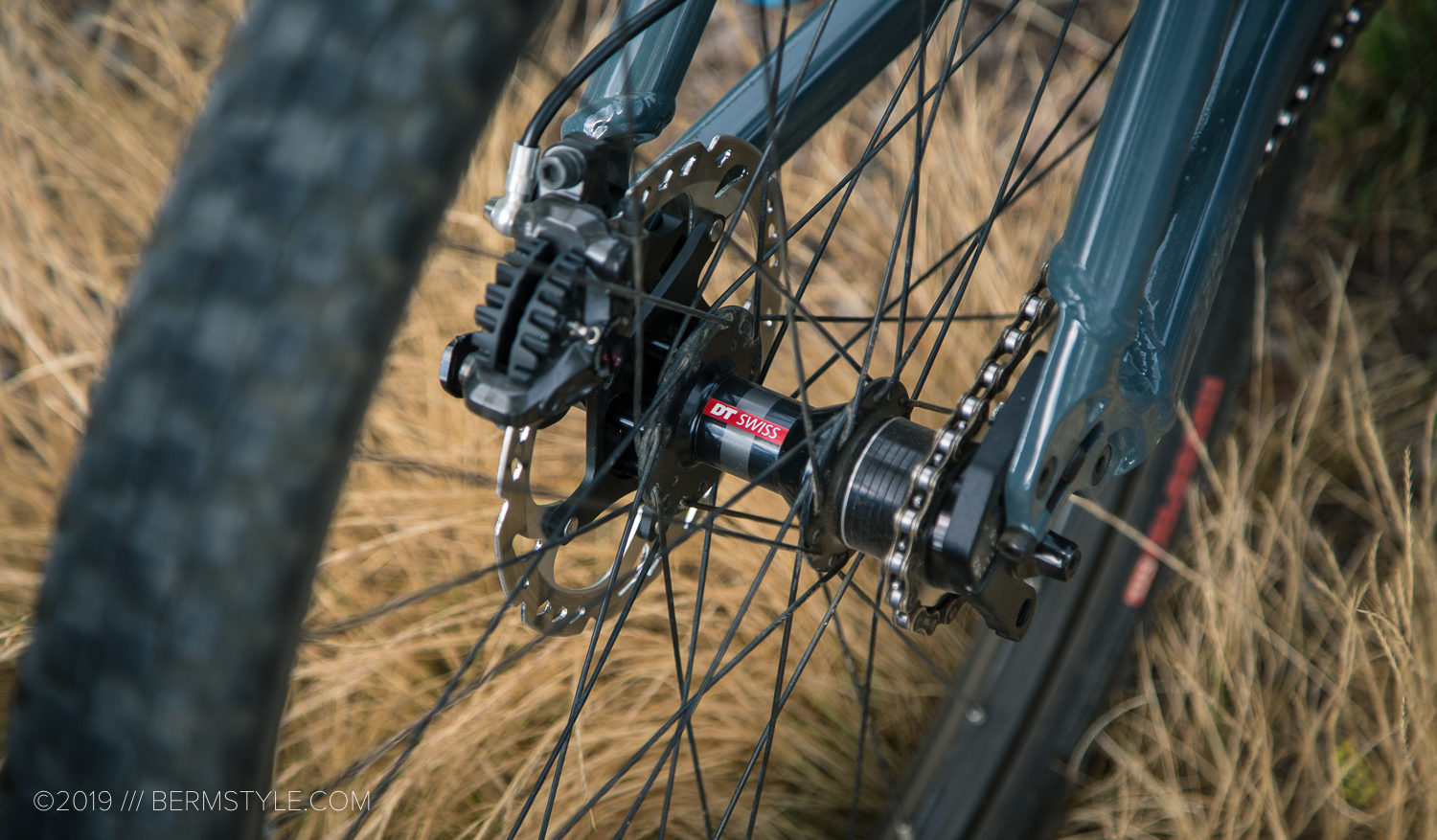 I stole Inga’s SDG Allure Saddle again for the build. Previously she let me borrow it, but then took it back. It’s mine now, (for now at least) though the Allure in the Dakine colorway looks pretty sweet too. If I start dirt jumping a lot more, I may need to go back to an I-beam model. The sad reality though, is I’ve mostly been riding the bike on pump tracks lately as we don’t have a lot of legit dirt jumps close by. While there are some decent size wood jumps at the Gateway Green park, they all have tabled landings so I don’t really count them. ? This winter, its time to break out the shovel again! 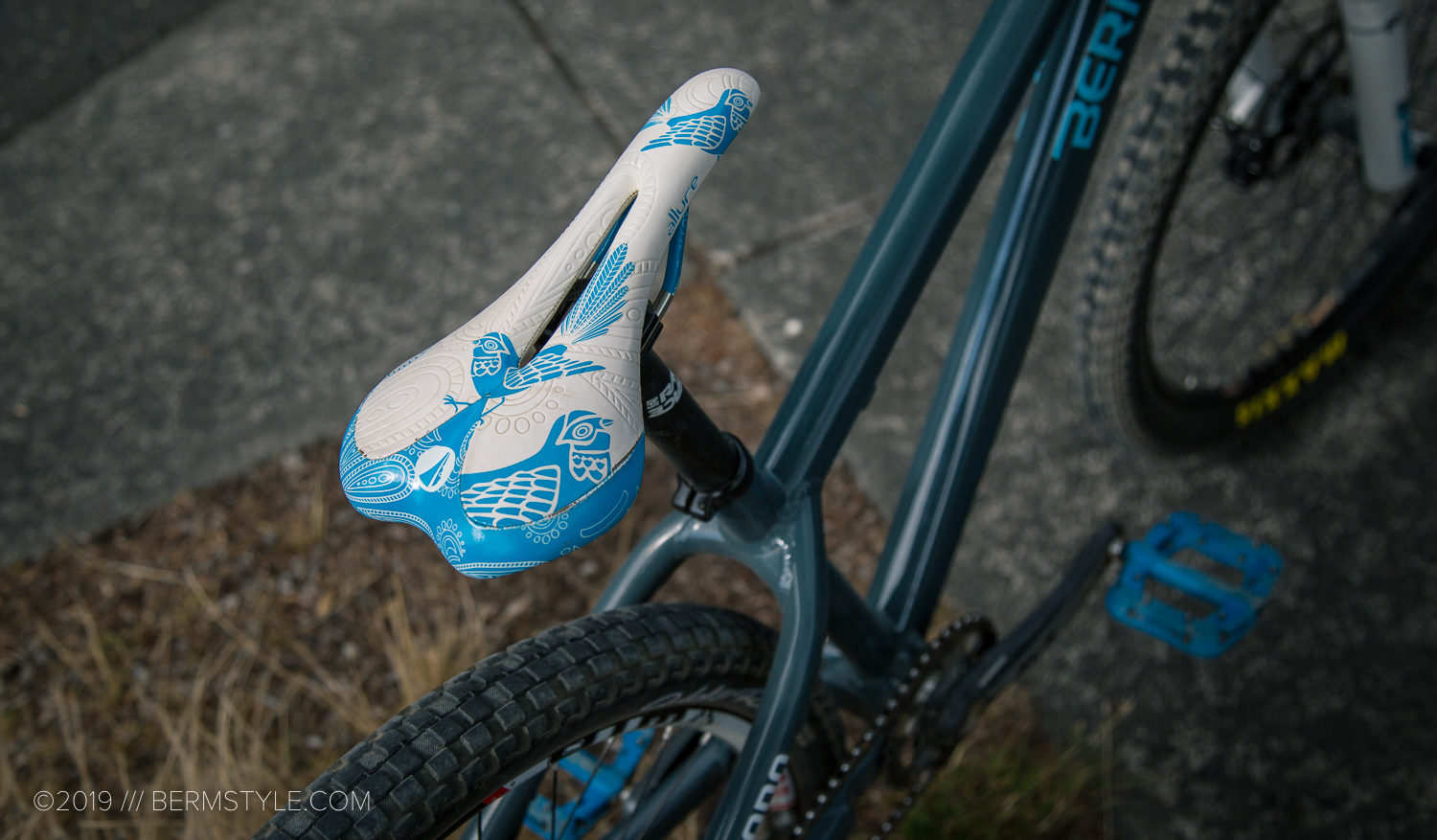 Blue Raceface Chester pedals continues my Bermstyle blue color theme, and adding some custom Bermstyle decals via the boys at Stickrd has me totally stoked. (they also supplied Bermstyle blue X-Fusion decals for the fork to match)

Now I just need to rally more riders to get back on the dirt jump hardtails – and build some more pump tracks and dirt jumps!

The 2020 color is silver, so it looks like mine is dated.. I really liked the black of my 2017 but the greenish-blueish color has grown on me. Check out the Santa Cruz Jackal at SantaCruzBicycles.com