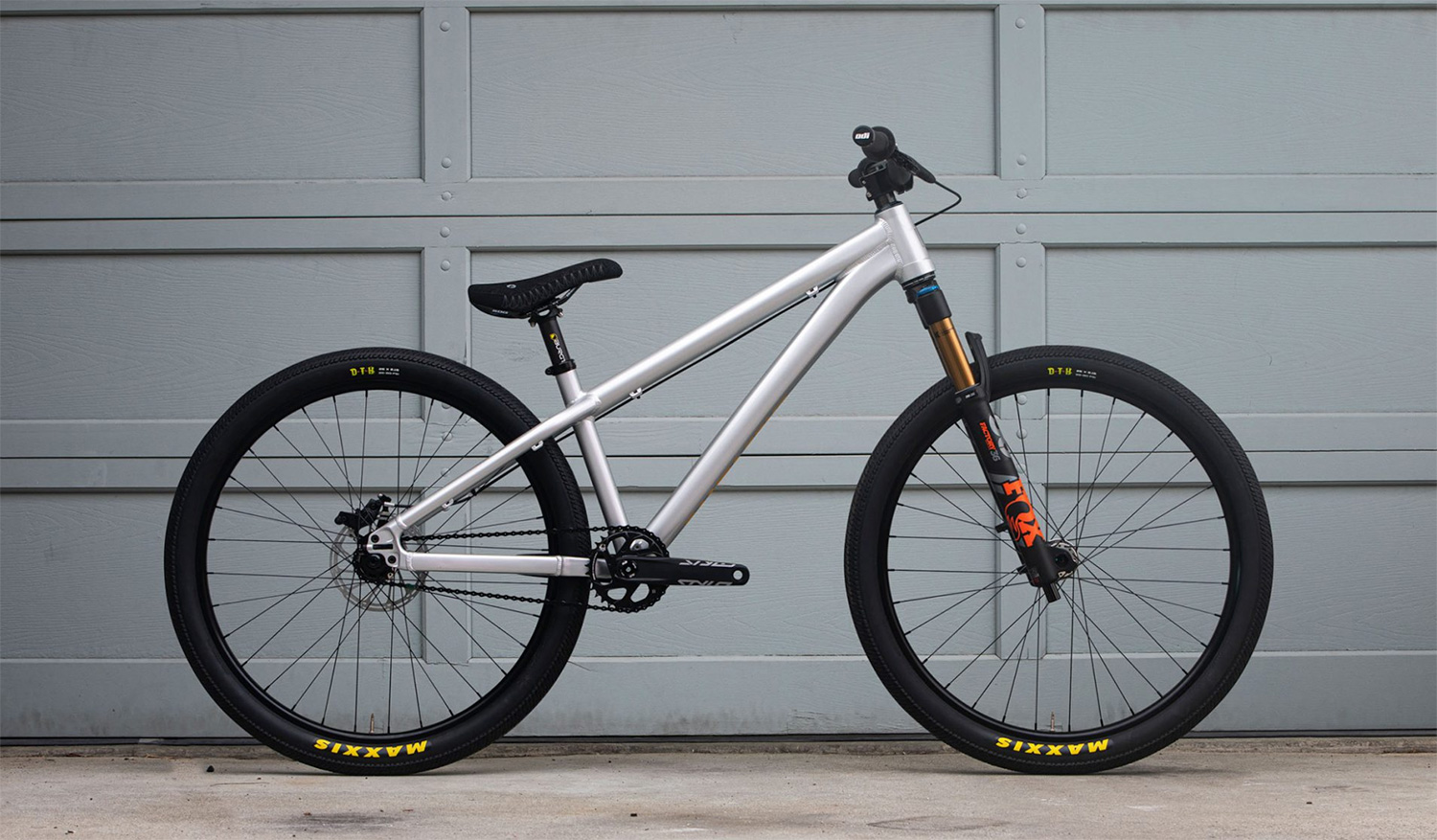 Question — Jon H. writes: Hi, stumbled across an old write up on the Jackal frame size.  Have you been happy on your short? I am 5’10 and have been struggling on their sizing.  I mostly ride the pump tracks and small/med lines with my son on an old Giant STP and have been looking to upgrade.  Think I should go Large? thanks, Jon

Hi Jon, that is a good question. One that I struggled with myself, and having made what I felt was the wrong answer, ended up as a pricey mistake. That said, the answer can depend on what you’re looking to get out of the bike, what you’re used to, and whether you value high-speed stability or maneuverability.

Now that I’ve owned both the size medium and size large, I’m quite happy with the large. I primarily ride it on dirt jumps and pump tracks, and seeing as how all my bikes have grown in reach, it felt better to migrate to the larger size.

However, when I visited our local indoor bike park, and ride the ramps there, I occasionally wish I was on the medium, which is much easier to maneuver when airing out a quarter pipe.

To make the large a bit more like the size medium, I took off the 50mm stem I’ve been running since, well, forever, and put on a shorter 40mm, which has helped considerably. I may try a 30mm if I get back into riding ramps again. Unless you’re planning to ride a ton of street, I’d say that following the size chart on the Santa Cruz website is the way to go here. As you’ve no doubt discovered as a fellow person coming in at a height of 5’10”, we’re often on the cusp between sizes. In this case, Santa Cruz recommends a size large and we agree with this assessment.

The Santa Cruz Jackal’s geometry chart hasn’t changed in over three seasons.. if it isn’t broken..

Yesterday I cruised around the neighborhood (shelter in place restrictions) on the Jackal where I enjoyed some manuals, hopping over some curbs and a few laps through the local skatepark, reinforcing forcing that – with the 40mm stem, the bike still feels small compared to my regular trail bike. For me, definitely size Large for the win. 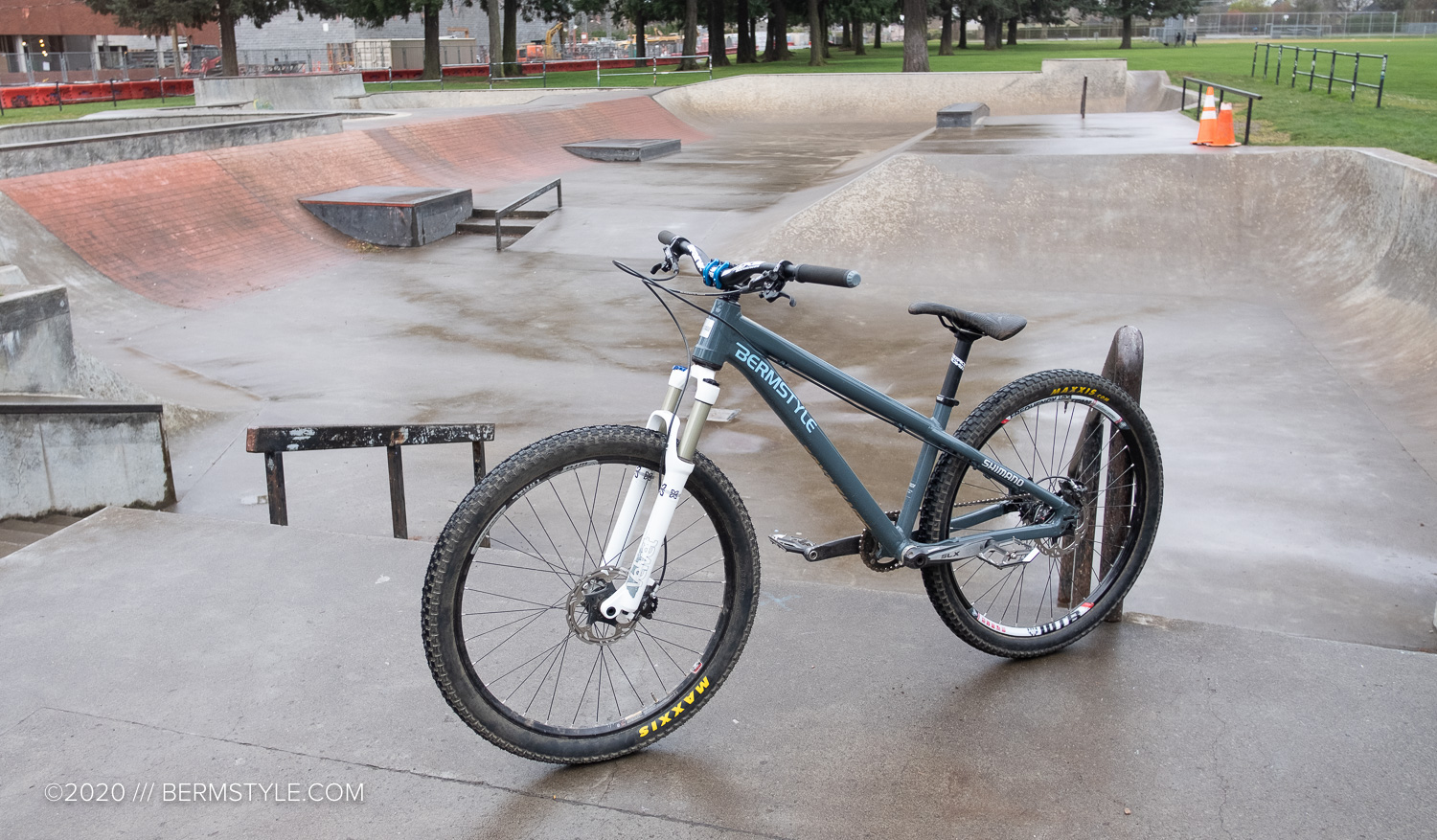 That said, if you can score one used on the Pro’s Closet, that’s the deal..

I’m still playing around with bar height but I’ll definitely be going back to a bar with at least 40mm of rise.

I recently took my revamped Santa Cruz Jackal to a park to ride ramps. It as the first session on the bike in a while. The longer reach, which works so well at speed on larger dirt jumps and pumptracks very much worked against me in terrain designed for 20″ wheels.

Like BMX race bikes, riders generally choose longer bikes with longer wheel bases for racing and have a shorter, more freestyle build for freestyle riding. As in everything bike, if we optimize a bike for one application it tends to suffer in others. Le sigh.

Ask Bermstyle: Why chose a lighter weight XC fork for your Jackal?

I ran across your Jackal build and love it.  Everything thing about it is sick!  I am actually doing something of a similar build, but on a much more strict budget with an old Trek Bruiser1 frame.  One day I will upgrade the frame. One thing I found very interesting concerning your build was the fork choice.  Correct me if I am wrong, but this is more of a XC fork, correct?  Did you do anything special to set it up for DJ and pump tracks?  Has it held you back any?
I am trying to decide on the fork choice for my build.  My focus is a play bike.  Pump track, urban, DJ, trail, etc.  You are a much more skilled rider than I, and if an XC fork works for you then I might add that to my search.  Maybe a RockShox Recon.   I don’t go super big, just go out, session and have a good time.
Thanks for sharing the build up of the bike on Bermstyle.  Thanks for your time!

Thanks for writing. You definitely have me there – the X-Fusion Velvet is indeed a lighter weight fork. Featuring a 32mm chassis, its nowhere as stiff as a 34mm or 35mm Pike fork. In fact, X-fusion classifies it as an XC and Trail fork. To set it up for DJ and pump tracks, you just add a ton of air pressure.

That low weight of 4lbs/1814 grams is quite compelling though. X-fusion made their forks very easy to work on, and adjust the travel internally. In fact, Jimmy Donahugh, previously the chief fork tech at Push who is now at SRAM working for Rockshox in the suspension department helped me adjust the travel on a Velvet years ago. I can’t really take the credit on choosing this fork, I was just copying the fork choice the local pro riders I occasionally rode with. (the Black Market team was running them) I figured, if they could get away with running it, I certainly could. (disclaimer: I also had friends that worked for X-fusion at the time as well)

The lighter weight (almost a pound over a Pike DJ) makes it easier to bunny hop, and it feels like it flies though pump tracks in comparison. I’m also running SLX cranks over Saint cranks, and the goal of my build was something lighter and more nimble that makes me feel like a super hero.

I’ve run a few of these forks now, and as I don’t dirt jump as much as I used to, don’t have any issues with it. When I was riding big dirt jumps, the occasional case was definitely a bit much for this fork, and they definitely develop a creak over time.

The availability of the Velvet in a 26″ wheel and straight steerer was a bit part of this choice, as was the sticker price. If in doubt, a dirt jump fork, while being much heavier will be more reliable over time. The cool thing is that X-fusion still makes forks that supports the 26″ platform; the Slant can be adjusted down to 100mm of travel and should be a bit more robust with 34mm stanchions. I don’t think you’d be able to find one with a straight steerer though, if you needed a 1 1/8″.

In terms of DJ forks for the money, Manitou offers the Circus as their slopestyle option for dirt jump bikes in a number of travel and steerer tube configurations. They run under $500 retail which makes them the best forks for the money I’ve tracked down. The Circus Expert runs around $450 and only weighs 4.3lbs. I’ve run them in the past and they’re a dang good fork for the buck. As my Velvet is more than a few season old, I’m considering trying one out; plus I’m really just ready to go back to a black fork… 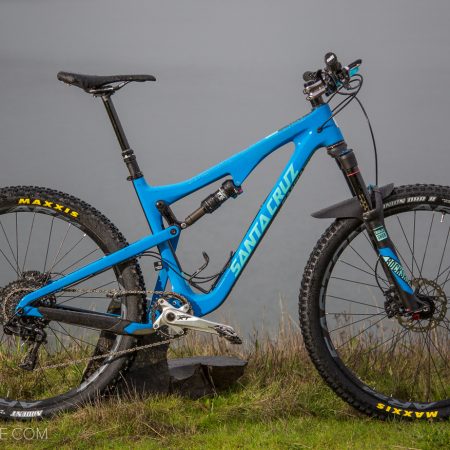