I finally got out to ride Mr. Toads a few years ago, and it was a really fun trail —worthy of seeking out to experience. It was a lot more fun than sections of the Flume Trail and Rim Trail we’ve ridden, two XC rides that weren’t as exciting as we had hoped on longer travel rigs. After a discussion with Nat Lopes about building table top jump lines last year, (Nat and his company Hilride consulted on the project) I was looking forward to seeing the jump line on lower Corral. The Tahoe Area Mountain Biking Association is the local bike club in the area, and they’ve been posting updates on their build days on the trail. It looked really fun, so we planned to spend a second day in Tahoe exploring the trails.

It’s actually pretty easy to get out there and find everything, and we found a few webpages with some great descriptions of the possible loops we could do. TAMBA has a great PDF map on their site I downloaded and saved as a Google doc to find our way around.

Using the map, we found our way to Oneidas Street and headed in. It’s a popular spot, and easy to spot with carloads of bikes heading in. There were two parking lots, and we elected to head all the way in. The club was doing trail work that morning, but had wrapped for the day when we arrived. Curious to see what they’ve accomplished we elected to head straight in to the lower Corral Trail section. We began pedaling up Powerline Road. Instead of pedaling straight up to Cedar, we took the scenic route and headed left on Railroad Grade Trail. 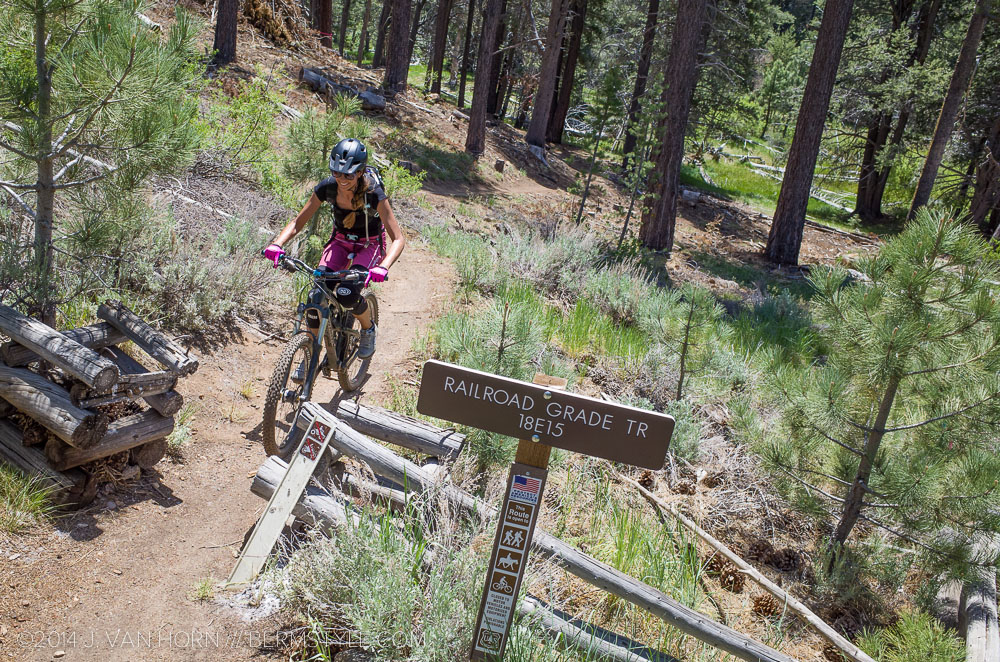 Railroad Grade was a nice and scenic warm up twisting its way through the woods, and at the parking lot, we turned right on the fire road connector back to Powerline Road. The area of OHV friendly, which explained all the whoops on the surface of the trail/ double track. We took the first left and headed up Cedar Trail. 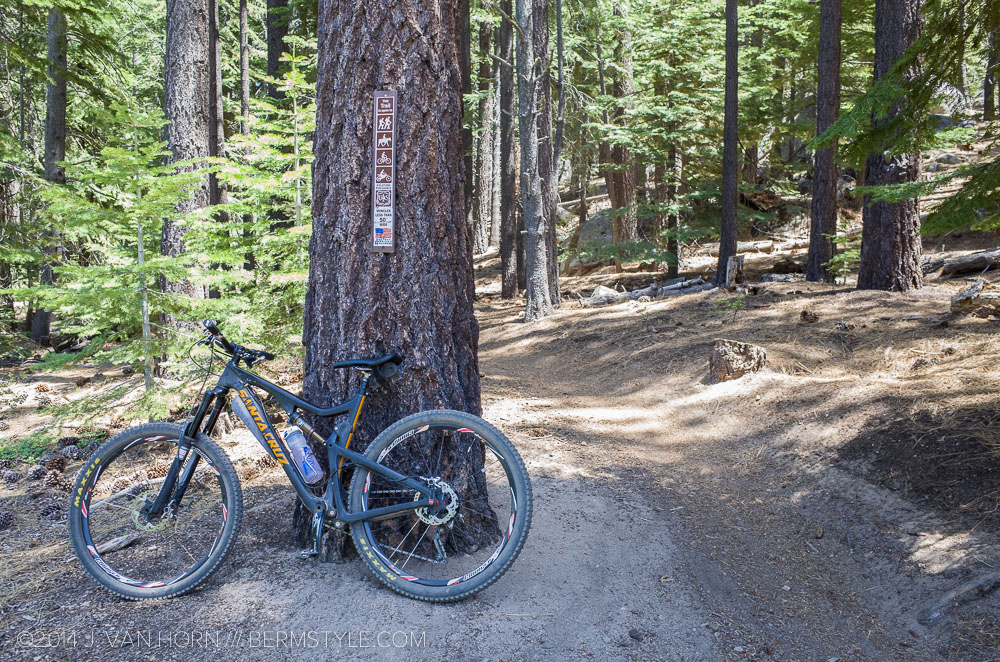 Taking a left up Cedar.

Cedar, at just under 2 miles in length, is a mellow ride rated as a beginner trail. Although the tread is fairly tame, the rollers and berms made for a fun time. 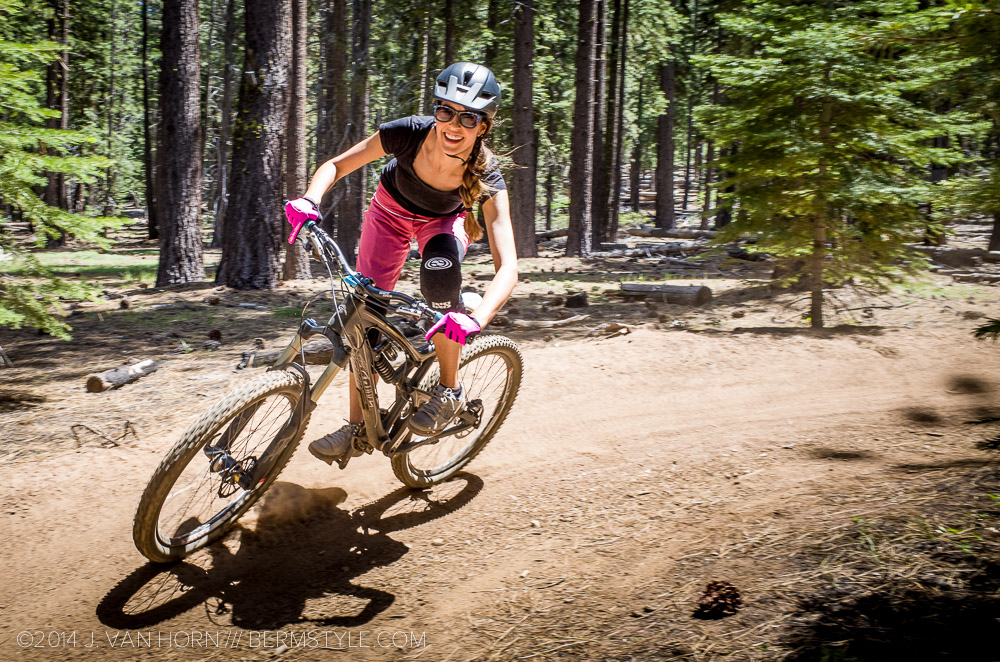 Inga is all smiles on the bermed turns of the Cedar Trail.

From Powerline it’s mostly uphill, but the treat was when we hit the intersection and dropped into Corral. 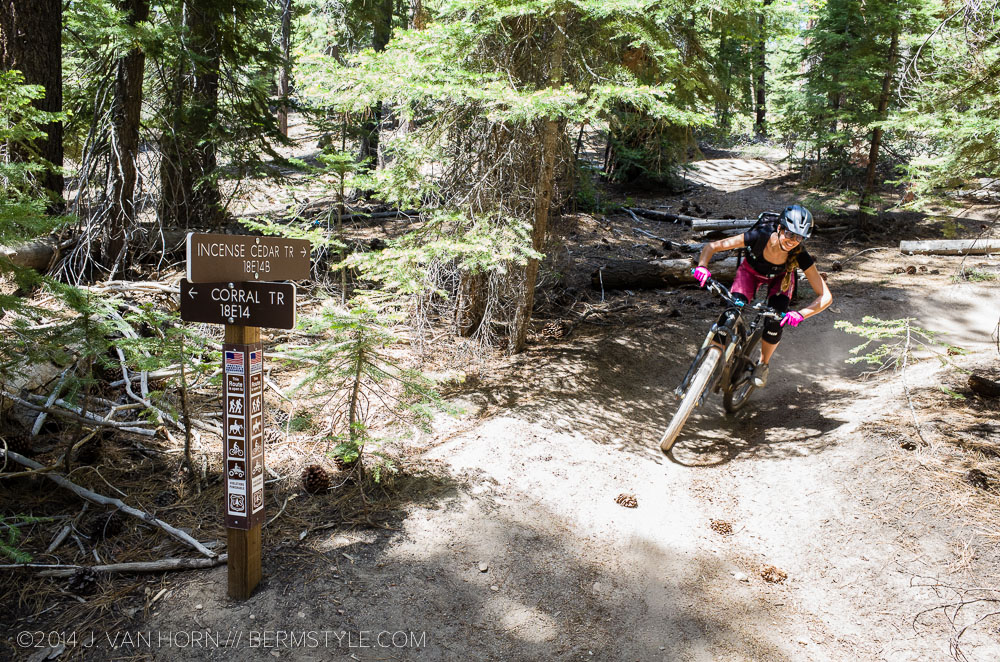 The highlight of Corral of course was the tabletop jump line at the end. Starting small, they slowly grow in scale, and although their height is never intimidating for novice jumpers, as you gain speed, they get pretty long. 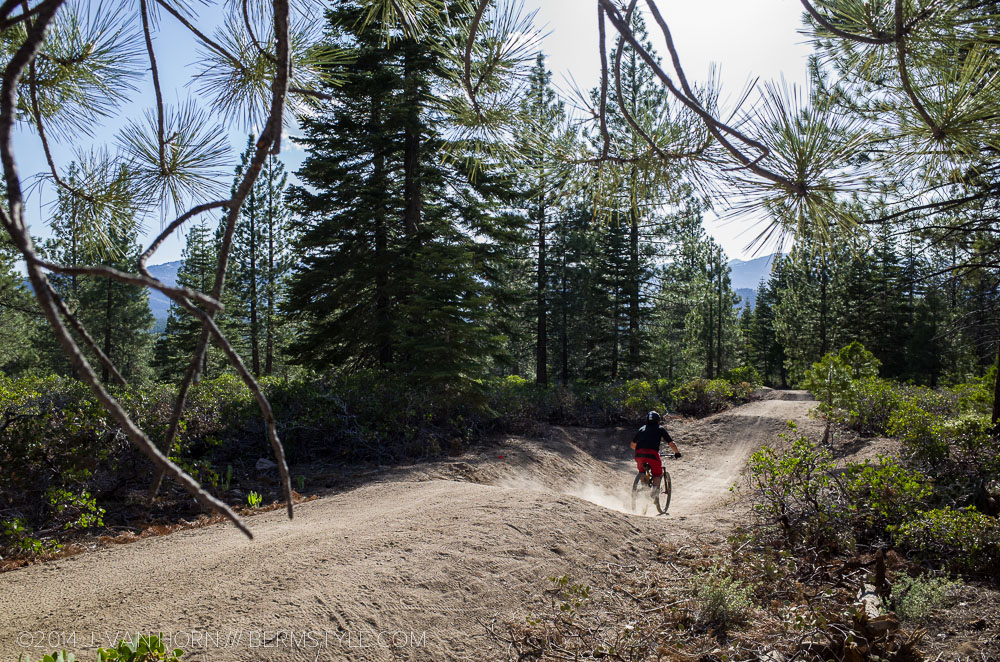 Motoring through the table top line on Corral. 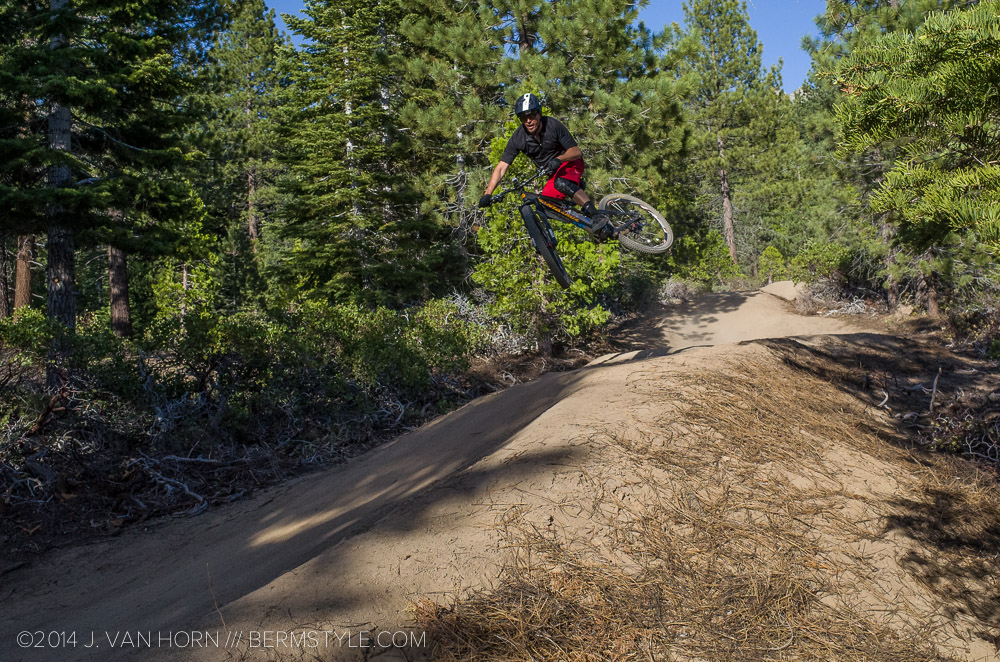 The line flows well, and I aired everything to the transition easily on my first time through. If anything, I was generating a good amount of speed pumping the backsides of the first sets and over jumped a few. I found myself brake checking the last jump, but probably wouldn’t need to if I dial in my scrubbing technique. The line was really fun though, and it was the first time I really had the chance to air out my Santa Cruz Bronson with my recent cockpit changes. (My large is finally feeling pretty good with an uber short 30mm stem)

At the bottom of Corral we took a left and headed back to the parking lot for a quick snack and visited with some of the TAMBA trail builders, who were more than friendly and gave us some good tips on routes to check out next time we’re visiting. (thanks for all the good vibes fellas, we’re definitely planning to spend a lot more time in the area)

After lunch we followed the pavement to the right out of the parking lot and began the climb up Fountain Place Road. The climb isn’t horrible, but as it is shuttleable, I’m looking forward to using our vehicles next time so that we can get more time doing the fun stuff: descending.

We stopped just short of the Armstrong Trail. Next time I’m making sure to head all the way up to the Pass to take a look around. 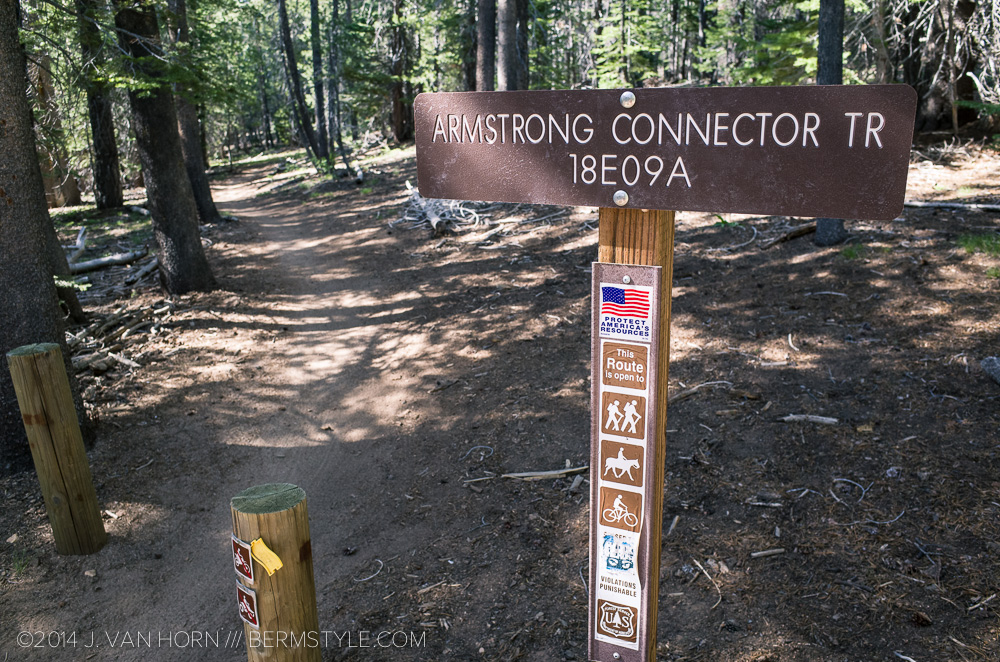 About to drop into the Armstrong Connector Trail.

The Armstrong Connector Trail was super fun, and boast some great views. One thing I can’t get over are all the large rocks, which just look cool. 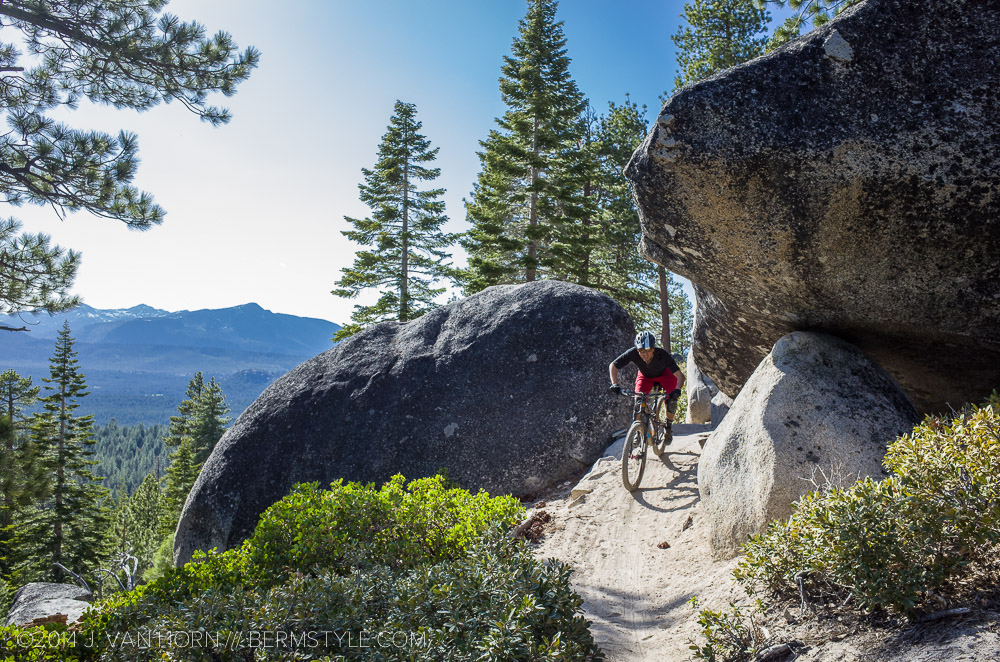 Some of the rock on the Armstrong Connector.

Of course we stopped often to snap shots of the epic views. We also need to go back and hit the Sidewinder Trail.

*This map from TAMBA is solid.

*This page on Southlaketahoe.com has really good descriptions of what you’re in for. 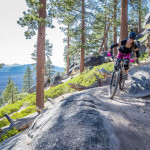 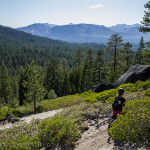 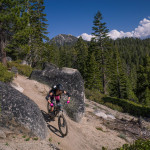 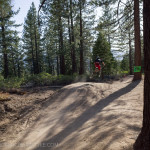 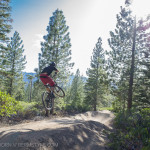