The Northstar Bike Park opened for the 2014 season this weekend and we made it a point to be there for a day of gravity fed riding. The jump strewn Livewire trail never disappoints and has become my favorite warm up line on the mountain. The terrain at the park is known for dusty and loose soil punctuated with rocks and roots, and Livewire is much more mellow high speed flow line littered with kickers. It’s watered several times a day to keep the dust down the tread compacted. In the past we’ve gone down other runs to acclimate ourselves with the challenging terrain found at the bike park, but running down Livewire first makes way more sense, as the firmer tread surface offers way more control and lets one ease into the groove before getting loose.

Last year we had the opportunity to walk the new sections of the Gypsy trail with the bike park trail crew and see a sneak peek of the new alignment. Gypsy has officially opened, and with its completion, has developed its own particular flavor of radness. After an afternoon of riding, we made it a point to grab the camera pack at last call and drafted Mikey, Matt and Tanner— three very fast local rippers— in a brief photo-run quest to document some highlights of the revamped Gypsy trail. 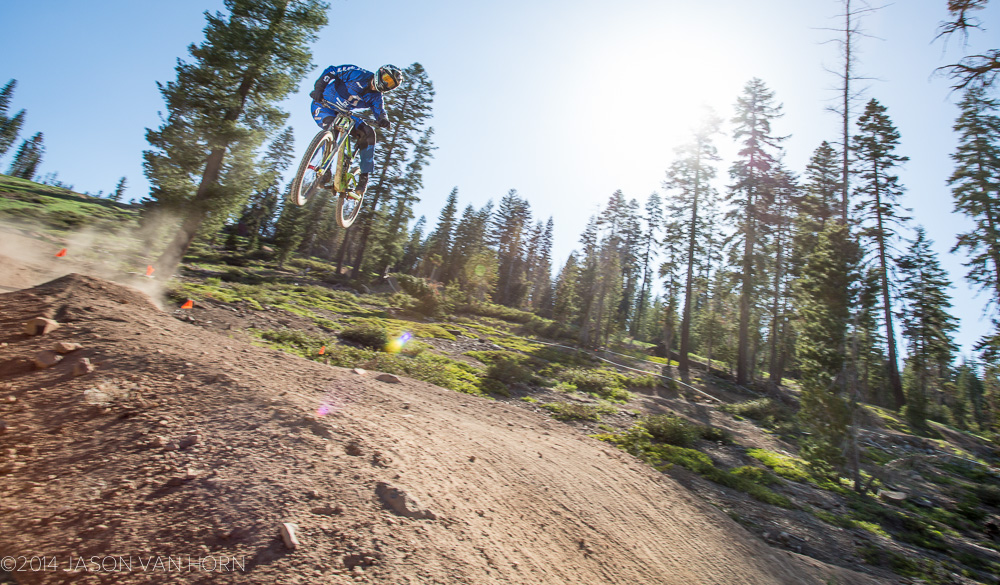 Matt Condroshoff whips it up on the first booter on Gypsy.

The afternoon sun was beautiful in the trees, and having the trails to ourselves for a few moments was epic. 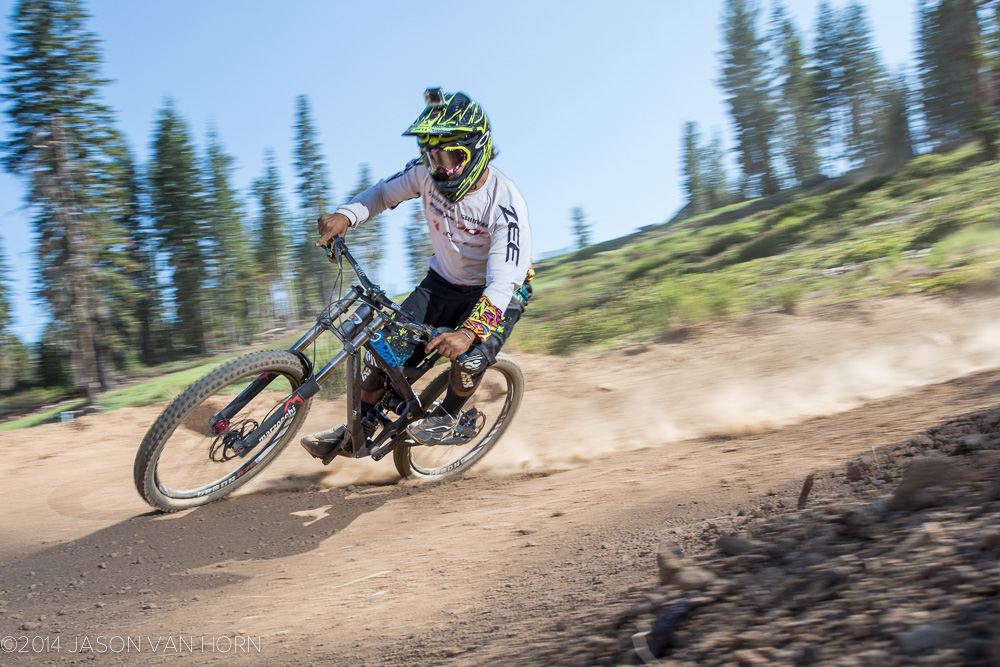 Googles are mandatory with the dust, but it makes for some amazing shots. Fortunately, if you don’t own a pair of goggles, you can pick up a pair in the shop at the Village. Inga picked up a $30 goggle from 100%, and it was the best $30 she spent all weekend. 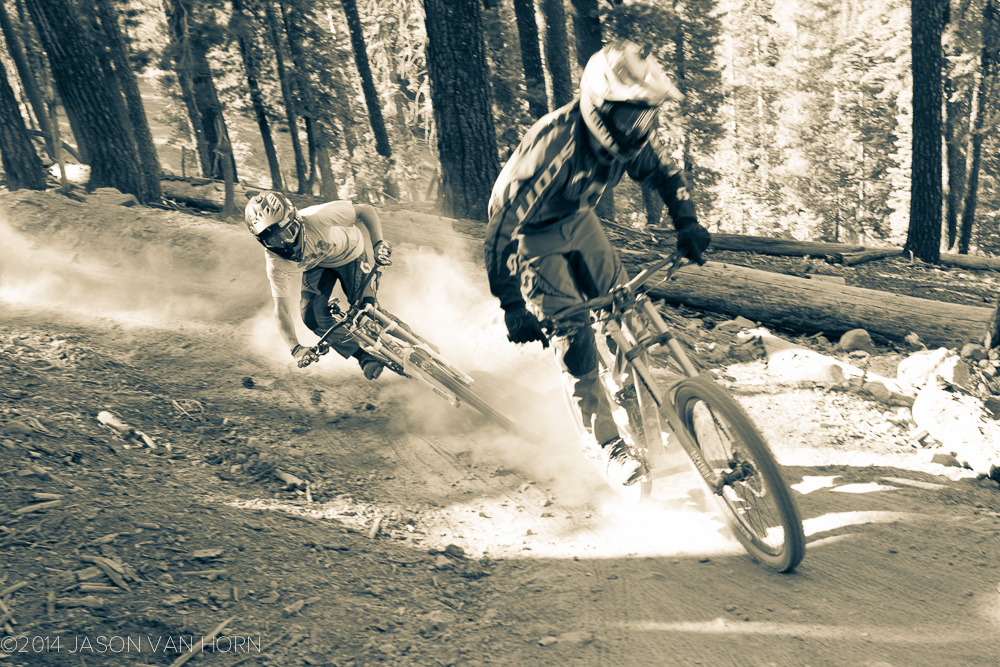 Matt Condroshoff and Tanner Stephens train through the woods on the Gypsy Trail.

With the awesome light pouring through the trees, we ran down the trail on a quest for sunbeams, or as my buddy Tim calls ’em, “Angel Boners.” There’s nothing like a good jab through the trees to light up some action. 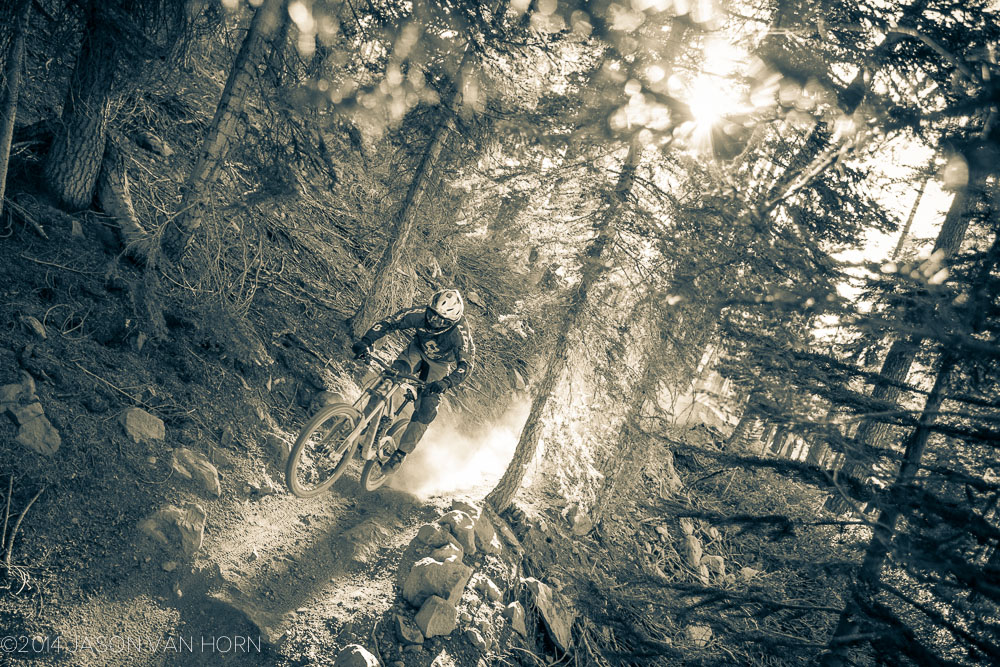 Matt Condroshoff tears it up through the trees.

Gypsy has to be one of my favorite trails these days. The more I think about it, the more I can’t wait for my next trip up. The park crew has done a great job with the improvements. 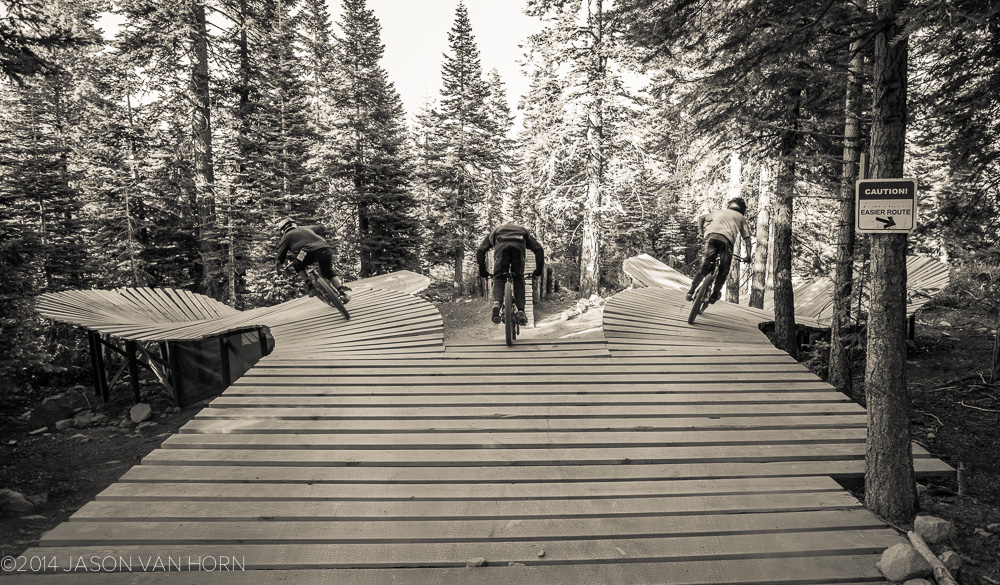 The author on the left, Tanner on the right and Matt takes the line down the center in the GoPro Zone on Gypsy.

The new features give it a bit of personality to build on the big and burly reputation that Northstar has been known for. Wood wallrides and features like the Hemhauser add some flavor to the loose, dusty terrain.The most notable new additions are the GoPro zone and a beautifully executed rock armored section. Visually the features offer tons of character to the trail, and differentiate it from Livewire. Livewire is basically a run of jumps and berms, whereas Gypsy builds on that trail experience with a number of wood features to mix things up. 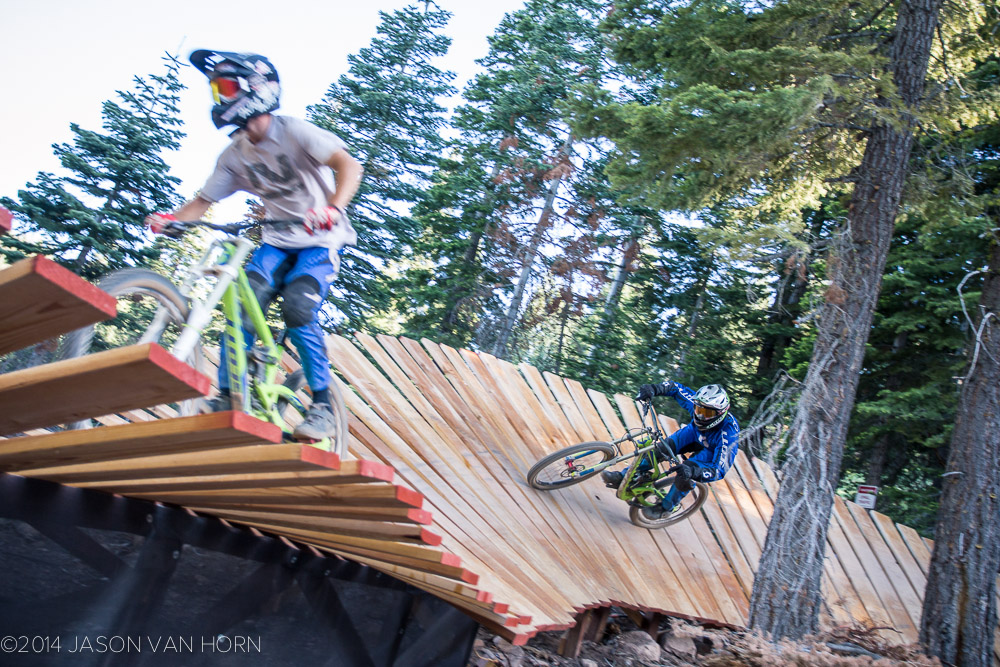 Tanner and Matt train through the whale tail in the GoPro Zone on Gypsy.

We probably won’t make the trek up to Whistler this year. Northstar’s close enough to do multiple day trips, and having it close by means I can do lots more riding, as opposed to one-way-too short epic week. Plus the improvements make our local bike park even better. My hands were starting to feel pretty blown out by the end of the day anyway! 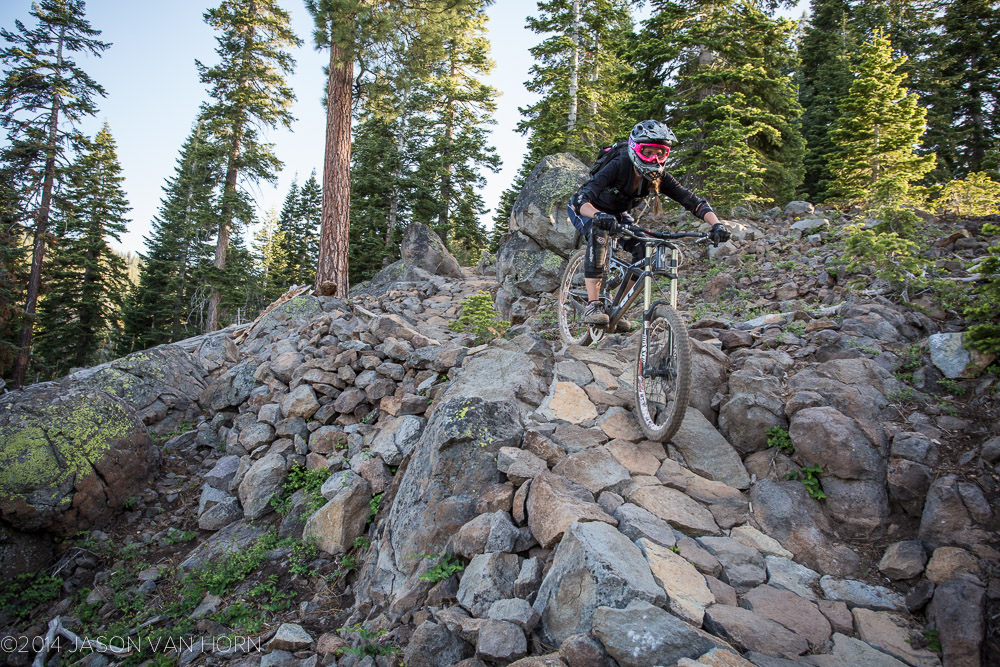 Inga rolls through the rock armor section on Gypsy.

While only one chair was running the inaugural weekend, the early season trail conditions were awesome. 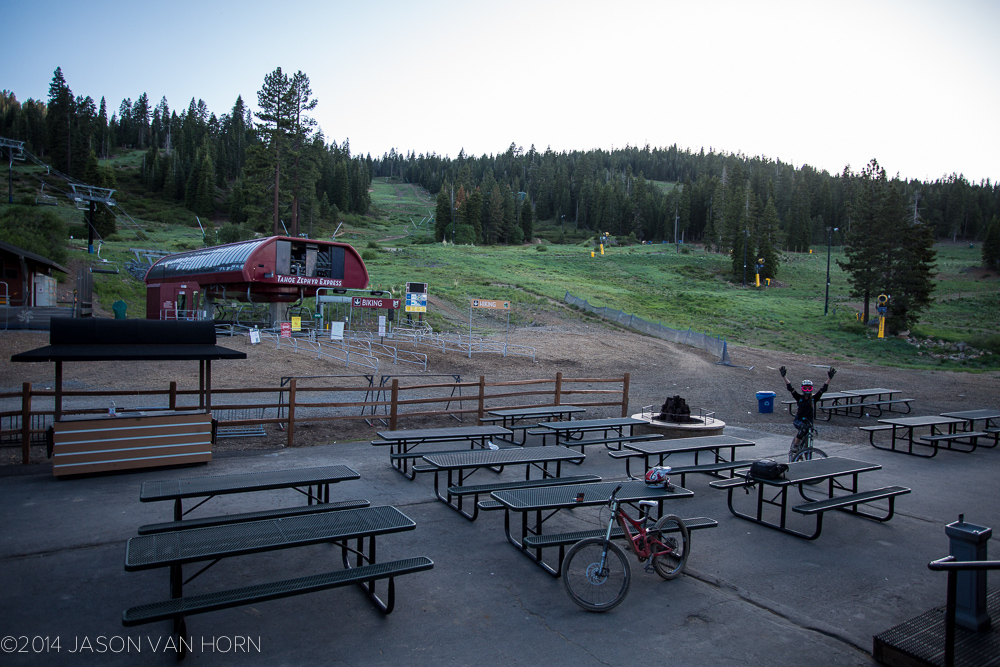 Shutting down the mountain 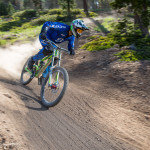 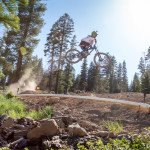 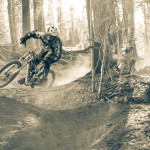 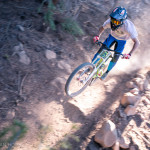 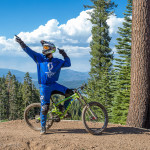 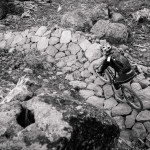 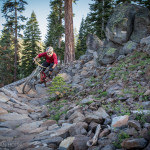 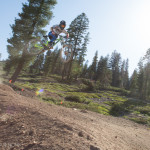 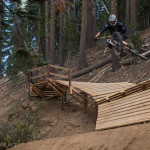 The park crew has also worked on other runs as well, making the bike park more friendly to trail bikes and visitors that don’t own full blown DH rigs. With all mountain bikes becoming that much more capable on black diamond terrain, (and lighter!) I was temped a few times to swap my DH bike for my Bronson and get my enduro on to explore them. The days are way too short though — next time.