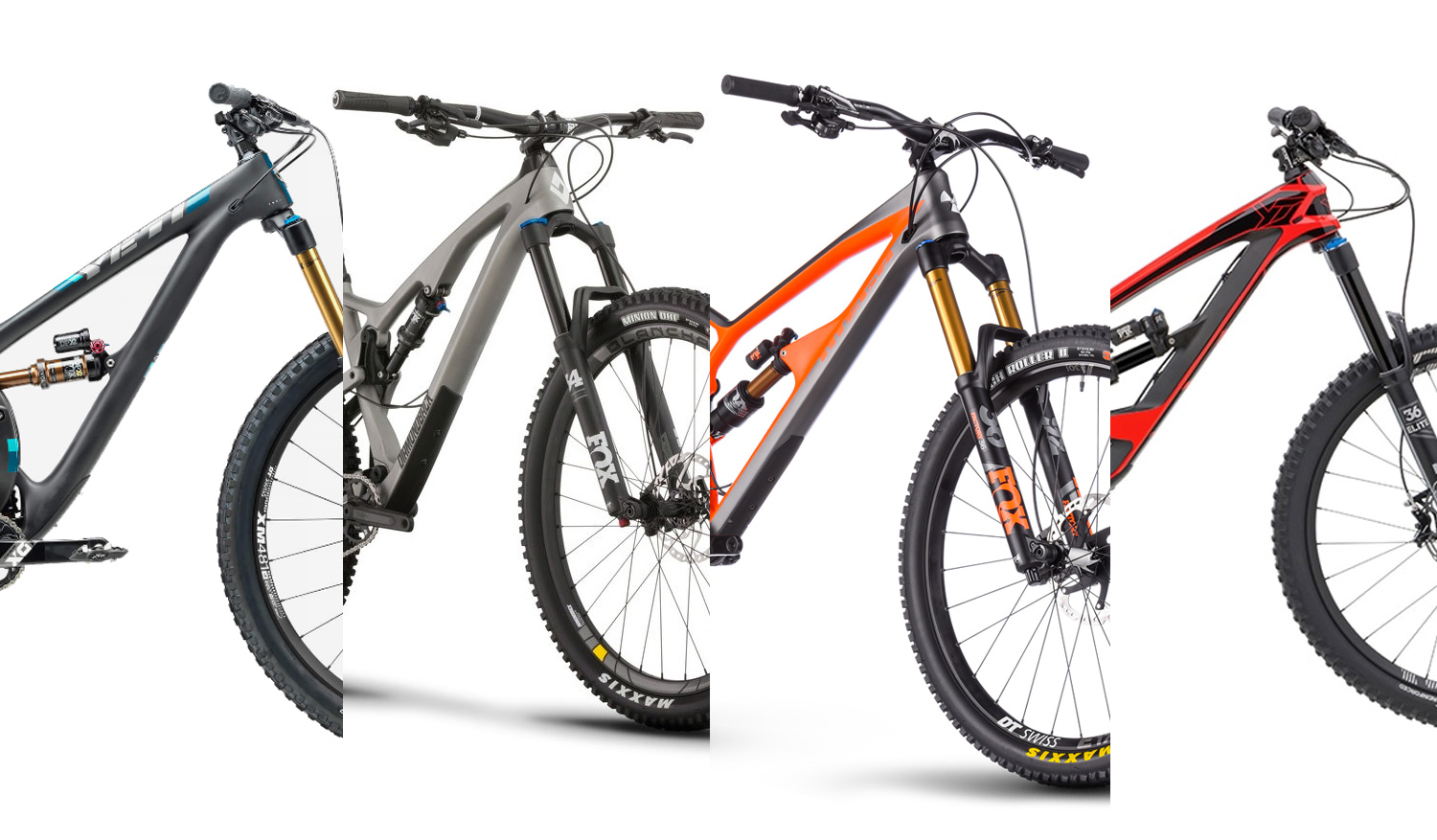 With so many options to choose from, why invest in potential buyers remorse? We’re talking water, and bottles to carry it in.

There are a lot of sweet mountain bikes out there to choose from, and every season our options get better. However, there are a number of new bikes that still include a design flaw that make me question who is designing these bikes, and why they don’t seem care about the end user or the experience of riding in the mountains. We all need to drink water on rides, I’m talking about water bottles, people. How is it we still have bikes that can’t carry water? We have uber expensive, high end mountain performance bicycles that unlike the most basic bicycle found in a bike shop, lack the ability to carry a damn water bottle. Mind you, most of these bikes fall in the mountain biking category, meaning they are designed to be ridden outside of urban areas, in actual mountains… right?

A mold for a carbon front triangle is not cheap. Last I heard, a mold for a single size ran in the range of $100,000, and that is just for a front triangle. Add an small, medium, large and extra large and we’re talking over $400,000 in production costs.

But here’s the thing; if I can’t carry a water bottle, I’m not even going to seriously consider your bicycle, and we’ll advise others to do the same. Bikes are investments in experiences and not just equipment. Quality does not come cheap and if you’re shelling out for a high end model in carbon, it damn well better be well thought out and well designed.

Here are 7 bikes we think are actually pretty rad, but would never spend our own money on due to what we consider a massive oversight.

The most recent example is the new Diamondback Release. I’m releasing the hounds on these guys because this bike seems to just nail it everywhere where else. An amazing spec, clean understated graphics, and a FULL carbon fiber frame for only $3k? This is an amazing accomplishment. Except you can only stick a water bottle on the downtube. Which is like, the most undesirable location to put something you put your lips on. 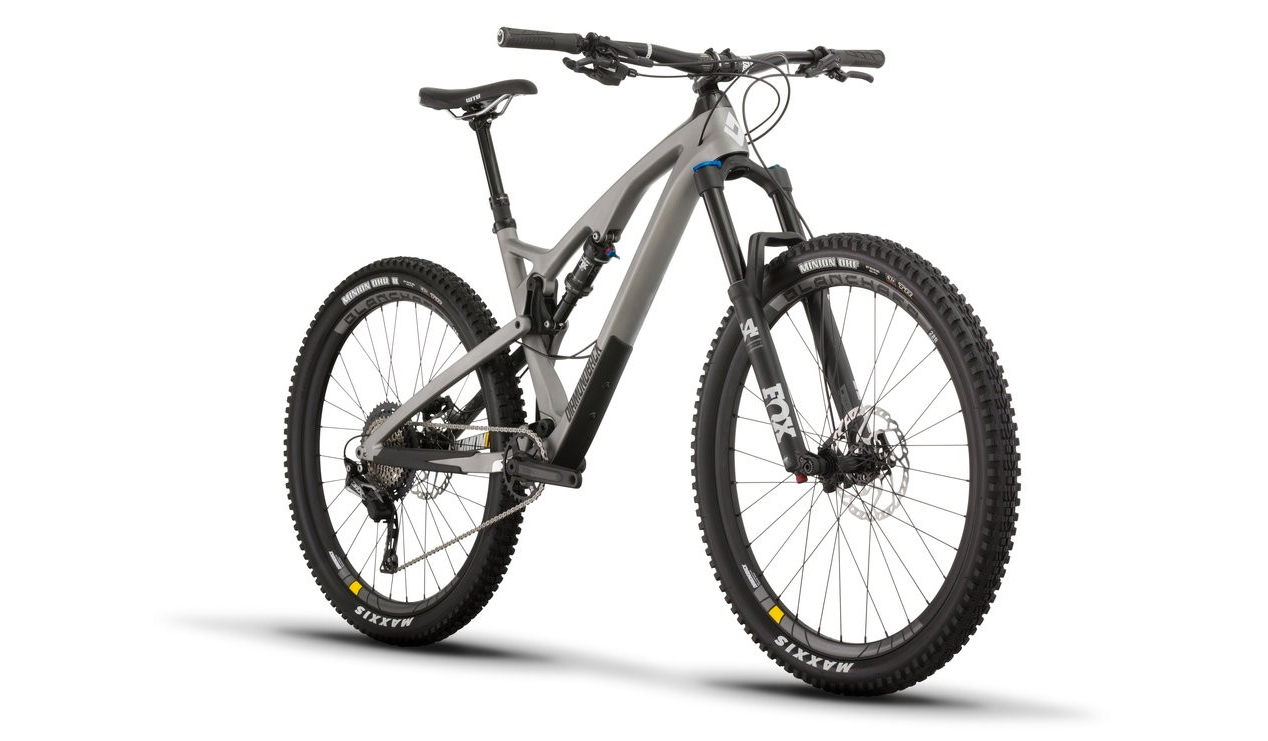 The new Diamondback Release is quite possibly the most bang for the buck I’ve seen. It could hold a bottle cage, but doesn’t. And the down tube mounts don’t count.

The saddest part is that this bike could have a water bottle mount. Hell, it could hold TWO water bottles. There’s plenty of space there – hell, even the YT Jeffsy has bottle mounts and they had to make a mini water bottle so you can find something to fit it! This is a massive oversight, and I would say a downright design flaw.

Nukeproof, AKA the bike Sam Hill crushes enduros on, has released a new carbon version of his race bike. 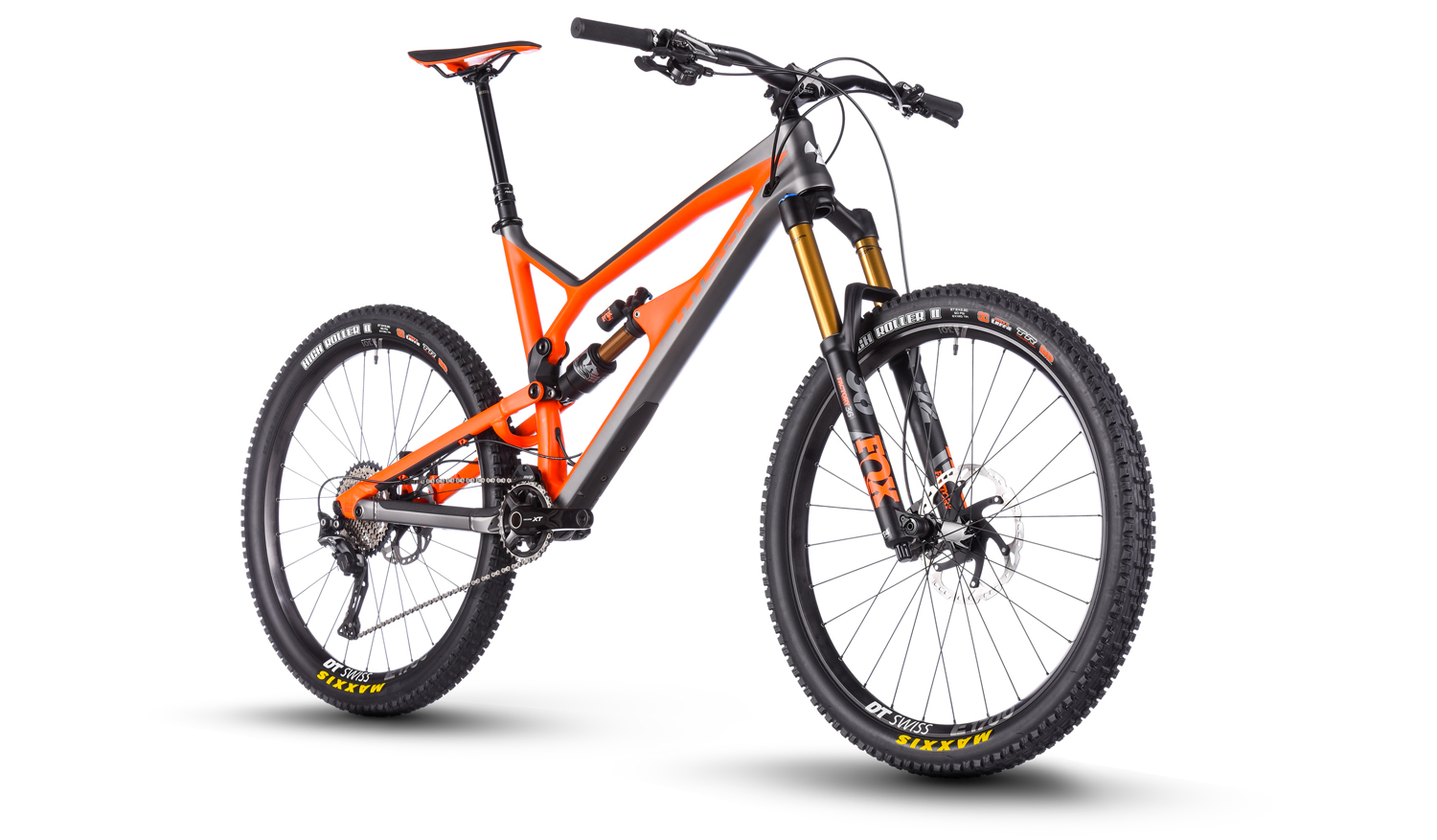 It looks pretty rad. But its another bike with a down tube cage mount. Le sigh. 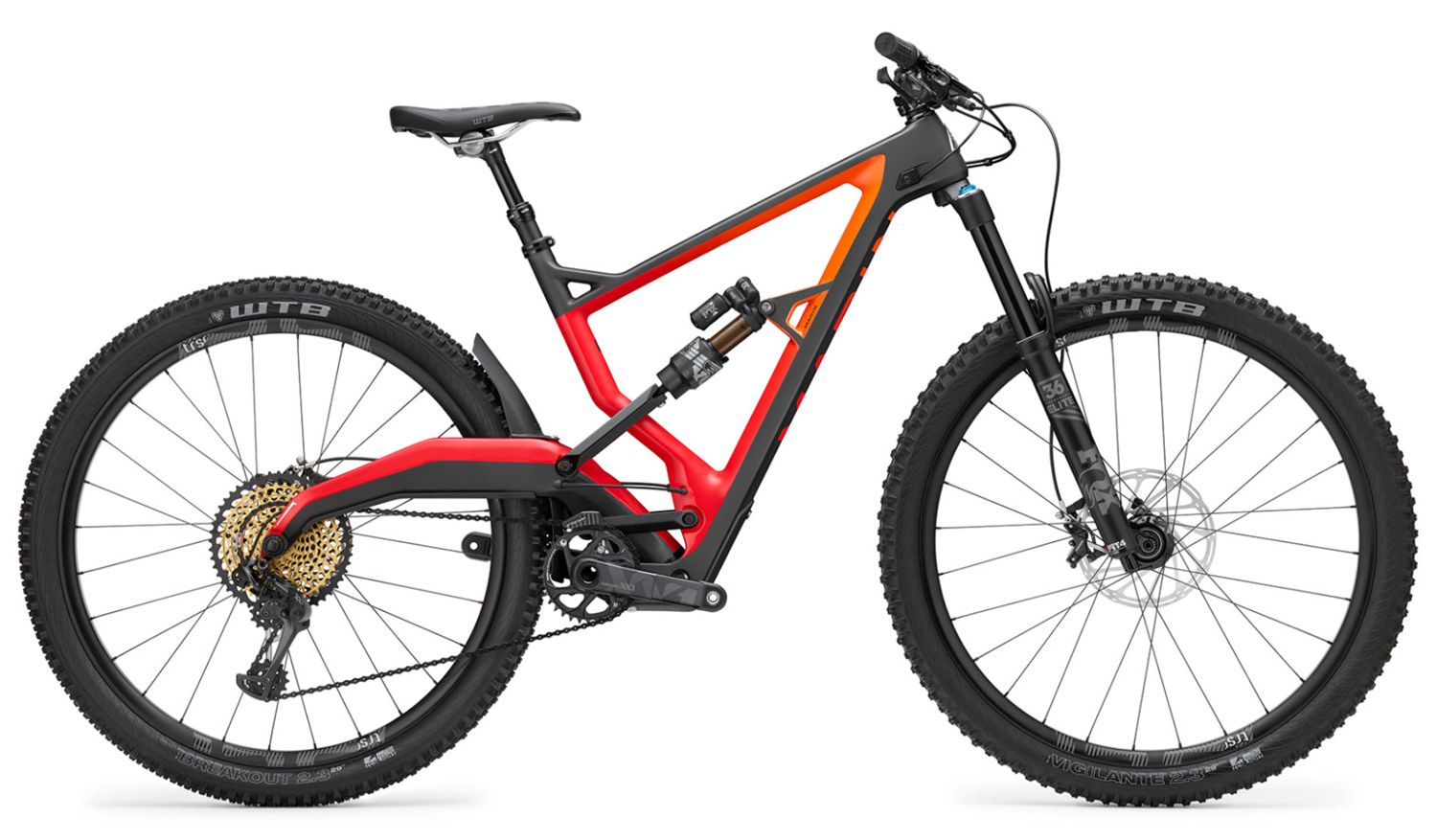 I only hopped on the Marin Wolfridge for a minute and thought it looked funny, but it rode amazing. Even with the rear swing arm that looks like they stole it from a 1997 era Cannondale Super V, I would totally ride this bike… except it doesn’t have a bottle cage mount. Technically, if you weren’t running a piggy back shock, cage mounts could have fit under the top tube. I can’t seriously consider buying one though, because I like to carry water. In bottles. 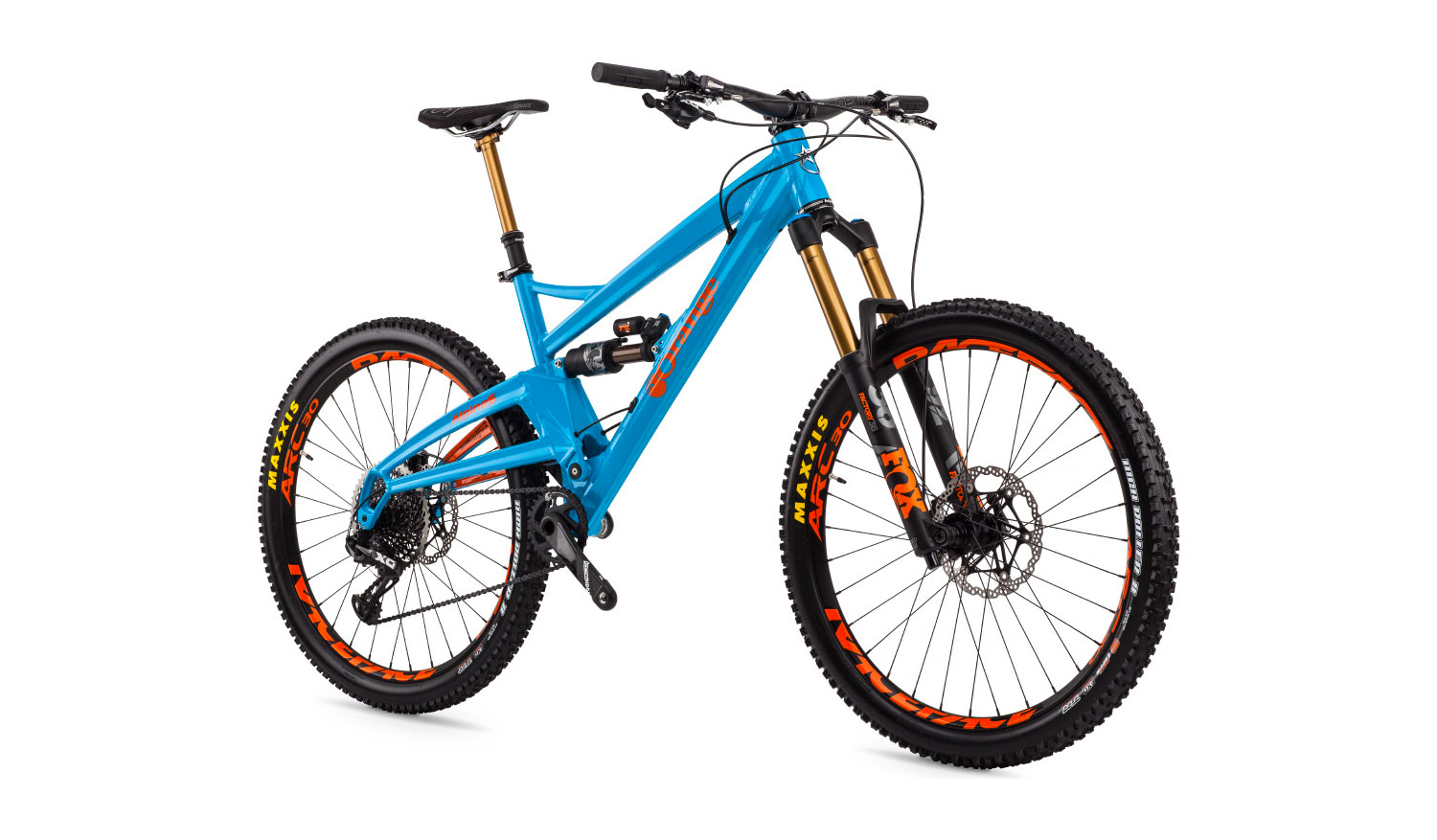 Orange Alpine 6. No water. Not even on the down tube for this one.

I haven’t had an alloy bike for some time, but I actually like how single pivot bikes ride. I like being able to carry water in a bottle more. 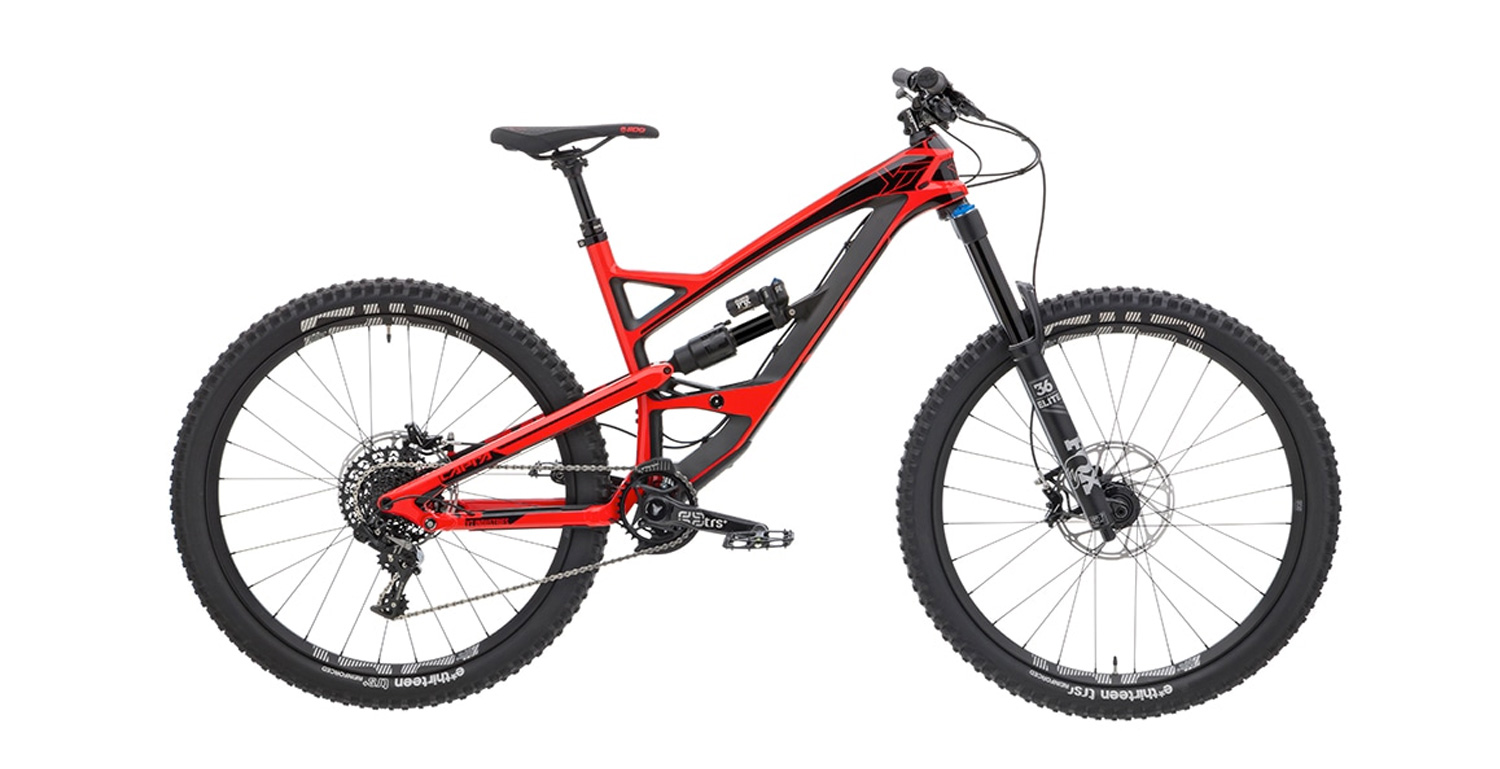 There’s definitely no place for a water bottle here.

The YT Capra is on sale right now for only $3450, has Fox suspension, and.. oh, it’s sold out already? That’s ok, it can’t hold a water bottle anyway. I’ll give YT credit though; they at least gave us the option on the Jeffsey, though you have to run a baby sized bottle. 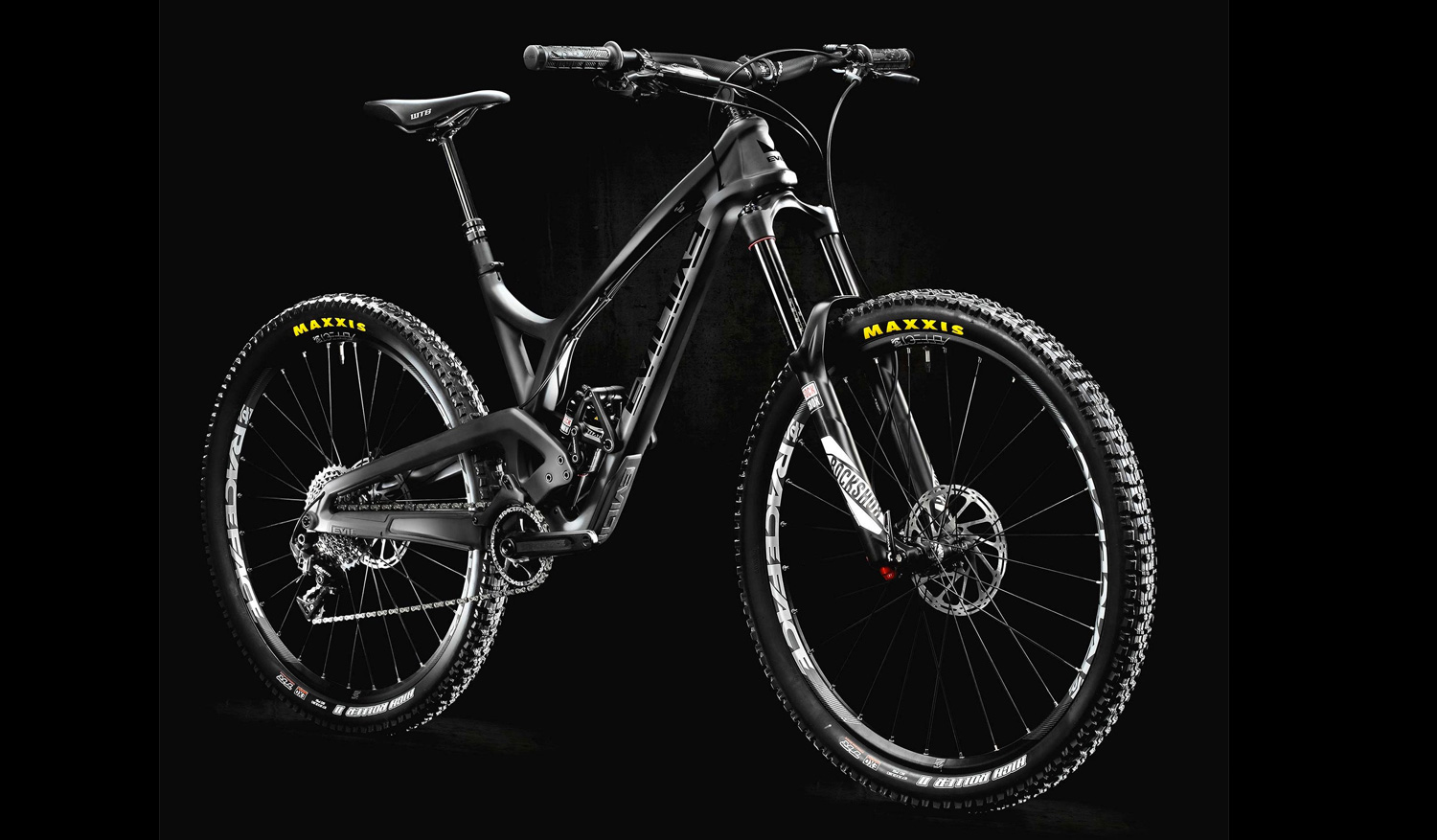 The Evil Insurgent is a cool bike. I love how Evils ride. It can’t carry a water bottle though. I’ll give Evil credit here though, their other bikes can, and the Insurgent is due for a refresh that will likely include one in the next iteration. 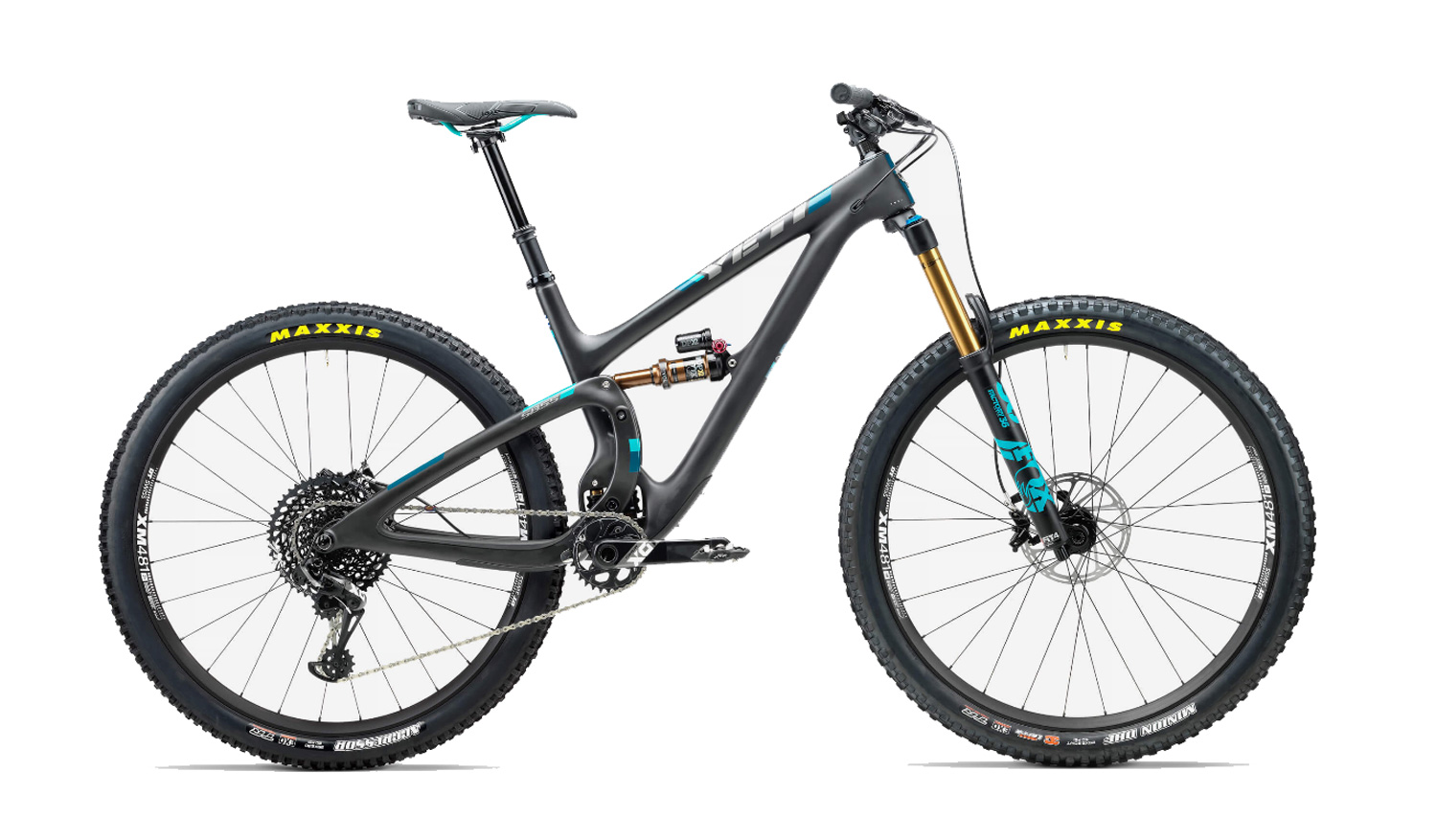 From all accounts, the Yeti SB 5.5 is an amazing bike that crushes it on everything from trail rides to the local enduro. At least you can bolt a bottle on the down tube. They are beautiful bikes, but good luck keeping the mud off your water.

Note: here are a few late but notable additions pointed out by friends and readers. 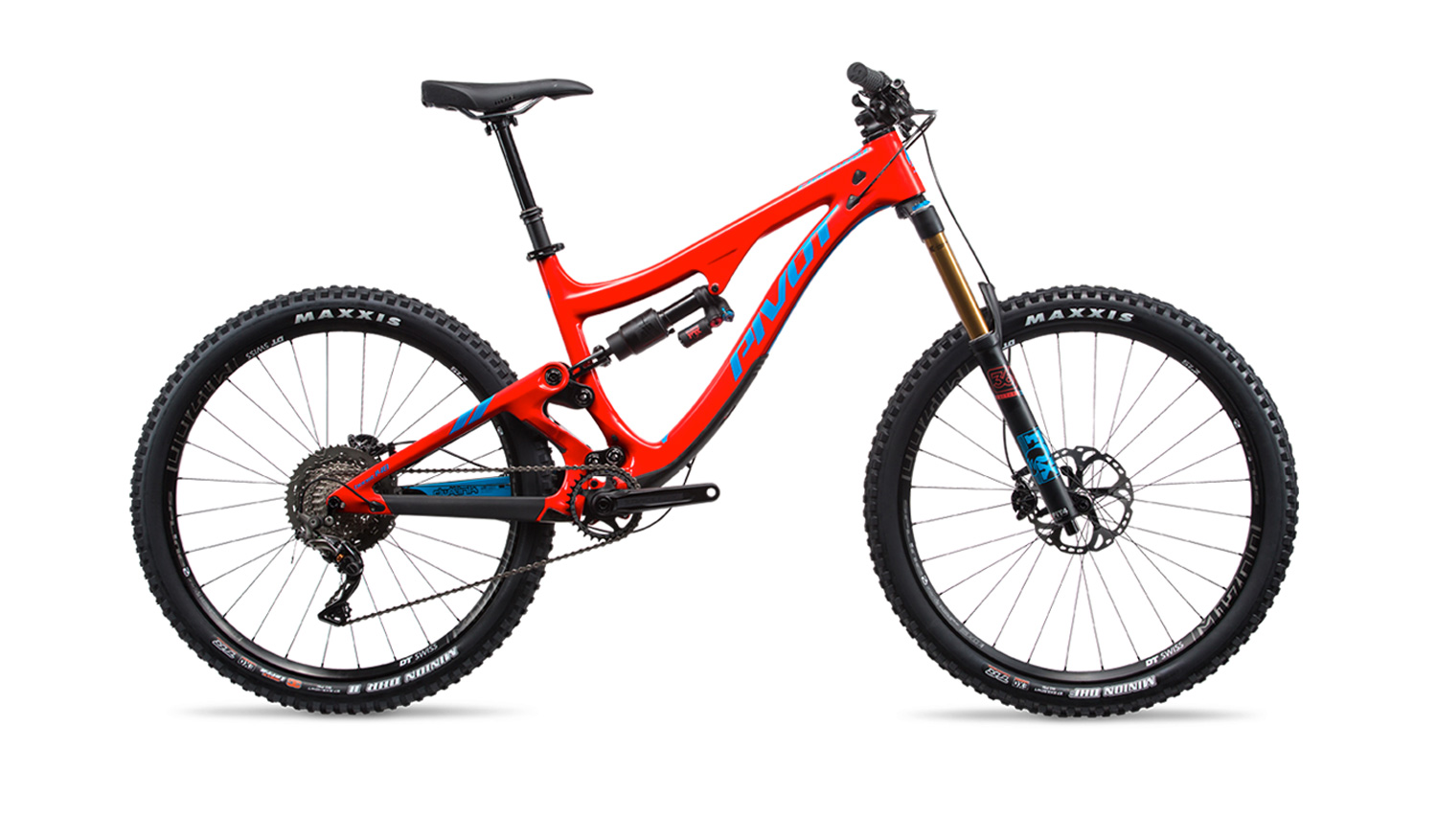 Both the Pivot Firebird and Mach 6 in Aluminum lack water bottle mounts in the frame. The Mach 6 in carbon has mounts, though the shock prevents the use of a full size bottle. It’s worth pointing out several other models, including the Switchblade do feature multiple cage mounts though.

Is the lack of a bottle cage a deal breaker for everyone?

Are we a bit extreme in our distaste for bikes that are unable to carry water? Or are we simply bummed that the engineer and designer of these bikes don’t care enough about what riders like us think? Why not just carry a backpack and be done with it?

Except we really don’t like riding with a backpack if we don’t have to.

Admittedly, on long rides in the backcountry, we’ll fill up the bladders and suffer a sweaty back from a hydration pack. But over half our local rides can be completed with a water bottle and soft flask strapped to a waist pack. I’m happy to report that most of the bikes these days CAN hold a water bottle, so here’s to that.

Is the lack of a bottle cage on a bike a deal breaker for you? Vote in our poll, and let us know what you think in the comments below. 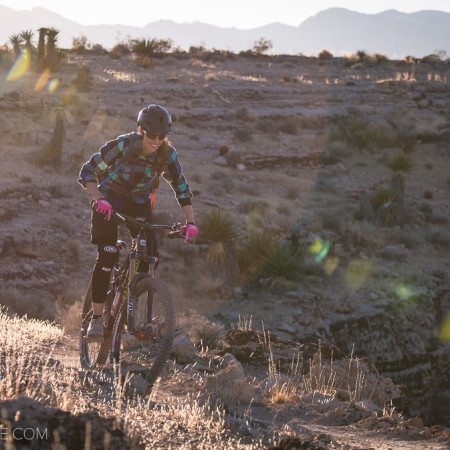