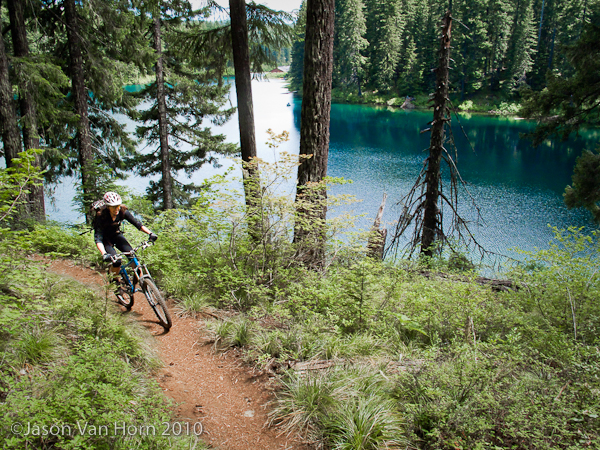 The McKenzie River Trail is one of those trails that should be on your to-do list. If it isn’t, and you ride mountain bikes, then you are either not in the know, or simply don’t know that you don’t know what you’re missing.

That sentence made sense a minute ago… I’m not sure if it does now, but the point remains the same, this trail is that good, and I’m that tired. 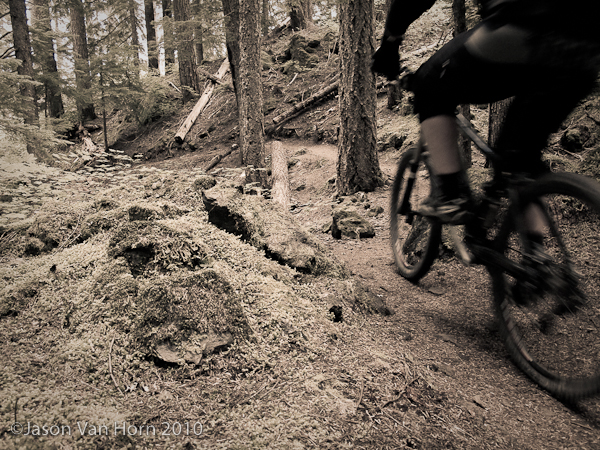 Tim Zimmerman on the MRT

The trail is about 26.5 miles in length end to end. In the past, I’ve ridden it as an out and back, skipping the lower section of trail to start at the ranger station near the lower camp ground. This season we’re finding ourselves on a return to form, but as it was my birthday, elected to ride it as a one way all mountain shuttle. Taking advantage of the local shuttle service, we parked at the bottom trail head, and began our experience at the trail head near Fish Lake. 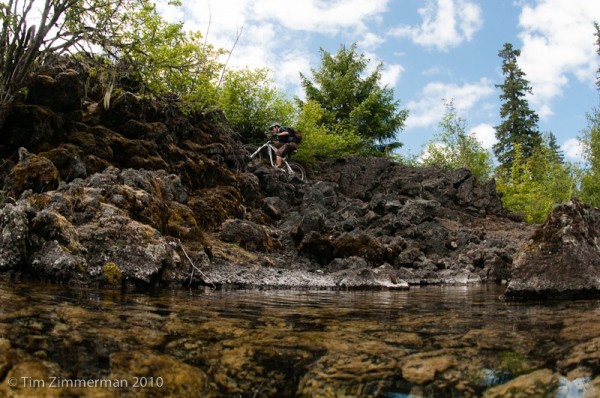 The shuttle service gets pricey fast at $25 a rider, but it is a 30 mile one way drive. They have a 6 bike capacity, so if you have a bigger group consider shuttling it yourselves. However, the convenicence of the shuttle was really nice, and after we collapsed in the parking lot after riding, sorry, hammering and shredding the entire length of the trail (plus additional bonus mileage – a loop around Clear Lake) it was nice to just take off and search for food.

Doing the trail as an all mountain shuttle is simply incredible. By eliminating the bulk of the climbing, we attacked almost the entire trail at a pace I’d never attempt as an out and back. While you can ride the trail on pretty much any bike that is trail worthy, riding it on my 6″ travel Trek Remedy was by far the most fun I’ve had on this trail. If you’re a DH loving, Freeride-hucking type of all mountain riding dude, you shuttle whenever you can anyway, and I don’t need to tell you how fun it is. 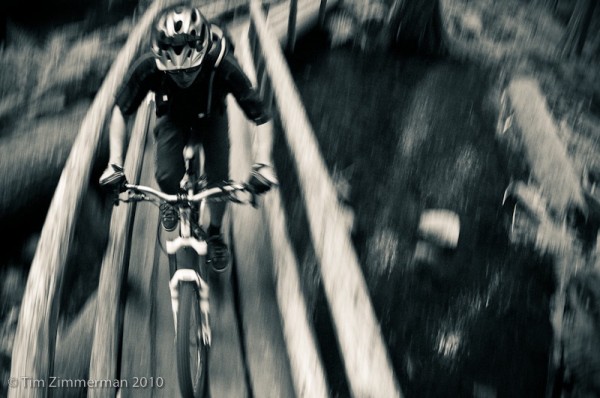 Riding one of the many bridges on the MRT. Photo: Tim Zimmerman

If you want to hear more about how awesome this trail is, check out the trail review I did for Mountain Bike Action‘s website, or take a look at the pics. Unlike most of the trails in the pacific northwest, the terrain changes alone on the trail make it noteworthy. It’s epic riding at its best, and an Oregon land mark trail. Volcanic rocks, roots, gorgeous water falls and clear lakes await you, and the turns and the flow never seem to stop. 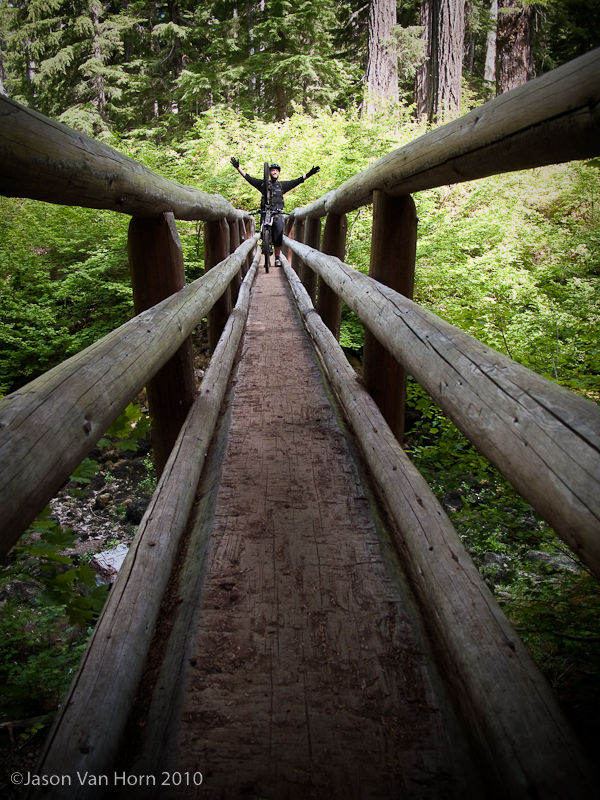 Special thanks to Tim Zimmerman for coming with Inga and myself for a kick ass birthday ride, and for use of his shots in this post.

Trail info via the Forest Service:

Water: Potable water is located in campgrounds along the way. All other water must be treated.

How to get there: From McKenzie River Ranger District, travel west one mile to the trailhead. Several access points are available along the entire trail route.