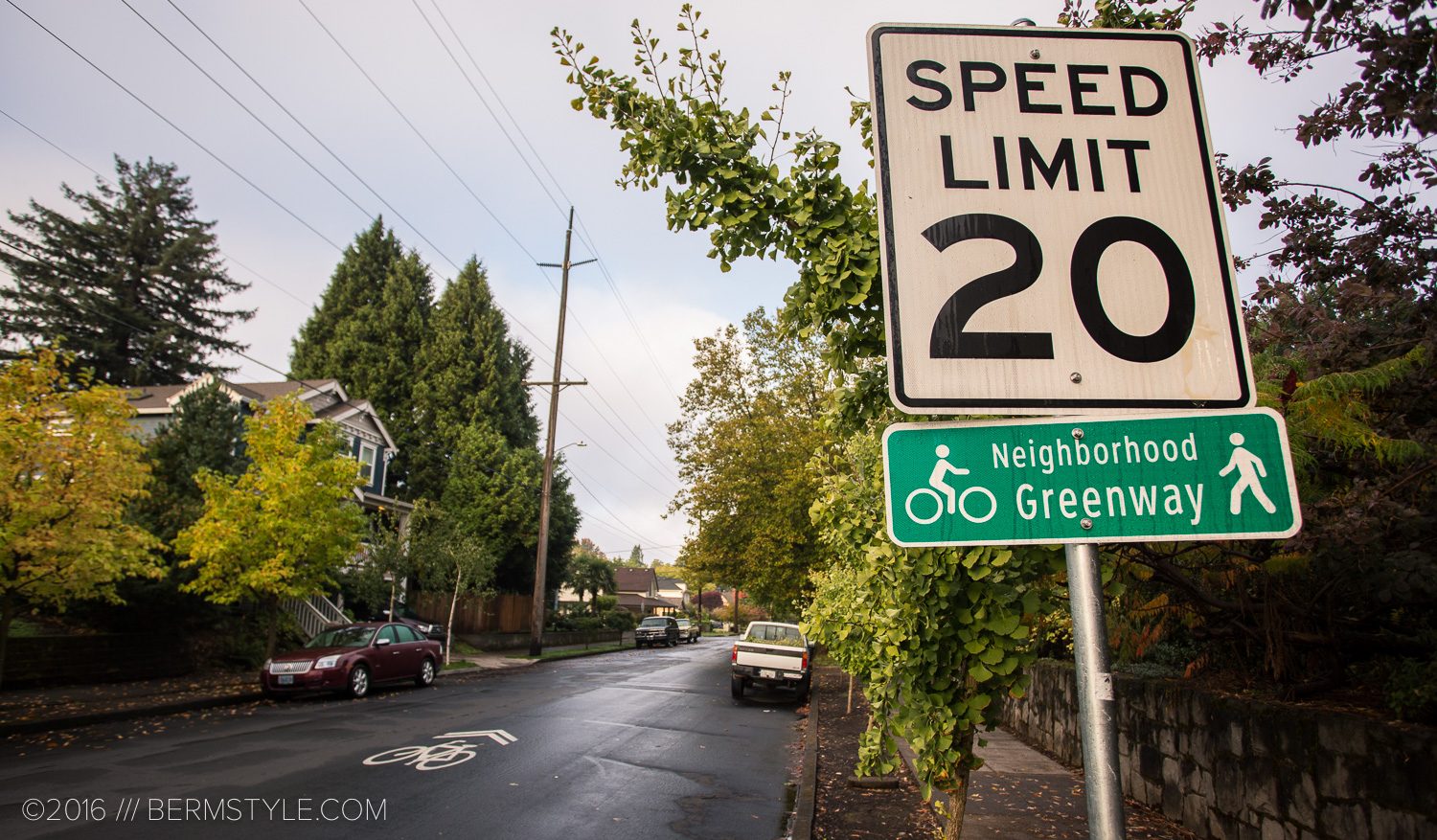 Portland, Oregon features a number of streets designated as neighborhood greenways, which are residential streets where traffic is limited to 20 MPH or less. Formerly known as bicycle boulevards, Portland boasts more than 70 miles of greenways.

Though Portland is considered a bike friendly town, if you find yourself traveling along the wrong route, you’d never think so, as the city is filled with streets that are straight up dangerous for pedestrians and cyclists. Fortunately Greenways are relatively easy to find, provided you don’t mind heading a bit out of your way. 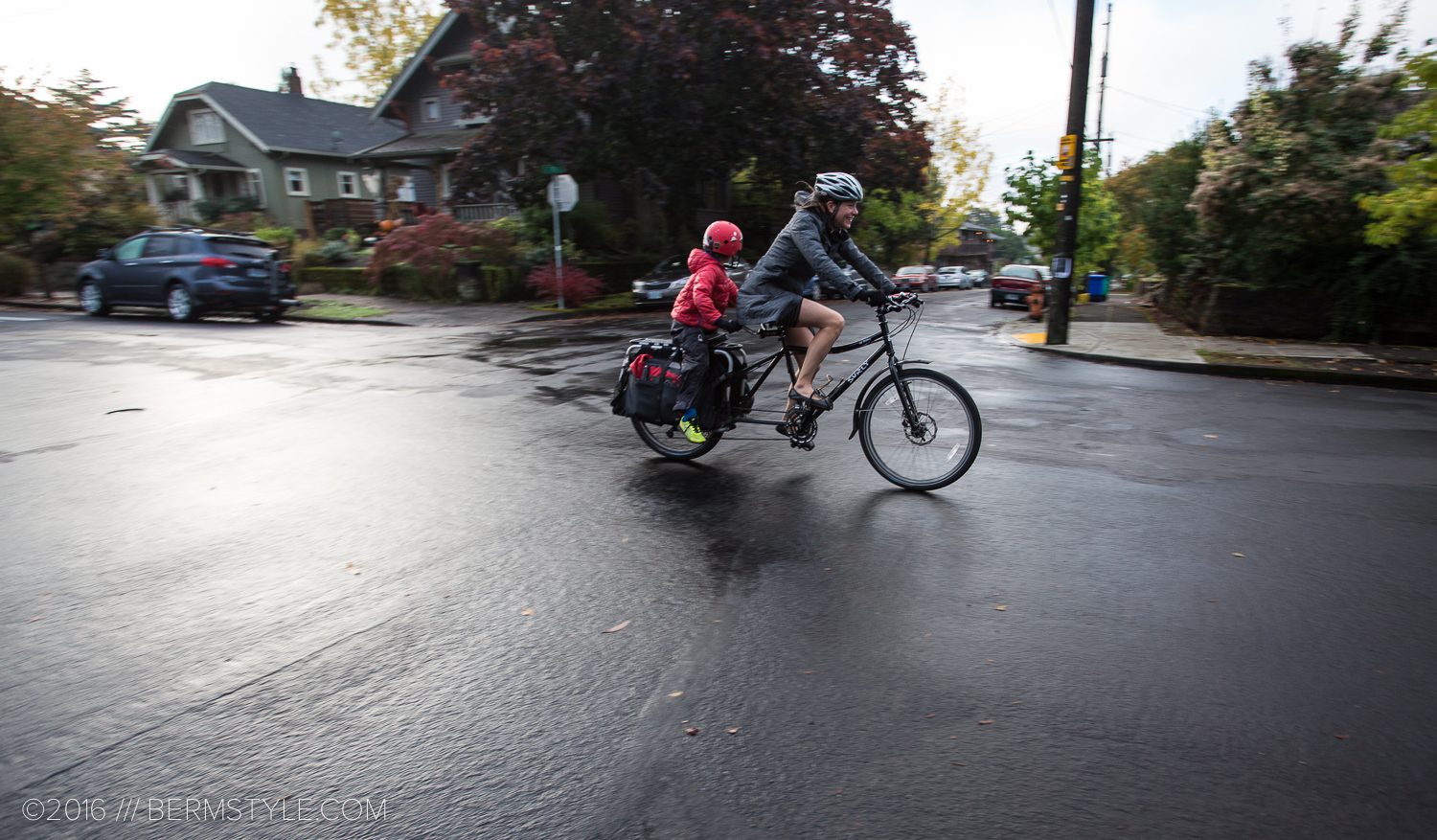 The Greenways identifiable by a bicycle marking on the street, and if you’re visiting or new to town, seeking out and traveling along a Greenway means far less stress while commuting by  bike.

Since moving back to Portland, I’ve been commuting by bike nearly every day, rain or shine. It’s become something of a badge of honor to start my day by swinging a leg over the commuter, regardless of the weather for my 8 mile journey to work. Logging an average of 15-17 miles a day by bike, I can’t remember a time in my life where I’ve ridden a bike more.

While it isn’t single track, I consider hours a week on a bike to be a big indicator of my quality of life, and I feel I’m on the right direction. 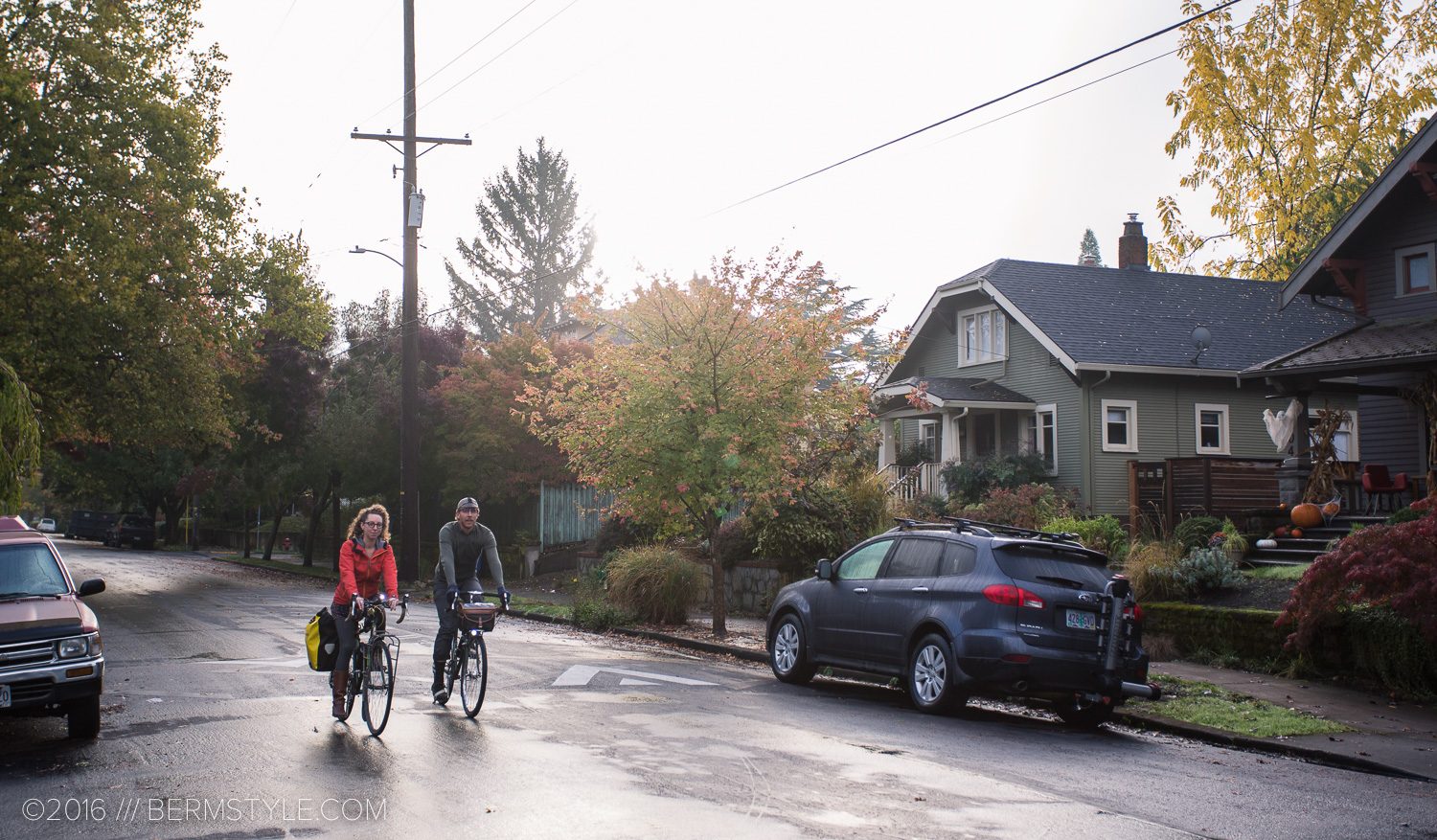 Since I began my commute I’ve experimented with various routes, with one goal in mind: a minimal number of stops. 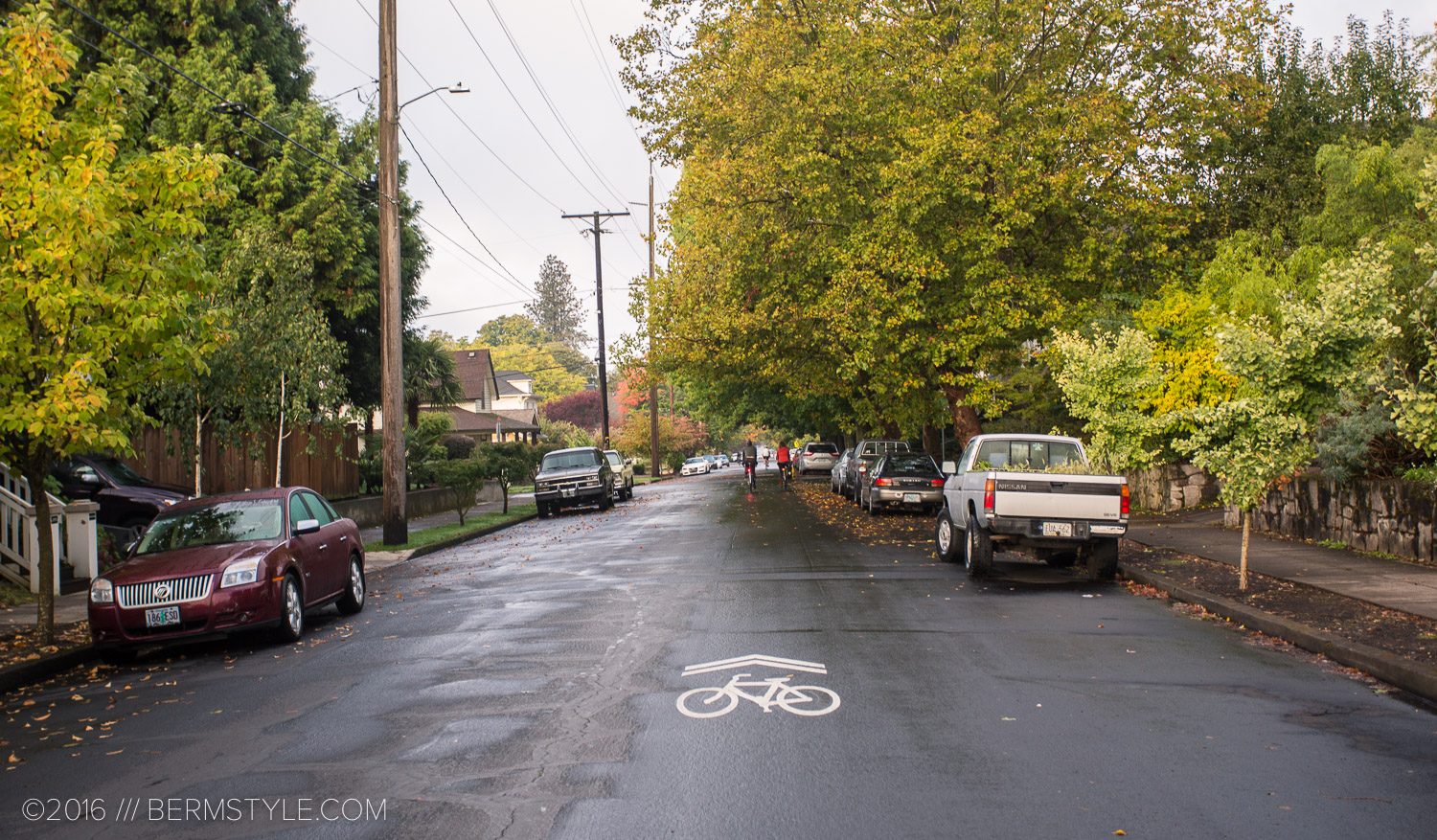 Today I tried a new route, traveling down the Alberta/ Going Greenway, where I was able to travel over 8 miles without encountering a stop light. Though it adds a mile (one way) I’ve finally achieved a small goal, and sometimes its the little things that count. 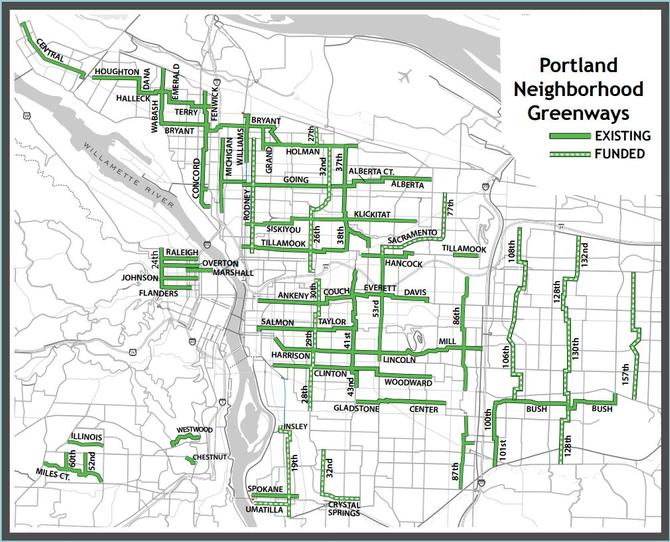 Greenways are also referred to as “sharrows” in the world of bike infrastructure. The painted markings mark bike routes low traffic streets. For the most part, traveling along these routes mean you’re less likely to encounter hostile drivers; I wish this was the case more often but it beats the alternative. Compared to Berkeley, California, I find Portland streets to be on the hostile side of the spectrum for a town with a “bike-friendly” label. 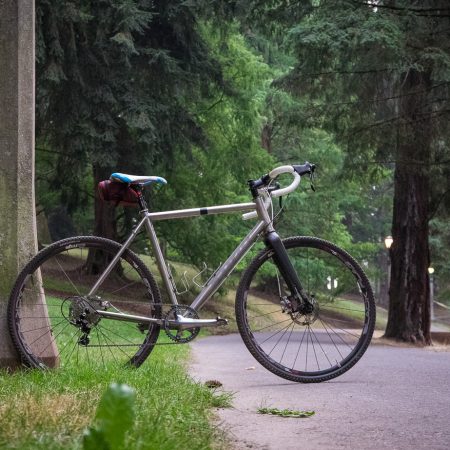 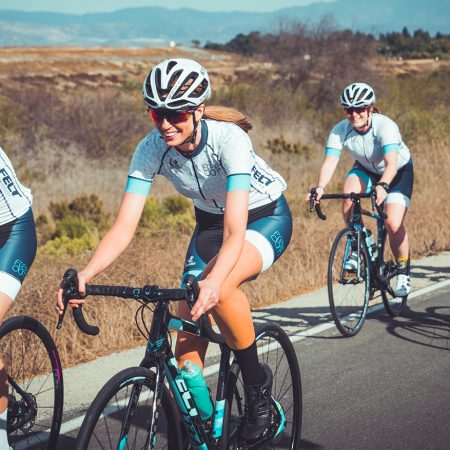 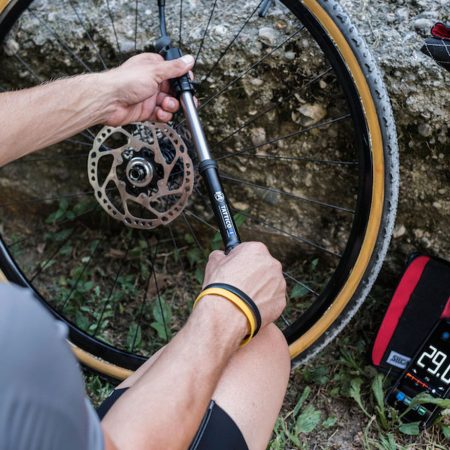 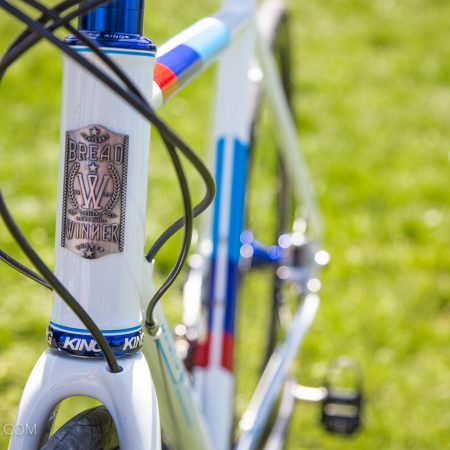