Meldrum Bar is a dirt jump spot in Gladstone, Oregon. Part of the Portland metropolitan area, the spot has managed to stick around on the down low for over a decade. During that time, other spots in the Portland area have come and gone, including renown dirt jump destination the Grotto. Unlike the Grotto though, Meldrum Bar now has the opportunity to become a legitimate Bike Park thanks to the efforts of a new group called the Oregon City Trail Alliance. Formed to take the Meldrum Bar site to the next level, the group has taken a unique approach to creating a bike park: a crowd funded campaign on Indiegogo to build stadium style X-Games level jumps.

The idea behind their reasoning is to hold high profile jump competitions in order to promote cycle tourism in the area. They are hoping to raise the funds to apply for a grant to work towards full bike park. Their end goal: creating a world-class cycling destination, that includes a bike park, paved walking and cycling routes, and single track trails.

It’s a unique approach that so far has proven to be unsuccessful. Although their intentions are noble, to date the idea hasn’t taken root, and with 15 days left, the crowd funding campaign appears to have stalled out. In contrast, a fundraising campaign for the Gateway Green Project managed to surpass its goal, and raised $123k towards design and construction documents.

It’s a very different strategy than one we’ve seen employed by advocacy groups we work with and have worked with in the past. The goal of the fundraiser to rebuild the jumps to a level 1% of the riders in the area would be able to enjoy. It doesn’t appear to be a successful one.

In contrast, groups like the BTC and SF Urban Riders in the Bay Area have a strong emphasis on youth, and youth programs. By focusing on trails and park features that emphasize skill building, the entire community is engaged. We’re strong advocates for the creation of pump tracks in addition to progressive level jump lines, simply because they are fun for riders of all ages and skill levels. Not only are they easy to ride and accessible for new riders, but well designed and constructed pump tracks can provide challenge for advanced riders that discover and attempt lines others don’t even see.

If anything, their experiment proves that people want bike parks with features designed for them and their children, and not the elite. We’re big supporters of all bike parks, and hope the group doesn’t give up, though they might want to rethink their current strategy. They don’t yet have a website or Facebook page, but you can check out their fundraising page here for more information. 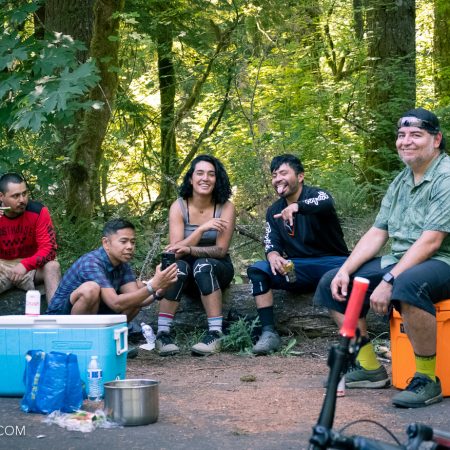