Bell Helmets, in conjunction with IMBA is giving away $100,000 to be divided up between three trail building projects spread across the US. As west coast dwellers, we’re happy to see three projects near and dear to us have made it as finalists, and are now up for voting on BellHelmets.com.

The west coast finalists for the grant are:

All the projects will be amazing destinations and beneficial to the local cycling community when complete. (Demo is pretty awesome already, for the record) However, in our opinion, some of the projects need more assistance than the others. We’ve ridden trails in each of the west coast locations, and are looking forward to riding the completed projects. For folks unsure of which project to support, (to be clear, we believe they should all be supported and are equally important to the riding community) we did a bit of digging on what winning the grant really means.

The winning project(s) will receive approximately $33k in technical assistance via IMBA’s for profit trail building arm, Trail Solutions.  As described in the Bell Built Grant applications, the projects will be planned, designed and built by IMBA’s Trail Solutions team of professional trail builders, potentially with assistance from local volunteers as required by Trail Solutions.

Each of the projects had to fit under the following category: pumptrack/ bike park, flow trail, or DH/ Gravity Trail. The criteria can be found at the Bell Built Grant application, but the goal is to provide aid with the completion of a shovel ready project that will have the most recognizable impact for the most riders. The reality is that the grant is indeed a marketing stunt, and Bell and IMBA both hope to receive a significant amount of positive press from it. Hopefully some of the resulting press will make it to the mainstream media and raise awareness of the sport, as well as the efforts of the local advocates doing the hard work.

We encourage all to vote, and back the project you are the most passionate about. We’re excited about the two California projects as well as the Medford, Oregon site, as we have roots in each area, and hope one of the three projects receives this support. (Flagstaff is awesome, but we’re unlikely to visit it more than once every few years.)

But what is the winning project really being awarded? And how far does $33k really go?  Which project needs this assistant the most? We took a closer look at the three projects close to our hearts. 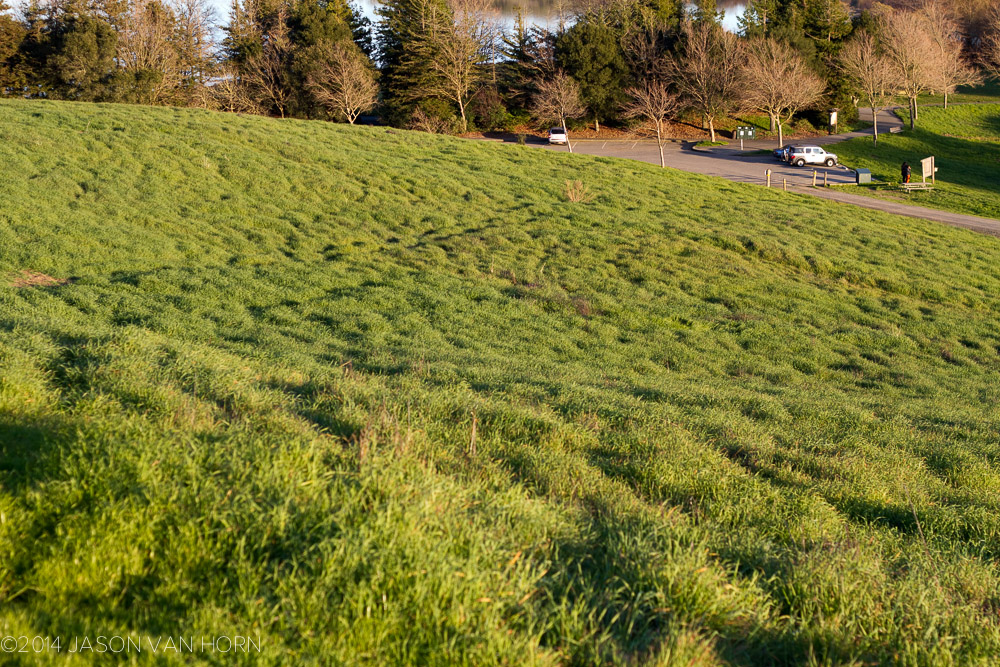 Hopefully this hillside at the Stafford Lake Park will be littered with jumps by this fall.

Unfortunately, the reality is $33k doesn’t really go that far in terms of getting a public trail project on the ground. The Stafford Lake Bike Park project for example, is estimated to require upwards of a million bucks to complete. Friends of Stafford Lake Bike Park, a 501c3 organization formed to facilitate fundraising for the Bike Park project, has already raised about $500k from the county, industry and via private funds. They hope to begin construction soon. For this project, $33k amounts to a drop in the bucket. The park has already been designed with the contracted aid of the Hilride Group, a local trail building firm, with the assistance of high profile riders like Mark Weir, Cam McCaul and Brian Lopes. Recently the construction has been broken down into separate phases in order to move the project forward. That said, assistance of a new, outside contractor like Trail Solutions could ensure one of the flow trails or pump tracks is completed by the end of the year, and there is a possibility that the resulting press could raise awareness of the project and potentially aid in raising the last of the funds needed.

Learn more and vote for the Stafford Lake Bike Park

A completed section of the new flow trail at Demo.

The other Bay Area finalist is the Soquel Demo Flow Trail, located north of Santa Cruz, California. The project, a partnership between Santa Cruz MTB Advocacy group MBoSC and Cal Fire is a four mile long flow trail. Already under construction, it is a highly anticipated trail and the first of its kind on public land in California. We recently visited the site and were psyched to see how work is progressing. The project already boosts some talented leadership, managed by experienced trail builder and MBoSC Trails Officer Drew Perkins. However,  at four miles in length, an army of skilled volunteers is needed, and the additional help from the Trail Solutions team could make the progress go much more quickly. A bike skills area is also planned, and their talents could potentially be put to use here, leaving Drew to focus on finishing the trail.

Vote for the Demo Flow Trail 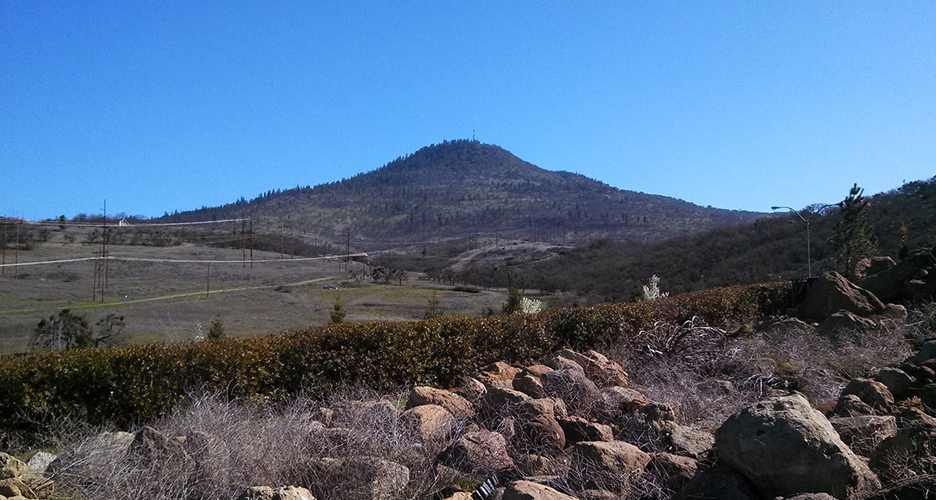 In our opinion, the project that would benefit the most from the Bell grant is the project sponsored by RVMBA in Medford, Oregon. RVMBA is a young group, and lacks the resources and experience the Bay Area projects currently boast. Southern Oregon is currently known for the mountain bike events on Mount Ashland, the most popular being the Ashland Enduro and Spring Thaw races. Ashland been established as a popular stop for mountain bikers traveling through the region, as one can easily hop on a shuttle via the fine folks at Ashland Mountain Adventures, then experience over 14 miles of all mountain gravity-assisted awesomeness.

Medford is but a few short stops up the freeway from Ashland, and the bulk of the population in the Rogue Valley resides there. RVMBA has been working with the city to help plan a trail system on Roxy Ann Peak, with up to 25 miles of mountain bike specific trails. IMBA’s Trails Solution has already been contracted to aid in the efforts, but like many projects, raising funds is one of the biggest challenges currently being faced.

Not only would the site provide a winter destination for riders, but it would raise awareness of Southern Oregon as a legitimate trails destination. The resulting mountain bike single track tourism would be a boon to the local economy. Although there are currently some existing trails in the park— I lived in Medford for a short period, currently have family there, and have ridden the trails— the trails are poorly marked, and much of the existing trail network have issues with sustainability.

In conclusion, of our three picks, we feel the Prescott Park Project would benefit the greatest. We’re likely to ride Demo the most, as it’s our favorite Bay Area Trails destination. However, it needs the least assistance to be completed, and looks to be on track. We feel the Stafford Lake Project is the most important, due to the significance it plays in regards to Marin politics, and the lack of legal riding opportunities. Regardless of which project receives the grant, we hope all four of the projects receive the necessary support to be completed.