There are some exciting new developments in the southwestern Oregon region known as the Rogue Valley. In the mountain biking world, the area is best known for the riding and events on Mount Ashland, but the local mountain bike scene includes trail networks near communities in Medford, Talent, Jacksonville, Applegate and Grants Pass.

If you’ve never ridden in Southern Oregon, we always recommend taking the shuttle from Ashland Mountain Adventures and riding the trails on Mount Ashland. It’s a destination ride in itself, and always adds a good day to a MTB road trip, regardless of what type of bike you bring. If you don’t have a lot of time but still want to take a break from riding, there’s another option worth checking out: a brand new trail system in the city of Rogue River, titled the Mountain of the Rogue Trail. 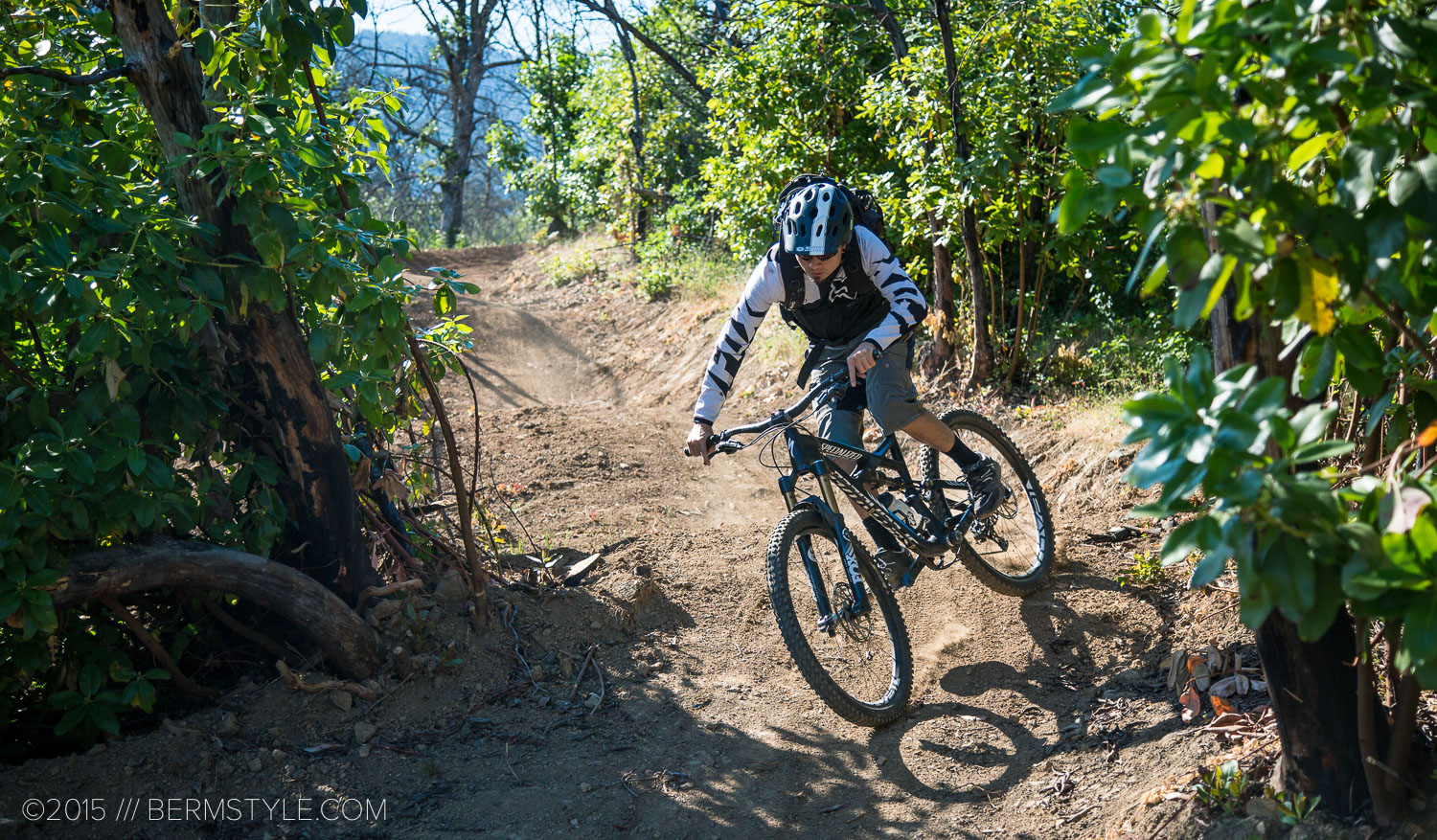 The latest addition to local area trail systems, the new trail is less than a half a mile from downtown Rogue River. Not only is it easy to get to, the close proximity to the I-5 interstate makes it a great stop for riders passing through to take a break from driving. 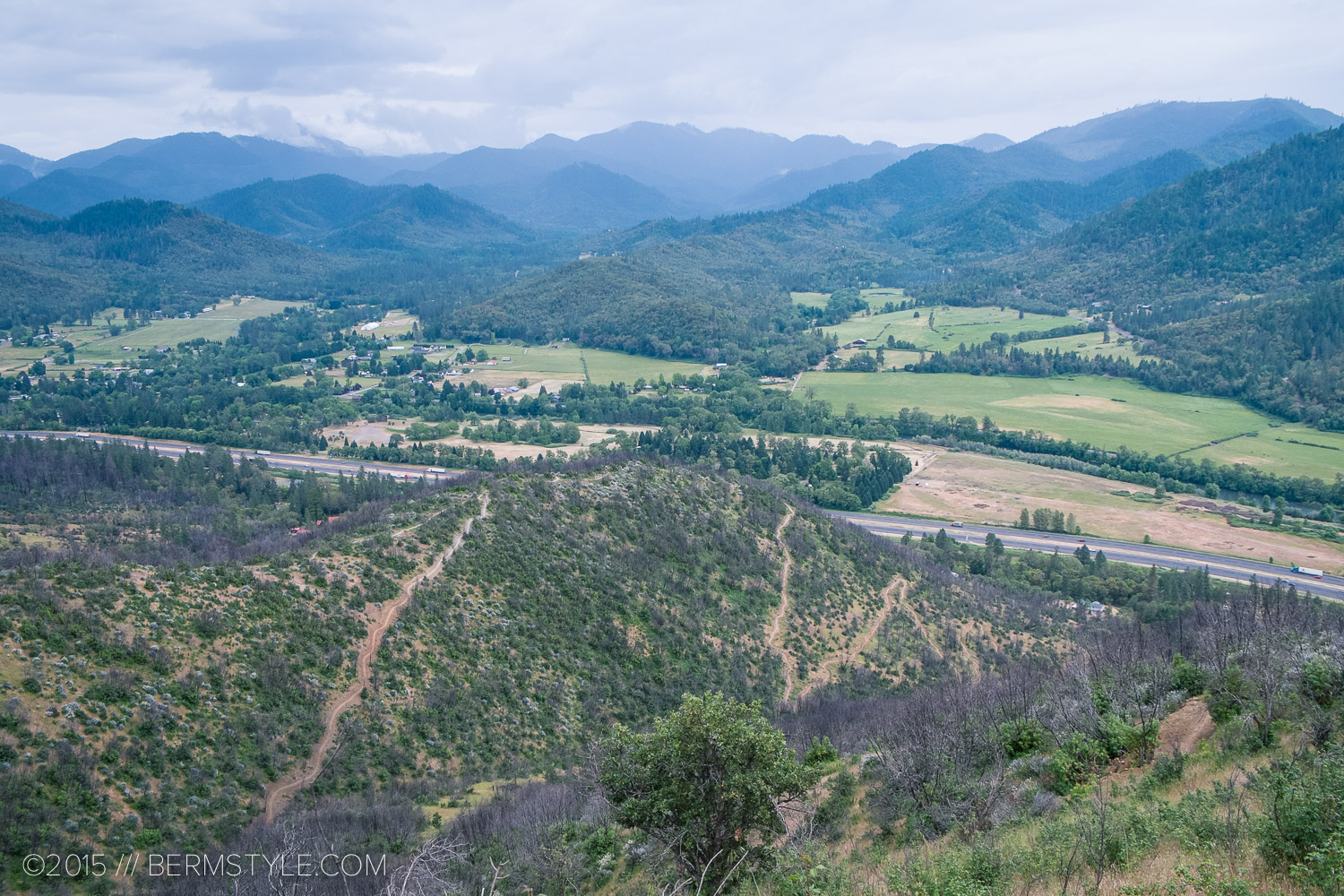 View of the climbing trail and the I-5 Freeway

Although there isn’t that much yet in terms of mileage, it’s the quality of the ride. It’s also southern Oregon’s first purpose built trail system, complete with flow trail features. A short climb up single track gets you to the first turn off to access to the lower flow trail dubbed Pay Dirt. And yeah- it’s all single track. 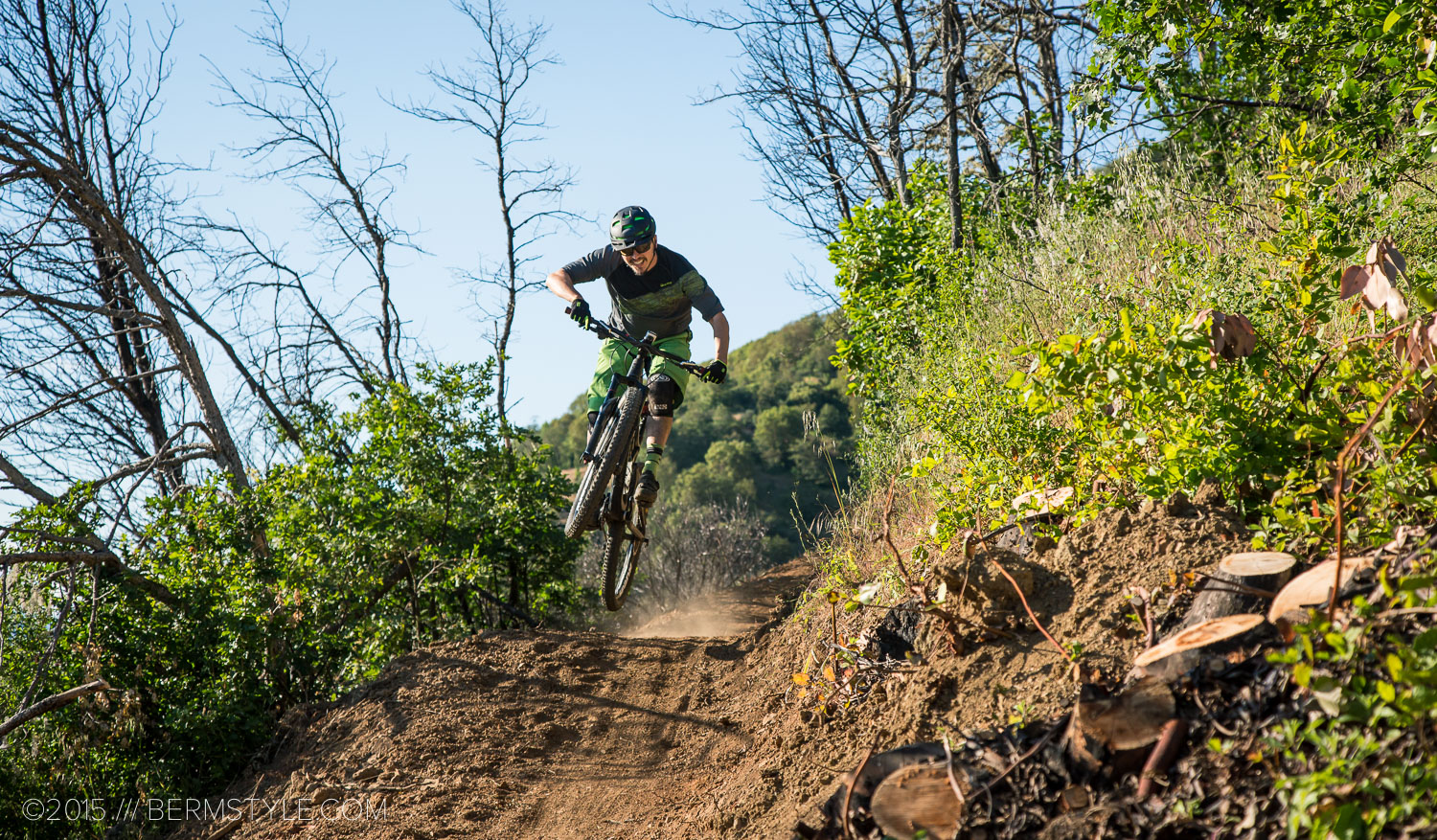 Take a break from your drive for some hang time at Mountain of the Rogue.

Pay Dirt is filled with easily doubled rollers and berms, and it’s fun to run laps of this trail alone. Alternatively, you could continue further up the mountain to create a bigger ride with an even longer descent. 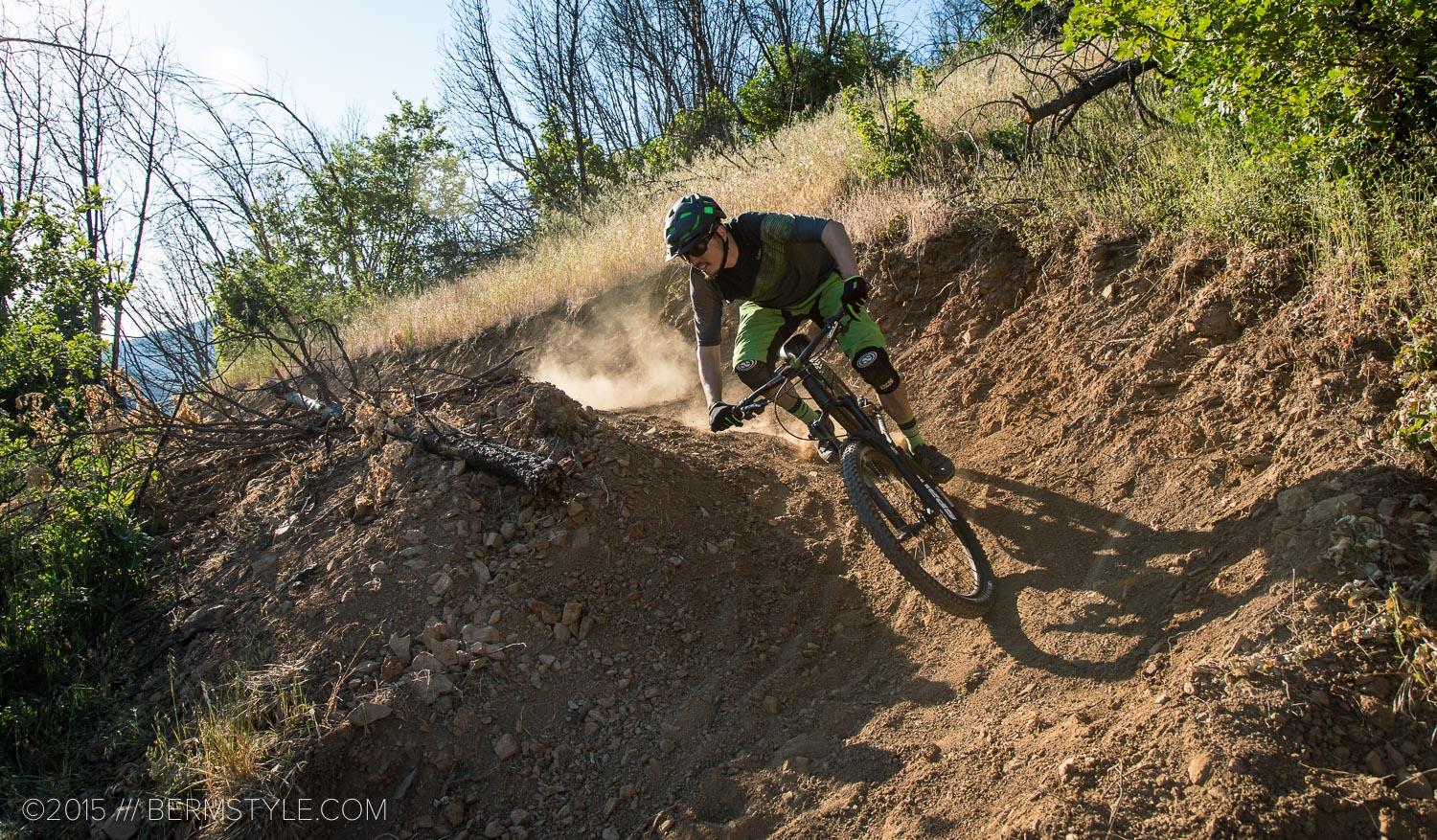 The fresh down hill switchbacks aren’t meant for climbing with steeper grades than you often seen in purpose built trails.

Mountain of the Rogue is a nice change of pace from a lot of the new flow trails we’ve ridden that involve miles of pedaling to get to the goods. And while total mileage of the new trail system doesn’t quite reach 10 miles, the descents are fun enough to session, or warrant a second lap to make a bigger day of it. 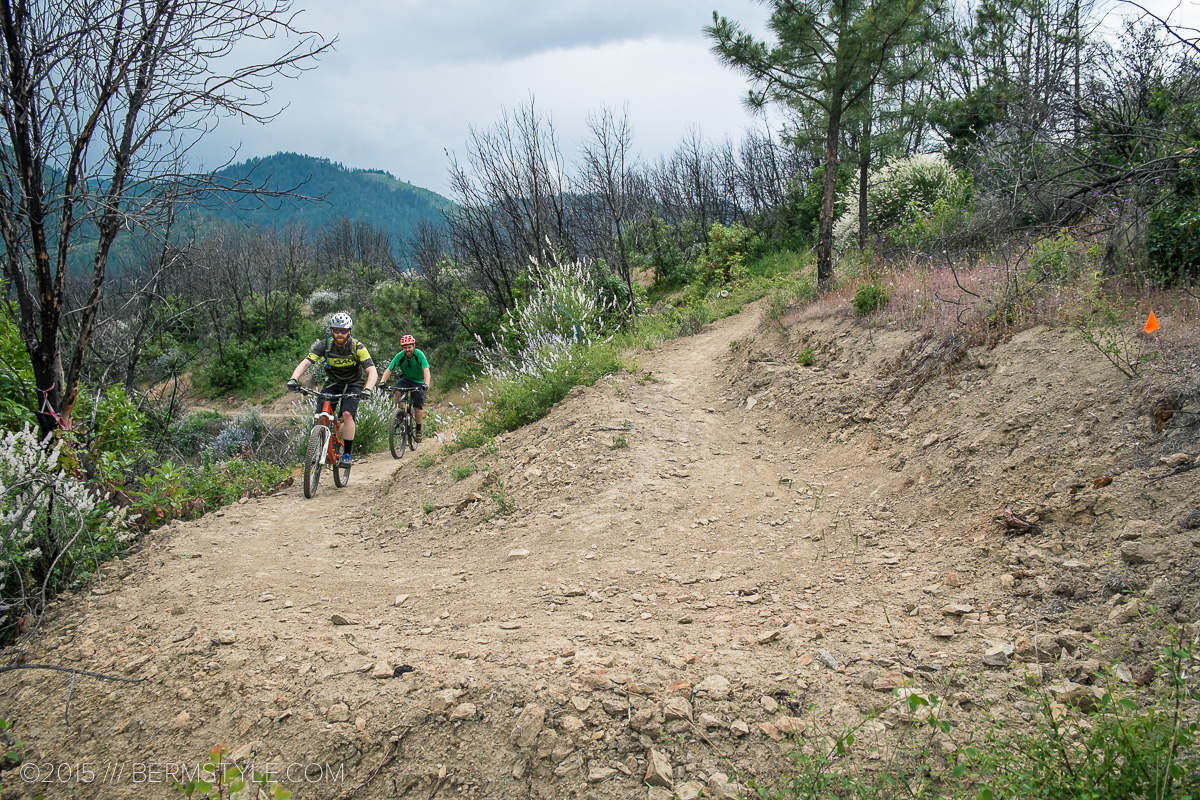 When we first checked it out, the trail was still new and wasn’t officially even open yet; much of it was raw, with loose turns. The warm summer and lack of moisture would make some refer to the conditions as blown out, but I found it was a nice change of pace from polished and buffed flow trails attempting to simulate bike park conditions. 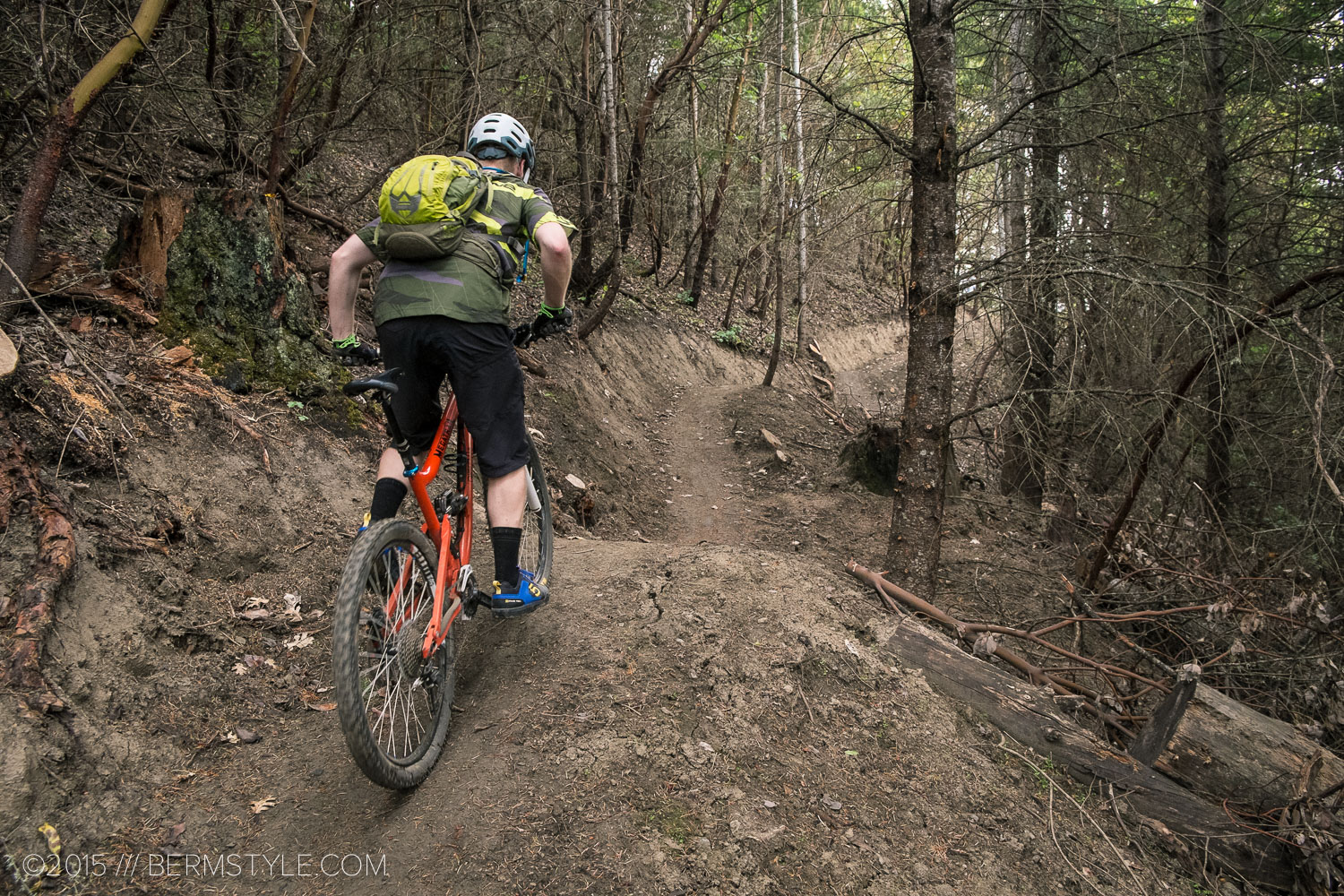 Undulating trail near the top of the ascent on Darkside trail.

Riding new trail is always fun in our book, and the character of the ride is certain to evolve over time. 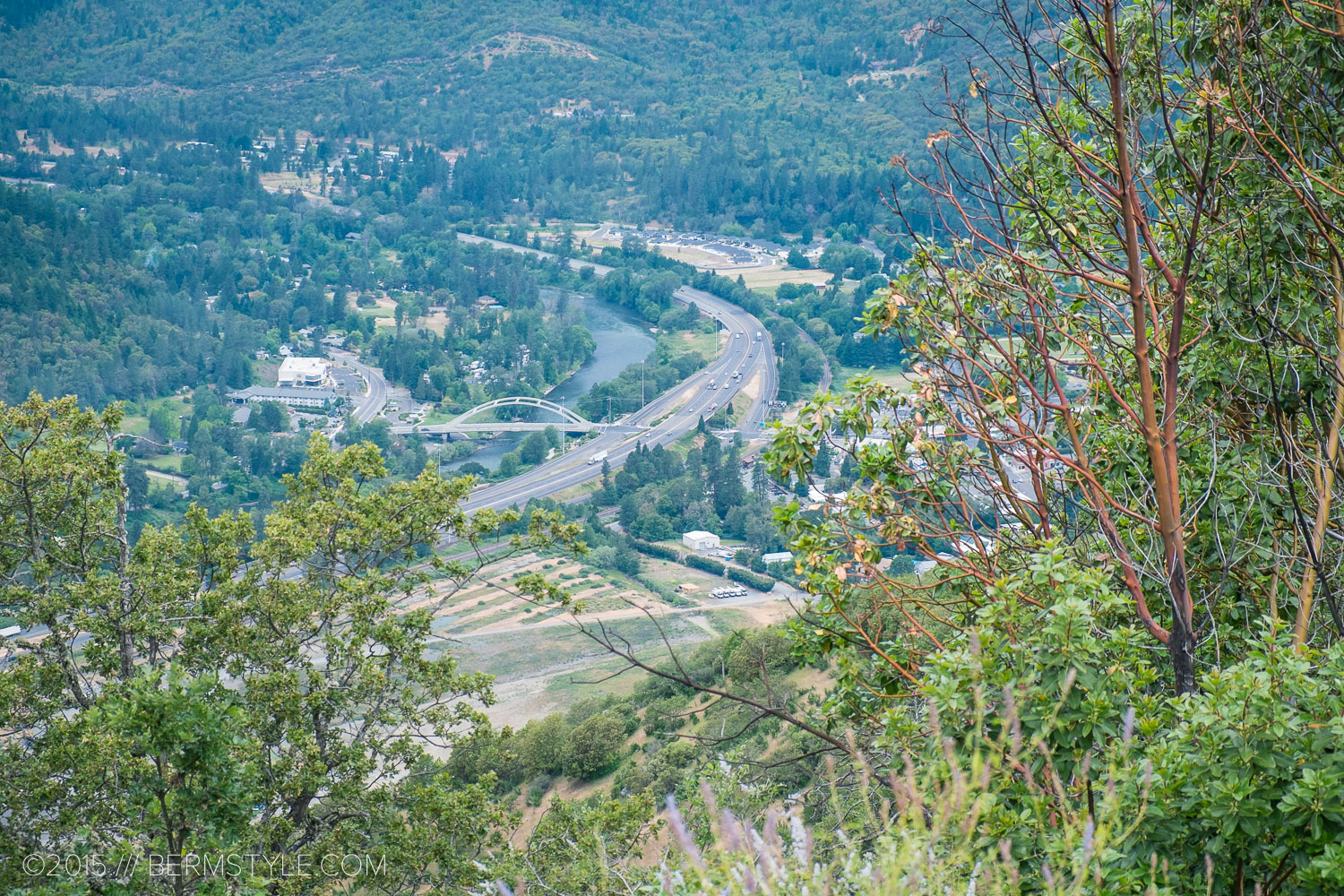 When you reach the top of the climb you’re rewarded with a view of Rogue River.

Since then trail signs have been added, and a parking lot is planned for construction once the fire danger season has passed. 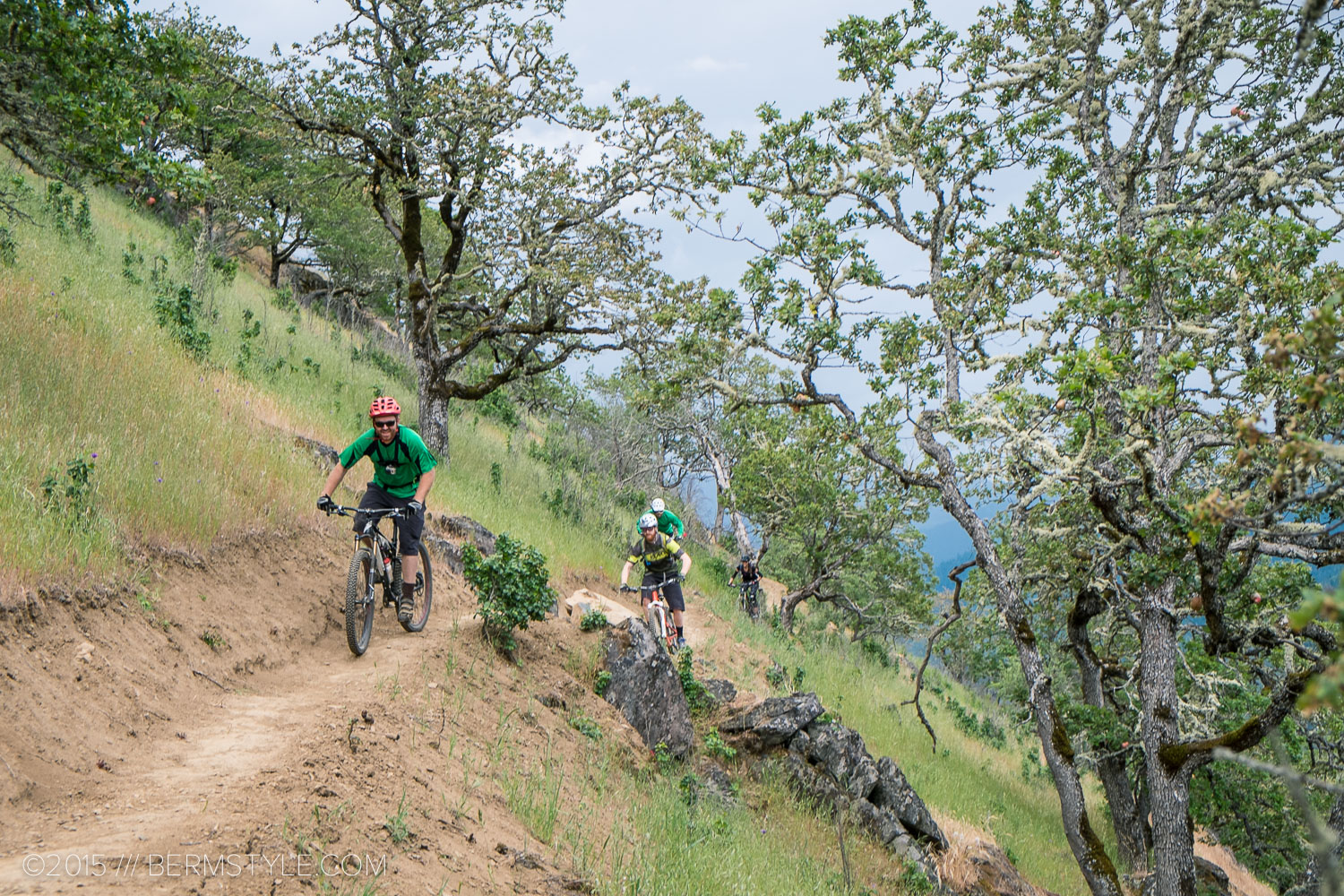 A non-motorized trail system on BLM lands southeast of Rogue River, Oregon.
Phase 1 actions include the construction of 10 miles of trails and trailhead parking area. 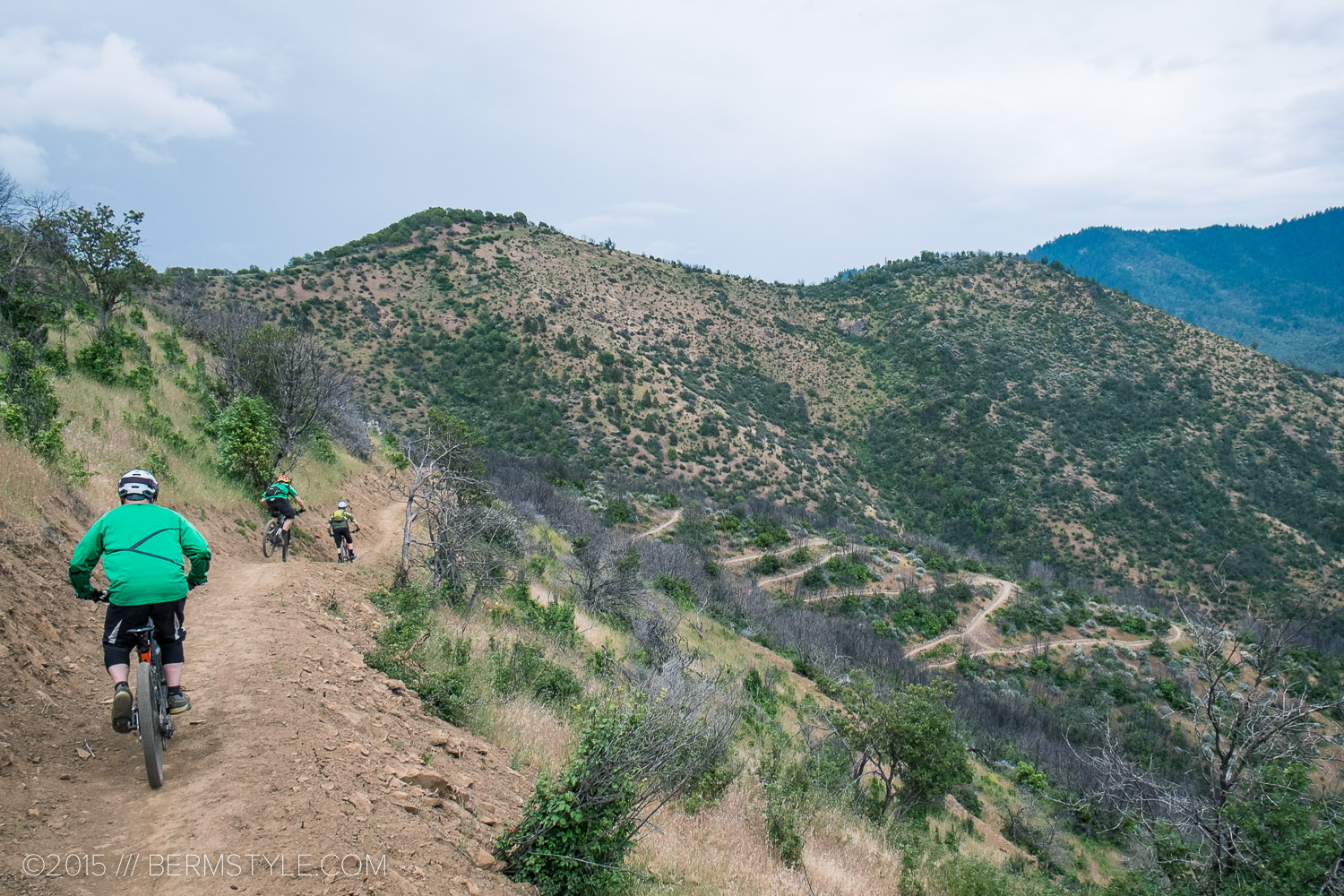 Headed down the mountain. 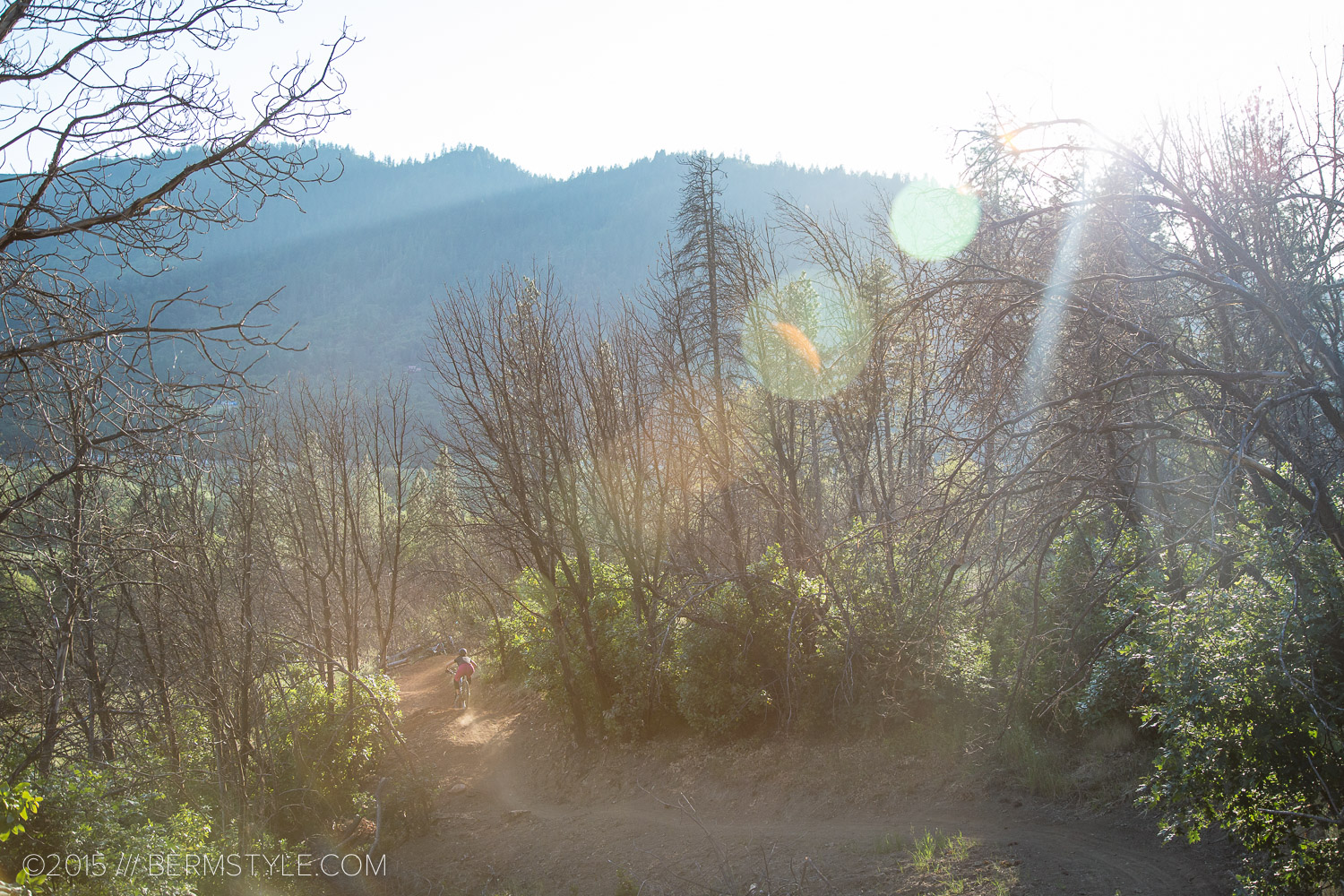 Mountain of the Rogue Trail System from Steven Mortinson on Vimeo.

Summer conditions are hot and dry, so the trail will be best in the spring and fall. The trail is at a lower elevation than Ashland, which should make it a good destination for winter time riding.

More on the Facebook page: Mountain of the Rogue