Ashland, Oregon, is a fun place to ride your bike. It seems like just a few years ago I was living in Ashland, we often talked about how cool it would be to race from the top of the mountain into town. It turns out we weren’t the only ones thinking this, and a few years later, the Ashland Super D event was born. Fast forward a few years again, and the event has blown up, with riders traveling from all over to test their mettle on the route down the mountain.This weekend the town was saturated by mountain bikers in addition to the usual tourists for a race that almost didn’t happen. 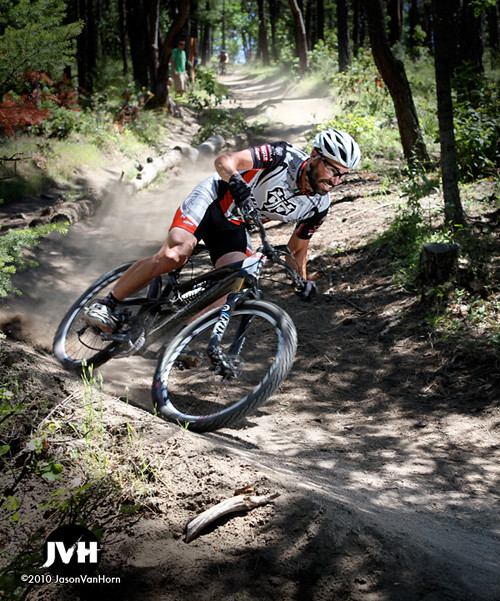 Mark Weir on the BTI Trail on his race winning run at the Ashland Super D. Photo: Jason Van Horn

Thankfully for racing, at the last minute, things all came together, thanks to the efforts of Bill and Sue Roussel from Ashland Mountain Adventures who took over the event, volunteers from the Southern Oregon Freeride Association, and major support from title sponsor SRAM.

Riders new to Ashland were in for a treat. Featuring a mix of fire roads and fast flowy single track, the race course was an all-out attack down the mountain, with a climb thrown in that weeded out those that were fit, from those that lacked the legs. Starting off at the ski area lodge, racers charged down Bull Gap, a high speed fire road section that lasted several miles, and claimed more than a few tubes and tires. Next up is the single track climb that turns into a ripping single track descent through the woods. Popping out onto the second high speed fire road section that leads Four Corners, riders dropped into the Catwalk trail, which also serves as the Spring Thaw DH course. After ripping down Catwalk, riders begin a rolling single track traverse called Toothpick that continues to Caterpillar to White Rabbit. For many, this is the most painful part of the day, with its ups and downs that are hard not to ride in the red. The final section of trail is the high speed BTI, where I chose to make my photographic stand- not only is BTI one of the best sections of trail on the mountain, (thanks largely in part to recent volunteer trail work by Wes Nile) but the most technical at speed. 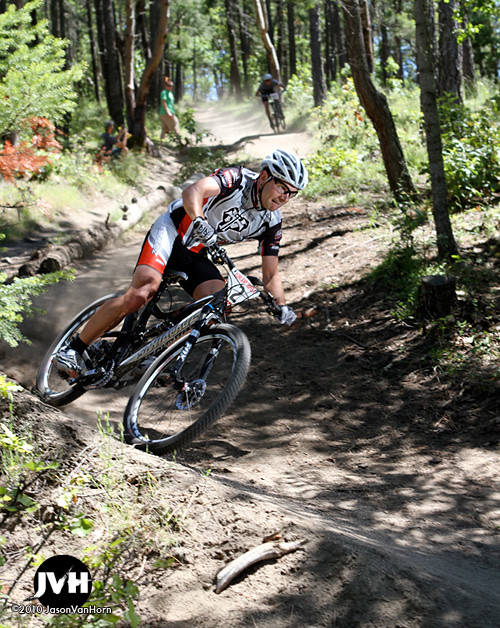 Days before the event, the top two miles was covered with 4-5 feet of snow. A snow cat was brought in to plow the upper part of Bull Gap road, and the weather came together, and by race day the course was perfect, making for a great weekend of racing.

Super D is beginning to come into its own thanks to courses like this one, which requires both a high level of fitness as well as technical ability to come out on top. All the top names in the sport were in attendance in a clash that had all top five podium spots within a minute. WTB’s Mark Weir took top spot, beating his teammate Jason Moeschler by less than a second in a finish that compares more to downhill racing than an endurance event. Resident pro and local hero Nathan Riddle used his home town advantage to come in at a respectible 5th place. 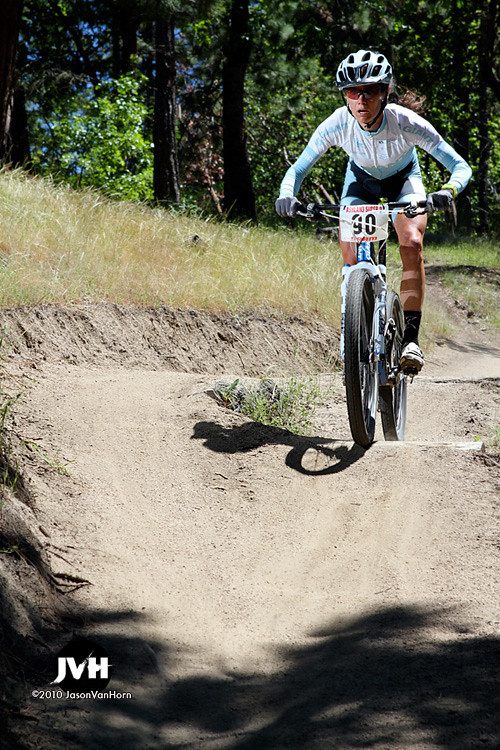 Next season, organizers hope the course will be even better. Missing Links, a currently unsanctioned stretch of killer single track that serves as a connector from Lower Bull Gap to Four Corners is considered by many locals as the best stretch of trail on the mountain. The Forest Service is currently assessing the area, and local advocacy group SOFA hopes it will be sanctioned in the near future, and replace the second fire road section down the mountain. 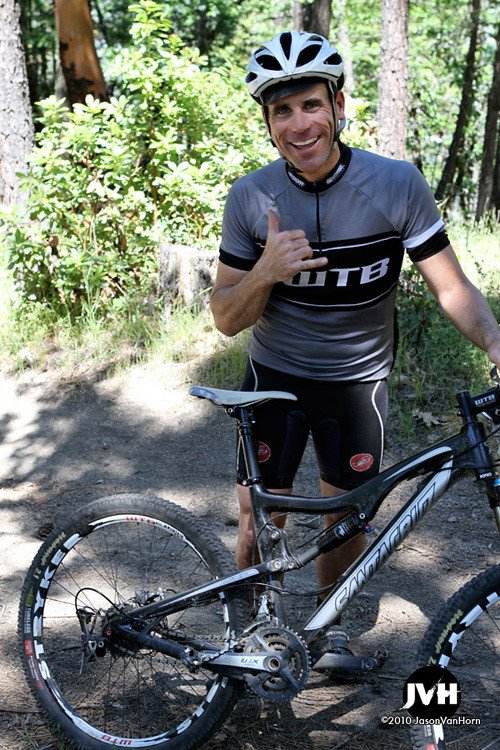 WTB’s Chris Schierholtz had chain issues during his run, but was one of many competitors that clearly had a great time at the event. Photo: Jason Van Horn