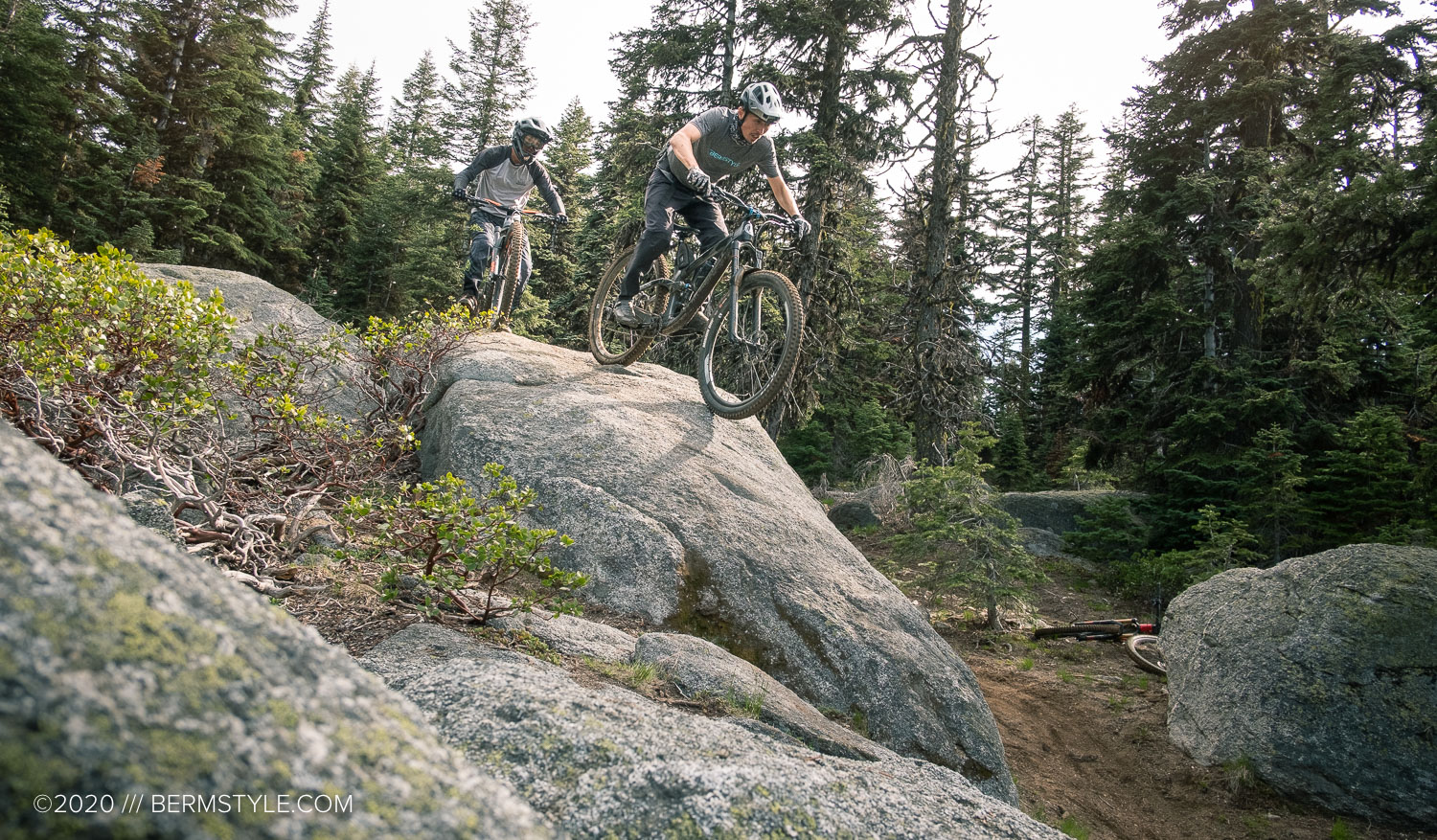 Rock rolling on the Timewarp Trail in the Mt Ashland watershed

Southern Oregon is known for its scenic rivers and lakes, green forests, and most importantly, mountains littered with single track trails. Over the last decade, the area has become known as a mountain biking destination, with a number of destination-worthy trail systems.

Three distinct trail systems have emerged as the principal draws for trail seeking travelers: Mt. Ashland (Ashland), Mountain of the Rogue (Rogue River), and Spence Mountain (Klamath Falls). While there are even more trails to be found in the Rogue Valley, we’ve come to regard these three systems as the southern Oregon trifecta.

The riding season doesn’t officially start for us without a road trip to ride mountain bikes on the Timewarp Trail on Mt. Ashland. Starting at the top of Mount Ashland (past the ski lodge) at an elevation of about 7,000 feet, Timewarp is a 3-mile long singletrack descent through alpine meadows and over rocks that continues into the flowy woods. Warp speeds are easily achieved, held in check only by guts, treads, and brakes. 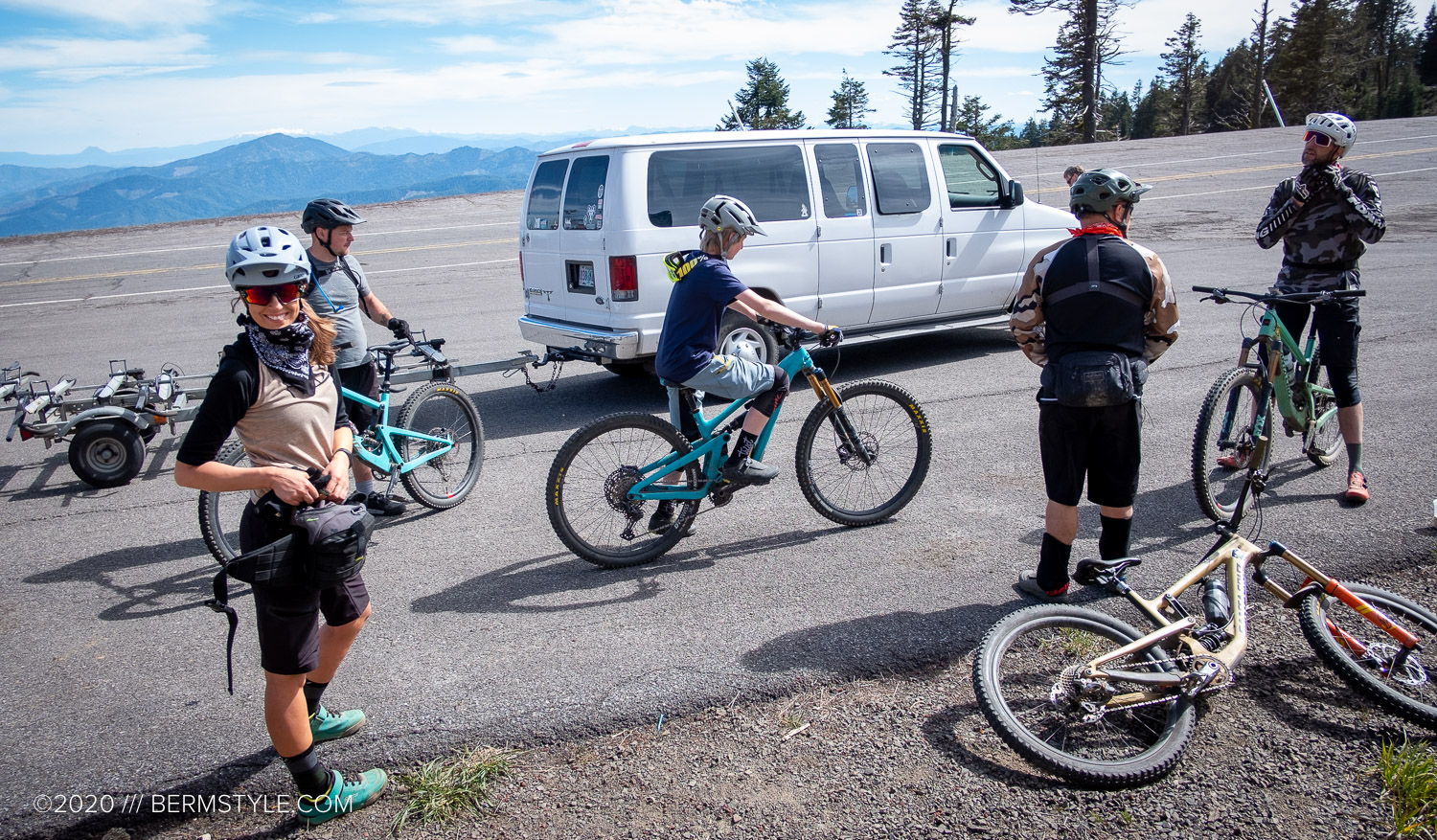 Quoc Phan and the Tam Bikes crew out of Mill Valley are known to hit up the Mt. A shuttle every year during Memorial Day weekend

This year life has been considerably different with the pandemic, but with everything slowly opening back up, we elected to mask up and hit the grocery store for provisions before heading south down the I-5. Though we’re still adhering to social distancing protocols, we travel self-contained in our van and use an abundance of caution.

After being cooped up in our house for a few months, we were looking forward to seeking out some dispersed camping/ parking spots in nature. 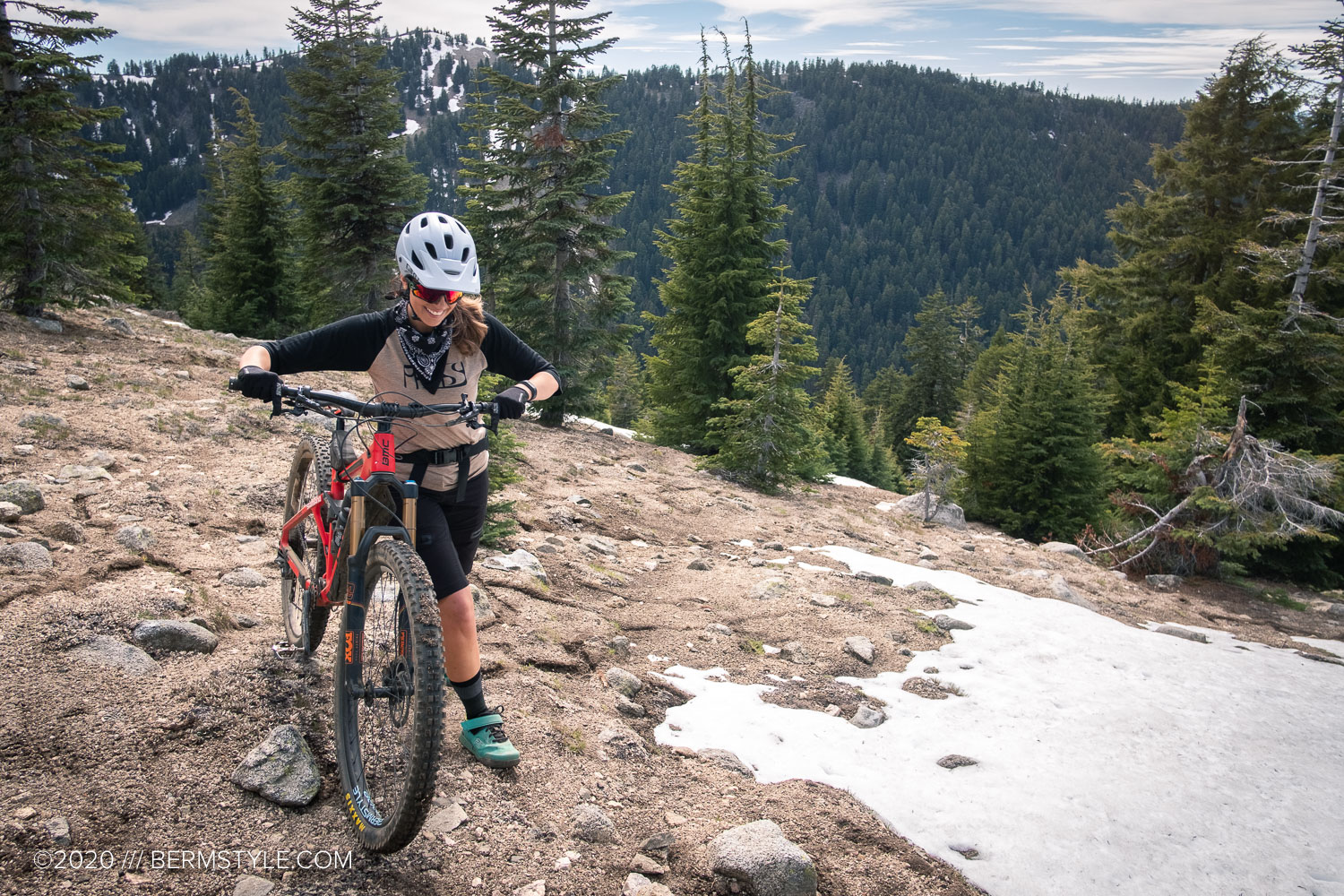 The top section of the mountain is still covered in snow this time of year and often isn’t fully accessible until June. However, it’s hard to resist that hero dirt so we headed up to get our shred on.

Our favorite way to get there is to head over to Ashland Mountain Adventures HQ, the local shuttle service that services the Ashland area. After getting dropped off at the ski area lodge, we continued pedaling up the mountain. As it’s pretty early in the season, we took an alternative route in to skip the solid fields of snow thanks to our local knowledge.

Tire choice is always a tricky one here. Big and burly is better on Timewarp, but as we planned to ride for five consecutive days, I packed the burly wheelset but ended up leaving my trail wheels on for more maneuverability on the lower flow trail sections. 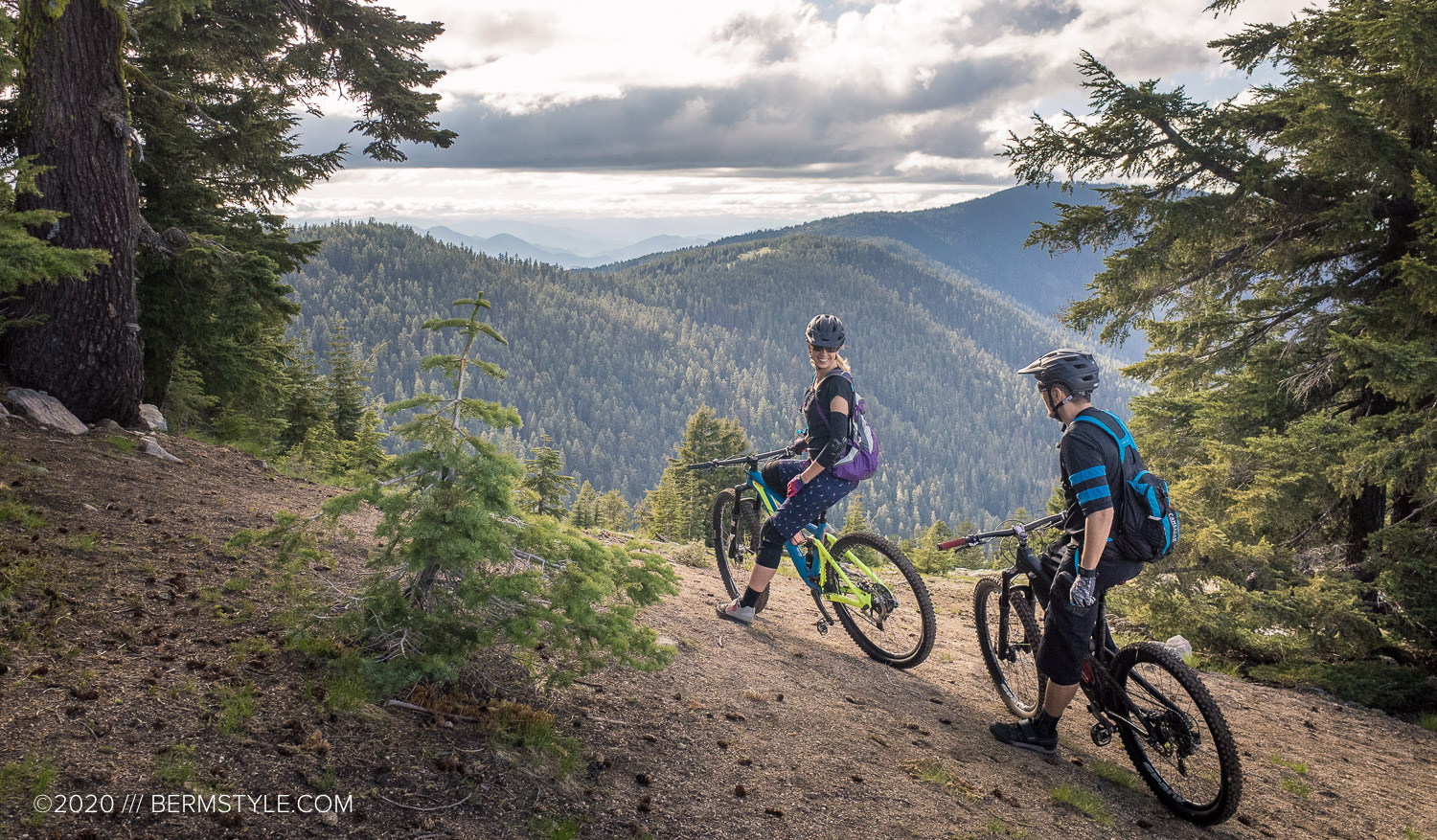 Epic viewpoint on Timewarp before heading into the woods (as seen on June 25, 2016)

Sections of trail on lower Timewarp have been rerouted, adding, even more trail and flow. It’s awesome to see the progress being made throughout to continue improving the riding. 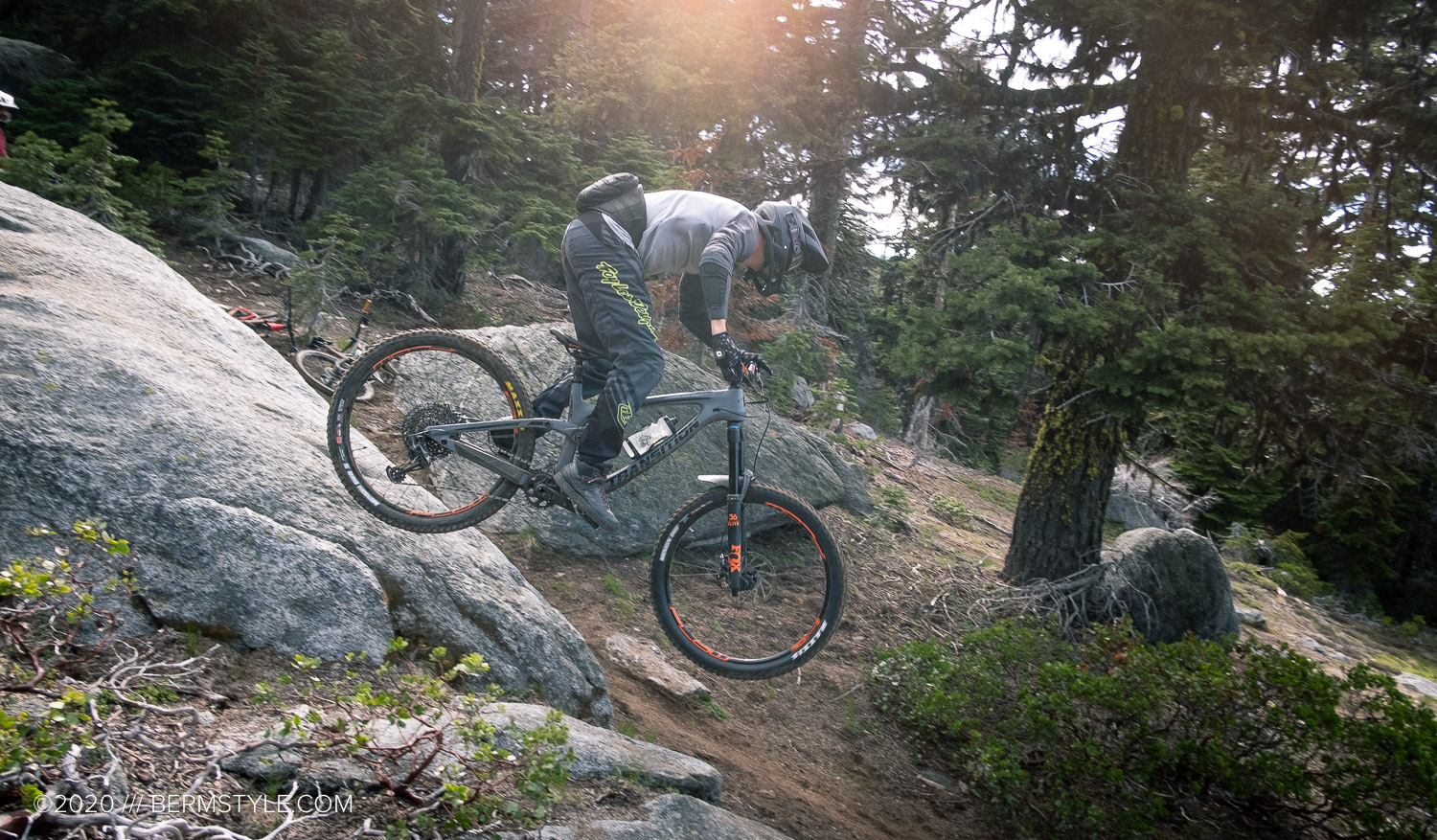 After exiting Timewarp on the access road we headed right to Four Corners, as the trails on the west side are currently in a state of limbo. Hopefully the issues are resolved soon; fortunately the bulk of the system is running awesome. We dropped into Marty’s Trail as we were feeling the need for some hang time on the jump line.

The upper bit of Marty’s Trail has gap jumps that can approach quickly. While they aren’t tall, they are sizeable in length and require lots of momentum to clear safely. There are plenty of go-arounds for those not feeling it. 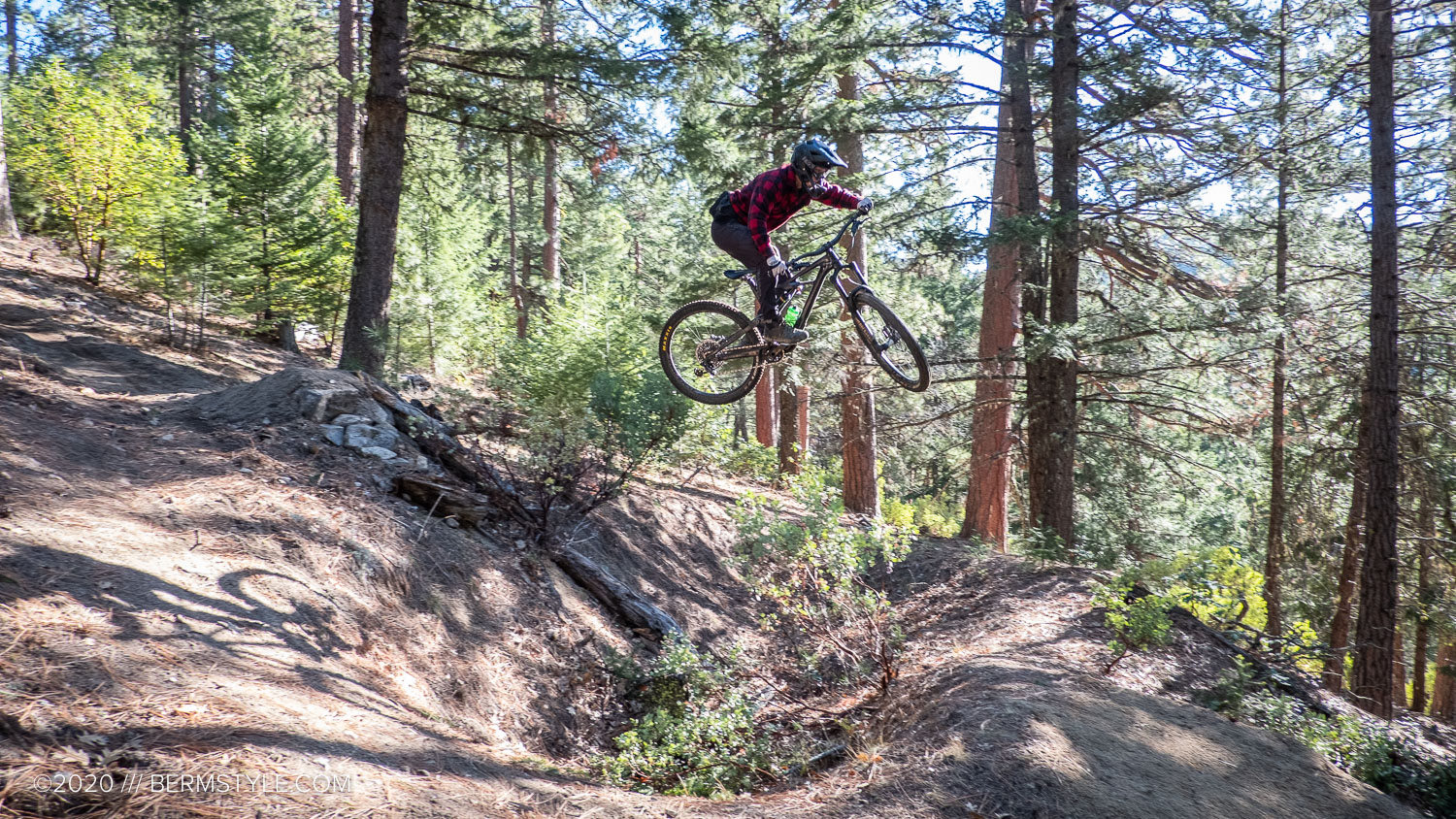 Izaak sending a sizeable step down off Marty’s.

After a quick detour to send the step-down gap pictured above, we continued down Marty’s. Like many other sections of trail, bits and pieces have been reworked and have continued to evolve. What hasn’t changed is the classic rock garden section. 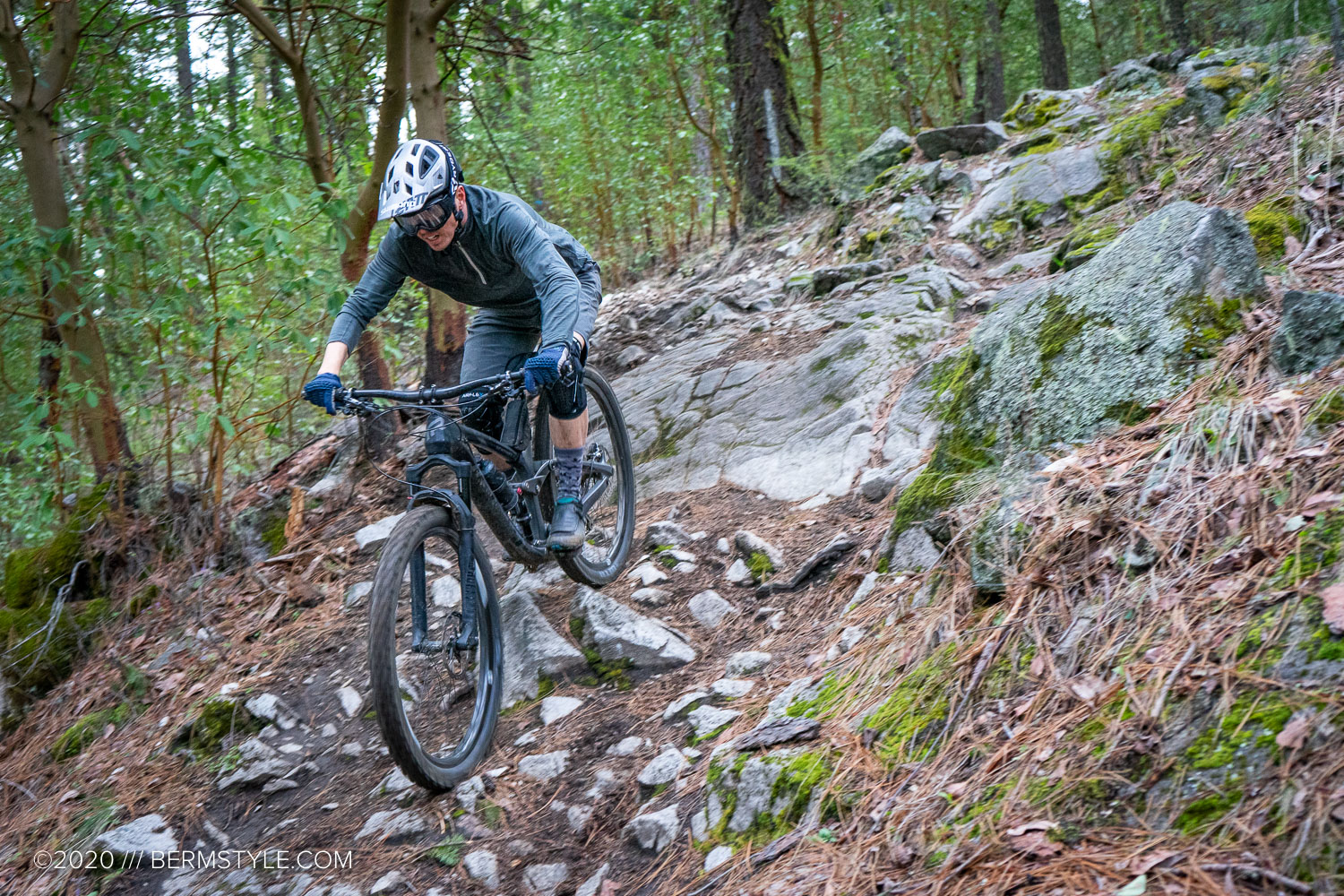 The rock line is still as rocky as ever, and the steep and occasionally treacherous fall line sections always supply a few pucker up moments. Near the bottom, it splits into a number of different routes, with the most notable skipping the Loop Road section and instead continuing down as a blue trail to the beginning of Caterpillar. 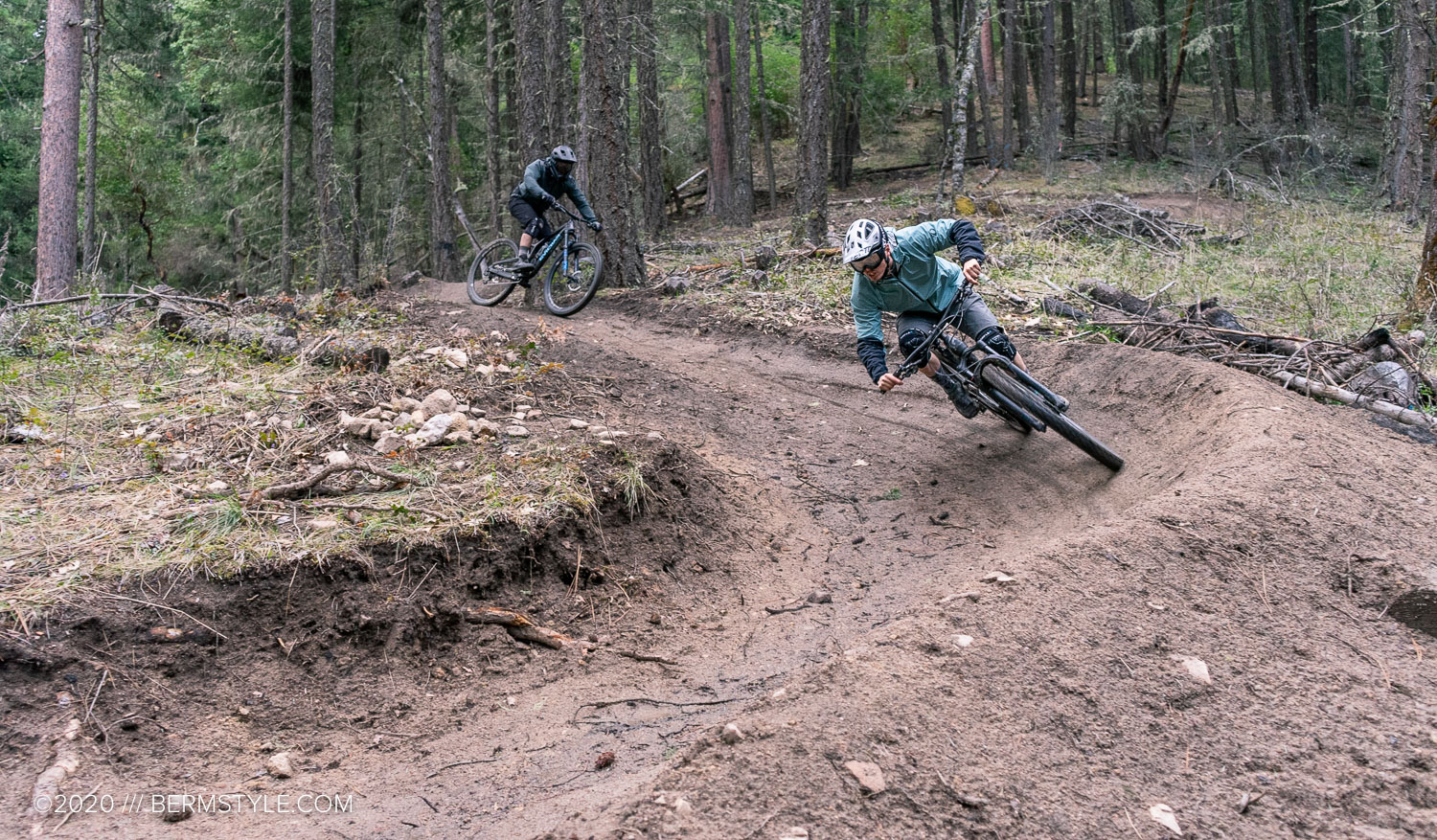 The Catapillar Trail traverses from the junction of Toothpick and a hiking trail. Partway down the trail splits with hikers headed left and bikes going right onto the Lizard Trail.

Lizard is a new favorite and a good example of the new school flow found in Ashland, with big swoopy turns and berms. 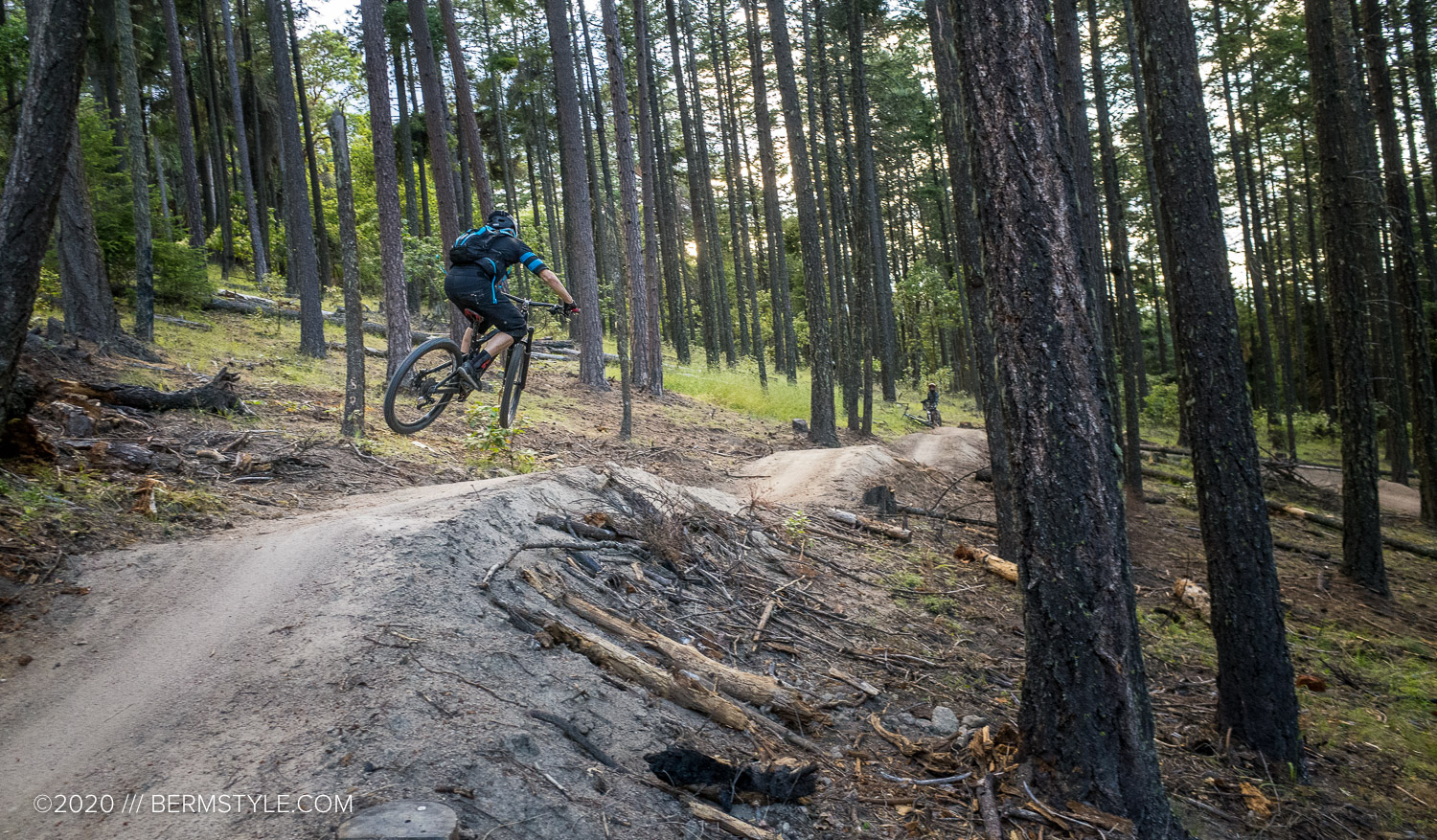 After a series of S turn berms, you can continue on to finish on Alice in Wonderland to BTI or Jabberwocky.

Today’s mission ended on Jabberwocky, a machine built route 2.2 mile long downhill only high speed descent filled with more berms, rollers, and whoops. A few substantial grade dips provide a rollercoaster-like ride where the risk of flying off trail and down the embankment is the only thing keeping your speed in check.