Getting to open it up and pin it down the mountain is the best part of riding and racing bikes in Ashland. Formerly a Super D format, the Ashland Mountain Challenge was a stage race made up of four sections timed on trails primarily going downhill. Not quite an enduro, but not a straight Super D, it lived up to its name with leg burning rolling sections where strong legs and lungs gave you time on your competitors, or penalized you.

If I were to ride a typical bay area trail with the same intensity as I did in Ashland, Oregon, there is a very real possibility I’d be reading about it on the forums of MTBR days later. The title of the post would likely be something along the lines of “Stravahole skidkiddie spotted on trail”. Fortunately, once we reached the Oregon border, bad vibes were automatically turned to the “off” position, and the fun factor turned up to 11. 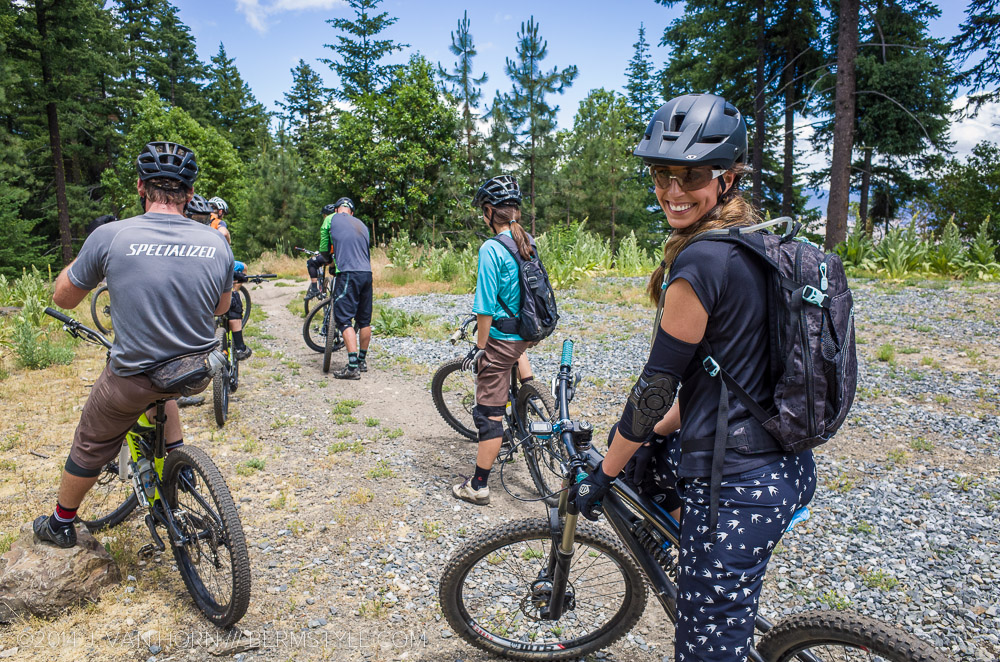 Ashland Day One, Run One: Horn Gap to Catwalk to BTI

Over the course of the weekend we logged over 70 miles of riding in the Ashland area. Much of it was down hill, and fully pined. Corners were roosted, and loam was indeed shredded and sent skyward.

There is something amazing about blasting descents for over 20 minutes straight. In fact, it was so fun that we ended up riding over 30 miles on Friday with two runs down the mountain— one on each ridge. With an eight mile traverse to reach Hitt Road, and stages one and two, it was a good day on the bike. The downside was that long day of pedaling was felt the following day, but without regrets. Mostly. 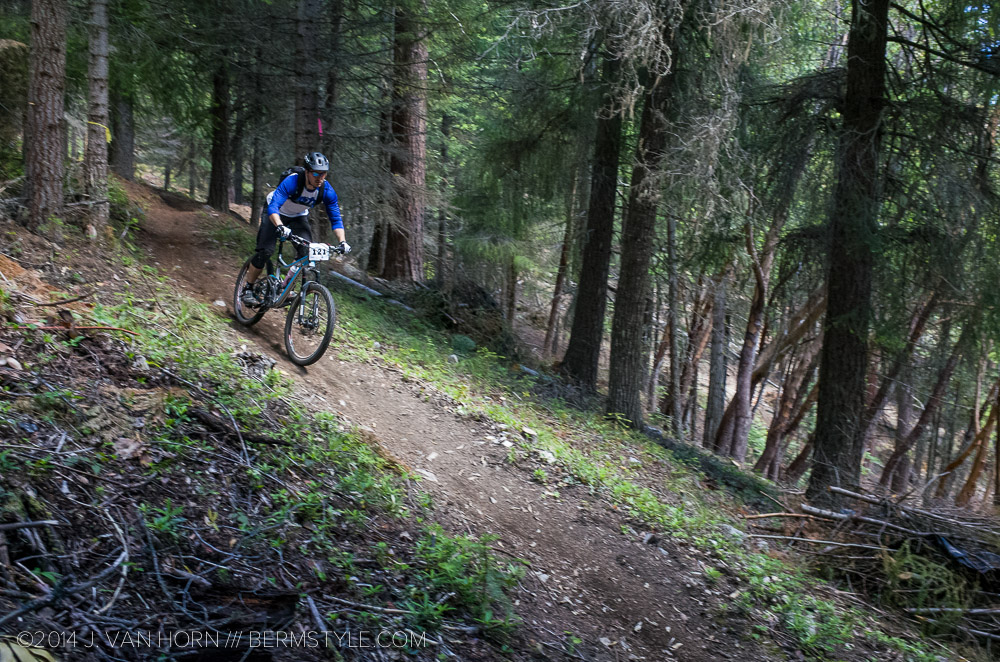 A few turns into Stage 1

The day of the stage race started off painfully slow, as our usual go to spot for coffee and snacks —the Ashland Co-op— was undergoing a remodel. I’m not a morning person, and need caffeine pretty much immediately after waking up in order to get moving. It made for a sluggish morning. We found an alternative source of wake up elixir and headed to the park.

When we arrived at the top of Lithia Park, I’d missed the riders meeting. My start time wasn’t for another two hours though, so after strapping on a number plate, I began the nine mile pedal up to the start of stage one. 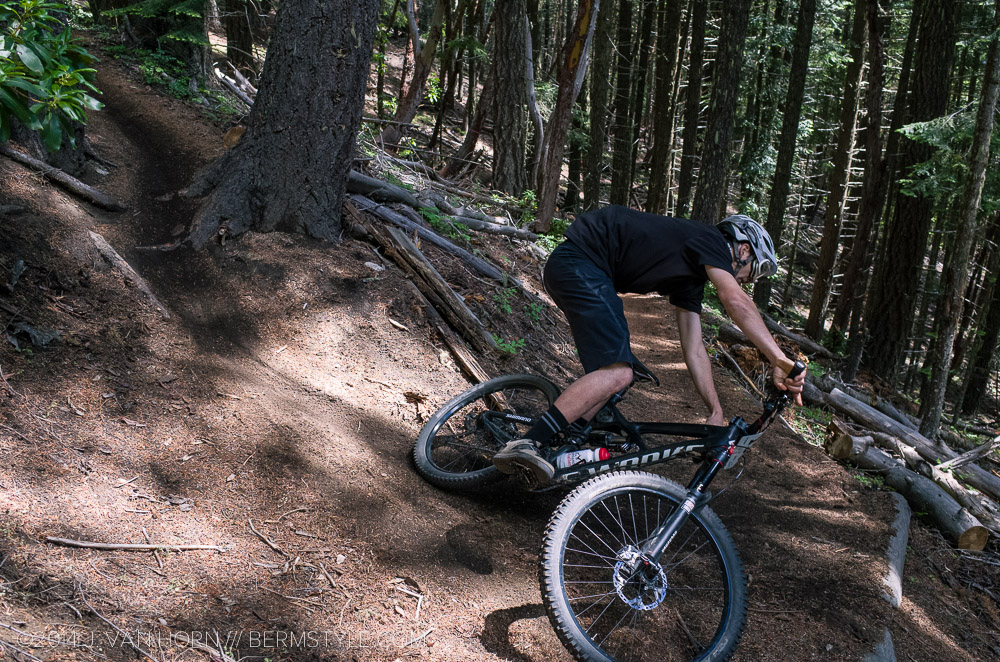 The first hard switchback on stage 1 claims a victim

The pedal was a mellow one. However, after our big day of riding the day before, conserving energy  was the name of the game for this challenge. I took my time and ended up with 20 minutes to spare, so I hiked down the trail a few turns to document a few runs with the compact camera I toted with me in a jersey pocket.

Stage one starts off fast before coming into a hard left hand switchback that comes up quickly— a bit too quick for one rider as we witnessed first hand. 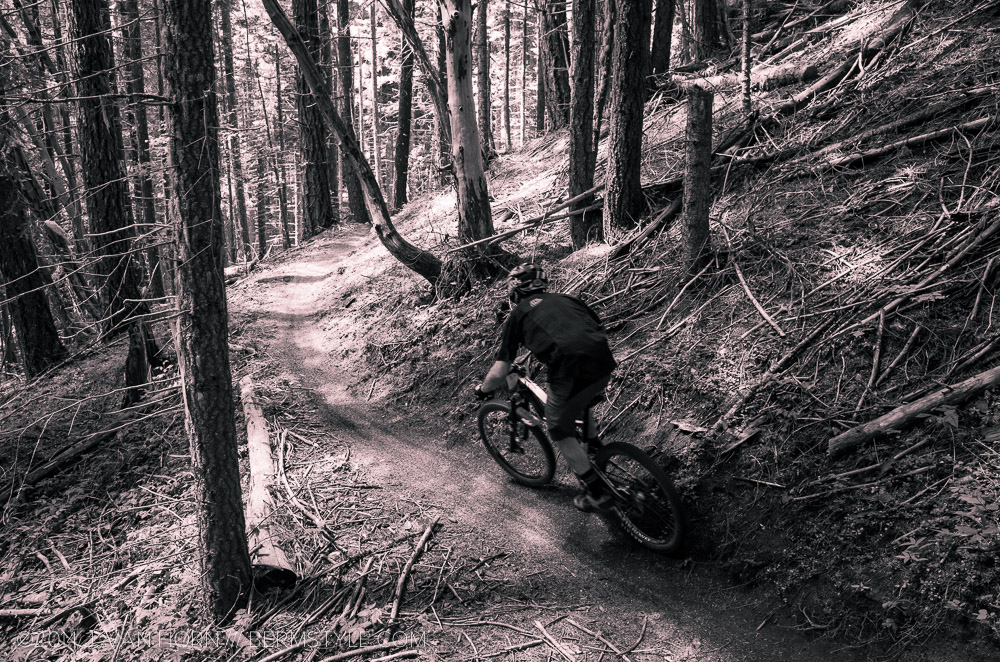 The first stage went by fast; I forgot about the brief uphill section, which was short but a killer with the addition of adrenaline due to the clock. At the end, after checking in with the timing team, you dropped out to the fire road and made the pedal down Horn Gap Road, and then up and over to stage two, Hitt Road.
The second stage starts off with a water bar jump you come into at almost 30 miles an hour. I quickly realized I needed to add some bottom out to my Pike as my fork bottomed out with a solid KLUNK. Turns out I could use a bit more bottom out after being sent 25-30 feet down the trail. The small booter set the pace though, and at this point, it was all about hanging on and keeping it pinned though some drifted turns and big waterbar rollers. This was a fast section with minimal pedaling, and fun as hell.

At the end of each course, officials checked your time and added barcodes to a card each racer carried on them. After getting my time, I headed to the park and grabbed a drink before heading up to the top of Lithia Park for a shuttle up to the lodge, and stages 3 and 4. 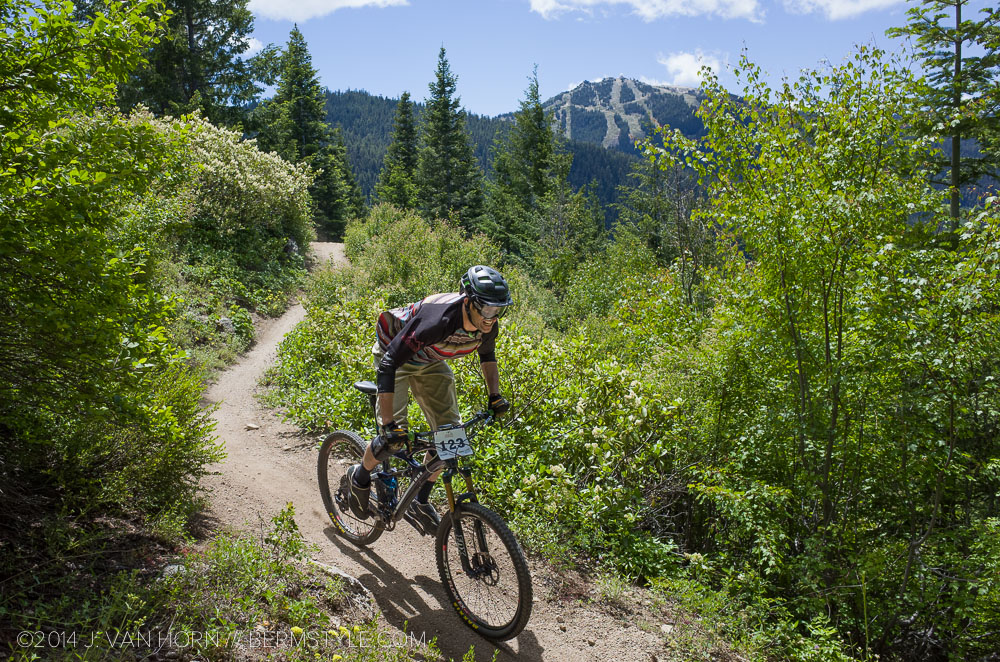 Don Moorehouse, out of the gate on Bull Gap Trail.

Stage 3 began at the first view point of the Bull Gap trail. Not quite downhill yet, the trail rolls up and down before become a full descent, filled with rocks and roots. This section is one of the best in the area, but filled with more than a few square edged rocks. I flat spotted my rim on this section of trail a few months ago, and  passed at least one rider pinch flatted on the trail on my run. After the trail dropped out the the road, it was a high speed fire road descent to Four Corners. (the Missing Link section has yet to become sanctioned.) By the time you come to the Cat Walk trail, (also known as the Spring Thaw DH course) you’re accustomed to going mach 10 with the wind in your hair, and blasting through the rocks at the top of Cat Walk happens without a second though. It continues over the Cat Walk jump and down through the braking bumps of Cat Walk.

At one point I over correct, dodging a stump on the right side of the trail; with my bike fully sideways, I ride directly into the uphill side of the trail, and plant my goggles (and face) into some bushes.

Picking myself up, I untwist my bars and do a quick analysis. Brakes? Check. Bars straight? Check. Pull grasses out of the goggles? Check. Then it’s back on the bike and trying to hustle even more to make up the down time. 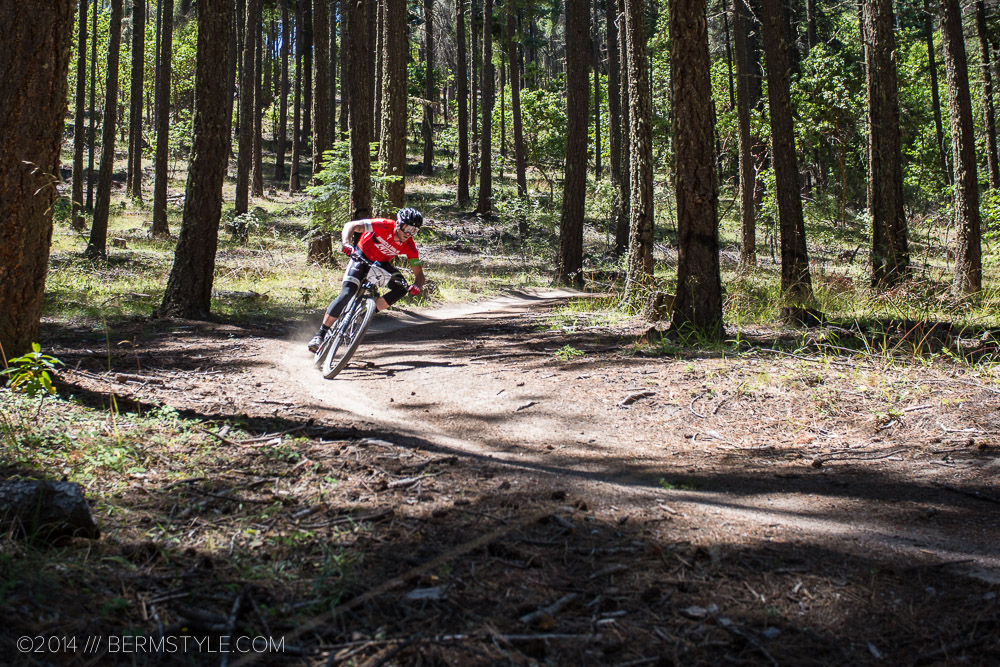 Jon Hauer of Santa Cruz at the bottom of Caterpillar. Photo: Inga Beck

At the bottom of Catwalk on the Toothpick traverse is where things start to hurt. The rolling contour trail normally pedaled at a brisk pace isn’t quite as friendly when you’re out of the saddle pedaling as hard as you possibly can. At this point, the previous day’s riding was felt heavily, and it continued up the light climb of Caterpillar.

If hit at the right pace, Caterpillar flows quite well. Carrying momentum in the right places means you flow up the up hill sections with good speed. I was unfortunately unable to pull of the pace at this point and had to settle for a fast seated spin. Fitness FAIL! 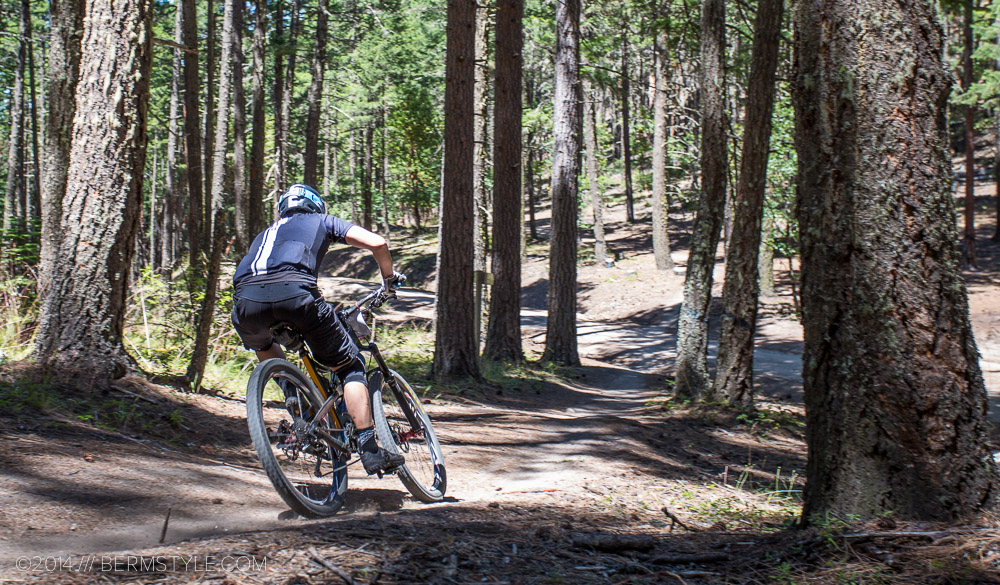 The author on his way down Caterpillar. Photo: Inga Beck

Due to some permitting issues, the stage ended at the White Rabbit parking lot, with the next one continuing down the trail aways for the famous high speed turns of BTI. 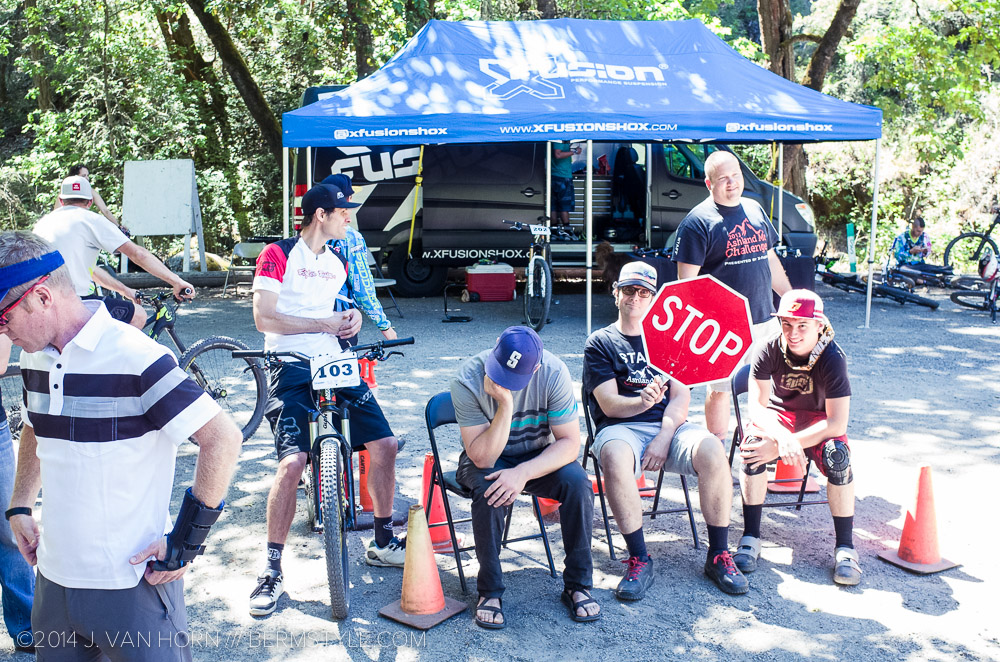 With the last bit trail wrapped up, it was a brief sprint to the finish line, and time for post run burritos before standing in line to turn in the time cards. Good stuff. 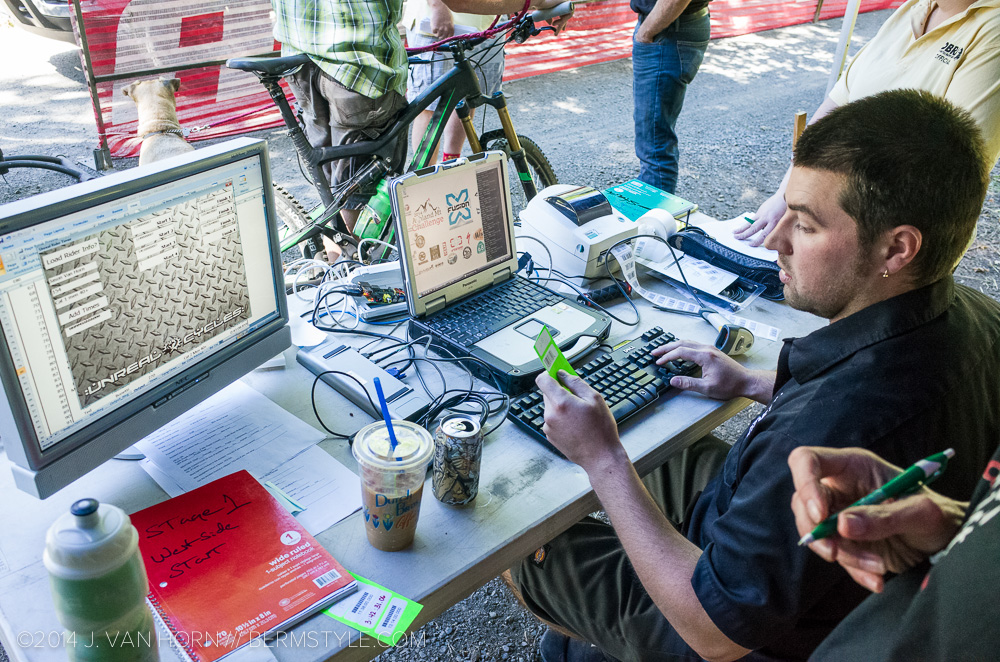 Tallying up the totals from the individual stages.

Some time later I received word that Inga had wandered down the wrong road and had missed the park altogether, so we took advantage of the a coupon for the Brewery and got ourselves ready for one more day of riding in Southern Oregon with the boys. Although the riding on Mount Ashland is epic, plans are in the works to open up additional trail networks in Talent, Jacksonville and Medford.

With mountain bikers in the Mt. Shasta and Yreka area (about an hour drive south of Ashland) working to do the same, Southern Oregon (and the surrounding zones) has the potential to blow up even further as a major MTB destination in the next few years. 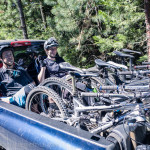 On the way out for Sunday’s ride 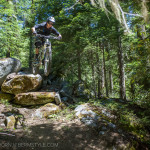 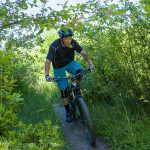 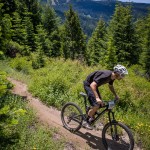 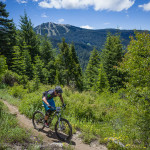 Racing with Mt. Ashland in the background 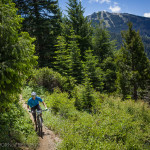 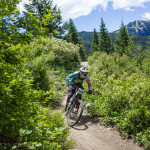 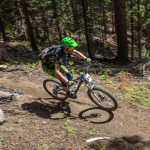