January progress on the flow trail initially has been slow due to the grade in the transition area through the trees. Although we now have Kevin and the ST 240 working in overdrive to cut the new trail in, retaining walls needed to be built on a number of the turns in order to make them insloped (read: bermed) and maintain the flow we planned for. That said, Jim and the crew have done an amazing job over the holiday break, and many of the guys have been putting in several days of trail building in a row. The dedication from a number of the guys has been amazing, with many of them putting their lives on hold to dedicate to the project. Kevin took his holiday vacation time and spent it at the controls of the trail machine and has been plugging along, with his hours matched by Jim. 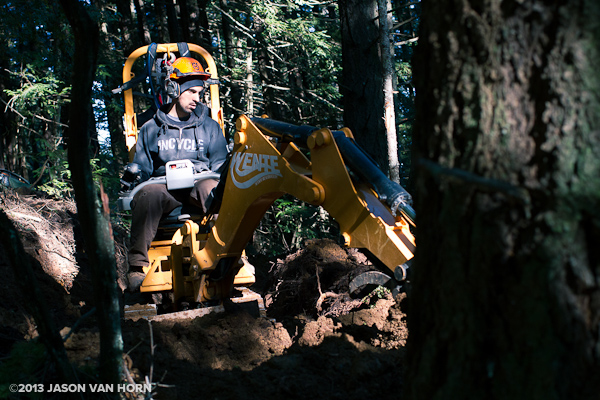 Davey and others have been logging considerable hours as well- many of the guys are coming in during the week now to focus on finish work and have been spending all of their free time working on the trail. Unlike a typical single track trail, constructing a flow trail is much more time consuming. Each feature needs to be shaped and compacted before moving on to the next section of trail. The ST-240 has been invaluable at this point. Hand building and shoveling dirt to fill these walls would take a crew of 8-12 guys a full day just to create one turn. 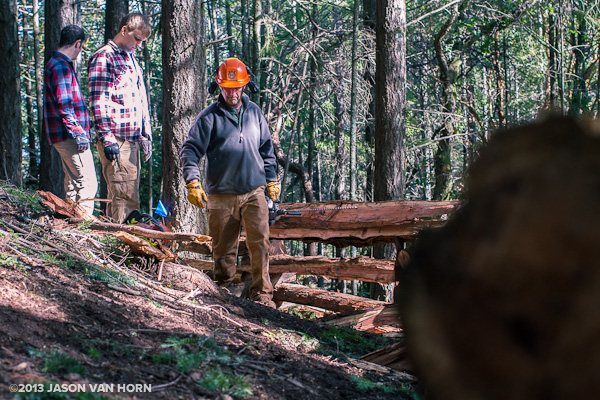 Instead, once the wall is completed, Kevin can just push soil down from above with the machine, effectively creating the platform he’ll be using to continue work down the trail.

A little help from our friends

2013 is shaping up to be an extremely exciting year for bike advocacy, especially for those of us that live for more challenging trails. I’ve been unable to come down the last few scheduled build days due to a commitment with the SF Urban Riders and the McLaren Bike Park Project; we have a huge announcement to make that will be coming soon, but things are steadily moving forward on the awesomeness that will potentially be there in SF. Thankfully I’ve been able to utilize contacts from our stint as trail builders with IMBA, connecting Kevin with Jason Wells at IMBA’s Trail Solutions. Wells is an extremely capable machine operator and has spent the last several years building trails just like this one, and connected with Kevin to impart words of wisdom, operating tips, etc. that have already been implemented into the new trail.

We’ve also had a few days with solid turnout from the riding community. Now that we’ve had a nice dry spell, we’re finally able to do some shaping to the roughed in features Jim created with the Sweco on the top section. 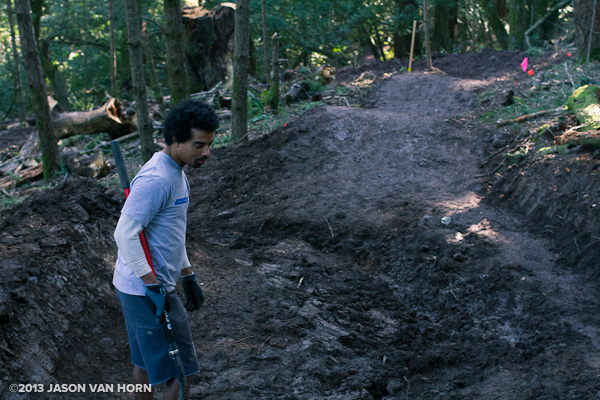 Mastering the S-turn section will reward you the speed you’ll need to gap the rollers that follow.

A number of builders have been coming out and instead of working on their secret spots, have been putting their time in on the project, and adding their experience to the trail. This Sunday had a bit less of us on site in regards to turn out, which limited the amount of progress we were able to make in regards to finishing sections. If you’ve thought about coming out to help, we can use you, whether you have trail building experience or not. We’re almost through the most challenging parts, and the pace will likely pickup soon as Jim will be able to get the Sweco on site to construct the next section. We’re still going to need an army of workers to man shovels in order to get things finished. 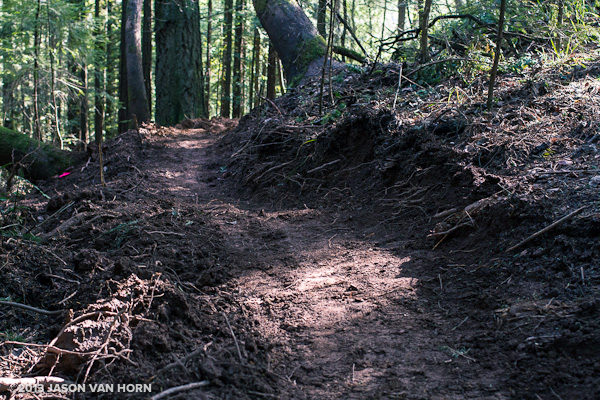 Rough cut trail ready for shaping. Can you envision what this will look like once we’re done? 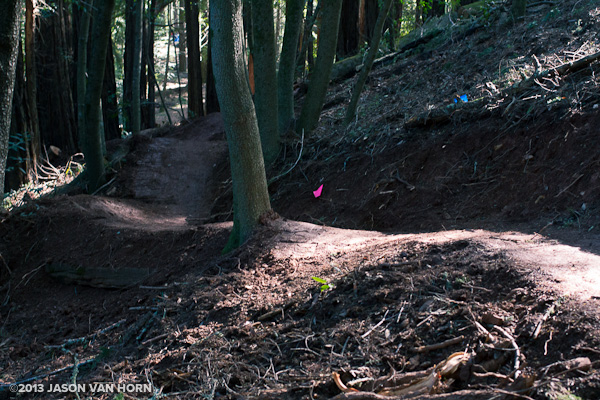 Here’s a hint: something a bit more like this.

Trail building days have been expanded to Saturdays as well as Sundays. We only have the use of the ST-240 until March, so we’re hoping to make as much progress as we can before then. Plus we all want to ride the hell out of this thing! As a bonus for trail builders that come out regularly, you can qualify to earn yourself a free 2013 Tamarancho Pass. (talk to Jim on site for details) 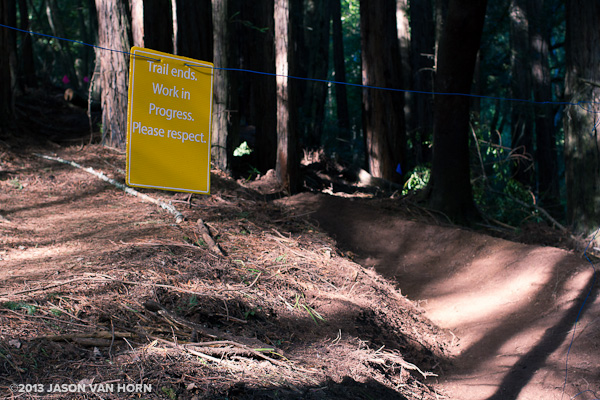 Respect the builders. If you see this sign on a ride and there are dudes building, put down your bike for an hour and ask how you can help. It should go without saying, but the trail isn’t open yet.

To keep folks up to date on trail build days and grow the Flow Trail Build Community, a Facebook page has been created. Check it out to get the scoop on the next build day. Check it out at Facebook/TAMOFLOW. 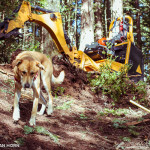 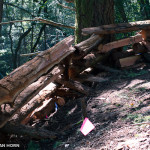 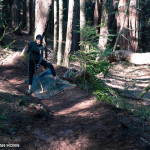 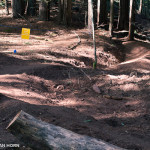 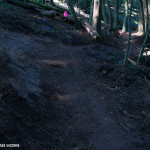 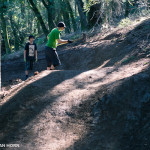 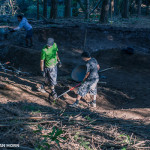