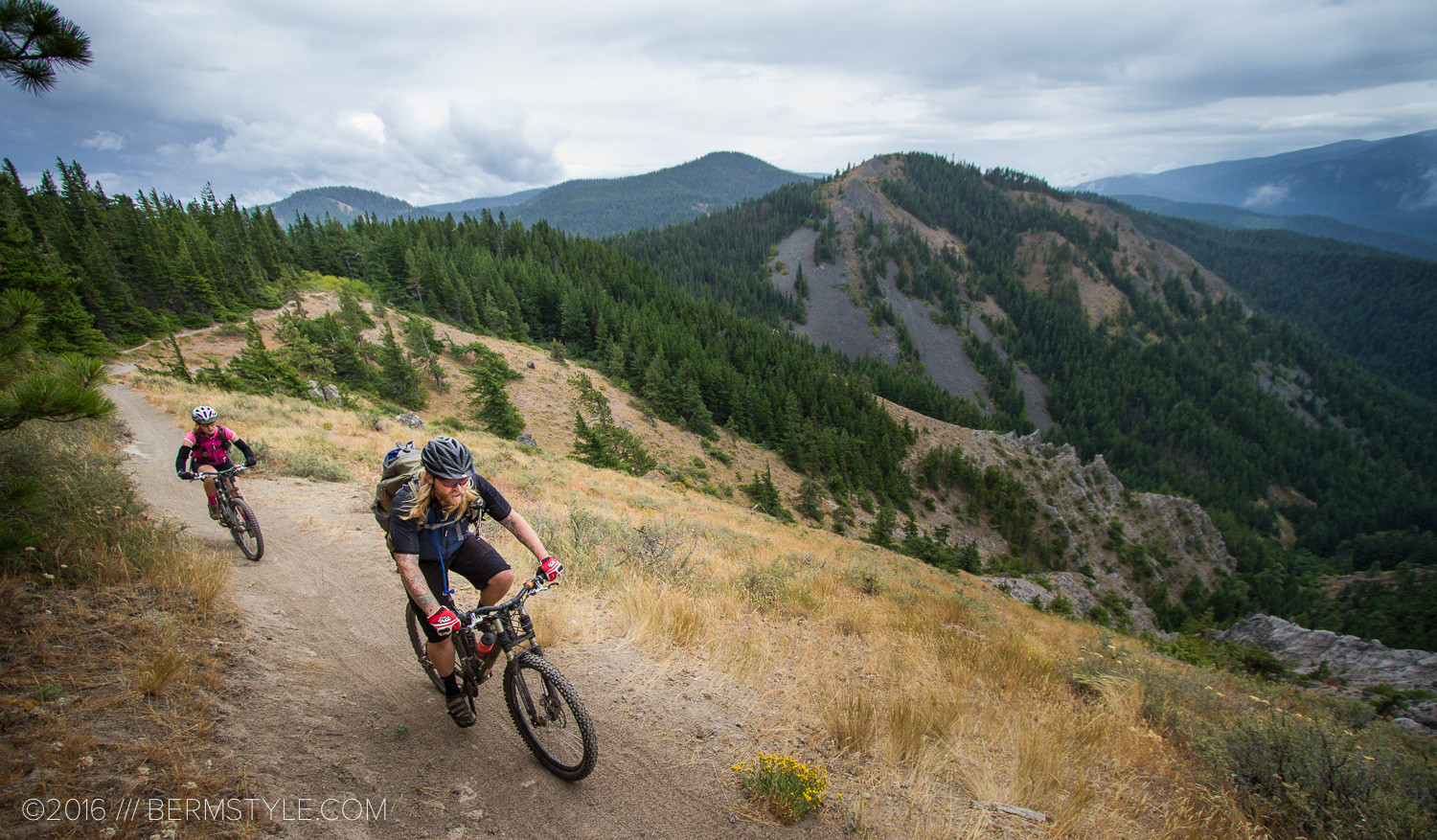 Mount Hood is the location of dozens of classic single track routes and epic rides, as well as being the epicenter for some of the best riding in the northwest. Northeast of the mountain lies the town of Hood River, known for being one of the major recreation destinations, which includes the infamous Post Canyon Trail System. On the west side, the Sandy River Trail system has been receiving all the accolades (deserved) recently for being the best new riding experience around, but for classic Mount Hood Single track, take a look at The Surveyor’s Ridge Trail System. While it lacks the much of the excitement and trail features of the Sandy River Trail, it provides some of the best views on the south side of the Gorge. 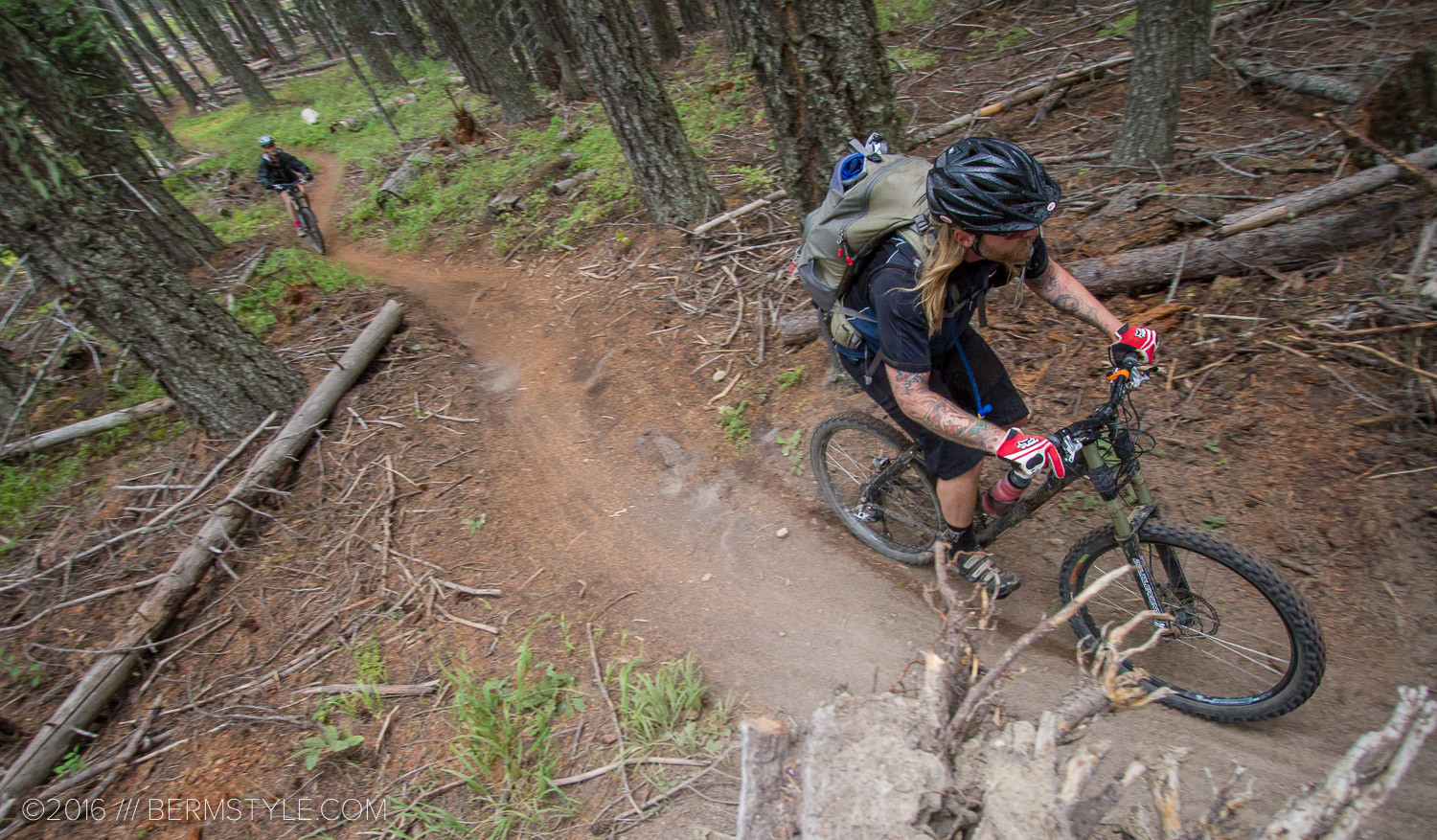 Most easily accessed from Hood River, this classic old school single track trail rolls along the ridge line and offers some of the most spectacular views around. Unfortunately for us, the day we made the trek out, it was mostly cloudy, overcast, and we even received a bit of rain. The rain didn’t hurt the trail experience, enhancing it instead. Unfortunately, the reason we chose this ride was for the views, as the trail tread for the most part is fairly tame. My 6″ travel Trek Remedy all mountain bike is significantly more bike than needed for this ride, especially considering I run a 9-speed drive train with a MRP G2 chain guide up front. The all around active suspension is great in rocky areas, but on the soft, pine covered sections of trail, it felt like work. Fortunately, the grades along the trail are fairly mellow, and I had no issues climbing everything with my gearing. That said, a light weight, shorter travel XC rocket is just the ticket for this cruise. This is the type of trail I expect to see a lot of 29ers on. 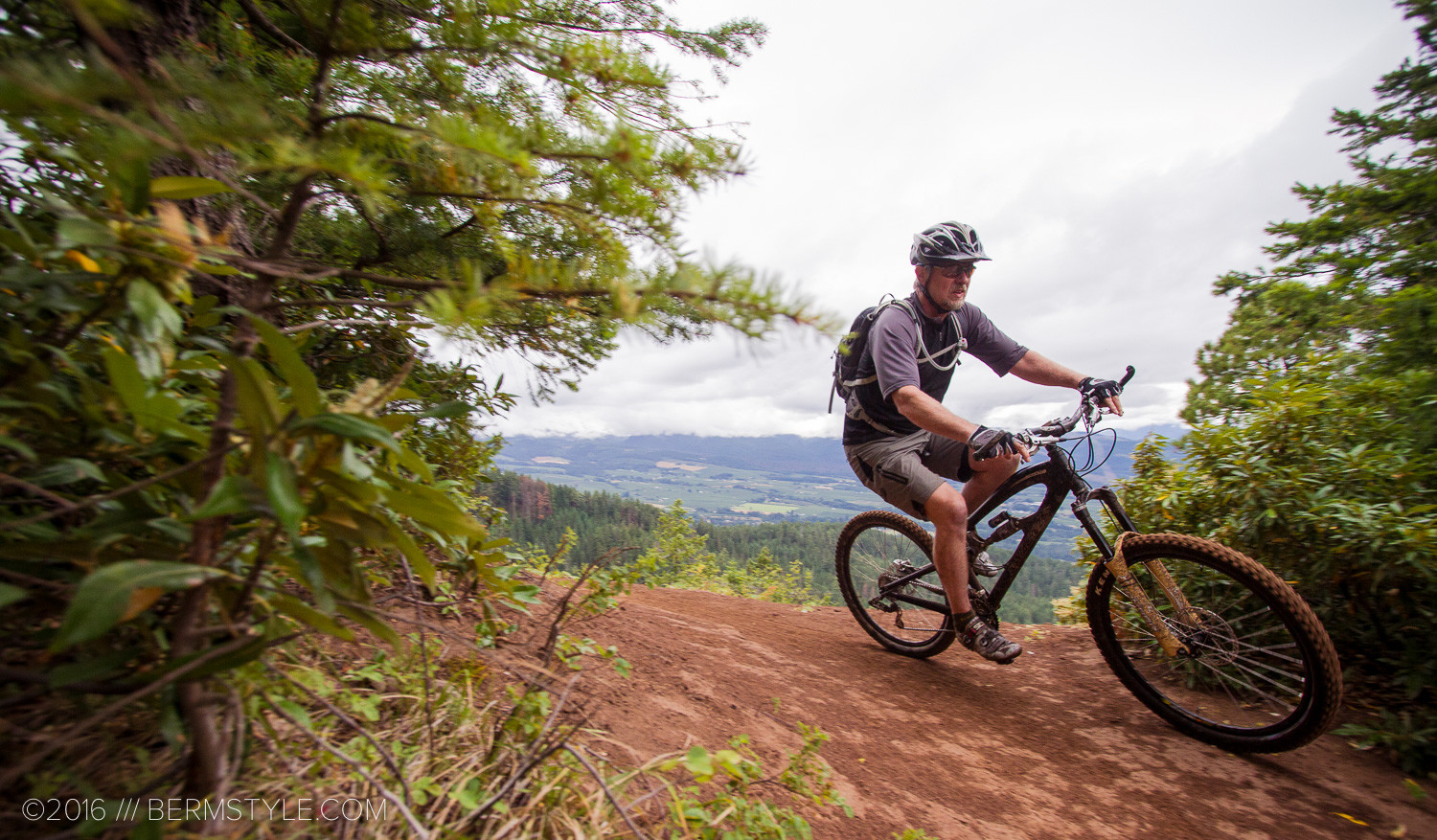 There are plenty of options for setting up a ride here, and people often link up different sections of trail for a longer ride. You also have the option of doing it as a one way all mountain shuttle as we did, linking up to the Dog River Trail, 15 Mile, or various other single tracks that link in. Choosing our route was actually the hardest part of our day. If you’re heading up here for the first time, bring a map, and consult a local for maximum fun factor. If you are looking for a long day of XC pedaling on the trail, this is an excellent choice for a destination, and the extra options will add to it. Although we didn’t ride it this day, my favorite section of trail up here is Dog River. (see related post) Riders with heavy all mountain builds would be better served checking out that section, or riding in Post Canyon. 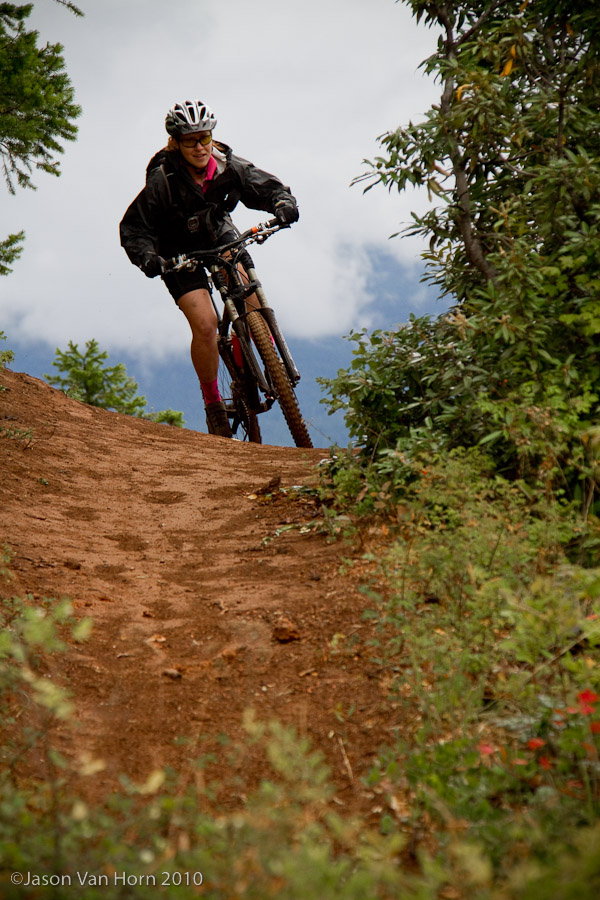 While the weather was a bit disappointing, it was a good excuse to get out on the trail with Photo-John of ConsumerReview.com. We always see each other at events, chat on online frequently, and have a ton of mutual friends, but haven’t never actually hit the trail together. When I caught wind of their ride plans on Twitter, I decided to head out and tag along. John is a huge camera geek (as am I) and is known for toting a sizable camera bag on his trail rides. I’m always interested in what other photographers carry on the trail, and John definitely didn’t disappoint. 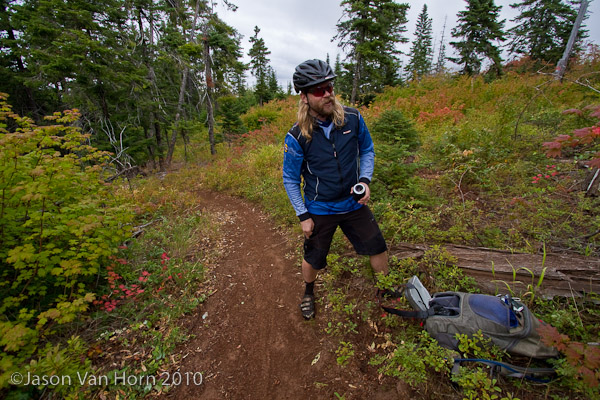 Photo John and his huge (relatively) pack of gear.

Since he’s the site manager for a photography site, he usually is toting the latest and greatest stuff, like his Clik Elite camera pack. Considering he had a Canon 7D SLR body, two or three lenses, a speedlite, walkie-talkies, in addition to the gear you would take on a backcountry trail ride, he was cruising along pretty good. Knowing I was riding with him, I ended up bringing my 7d as well, but with only one lens, because I’m lazy and hate carrying a lot of gear. It can be a bit sketchy pinning it with a lot of weight on one’s back, I’m not sure how he does it. Choosing what camera gear to take on a ride is always one of my toughest decisions to make, although these days it tends to depend on my riding partners, the ride, and time of day we’ll be out there. (my default is my Canon G10 and a GoPro HD)

Some of the best resources for the Hood River area come from the Columbia Area Mountain Bike Advocates, AKA CAMBA.