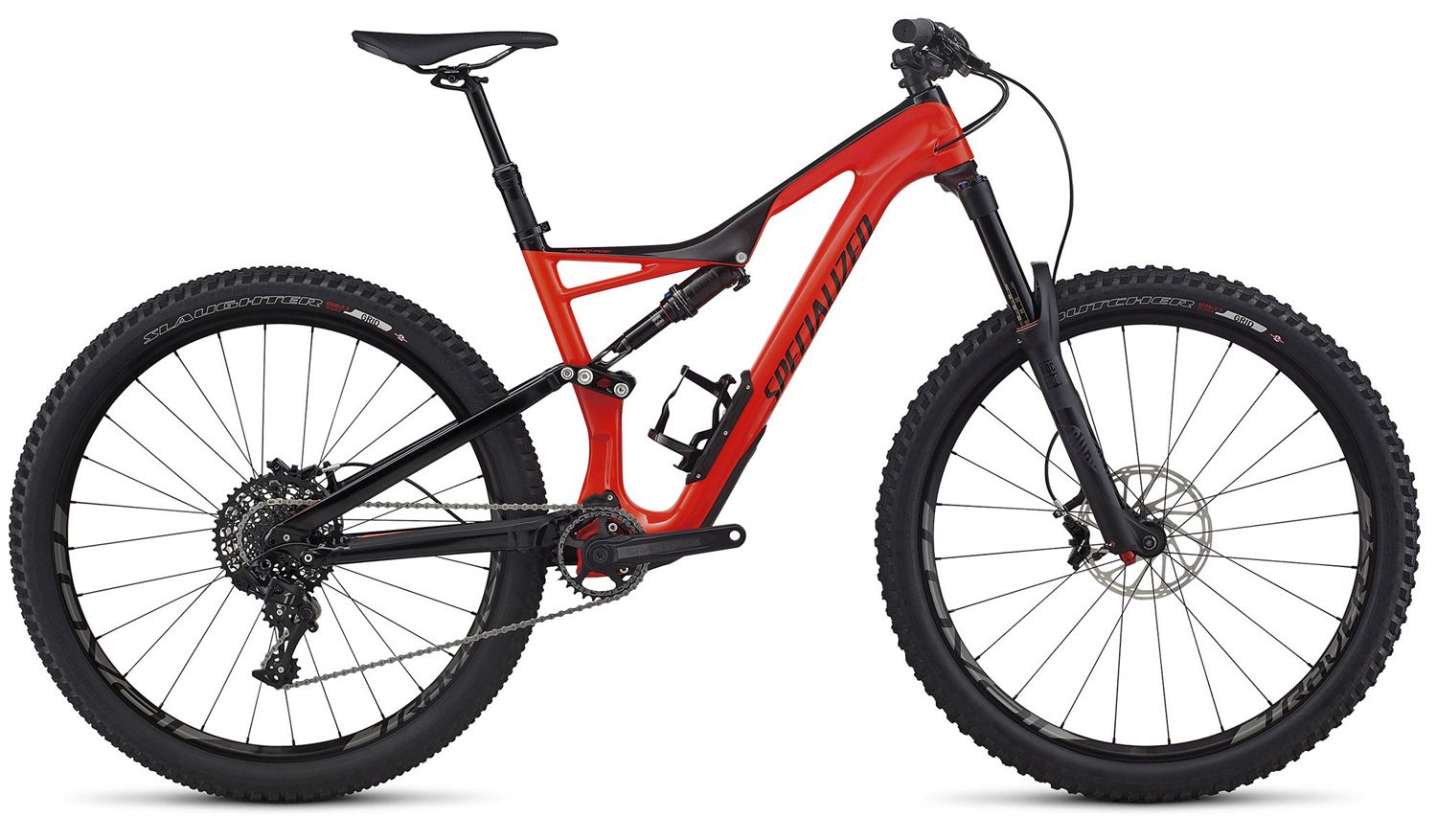 It’s been a few years since I threw a leg over a Stumpjumper FSR from Specialized. You used to have to select the EVO model in order to get the model with the sweet geo, but in recent years the more progressive geometry has been folded into the line and established as the norm. Today’s Stumpy features 150mm of front and rear travel putting it at just under 6″ of squish.

Earlier this week I had the opportunity to spend several hours riding the Stumperjumper FSR Expert Carbon on what was essentially a mix of a pump track and flow trail as a stunt double for an HBO production that was filmed locally. The FSR Expert features a carbon front triangle that includes the SWAT door which is paired with an alloy rear end and the combination of the Rockshox Monarch RT3 rear shock and the Pike RC was ideal for play on rollers and berms. (though the Pike could have used at least two volume spacers as I was bottoming it out on the smallest of hucks to flat)

The Roval wheels are solid and the 29mm inner width with the Butcher/ Slaughter tire combination provided oodles of traction – I was able to keep the tires planted and could hold a line where other setups had me hunting for traction. In comparison, the set of carbon loaner wheels I’ve been running (with an inner width of 25 and more aggressive tires) leave me sliding all over. Being able to carry speed through the loose turns meant plenty of speed for gapping doubles I’ve never even tried before. Although it’s been a few years, these bikes simply handle great.

SRAM Guide brakes. I don’t get why these are so popular; I’d much rather run Shimano SLX. I can’t complain about the GX drivetrain though. Although I prefer  Shimano, GX shifters are crisp and reliable. The adjustable height Command Post worked well, but 125mm of travel is dated and if I was in the market could be a potential deal breaker. I can’t see why anyone would ever choose to run a post with less than a 150mm of drop.

Specialized has been arguing for press-fit bottom brackets but the reality is that most of us don’t want them. Years later, they’ve finally gotten the hint, and the newest models are changing back over to threaded, and I’d expect this model to follow suit. If I was hot on a Stumpy, I’d wait until the 2017s (18s?) are dropped which are more likely to have the updated BB, or get one of these at a discounted price. It’s a killer bike – once you swap out the dropper post.