Flow motion is one of my favorite trails to ride in the Sandy Ridge Trail System. Although it falls under the flow trail category, it’s not completely buffed out like many of the high speed highway style flow trails that are becoming so prevalent. There are plenty of roots and random dips, peppered with the occasional rocks that make hauling the mail on the trail an effort.

Since moving back to Portland, we haven’t done much in the way of sessioning trails. Instead, we’ve just been riding. For me, part of it has been to keep them fresh. Learning the ins and outs of a trail means it isn’t new anymore, and deep down I have been trying to make that last as long as I can. I’m past that point now though, and trying to get dialed in on my Santa Cruz 5010 trail bike. After a wet, rainy winter though, I feel the need to dial myself in as well, especially after filming my riding on the trail. 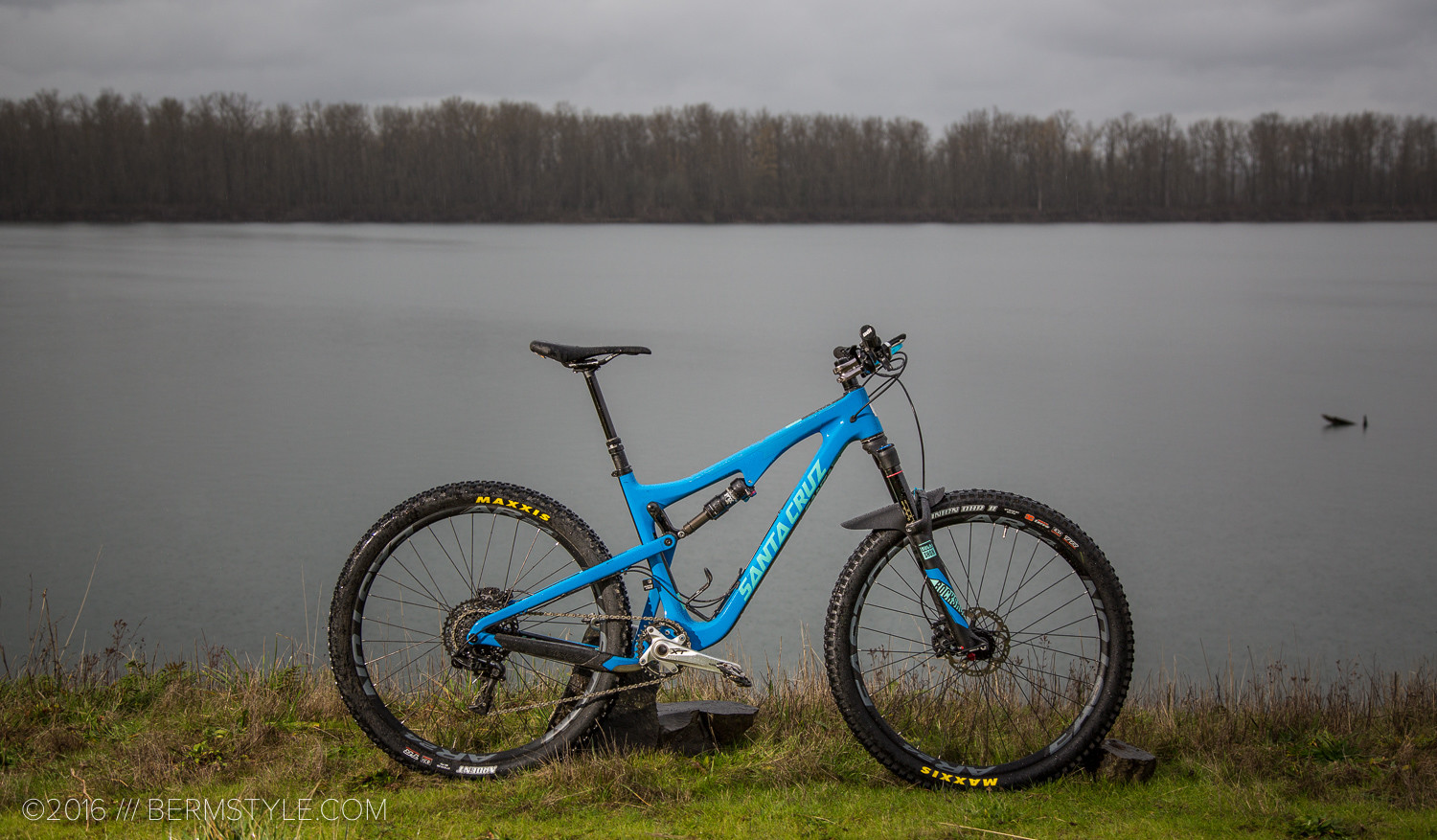 My favorite bike for flow trail riding is my Santa Cruz 5010. 5″ of travel leaves you feeling some of the bumps but is much more responsive in the turns.

Watching yourself ride is always a good wake up call. All takes in this clip were the first one, with no re-dos. I set the camera up, made sure it was pointed in the right direction, and hit the record button. Then I ran like crazy up to my bike, jumped on it and blazed down through the frame as quickly as I could. Nothing has been sped up, and although for the most part I think I was riding smoothly, I see a lot of room for improvement.

Filming yourself riding is probably one of the best tools you have to progress, and with POV cameras like the GoPro so inexpensive, there’s no better time than now to pick one up.

You don’t have to haul a lot of gear to film yourself. I used a Gopro mounted on a Joby GorillaPod with the ball head attachment, setting it on the ground, stumps or wrapping it around a tree branch. As my setup is actually quite compact, it all fit into a Camelbak Palos 4 LR waist pack. 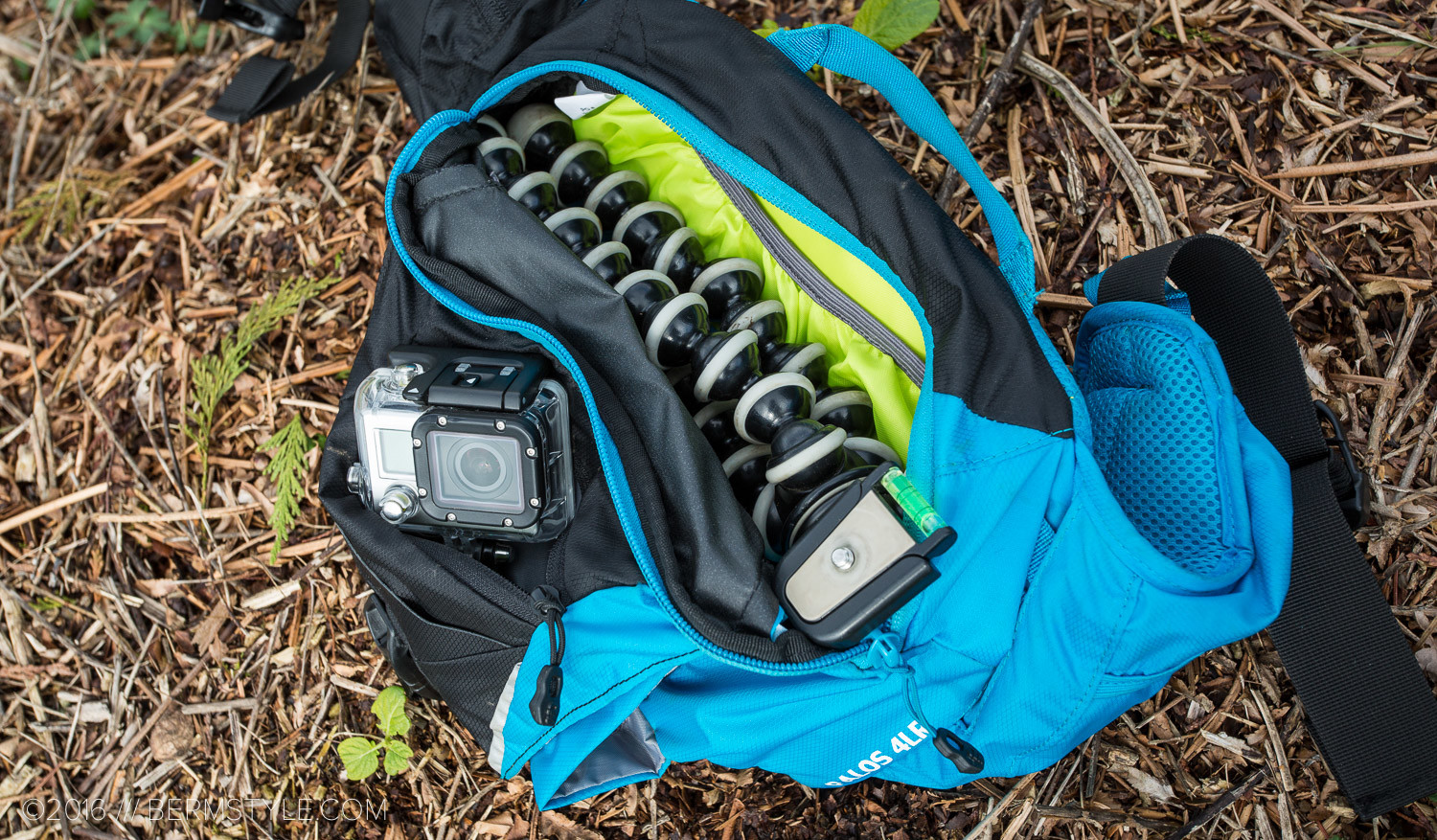 This edit was filmed on a GoPro Hero 3+ and edited using Adobe Premiere. You don’t need top level editing software though, iMovie and other free editors work great. Premiere is the standard, and we have a number of video projects coming up, so today I buckled down and drank a ton of coffee and learned my way around the dashboard. I still have a long ways to go and I’m hacking my way through aspect ratios but I’m finally moving beyond iMovie, and the next one will a lot better. I’ve focused on still photography for the last few years and while I’ve done some filming, I always pass the footage off to an editor. I’ve been wanting to add a video component to Bermstyle and expand my skillset to motion. It’s definitely time consuming, but when you enjoy something, seeing a finished project is totally worth it!