The first of six meetings to discuss revisions of the Master Plan that directly affects mountain biking access to single track in East Bay Region Parks was held this week. I (and others) left the meeting last night with a feeling of optimism concerning the future of mountain biking in the East Bay area.

Single track trail access for mountain bikes was a major topic, as was the subject of OHV access in the master plan. Some were against OHV, many were for, declaring trails for all should mean trails for all recreational use. Dogs yet another issue. Some felt they should be on leash, some wanted areas where they could have dogs off. Some wanted to be able to ride currently forbidden single track trails with dogs. Me— I just want to ride my bike on some sweet trails.

For those new to the conversation, apparently the reason bike access to hundreds of miles of single track trail in the East Bay has been restricted  was because it never was written into the Master Plan that governs such use. And although mountain bikers have been lobbying for revisions in the document that would change the way the space has been managed for over 10 years now, it hasn’t been until recently that view points have changed.

It helps that Mountain Biking has grown enough to be included in the Olympics in recent years, and the inclusion of the mountain bike racing league into our public schools is a major plus. They obviously need safe places to ride, and it’s a safety issue that can’t be ignored any longer. Dozens of supporters for mountain biking made an appearance, (including infamous blogger Stevil of AllHailtheBlackMarket)  anxious to be heard, and the line to get into the room went out the door and onto the street. 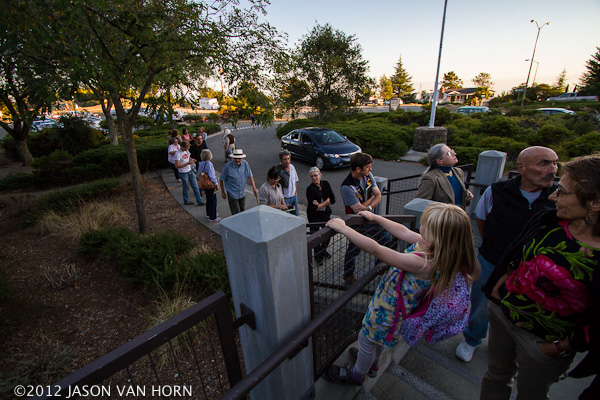 The line to get into the Master Plan Meeting for EBRPD

A few positive notes: no one was rude, and the crowd fairly congenial. No one in attendance appeared to be openly against bikes access. (or vocalized it publicly) The general vibe was that the tide was finally changing, and we were possibly witnessing the beginning of a new era in how the East Bay Parks and bike access would be managed.

Among some of the more notable requests regarding the including of mountain biking into the master plan were: 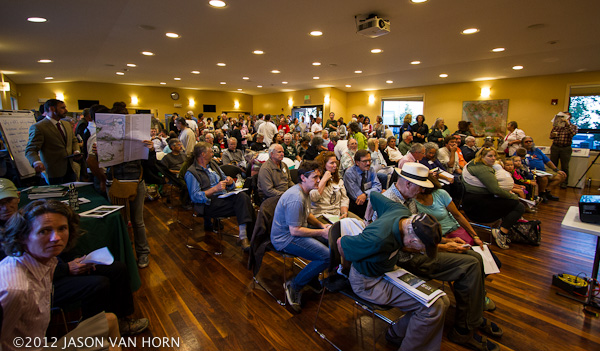 The packed room at the Master Plan Review Meeting

I had a nice discussion off record with a Parks employee that frankly discussed the challenges we face with East Bay Regional Parks; namely who the decision makers are. Although there is a lot of pro-bike staff, they have to answer to the directives that come from those on the board. And they have traditionally been unfriendly to mountain biking. Once again though, the topic comes up; the mountain biking community is just waiting for those people to die. (that’s kind of f-d up) Instead of this, how about we nominate some pro-MTB individuals to the board? (please discuss in the comments below)

The next meeting takes place Wednesday the 19th in Concord. If you can attend please do, and if you can’t, make sure to email in your comments to the board of directors (these are the people that directly make policy that dictates whether we get to ride trail or not) voicing your support of the proposed changes. You can find their information on the previous post on the topic here.

The EBRPD has started working on an Land Use Plan for Oyster Point in San Leandro. The place is a former dump located between the Marina and the Oakland Airport, and is primarily used as a dog park.

Those interested can contact the planner at ejames@ebparks.org. Since the place is pretty much undeveloped and not environmentally sensitive, (IE, undesirable for other user groups) it may be worth asking whether a small bike park could be built in the park. While its not a convenient location for us as an afterwork destination, we’ve recently come to the conclusion that every opportunity to get a riding spot built should be followed up on and pursued.