Last September we attended a local Meeting for the EBRPD in order to contribute our input (along with fellow mountain bikers and the public) during the public comment period for updates to the Master Plan. On April 15th, the updated District Master Plan was published and is now viewable on the site here. (Michael Mejia of the BTCEB notified us of the update yesterday via email.)

While the master plan is in short, “just a policy document,” the updated language in this document has significant ramifications on how we’ll be treated in years to come as mountain bikers and trail users in the East Bay Area. Trail use is one of the primary activities listed for park users, and these potential changes in wording of this document effects us directly by resulting in not only the types of trail we will have access to, but also effect how we’re eventually treated by others as park users. In the past mountain bikers have been restricted to wide natural surface roads. Ironically our use of these roads often results in angry hikers and negative energy. I’m at a loss here, since it is normal to ride there at speeds we typically ride roads at: 10-18miles an hour. Turns out hikers don’t like it when a rider comes by and interrupts their use of the entire 15 foot wide span of dirt. Why would we ride slower? 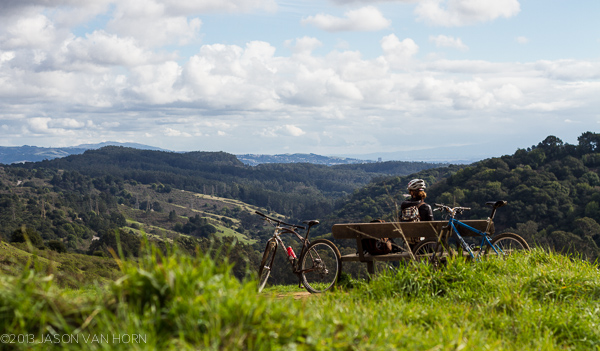 Lake Chabot: beautiful views, and miles and miles of dirt roads (and illegal trails if you’re riding a bike on them).

Never mind the fact that the majority of the single track trails are essentially deserted and they could easily avoid sharing space with cyclists by going where bikes are prohibited. (oh, the irony!) These days we tend to avoid riding these roads for two reasons: one, they’re boring as f*ck. And two, riding them always results in user conflict, negative vibes and the urge to smack someone in the face. (ok, a slight exaggeration, but we possess a lot of residual negativity based on EVERY experience we’ve had riding out there, legal trails or not) And we’re the ones trying to be civil and friendly.

That doesn’t mean mountain bikers don’t use those trails of course. The restriction of use has resulted in a culture of mountain biking that takes place primarily at night with the use of lights. After work we want to be able to exercise and express ourselves by enjoying our favorite activity, and there is only so far one can travel without the use of their car. (we try to limit driving to trails on the weekend and prefer to minimize car time as a matter of principle) So we ride the hills in our backyard illegally. It is what it is.

Like many others, we find it hard to even discuss our restricted trail use without becoming resentful of how mountain biking has been treated for the last decade. Making matters even more difficult is the fact that besides being traditional trail riding mountain bikers, we also enjoy what many see as “extreme” mountain biking. We prefer to ride challenging and technical terrain on long travel bikes, whether they’re designated “all mountain” or “DH”. Because downhill bikes are generally poor at going back up hills, using vehicles to shuttle to the top of trails is preferred. At the moment there are maybe three trails in the East Bay you can possibly shuttle. Two of them are technically illegal to ride, with one of them currently being scrutinized by the city with actions recently taken to decommission its use. It straight up sucks. 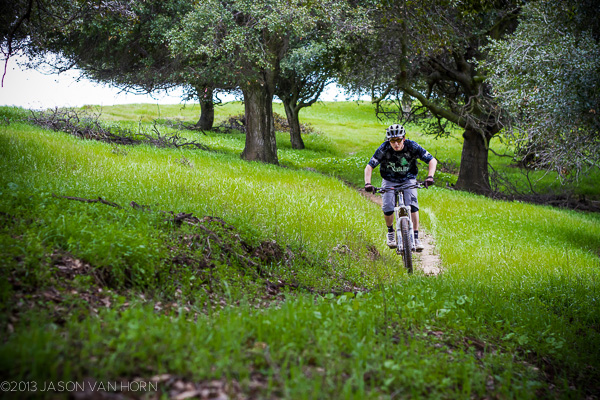 An actual piece of single track on EBRPD land at the Crocket Hills Park.

We need a place to ride.

As a user group our needs are not addressed, and there is a sore need for places to ride locally. (other than driving 4 hours east to the closest lift accessible trails at the Northstar Bike Park)

Will these updates have any immediate ramifications on what we can ride? That is a hard one to say. On the upside, there are specific revisions to the Master Plan that will directly influence our future recreational opportunities in our backyards. Take changes 17, 18, and 19 of the response document:

Change 19: Under Trails in the “Dedicated and Shared Use Narrow Trails” section, add the following language:

The reality is that although there are some small changes slowly being implemented, (see the addition of the well laid out, but poorly executed multi-use single track at the Crocket Hills Park or the new trail additions at Pleasanton Ridge) it could be years before we see any real changes in access to existing trails. We’re likely to see a bike park before we see a legitimate stacked loop trail system, or shuttle friendly one way trails.

This subject, always a sore one spoken about in frustration and stacked with accumulated bitterness is finally taking a turn. After all this time the tide could finally be changing, and mountain biking is actually now recognized as a legitimate recreational activity for our youth (of all ages). YES.

The influence of the new flow trail could be significant

If you’ve been following the site, you’re aware of the work happening in Marin at Tamarancho on the newly christened flow trail, Endor. Although we’ve been involved in the new trail since its inception, our limited volunteer time has been pulled back in recent months. There are plenty (ok, too many, with conflicting ideas) of cooks in the design kitchen that want to shape the trail experience there, so we’ve refocused our energy to doing what we can to help make the San Francisco Bike Park a reality. (construction could begin as early as this fall- hallelujah!) The trail is now finished, and although there aren’t any real jumps there (bummer- we were hoping for an experience a bit more inline with other flow trails we’re traveled to ride like Half/Full Nelson in Squamish, or Two Turn Tables at Sandy Ridge, but 1. It’s only dirt, and can and WILL continue to get better over time. And 2. We always said that even if it sucked, it would totally rule— And it doesn’t suck.) it is an amazing experience to ride a one mile long downhill pump track with dozens of bike park quality turns.

Riders are coming out from all over the Bay Area and beyond to ride it, and local flow trail builder and volunteer coordinator Davey Simon has commented on seeing hundreds of riders coming down the trail in a day already. It’s already heralded as a major accomplishment in bringing the level of legal riding opportunities in the Bay Area up to speed with the rest of the Northwest. It’s also an amazing example of what the riding community in the Bay Area is capable of when like minds come together. There are plenty of folks at the East Bay Parks that are watching with close eyes.

But where do we ride, and what do we do until change comes?