Fortunately no one relies on this site for timely news, because when it comes to deadlines, I’m the worst wanna-be journalist ever. Although I have pages of notes typed up, it’s a week later and there’s still tons of cool stuff we saw in the pits that haven’t been posted up. If you haven’t already seen this stuff twice over on other cycling blogs and sites, here are a few of the things that caught our attention. 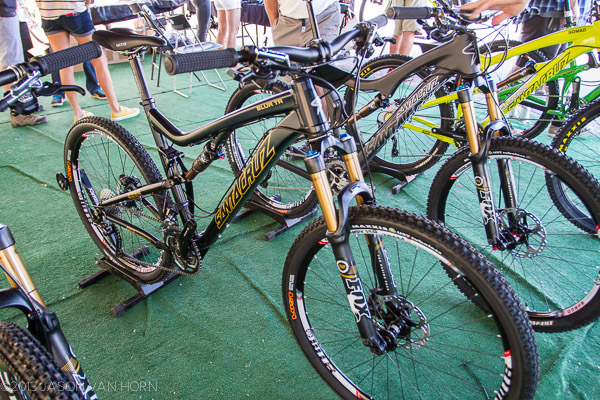 The buzz of the dirt world at Sea Otter was focused on new introductions of tweener wheel size bikes in 650b, and all eyes were on Santa Cruz’s latest, the Bronson. Ok, the bike looks awesome, but 1. We’re already Santa Cruz fanboys (and girl) and 2. Unless you had yours on order months ago, you’ll be waiting until the end of summer to get your dirty, grubby hands on one. Not to mention for most of the trail riding in my neck of the woods, it’s on the heavy side and a bit more bike than I actually need for trails riding. For the time being I’m sticking to my Blur TRc as my number one, and keeping the new bike fever on the back burner for the time being. I just wish the graphics looked as sweet as the heavier (and less expensive) alloy version, the TR. 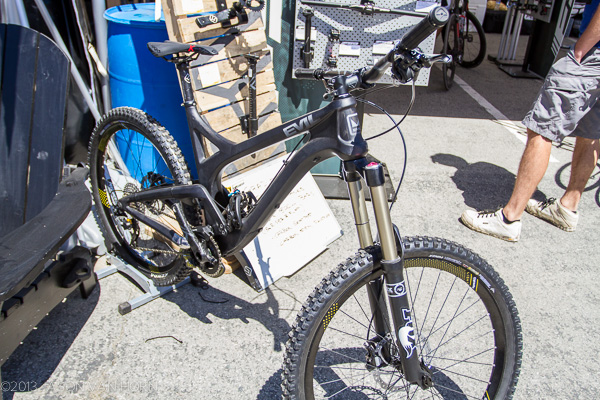 A few years ago I was all about wanting to get my hands on an Evil. But then they never actually made the bike. And then Banshee made a bike along the same lines called the Spitfire, before Santa Cruz released the TRc which for most trails ended up being THE bike.

Apparently the Evil trail bike isn’t completely dead, and Evil Bikes had a few of their long overdue all mountain machines out and about. When Evil’s first trail bike was announced a few years back, the angles and geo were ground breaking. It still looks to be a sweet ride, but is featuring the wrong size wheels to make this year’s headlines. It still looks pretty money though, with dialed numbers for straight up trail shredding. The rest of the stuff we expect like ISCG tabs, tapered headset and 142×12 are all there as well.

Numbers via BikeRumor and the Evil Bikes FB Page 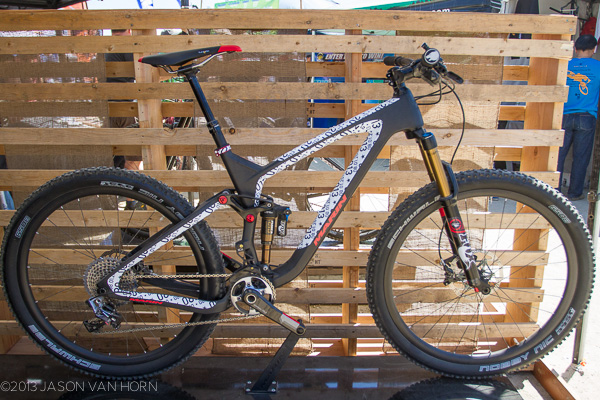 Speaking of 650b, Marin Bikes is going big this year. Apparently they recently received an influx of cash via new owners or investors, and had a new prototype trail bike and all mountain machine on display. (they even had a 650b carbon hardtail) Full carbon and 650b with all the boxes checked in a contemporary trail machine, makes the new offerings from Marin Bikes a contender for hard earned cash. 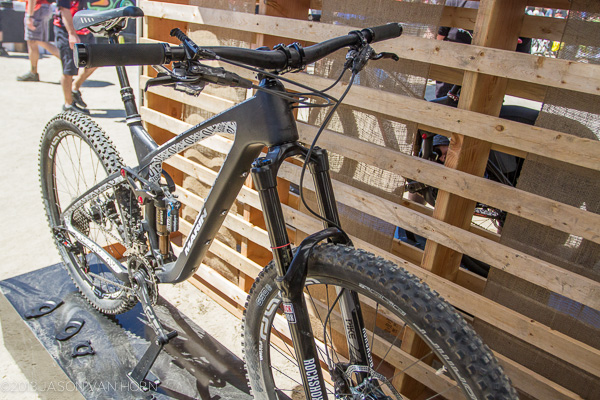 You’ve no doubt seen recent edits online of tots flying down the jump trails of Whistler and boosting jumps bigger than the typical Joe on the trail. Most of those kids are astride Lil’ Shredder bikes. 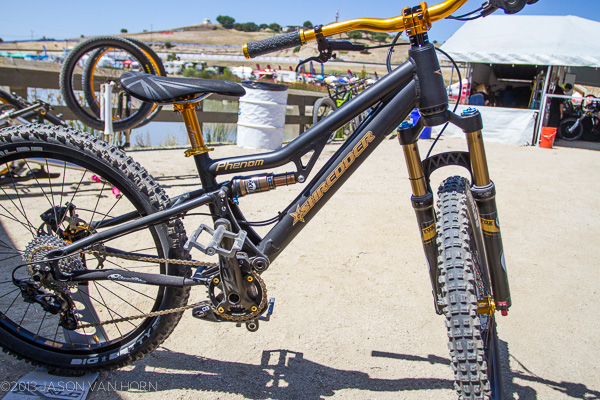 The builds they had on site were better than the average bike you typically see on the trail with frames that allow 16″ and 20″ wheels with just a change of the drop out. They also have a dual suspension frame for 24″ wheels. These frames are the real deal and pricing is comparable to a full size adult frame.

Personally my tike would start on a BMX bike to rip the tracks and pump tracks with me, since I’m a fan of starting them out on BMX before graduating to gears and disc brakes, but for the parent that doesn’t want to hold back, you can now be a contender for the baddest dad.

Check it out: Lil’ Shredder Bikes 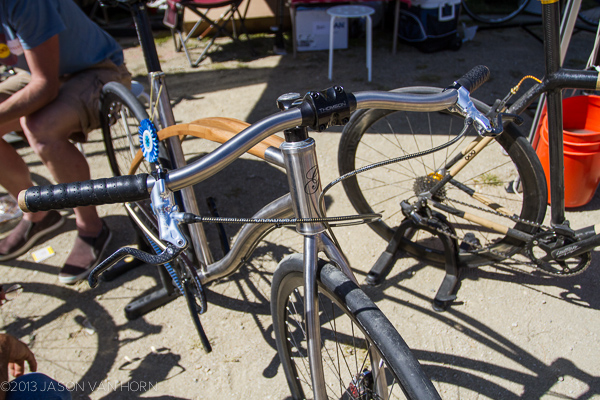 I’ve always been a fan of handbuilt bikes, and these hybrid rigs constructed of ti/ wood/ bamboo are hard to walk by without taking a closer look. 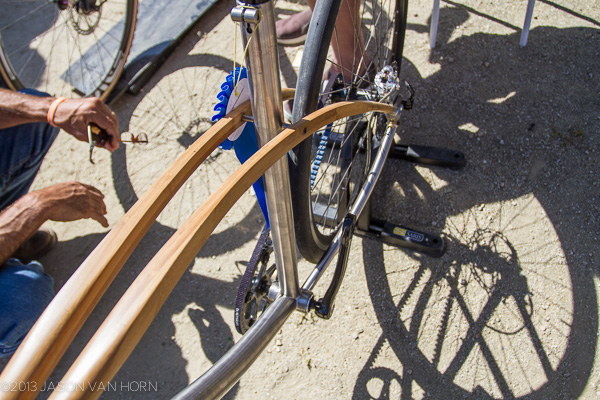 This belt driven commuter is a gorgeous bike you wouldn’t dare of locking up at the local train station.

Boo Bicycles is also working on a production line of aluminum/ bamboo hybrid bikes they’re calling Aluboo. Completes are priced in the ball park of many handbuilt frames. Check it out: Boo Bicycles 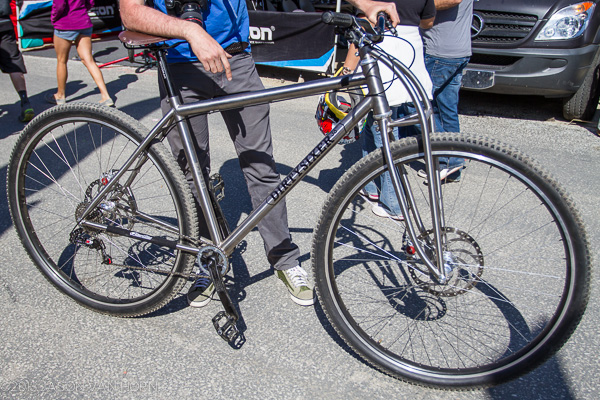 David Folch was out and about showing off his Dirty Sixer bike with ginormous 36″ wheels, complete with 10″ rotors, because 6″, 7″, and 8″ just weren’t big (looking?) enough. The perfect bike for the giant in your family, you need a 36″ inseam just to throw a leg over it and test it out. 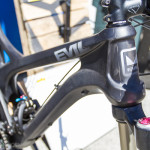 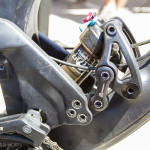 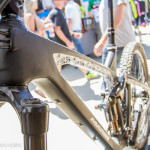 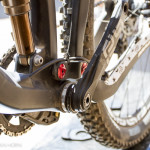 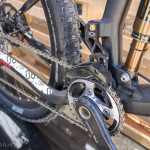 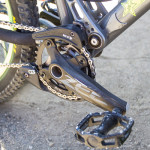 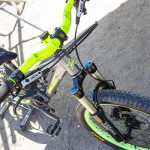 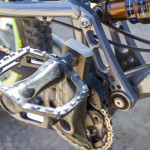 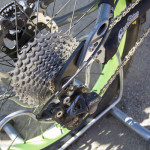 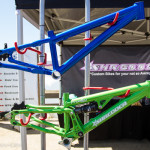 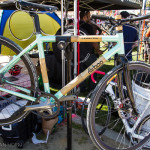 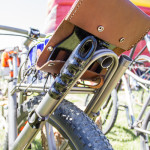 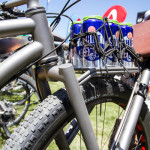 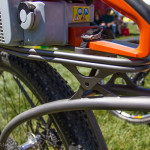 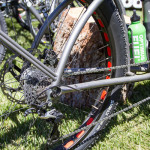 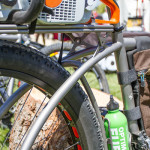 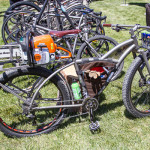