The Cinderella Trail is our favorite descent in Oakland’s Joaquin Miller Park, if not the entire east bay. Featuring high speed turns, the best flow in the park as well as a rock garden section, it is one of the few multi-use trails that offer the experience advanced technical trail riders seek out. Unfortunately, the very features that form the experience also make it a point of contention with park managers, and it’s been a constant battle to keep the trail open.

Recently the exit of the trail was rerouted in order to make the trail more sustainable and reduce user conflict. The funds for the design of the new trail alignment were paid for by the Bicycle Trails Council of the East Bay, with the bulk of the construction performed by volunteer group V-O-Cal. (see initial post here) VOCAL is renown for bringing out large numbers of enthusiastic volunteers; however, their crew leaders are often made up of enthusiasts that don’t have advanced trail building knowledge. During the two day work weekend, the BTCEB had volunteers in place, lending their trail building expertise, but inexperienced trail crews left the rerouted trail in a state that was rideable, but unfinished.

Long sections of trail didn’t see any back slope cut, forcing riders to the outside of the tread, damaging it further. Hoping for rain, the BTCEB returned to the site this Saturday to address the issues VOCAL left behind. 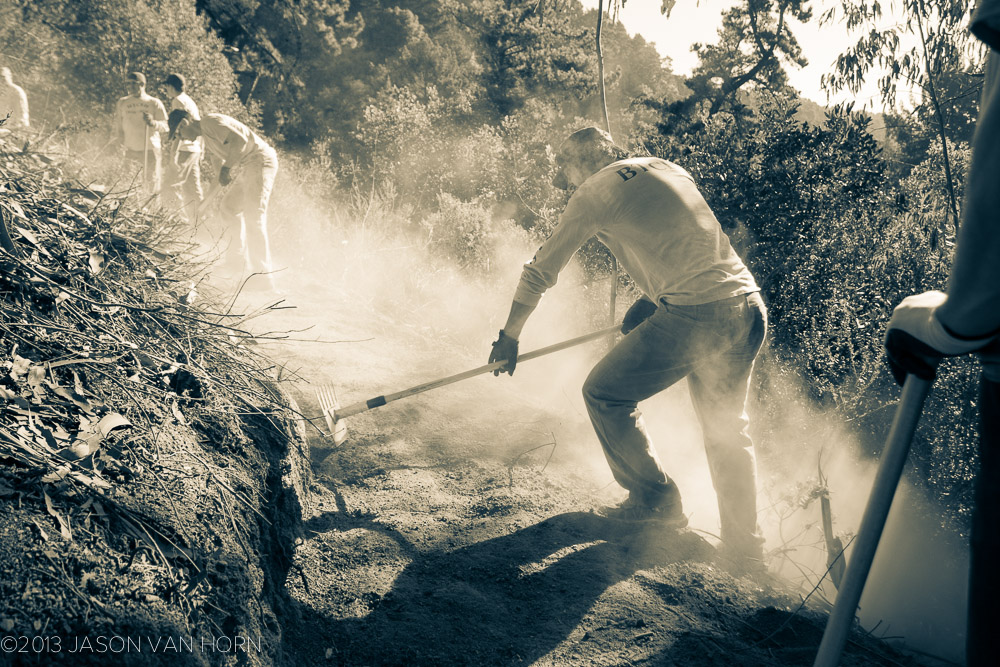 Cutting back slope on the Cinderella Trail.

About 20 volunteers came out to swing tools and move a large amount of soil— a surprisingly small number considering the popularity of the trail. Due to the lack of precipitation, minimal tread work was done, other than restoring the tread. In five hours we left the trail greatly improved, and post trail work flow check runs confirmed it.

A number of follow up trail build days are planned to complete the work. 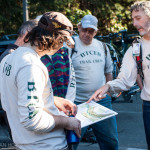 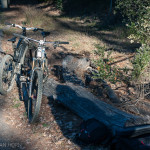 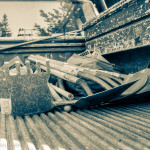 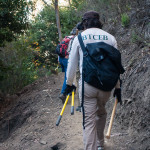 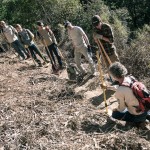 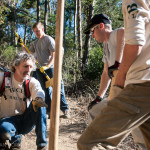 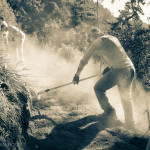 Cutting back slope on the Cinderella Trail. 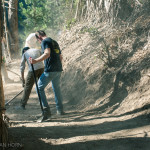 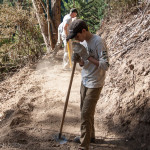 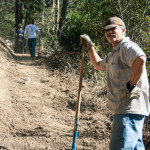 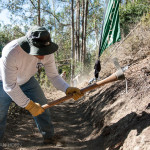 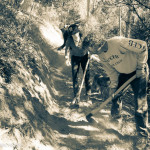 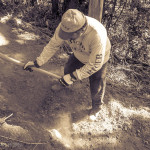 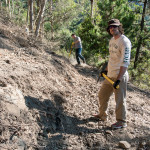 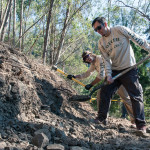 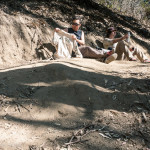 Interested in learning more about how the trail reroute came about? This thread on MTBR has a lot of info straight from the source.