Cyclocross is a big deal here in Portland. And though it’s never been our jam, we’ve been known to dabble into self inflicted pain by bike, especially when it’s for work. This weekend we jumped head first into racing cross at the Cross-word CX Challenge in Canby.

The one day event was hosted and put on by Western Bikeworks in conjunction with OBRA; and since Inga spends her days spreading the Western love, we spent the day racing bikes and handing out cowbells, cold beers and koozies. 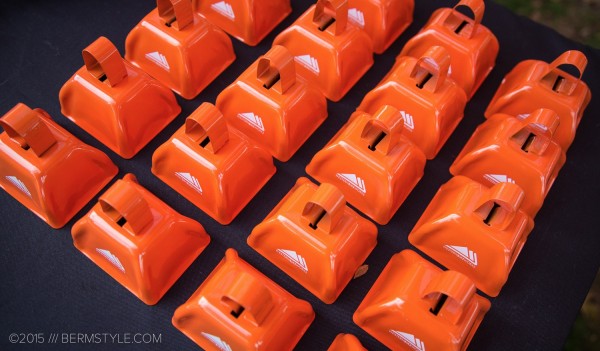 For a cyclocross course, it was pretty sweet. As opposed to pedaling in loops through grass fields and running up stairs, the bulk of the Canby course had some diverse natural terrain, changing up between dirt, grass, a section on a motorcross track and a sand bar crossing. Plus a few barriers, since it is cross. 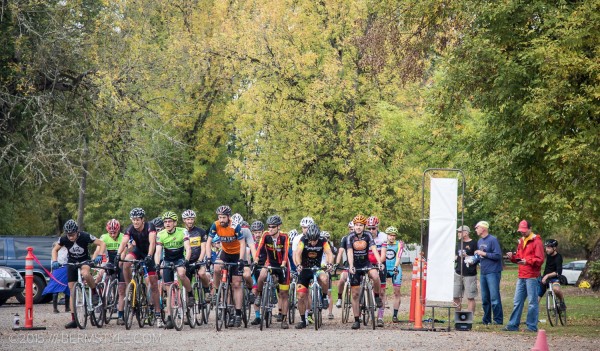 From the starting line, racers battled for position on a short gravel road section before dismounting and leaping across two logs spaced less than a bike apart. 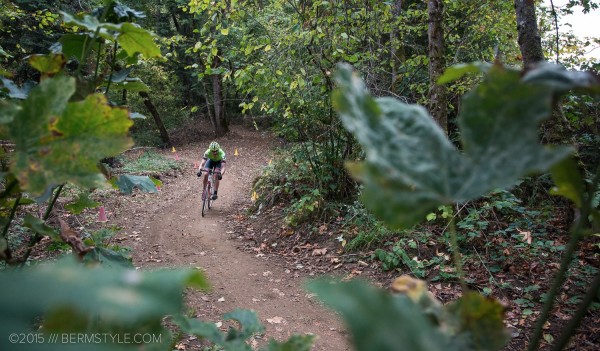 Then it was on to the forest section on double track that wound through a wooded area for a bit. Though it was a wider “trail”, a line packed in that make it interesting. After some twists and turns through the trees, it opened up to a brief descent into the energy sucking sand bar. 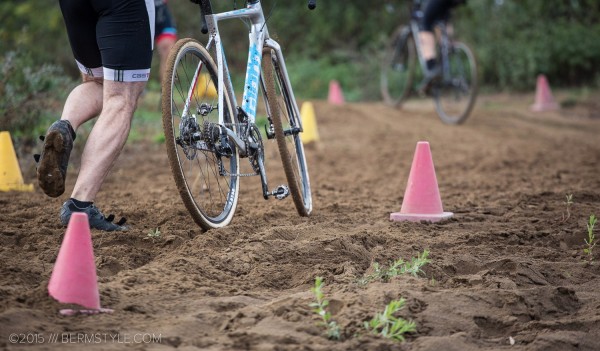 After fighting through the sand, the route traversed along the edge of a grassy field before dropping into the motorcycle course segment. 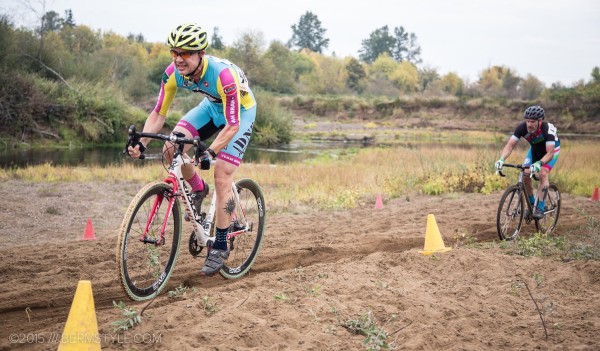 A lined packed into the sand by the afternoon.

A throttle here would have been nice, as every jump was an uphill push. 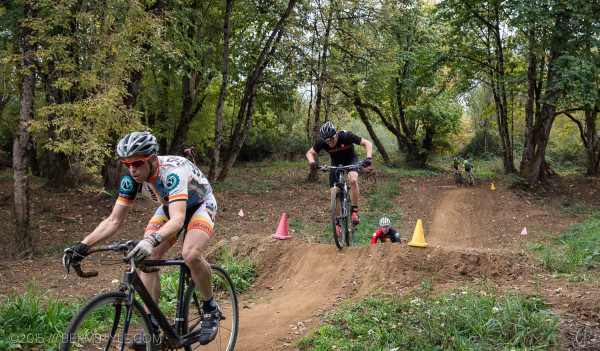 There was a hard packed line just over two feet wide, making it difficult to pass on this section. Straying off the hard pack meant killing all forward momentum in soft soil — even the bermed turn was a blown out mess. I ended up hitting it anyway, although slowing for the packed inside line resulted in a similar pace. 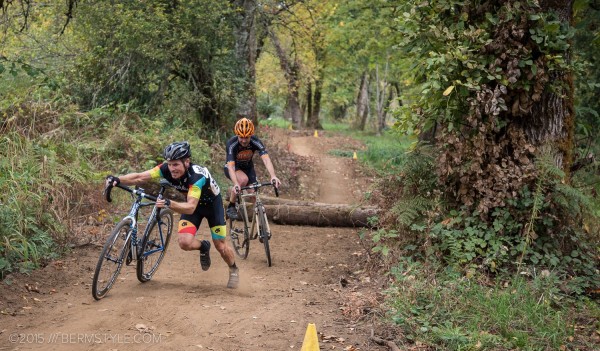 There were logs to cross.

After veering off the MX track, you came to the classic grass field section with another set of barriers. 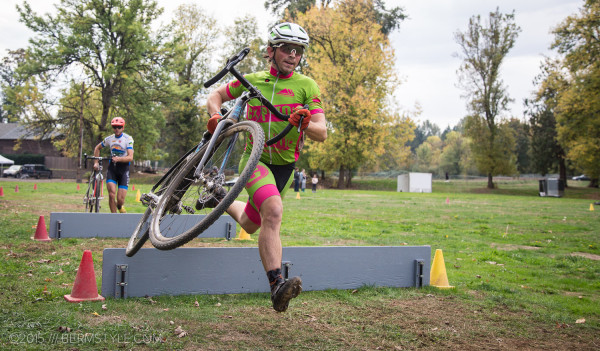 Then it was through the tape maze and onto the next lap. 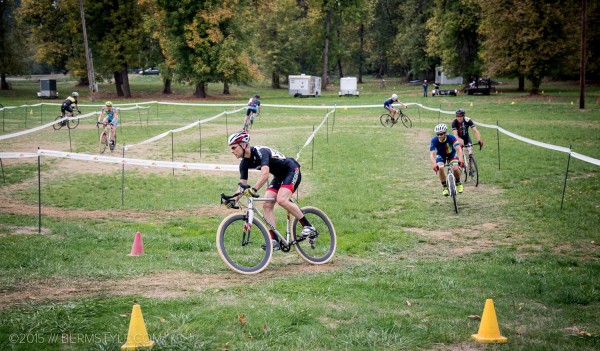 With a complete lack of pavement, the course was fun on a mountain bike, though for us it was a big wakeup call in terms of fitness and intensity level. Riding a lot is not the same as hauling ass for 45 minutes straight, but it was a good way of reacclimating to the pain cave. Needless to say, while it was super fun, I had my ass handed to me — though it nothing many watery beers couldn’t fix.

The crew at Western is already talking about the next one; there’s talk of putting a short track event on here, which would be super fun.

Click here for the full set from the day at the races.