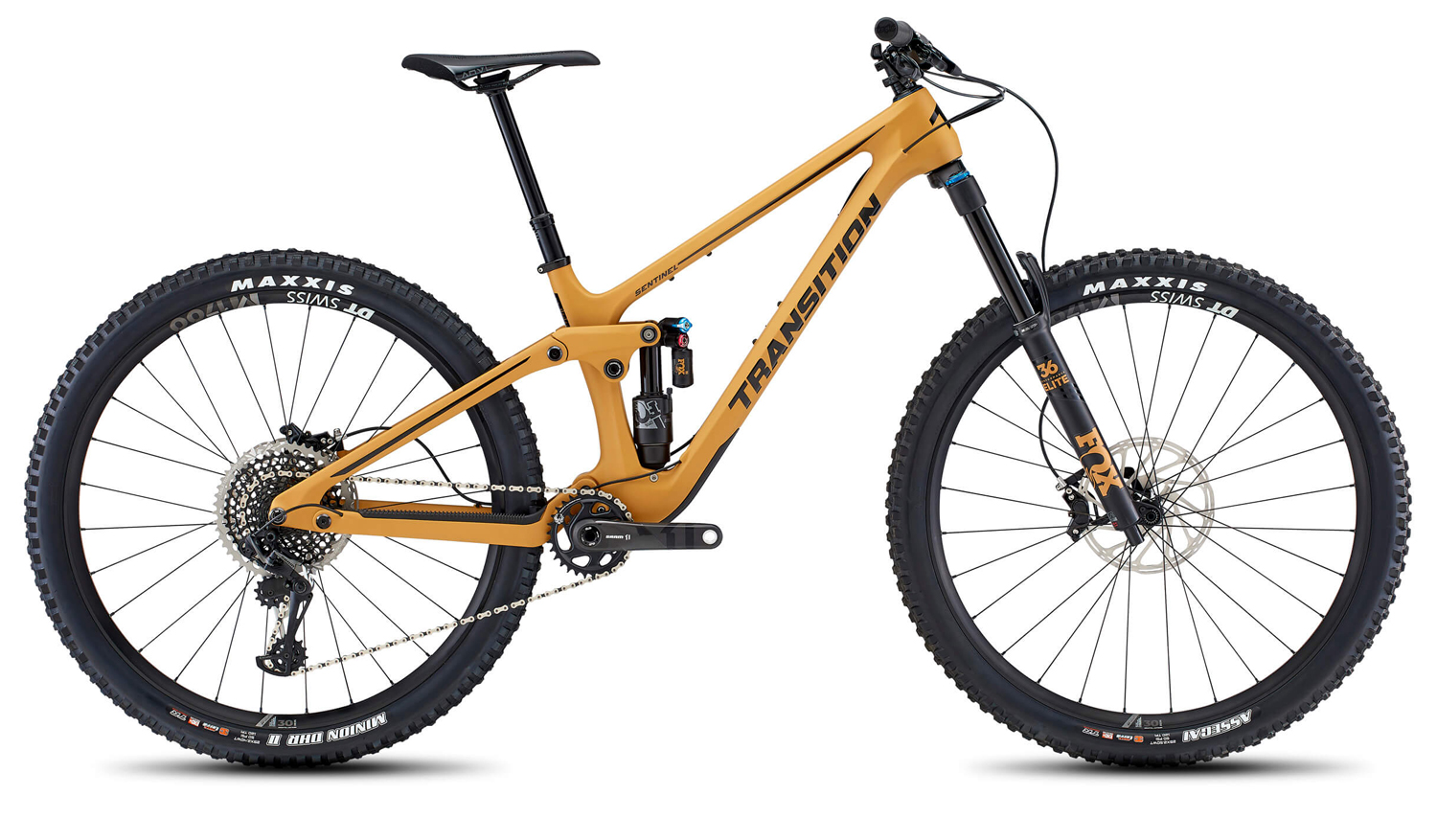 The 2020 Transition Sentinel is here — and wow, is she a looker. The new iteration of the 29″ wheel aggressive all-arounder keeps everything that made the previous bike great, with minor tweaks to fine-tune the ride quality. It now features a new look, with sharper lines that continue the new design aesthetic first introduced with the recent 27.5″ Scout Update. As expected, the team at Transition felt they got things right on the first go-around, with minimal changes to the geometry. For us, the biggest revision of note is the rework of the suspension that makes it more progressive and even more playful than before. 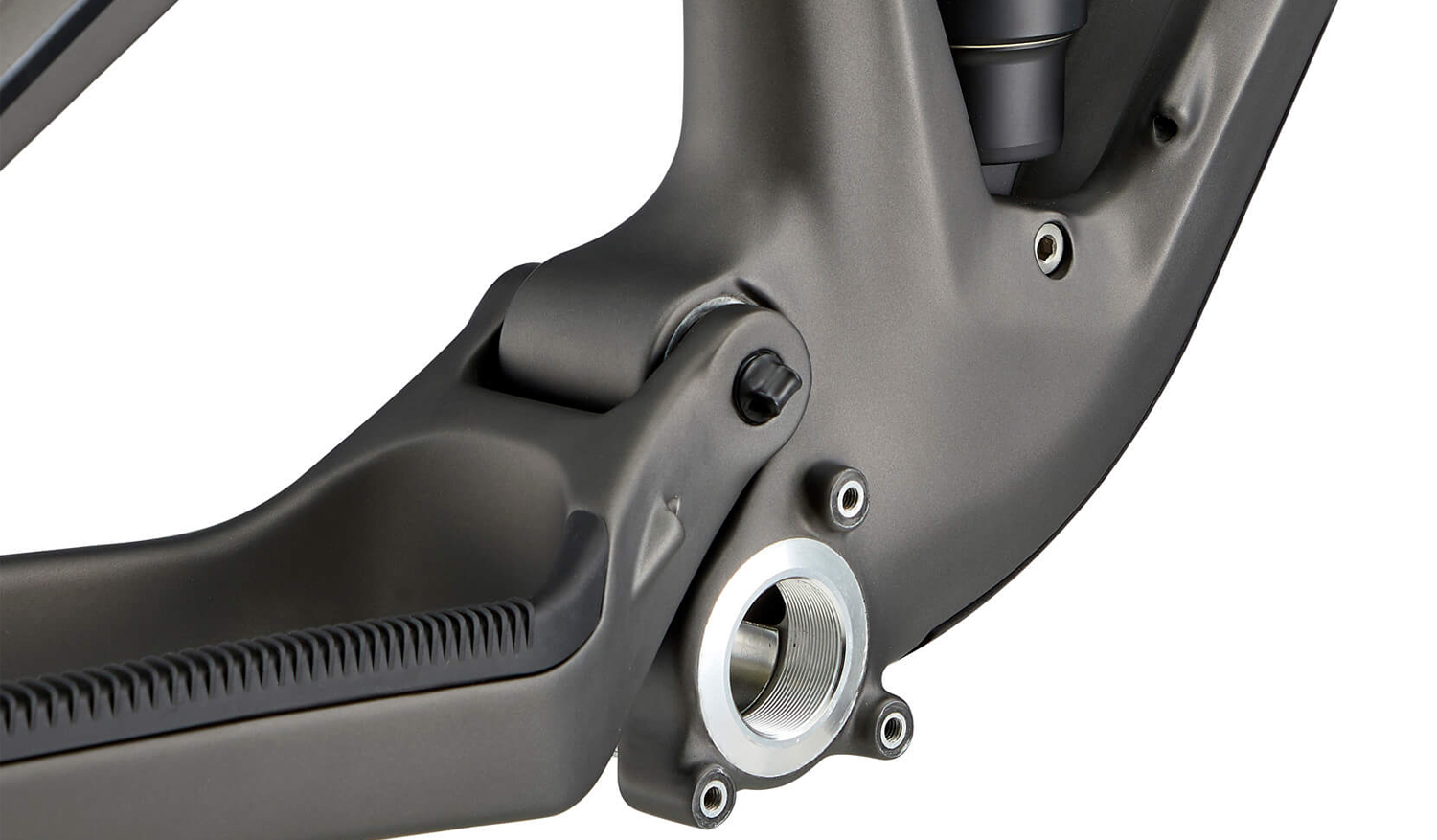 The rear derailleur cable routing has been significantly improved

The specs of the new bike include: 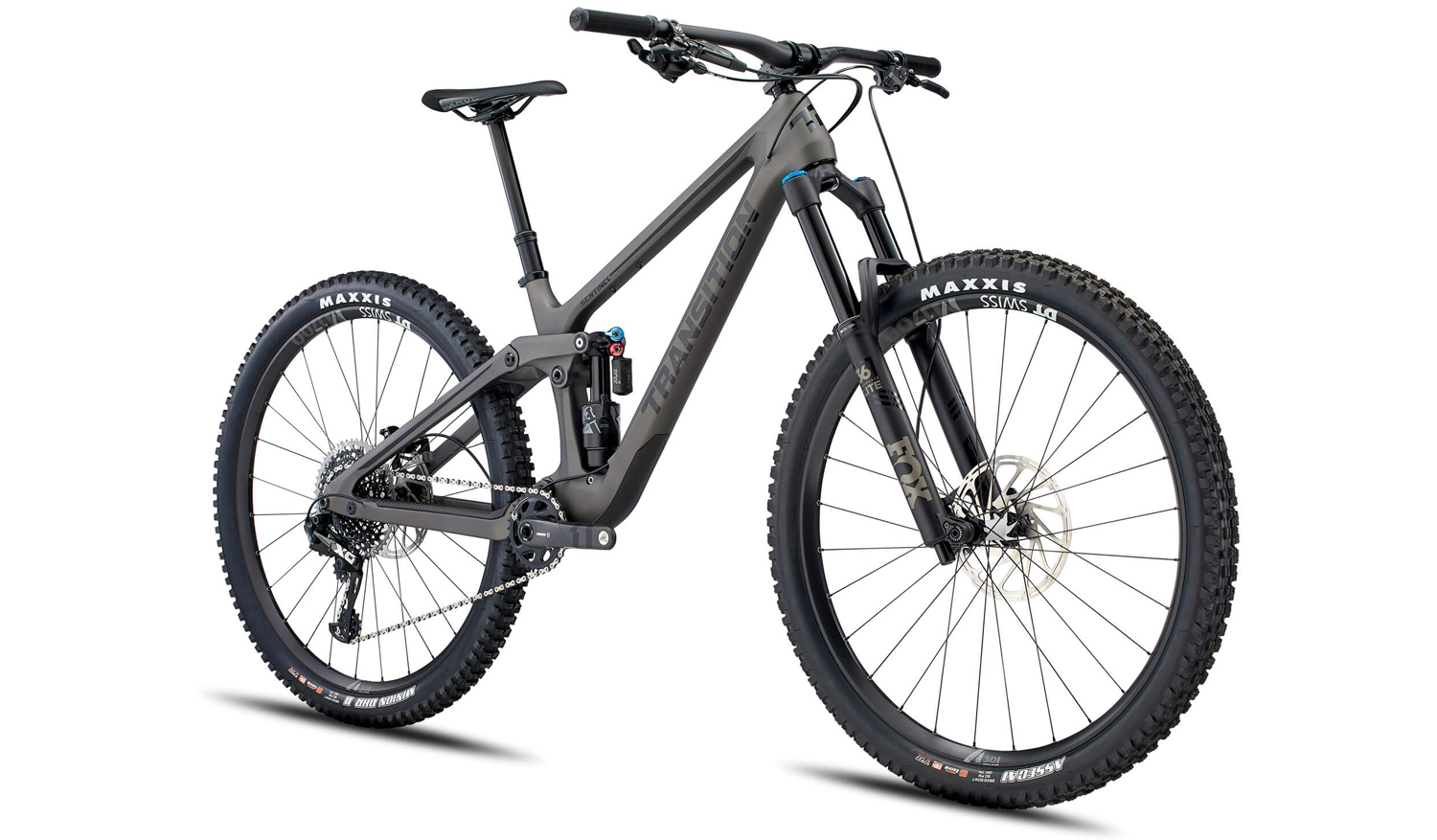 Last week we posted a long term review of the G1 Transition Sentinel, and in the post and our accompanying video, we declared our predictions on what the revamped model could bring.

Knowing how well the original Sentinel was received, our predictions were that the changes would primarily be cosmetic, with the frame design updated to reflect the new design lines as seen in the 2020 Transition Scout.

The Ashland crew, AKA Wild Bill and bro-bro Izaak recently spent a full day of shuttling their backyard on the Transition Patrol On-coil and the new Sentinel for a head to head comparison, as well as their thoughts.

Both are super pumped on the new iteration of the bike. Both Izaak and Bill have owned G1 Sentinels as personal bikes and agree that the small iterative changes of the platform have added up to very noticeable upgrades in ride feel on the trail.

Besides the new and improved suspension kinematics, the increase in the progressiveness in the suspension curve is the biggest difference.. so much so that Izaak’s ready to pull that trigger.

Other updates that stood out as must-haves:

They both ride size mediums though they could ride large. Izaak’s always been a shred over speed kind of rider and these days Bills having more fun going sideways over the fast straight line. Medium sizing was decided based on wheelbase and less on reach. 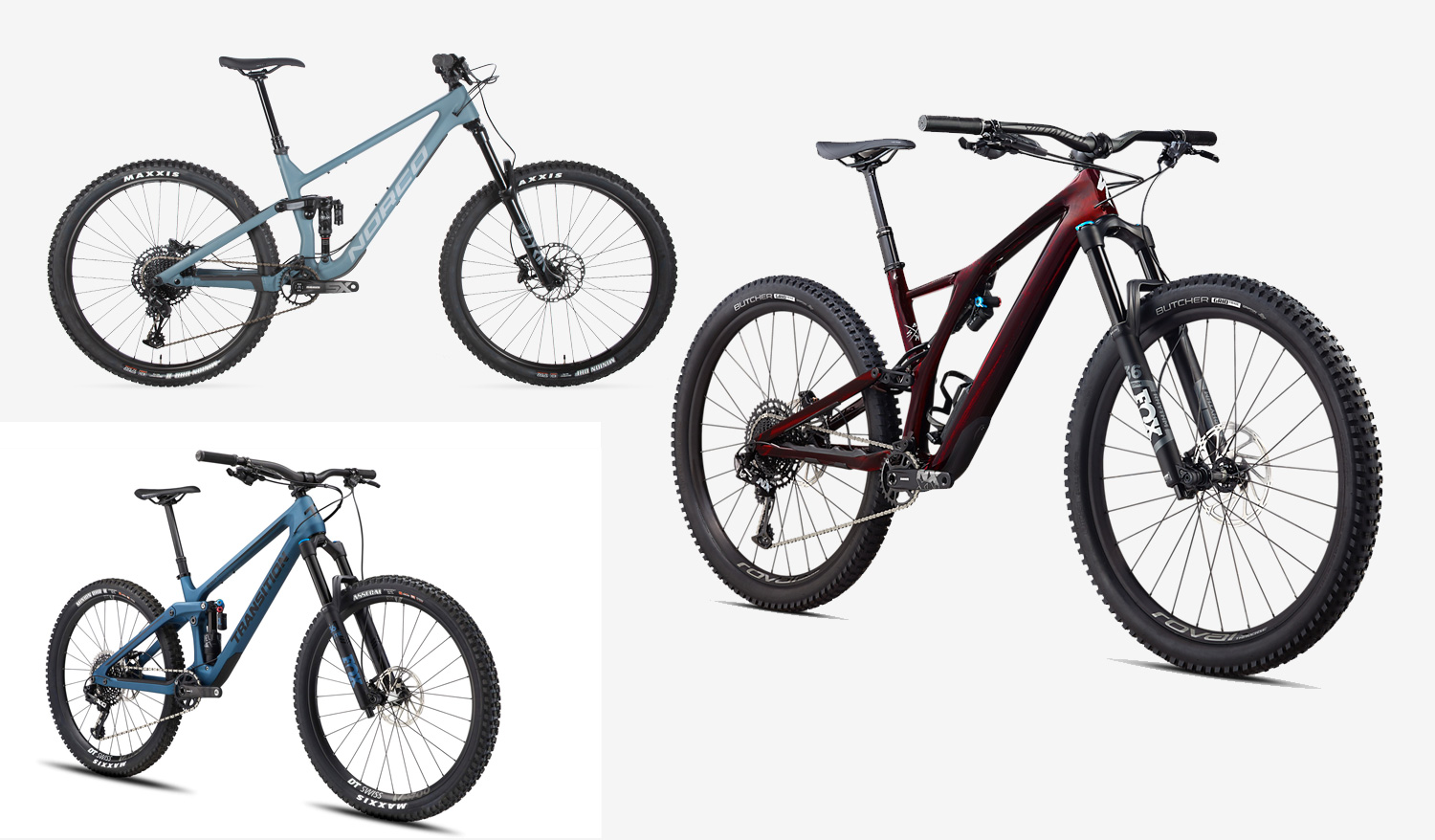 The updated Sentinel Geometry brings it even closer to that of its peers: the 2020 Norco Sight and 2020 Specialized Stumpjumper Evo. Both platforms are available in 29″ and 27.5″ platforms. I’ve spent a good amount of time riding the 2020 Norco Sight in the 27.5 wheel version and was loving it as it feels quite a bit like a smaller wheeled version of the Sentinel. Being located close to Transition in Vancouver, there is a friendly rivalry between the brands and the Sight, available in both 27.5 and 29” wheels is a very similar ride to the Sentinel, though it definitely felt more progressive, with better pop than the G1 Sentinel.

If you’re sold on this take on modern geometry, both bikes are contenders for your next ride. Norco takes the edge for many taller riders with chainstays that lengthen for each size. However, the alloy stays add weight over the Transition.

The Specialized Stumpjumper EVO also features a very similar take in geometry; I spent some time on the standard trail edition a while back and had a blast, and is hard to ignore as a contender.

Personally I’m still happy with my G1 Sentinel, but the new hotness of the updated model is hard to deny. However, I’m convinced the next bike I’m going to add to my quiver is more likely to include a 27.5″ wheel.

I love the pure speed of the 29″ platform though — which makes a 27.5″ mullet set up rather appealing. 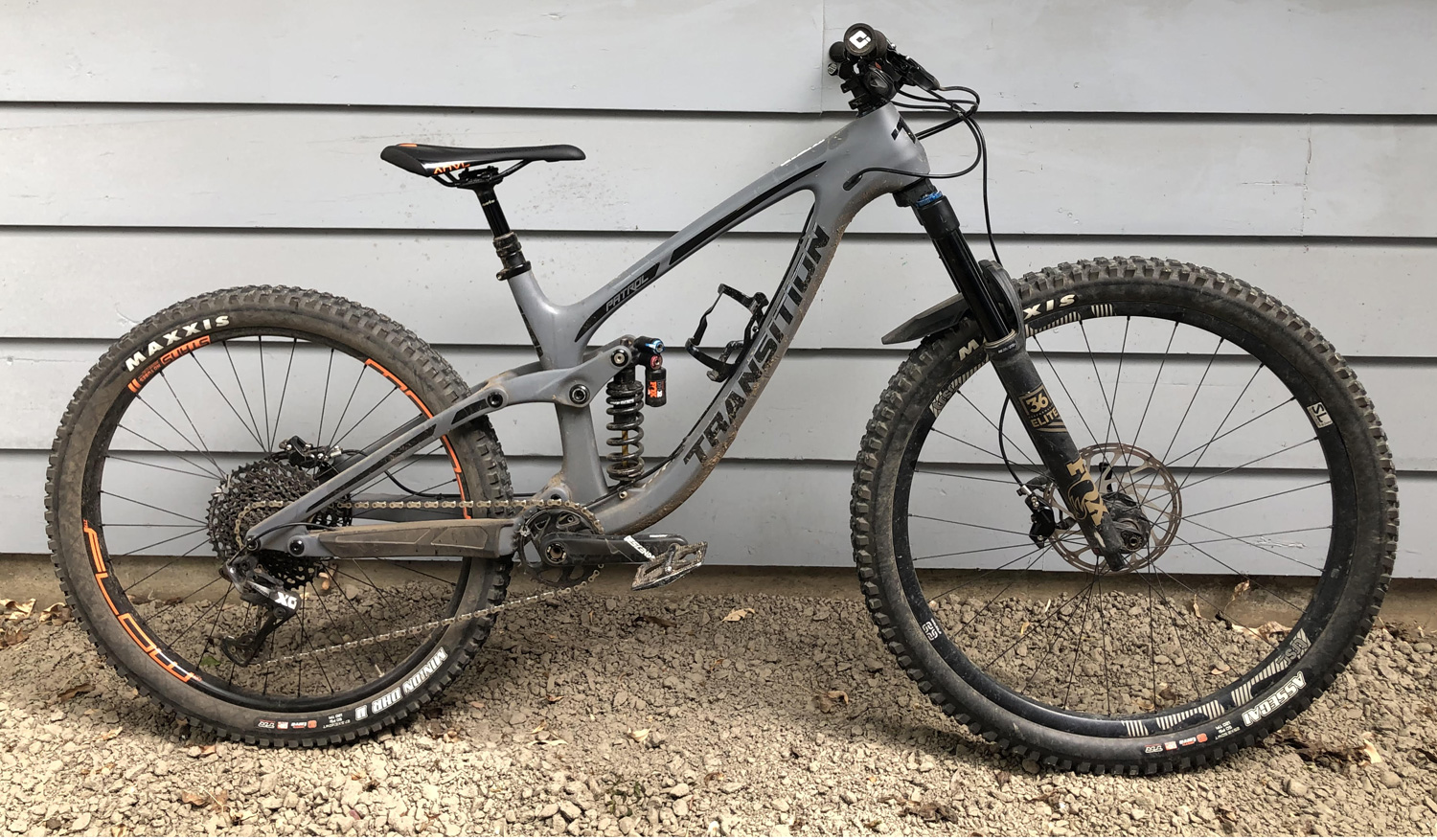 Reaction: let’s Mullet out the Patrol. Adding pure speed to the party…

Many riders have been calling for a longer travel ‘Super Sentinel’ that could keep up with the new crop of enduro class long-travel 29ers, and while we foresee a bike along the lines of a 29″ Patrol is in the works, our prediction was for a moderate increase in suspension travel with a 140mm option. I personally like having less travel on the G1 Sentinel as it gives it a bit more versatility. (plus I already have a dedicated DH bike for pure gravity riding)

That said, we’ve been going back over shred ability vs pure speed, and both of us have been going back to 27.5″ wheels for the pure fun factor. Izaak has been loving his time on the new coil Patrol but after a day on the new Sentinel was sold of the fun of the additional speed.

Like the first iteration of the Sentinel, the Patrol suffers from being a bit too linear for hard hits. Unfortunately, the stock tune of the coil spec’d only made it worse. Izaak’s had the hardest time getting the tune of the rear shock on point, as its has been too linear for his preferences. First switching to a 450lb shock over a 400, he found it to lose the small bump suppleness and compliance that were the reason he wanted a coil in the first place. Throwing a fistfull of dollars and upgrading to MRP’s progressive coil was the solution.

However, after riding the new Sentinel, the confidence the larger front wheel provides is hard to deny. The solution: Mullet the Patrol to create his version of the ‘Super-Sentinel’ for the ultimate party. 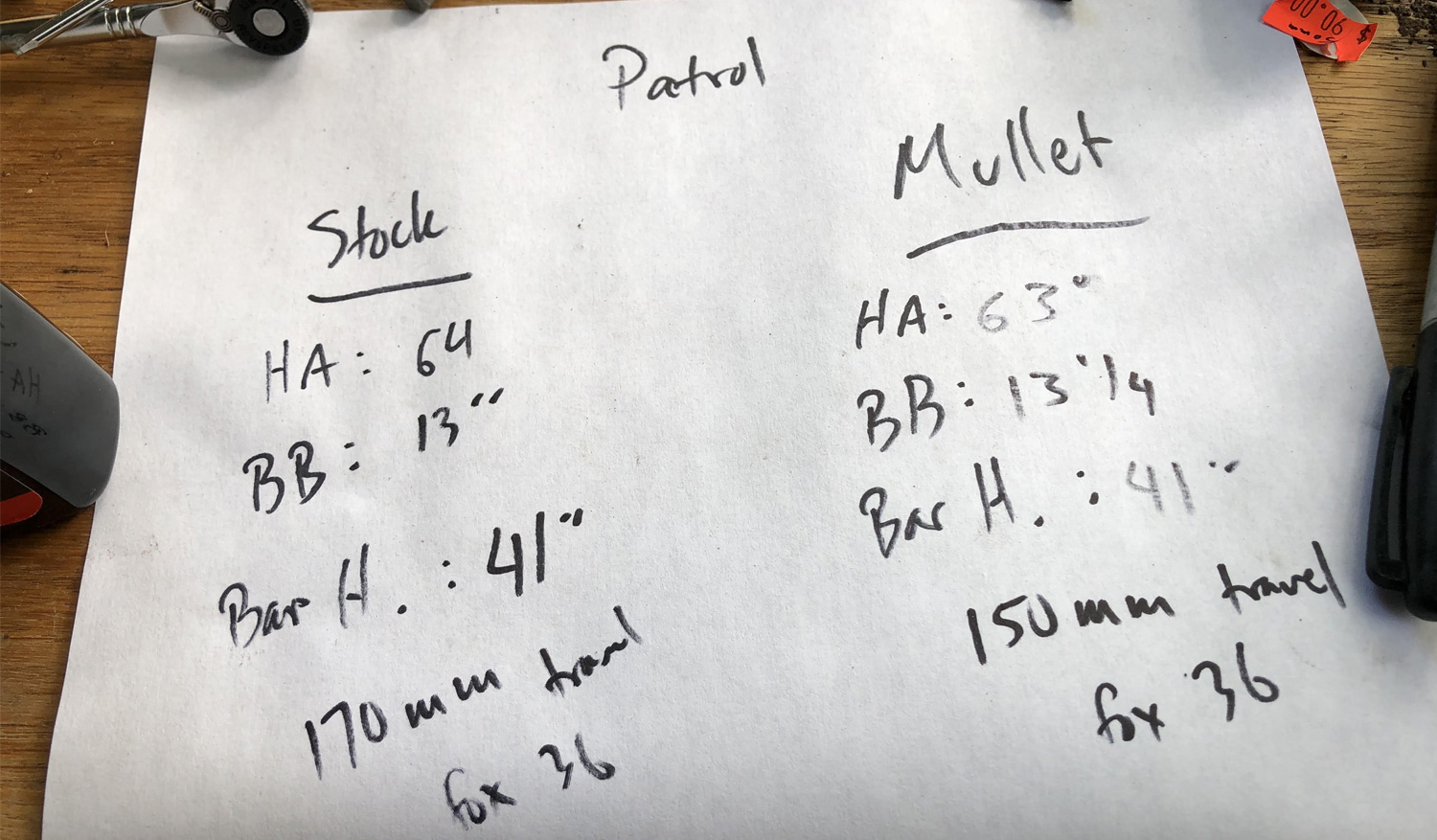 Head Angle is approximate, my angle finder only reads in whole numbers, unfortunately. Also, Wheelbase went from 1207 to 1210. (Both forks are reduced offset.)

I think bumping fork to 160mm will be perfect. I didn’t miss the little front wheel but considering the variety of trails we rode: steep and loose to hardpack and flowing, I certainly felt many of the benefits of the big front wheel. I did back to back ride days, one on stock build and one on mullet. I also climbed MOTR on both setups having no problems with cleaning uphill switchbacks; I guess I don’t suck climbing after all.

I’m planning to purchase a 29” fox 36 for this bike(the Patrol). John (at Bear Creek Bicycle) made a good point while riding yesterday: you can always put the little wheel in the 29” fork… Boom, winning.