It’s become more and more common to see Cascade Components linkages mounted on Transition bikes at our local trailhead, for good reason. Several of the Bermstyle crew have been running them — on the Transition V1 Sentinel and V3 Patrol — and after several months of shredding trail, we’re in agreement that for aggressive riders, they’re the best upgrade to these bikes you can make.

The first generation of the Transition Sentinel was a genre-defying trail bike, but its Achilles heel is the rear suspension rate. Simply put, the bike is difficult to set up to both take a hard hit and rail turns, with a suspension rate that lacks adequate progression. Basically, my suspension felt awesome for going fast but would bottom harshly on big hits.

Adding the Cascade Link completely changed that — one of my first rides on the aftermarket link, I came up a bit short on a double. It happens, right? Preparing myself for the inevitable, jarring “bap” of the landing, I was pleasantly surprised to find the touchdown was nowhere near as harsh as previous incidents. The primary flaw with the bike — lack of bottom-out resistance — appeared to be resolved. In this single moment, I experienced firsthand the value of the Cascade link — the improved riding experience for big mountain and big hit riding. Not only is it worth the trade-off in terms of the additional weight it adds to the bike, but it is also definitely worth the financial cost of the component.

Adding the Cascade Components link to the V1 Sentinel is almost as good as buying a new bike. In my case, with new bikes and frames practically impossible to find, ordering and installing the aftermarket link has transformed the bike, as well as the riding experience.

Installation is straightforward; simply remove the old link and swap the aftermarket version in its place, utilizing the existing spacers and hardware. The most challenging aspect of the install is trying to not drop the spacers and losing them on the floor.

Two of us at Bermstyle have been running the Transition links. Izaak has been running the link on his v3 carbon Patrol, with mine on the Sentinel. Adding the link is noticeable immediately, even in the parking lot. It felt plusher from the start, even just cruising around on the street. However, it’s the mid-stroke support and bottom-out resistance from the increased rising rate that provides the value.

If you’ve been struggling to tune your Transition to both corner well and resist bottoming, this is the solution. Prior to installing the link I had added volume spacers and run less preload in an effort to keep the suspension from bottoming as harshly. Adding more air made the rear of the bike ping off hits more, and decreased the performance of the bike every where except for drops and jumps.

With less riders owning DH bikes, coil spring shocks have become more commonplace with riders looking for that stuck to the ground feeling on their rear ends. Without this link, there’s no way I’d ever consider running a coil on the V1 Sentinel. While I still wouldn’t go coil on my Sentinel as I’ll take a poppy feel over DH performance (plus I own a DH bike with a coil for when I want that experience) without this link I would never consider it as the bike just isn’t tuned for a coil in its stock configuration.

As for the Patrol, I’m not sure how riders can deal with the bike in stock form “on-coil”. It’s a massive upgrade for Patrol owners running the coil setup.

The Cascade link does add weight, but with the increase in performance, it’s definitely worth it. After a ride, I swapped out my 2.35 “fast” trail tires for some higher volume Butchers I’ve had laying about, as the smaller tires just weren’t a good match considering the increased capacity of the bike.

The Sentinel LT link adds a bit of suspension travel; it isn’t noticeable while climbing, but it sure is while charging down mountains and blasting off drops and step downs.

Cascade Components is onto something, as they’re continuing to increase the number of after-market linkages for additional makes and models. Of course, that begs the question – why were bikes with these linear suspension rates so commonplace, in the first place? Is the industry really catering the lowest common denominator/ low levels of riding?

Transition linkages sell for $315. Get yours at CascadeComponents.bike 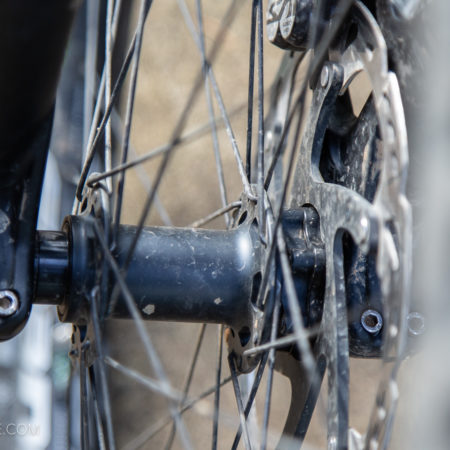 What is 20mm DH Boost Spacing? 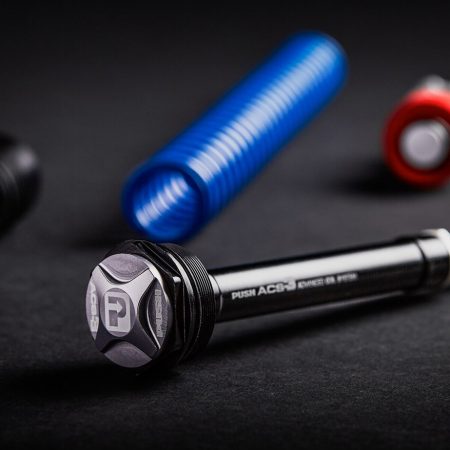 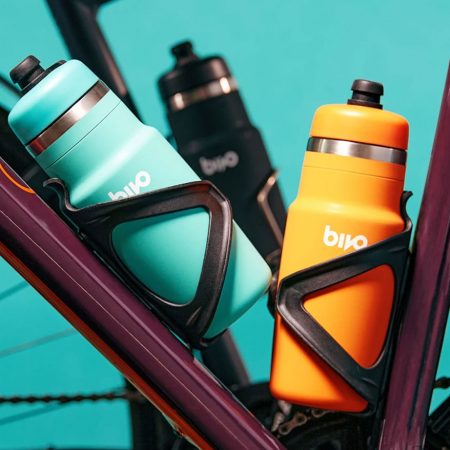