When our friends at Ashland Mountain Adventures invited us to the Spring Thaw weekend in Ashland, Oregon, we couldn’t refuse. A lousy winter that devastated the ski resort meant they’d be running the XC race up to the Bull Gap Trail. Normally  it’s trail still covered in a blanket of snow and ice. This season however, was all sorts of strange, as we were riding Time Warp in the dead of winter. Hopefully it is simply a fluke, as opposed to a dramatic example of how climate change is effecting southern Oregon. That said, a lousy winter for skiing makes for an epic early season of riding, so off we went.

We got into town early enough to get several shuttles scheduled and spent all day Friday hauling ass down the mountain. If you haven’t had a chance to ride the trails in the Ashland watershed, you owe it to yourself to make the trek. With shuttles running every weekend courtesy of AMA, (who also took over promoting the event when the previous team dropped out) sampling the trails is as easy as pointing your bike down the hill on choice single track. From the drop off point at the ski area— just a few miles off the freeway exit— you can descend 14 miles of trail (most of which is choice single track) which end conveniently in the city park. 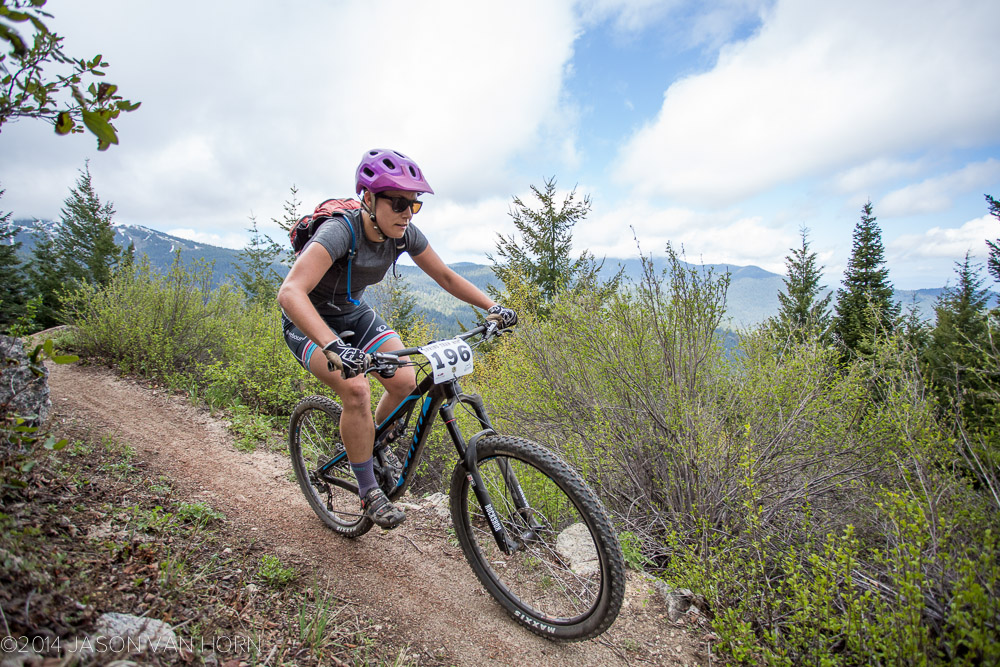 Just past the view point on Bull Gap during Saturday’s XC event.

After a few runs we retreated to a brewery for a quick lunch before getting shuttled to the top for one more run down. This time we had a brief intermission, when my brother pinch flatted attempting to gap a second of the rock gardens on Missing Links. Turns out we both needed a tad bit more speed as I picked up a nice ding on my rim, but due to my tubeless set up, didn’t even notice it until the end of the ride.

After seriously wearing ourselves out we returned Saturday to help document the weekend for a Pink Bike write up. 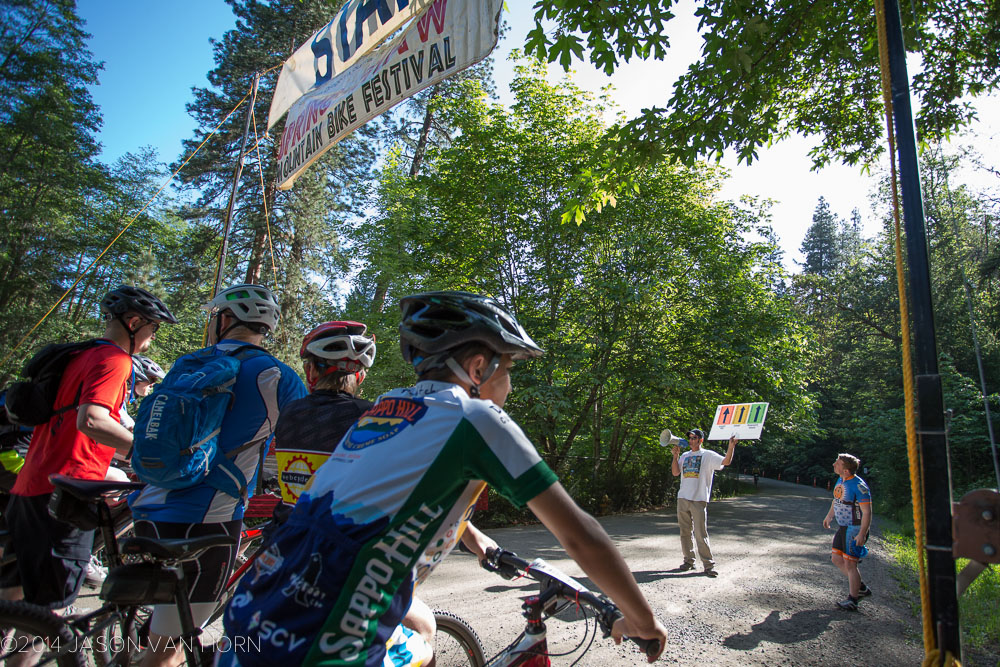 Bill Roussel of Ashland Mountain Adventures does a pre-race talk before sending racers off. 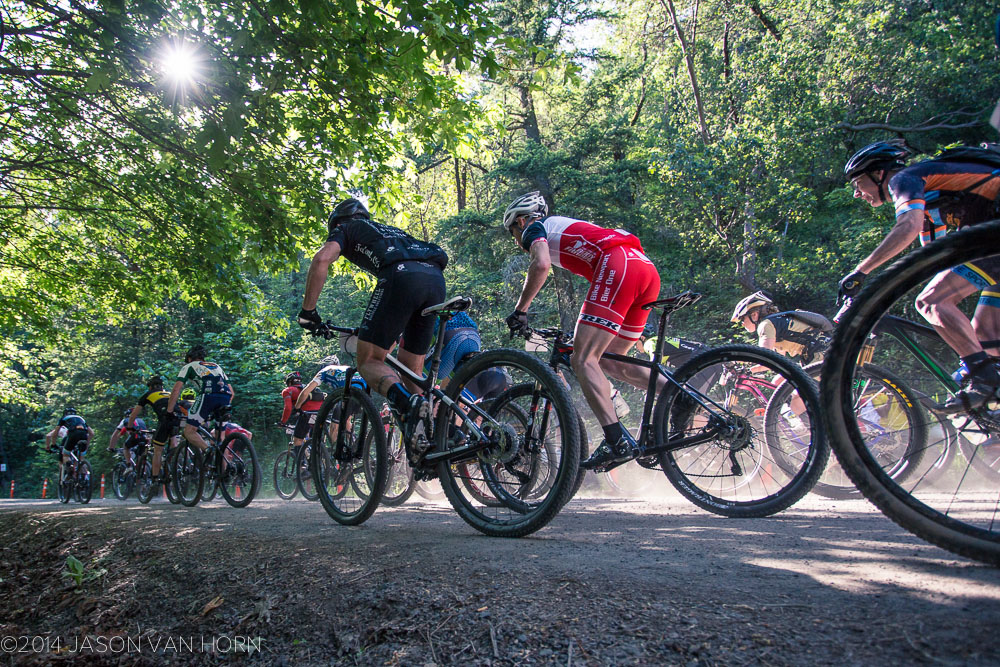 Since the trails were rideable, the pro/ expert field pedaled all the way up to Bull Gap before turning around and heading back down. After shooting the start, I tried to figure out a way to get up there and snap some shots, and ended up convincing Inga to drive me up. Unfortunately, I missed the pros, who were hauling ass up the mountain. The level of fitness held by the top guys is pretty amazing, especially when you consider over half of the pro field also specializes in Enduro, and were competing in the DH the next day for the KOM title. 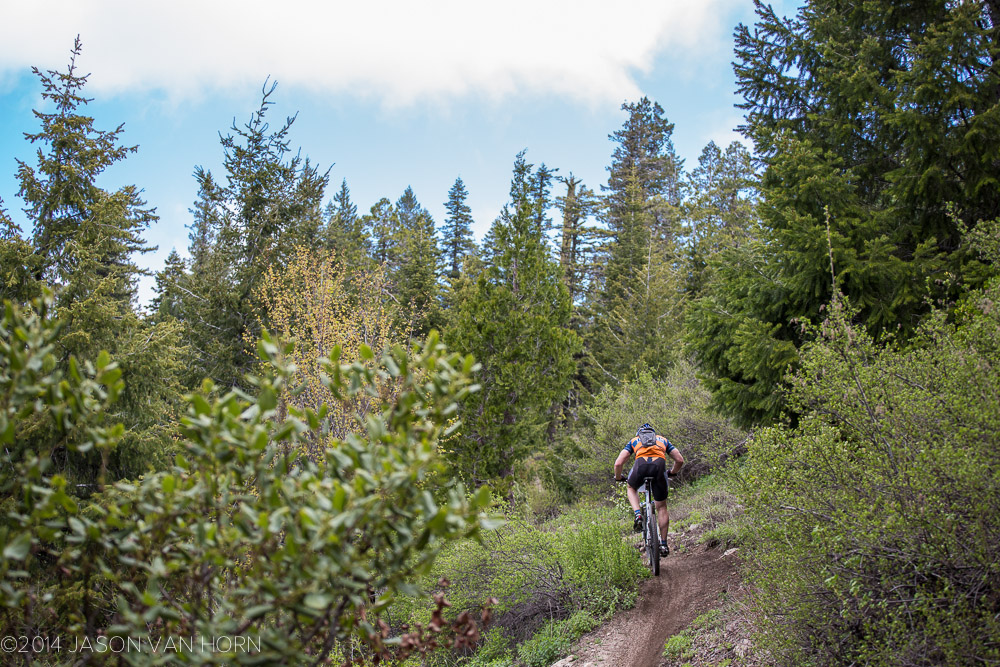 This is pretty much where the good sh*t starts. 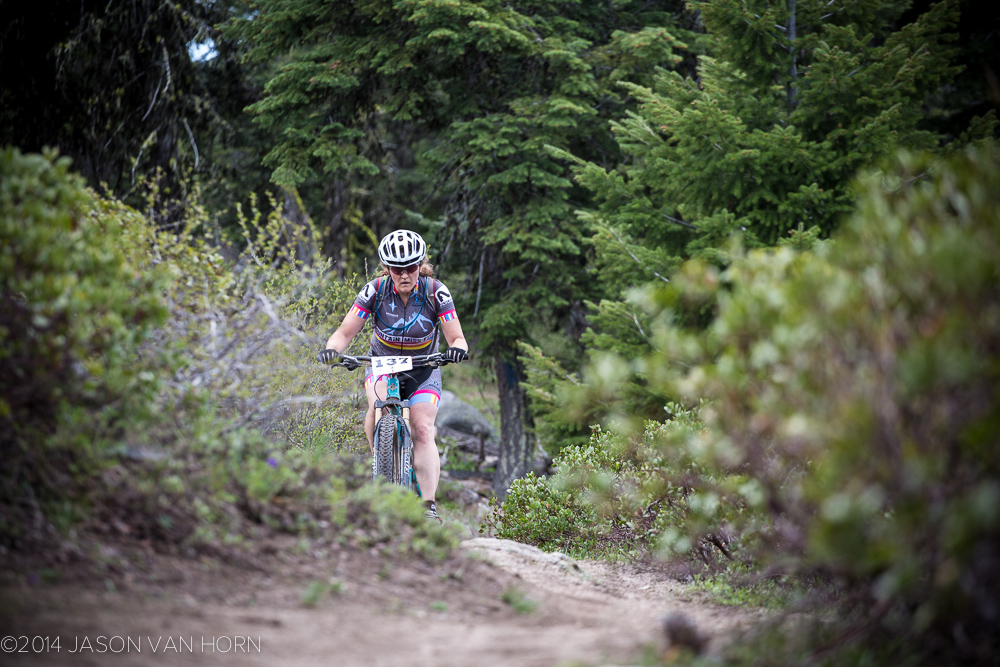 I saw a lot of tired riders at this point. Hopefully their adrenaline kicked in a minute later when the tech level of the trail kicks up a notch or 3.

After descending back into Lithia Park, racers were treated to a burrito and a beer in the beer garden while waiting the awards ceremony. 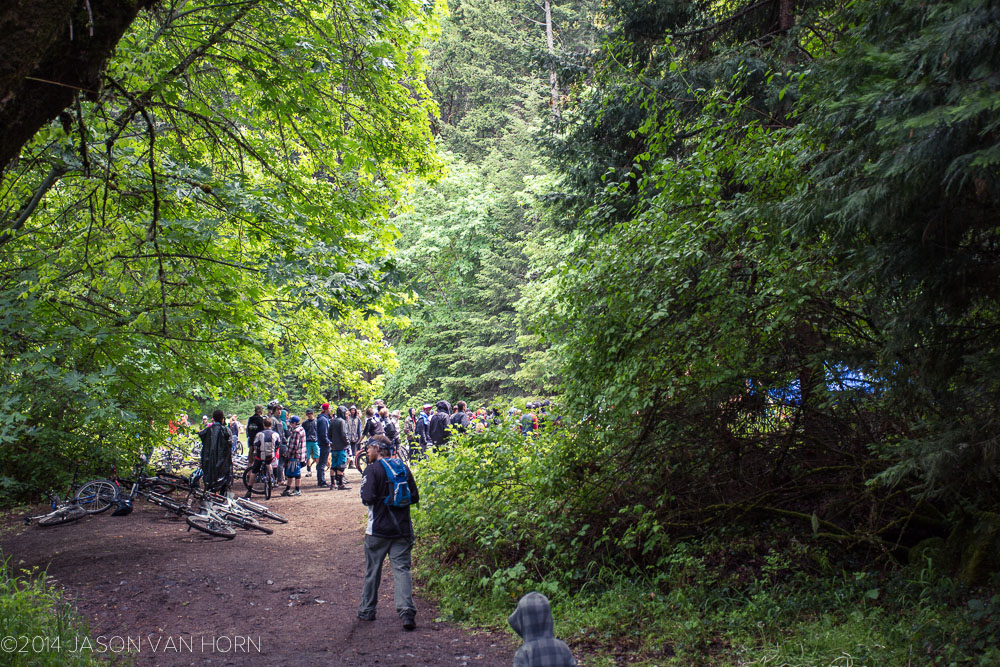 The final party location was moved up the road this year. 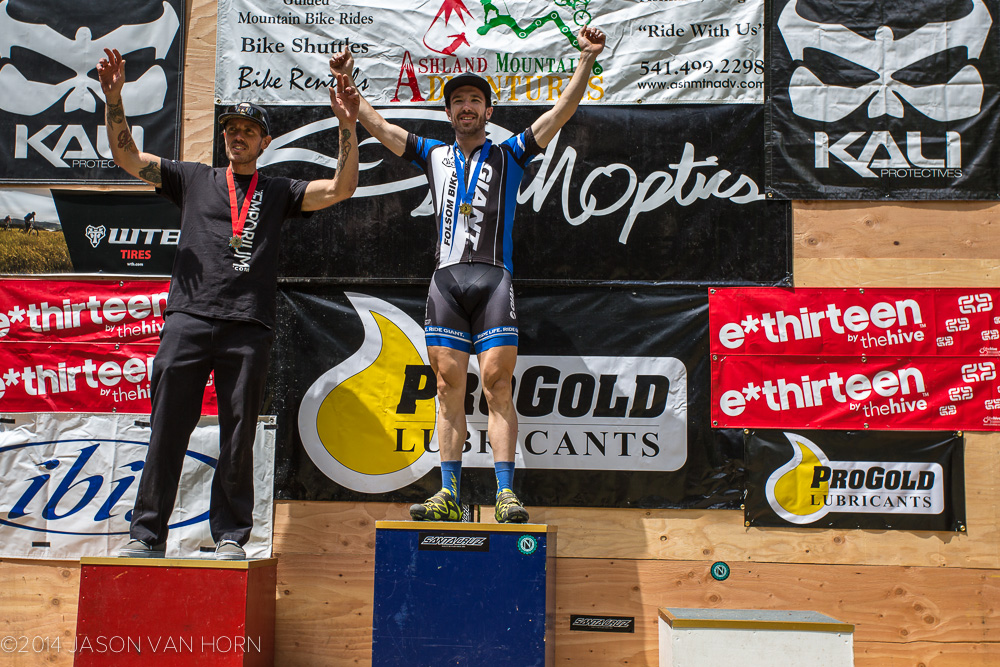 The top men all finished within minutes of each other, which must have made for a fast paced descent back down.