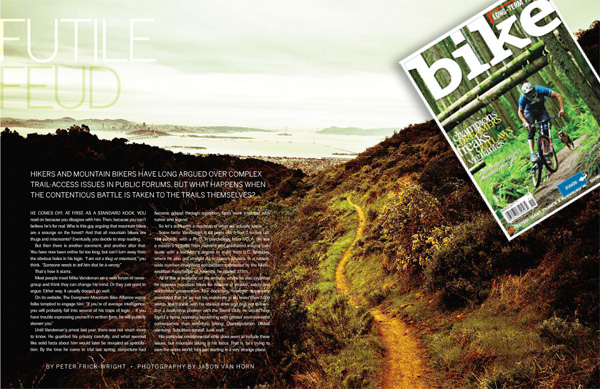 We reported on the trial and arrest of Mike Vandeman, the extremist anti-mountain bike crusader earlier this spring. Shortly after that, I made the acquaintance of Peter Frick-Wright, a writer from Portland that treked down to the Bay Area to follow the story. Peter had dedicated himself to covering the saga of Mr. Vandeman’s trial, and was on a mission to try to understand the motives behind his actions and beliefs. Peter is a thorough writer and researcher, and he spent a considerable amount of time gathering information and interviewing the principles involved in the trial as well as people that knew Vandeman. He even *attempted to interviewed Vandeman himself. (though he didn’t respond) Peter had pitched his story idea to Bike Magazine, and we began talking about a lot of things, including riding bikes, advocacy, trail building (a few things I’ve had some experience in my time as an former employee of the International Mountain Biking Association) and the state of trails in the Bay Area as well as Portland, Oregon. It led to us collaborating on the piece. 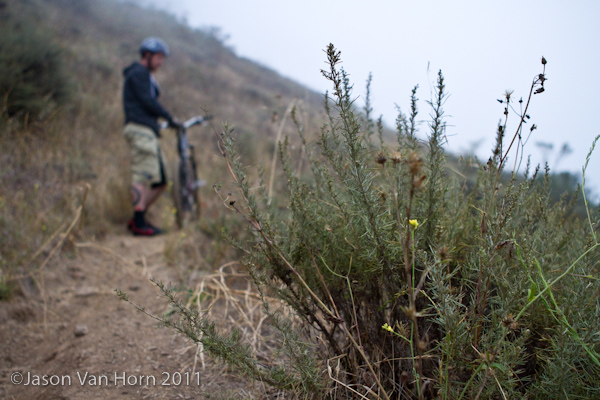 James Lanham on the trail.

I haven’t been on the trail for several years, so I met up with Peter and we dropped a car at the bottom and did a quick shuttle run. Afterwards I began talking with Justin Bruss and James Lanham, two of the riders involved in the trial, and started the process of photographing them in the hopes of creating a visual narrative that would match the details of Peter’s story. 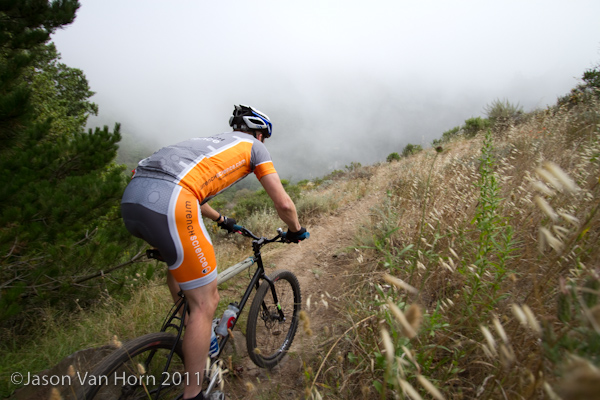 Justin rocked his rigid steel hardtail harder than anyone I’ve seen in quite some time.

This month, the story was published in Bike, on newstands now. (You can also preview some of it online here.) I put some time into these shoots, and while I hoped to spend a bit more time on the trail shooting, (Ian Richards declined at the last minute to be photographed for the article) I think it came out pretty solid. Quite a few of the images we shot ended up being run- which admittedly stoked me out. 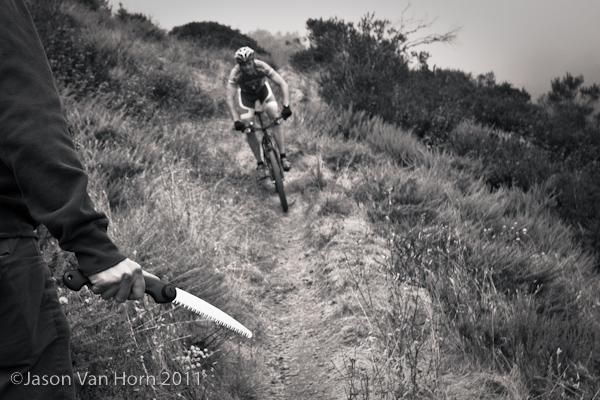 Since it was unlikely I’d be able to get Vandeman to pose for a photo, I ended up “playing” him in our reenactments.

Interestingly enough, none of the actual encounters the riders had with Vandeman happened on actual single track. Instead it was on the fire road sections that riders use to connect the single track sections. It was enough to make me wonder if there would be user conflict if a single track route was possible all the way down? It’s unlikely we’ll ever know, as the trails are on private land owned by the University.

We tried a number of different concepts for the shoots before settling on a direction. Ironically, we did reenactments of James’s encounter with Justin, instead of with James. Whoops. 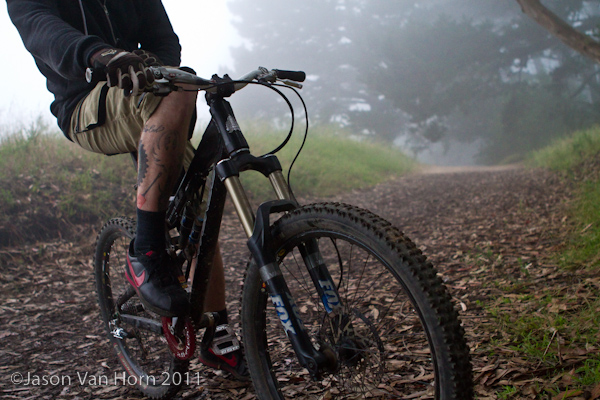 The fog on the day James and I went out shooting made for some great lighting, although we ran out of time while on the trail. 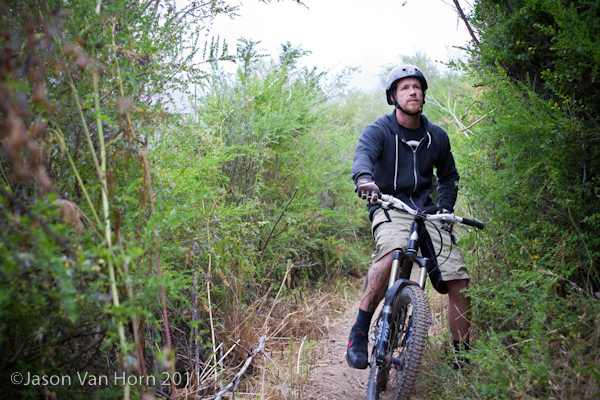 The issue has been out for a few weeks, so if you want to read the full story, I recommend you pick it up. (You can also preview some of it online here.) Hope you enjoyed the behind the scenes b-roll.