In my effort to embrace the NW cycling culture, I’m breaking down and (partially) returning to my roots. Not the BMX bike roots, (quite yet, but I’m revisiting that too, in a future post) but the next phase I adopted early in my cycling life, the world of spandex- that is right, I’m talking XC.

Ok, I’m not really planning to head out riding wearing my underwear and nothing else, (at least not yet) but with the crappy weather and the wack-a-doodle last year we’ve had, my cycling fitness has essentially… turned to shit. I don’t have any excuses either. I just hate cleaning my bike and getting cold and wet on rides. I know what you are thinking: why did you move here? To be honest, I don’t really have an answer for that one anymore. But I can tell you that I’m planning to embrace it, and this bike is the steed I plan to do it on.

I’ve written two posts on her to date- my first step into the modern, ok, not so modern with the rigid fork, but contemporary world of hard tails. These days, XC hard tails are all about big wheels. As in twenty-nine. I’ve turned to Fred Cuthbert of Wolfhound Cycles, a custom frame builder that specializes in the big wheels to make it happen, and happen she has. Last weekend after hanging out in Ashland for the Super D, we stopped by Wolfhound HQ to build up some wheels and talk bikes, and the final touches of the build. 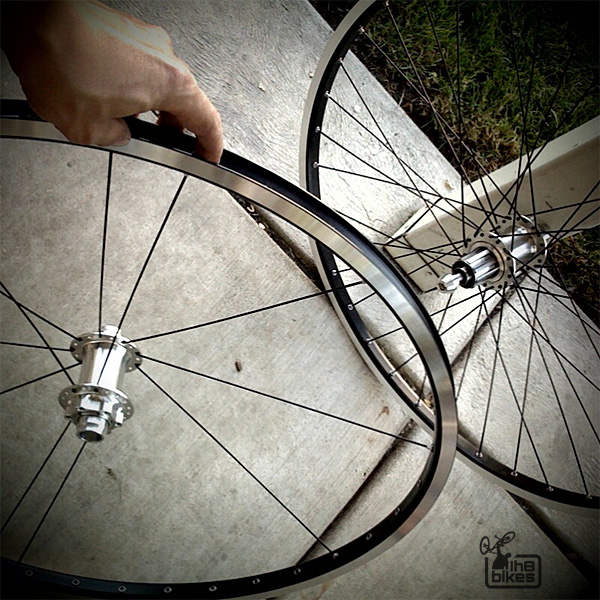 Wheel build in progress. Shot on my phone.

I ended up shifting directions slightly from what Fred had envisioned, and went with lighter and narrower rims that I originally planned on. Wider rims would be better for hard trail riding, but the fact is I love my all mountain bikes for hitting the gnar- that isn’t going to change. No, this bike will be seeing the bulk of it’s saddle time on the unpaved roads of Forest Park, riding to and at Powell Butte Nature Park, and the Portland Short Track Series. (update: change that to the Marin Headlands, and East Bay Hills) Because I am going with narrower rims, I’ll also be able to give Cyclocross racing a try this fall. I’m pretty vocal on my stance on road bikes (Scary-cars kill- I hate riding next to cars unless I have a throttle and a motor- it is safer in my skewed opinion) but the narrow (from my usual stand point at least) of 29/ 700c rims will also allow me to run road tires in case I decide to put some serious miles down on the pavement.

Enough about the intended use- I’ll get to the point. I just peeped photos of my ride on the painter’s Flickr pages. Check her out! 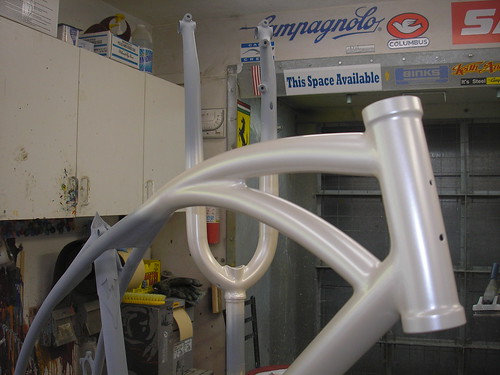 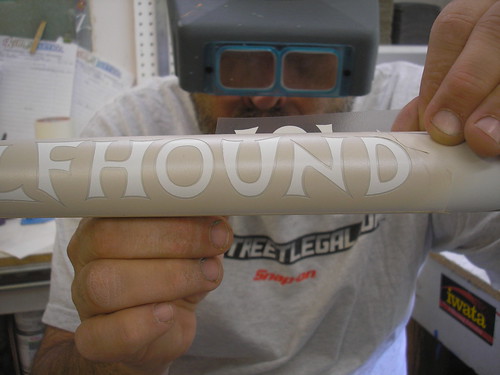 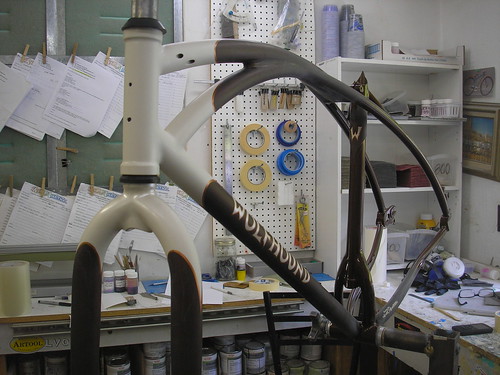 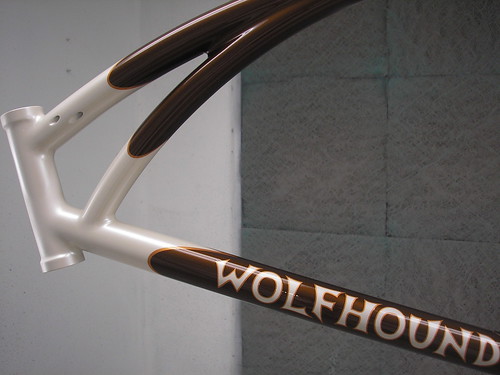 I’m going to feel really bad the first time I get this bike dirty. Photo courtesy of Keith Anderson

If I’m going spin some serious miles in order to get fit enough to ride DH for days, I may as well do it in style- it doesn’t get any stylier than this. I’ve had bikes that were painted brown before, but I don’t think I’ve seen paint look this good.

Keith Anderson is Wolfhound’s go-to paint-man, and is a frame builder/ restoration specialist to boot. He does amazing work- if you ever want to take your tired ride and pimp her out, he is someone whose work should definitely be considered.
Check out Keith Anderson’s Flickr stream here, or on his website here. 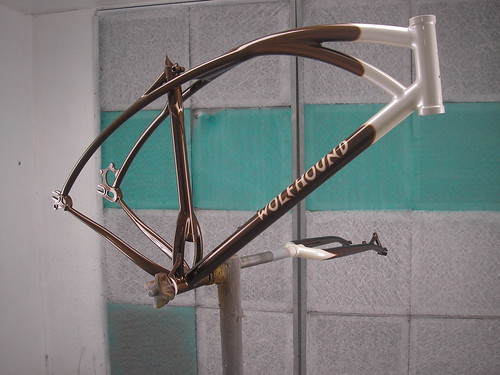 Q & A with Wolfhound Cycles: the Retrosled