I’m the first to admit I haven’t really been following the fat bike trends all that closely. Our local conditions don’t call for it, but there are clearly a lot of folks stoked on rigid bikes with huge tires. If we had snow covering our trails for a good part of the year, perhaps my POV on the bikes would be different, but for the Bay Area they seem like a silly bike to own and simply a novelty.

So I was a bit surprised when I saw our friend from Wolfhound Cycles rolling his new ride out in the height of summer with some gigantic tires. He called it the “Chubby”.

For those unfamiliar with the Fat Bike trend, they now come in two varieties (ok, three as of Interbike) utilizing 26″ and 29″ rim diameters. The original fatbikes utilize wide 26″ rims designed for riding on soft surfaces like snow covered cross country ski trails and sand. The large oversize tires are upwards of 4-5″ inches wide, allowing them to float on the surface of snow and sand, as opposed to plowing through and creating ruts. 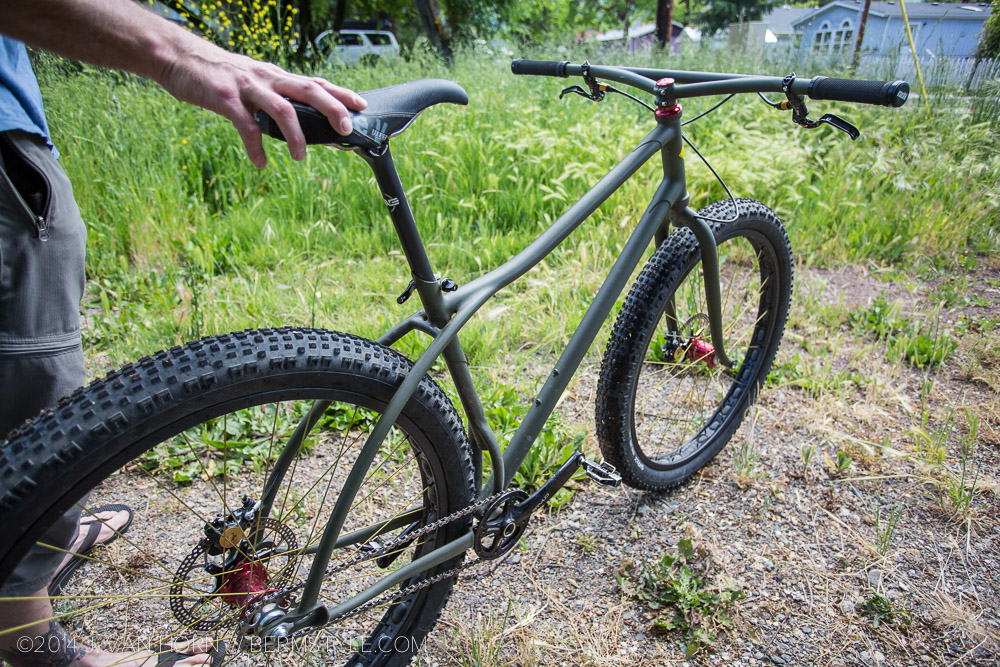 29+ on the other hand, utilizes the 700c rim diameter with 29″ tires that are 3 inches wide, and feature some of the characteristics of fat bikes. The smaller contact patch doesn’t offer the same amount of float, but offers much of the traction, but handles like you’d expect: a 29er with huge tires. As opposed to being a dedicated snow rig, 29+ bikes are intended for more general use. Not being as wide as a true fat bike, 29+ lacks the float of a fat bike, and technically isn’t allowed on XC ski trails, which require a minimum width of 3.5″.

Surly Bikes is generally credited with the movement 29+ movement, as well as facilitating the fat bike craze. Without rims and tires, frame builders wouldn’t have had much to work with. For rims, Fred is running Surly’s Rabbit Hole rim, which is 50mm wide, paired with the Surly Nard 29x 3.0″ tire. He’s got it set up ghetto tubeless style. 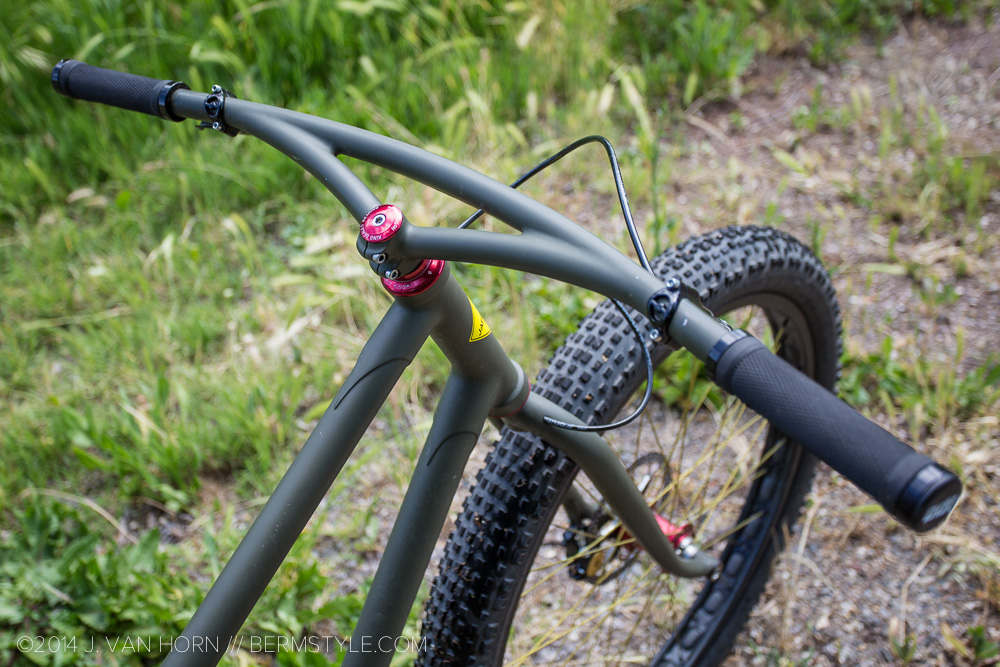 The frame, fork and handlebar stem combination are custom built in Talent, Oregon. Fred’s a tall guy, and prefers them wide.  The custom fabricated handlebars are 30.5″  in width attaching directly to the steerer, providing a reach that’s about 40mm in length. 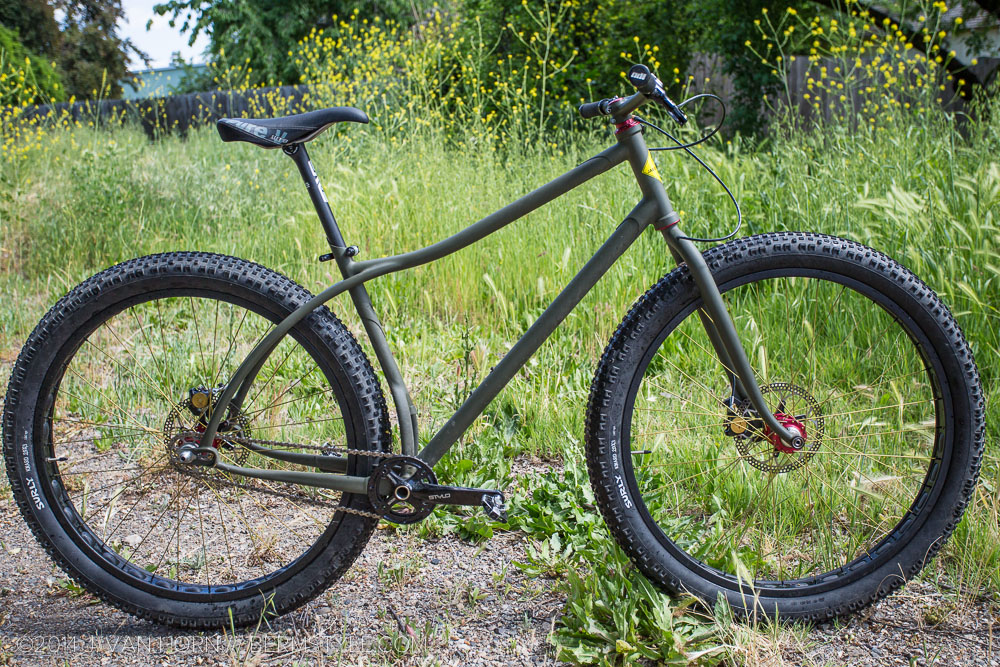 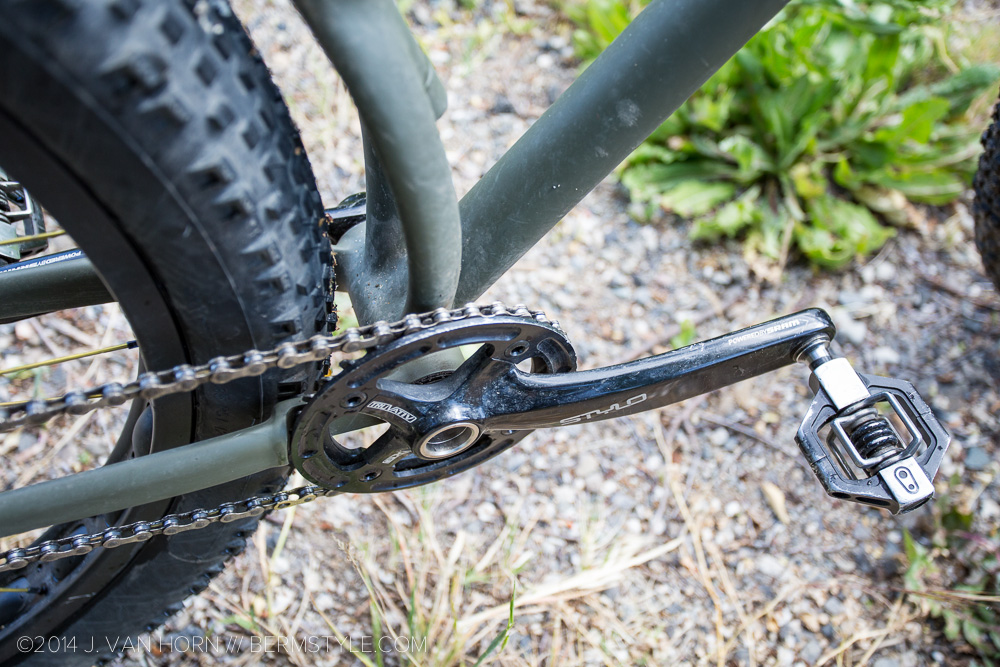 View of the bottom bracket area 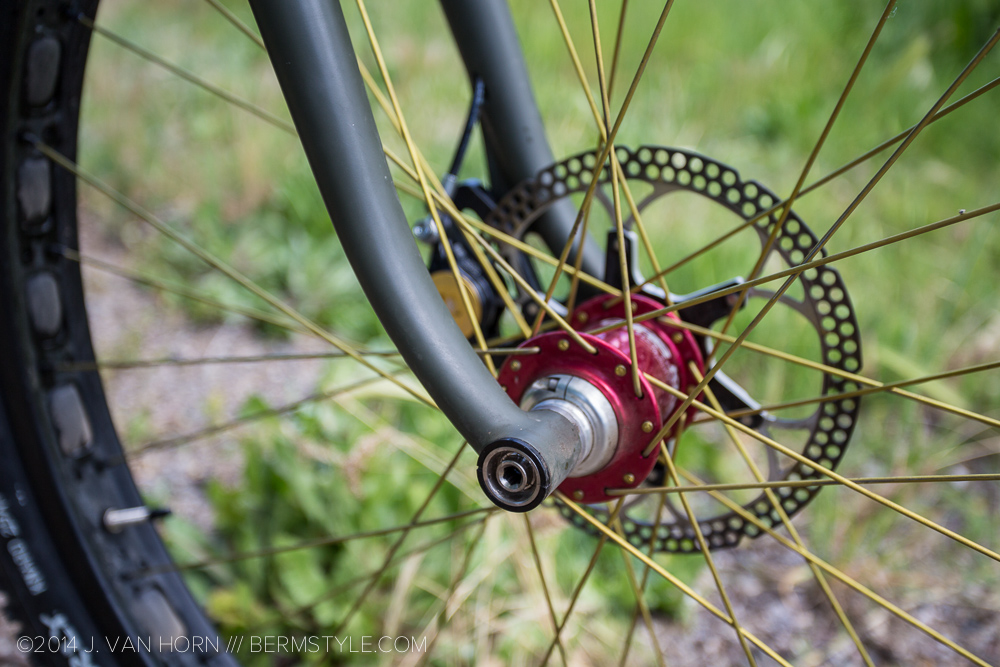 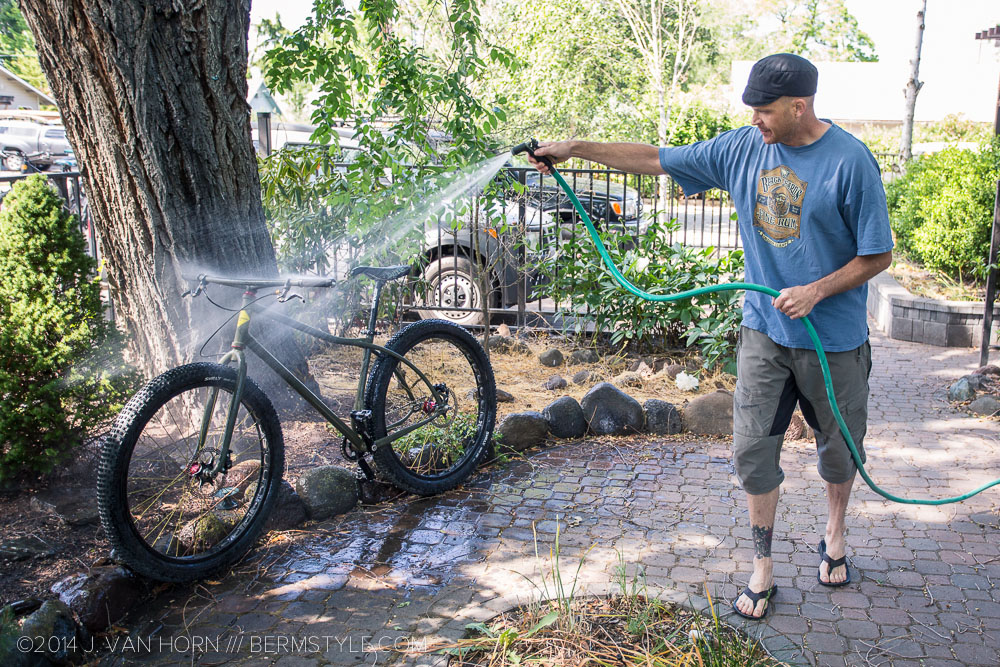 Fred’s Chubby (heh) gets a bit of post-ride love.

Air pressure on these bikes is tricky; there’s a sweet spot riders aim for where the tires provide some relief from the trail. Run too much pressure and they bounce off of things like a ping pong ball. Fred runs his tires set at about 10PSI. 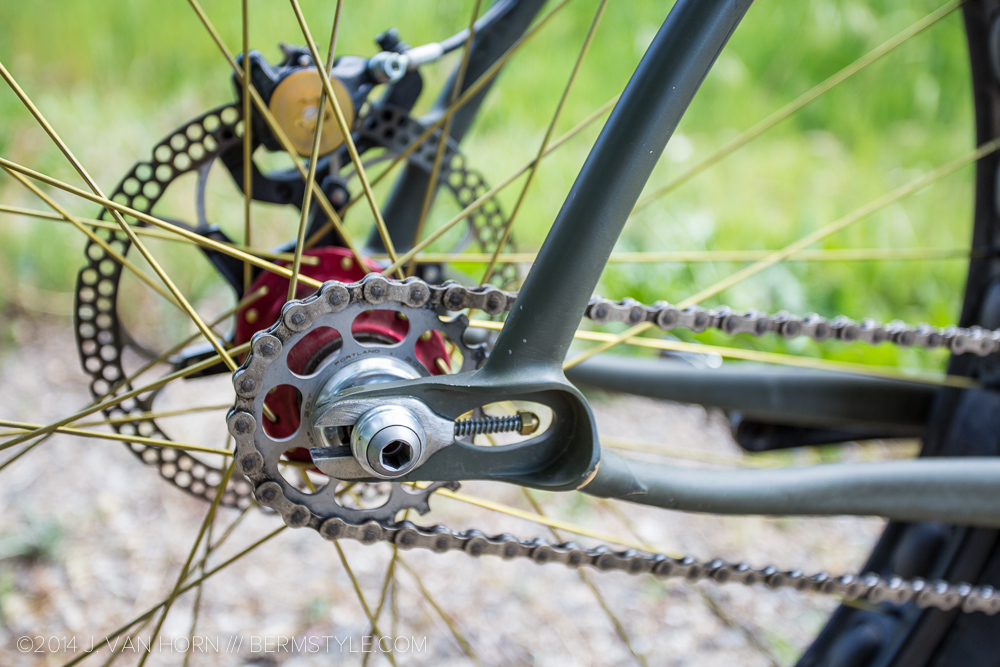 Other notable components include:

Check out more of Fred’s work at WolfhoundCycles.com

Q & A with Wolfhound Cycles: the Retrosled