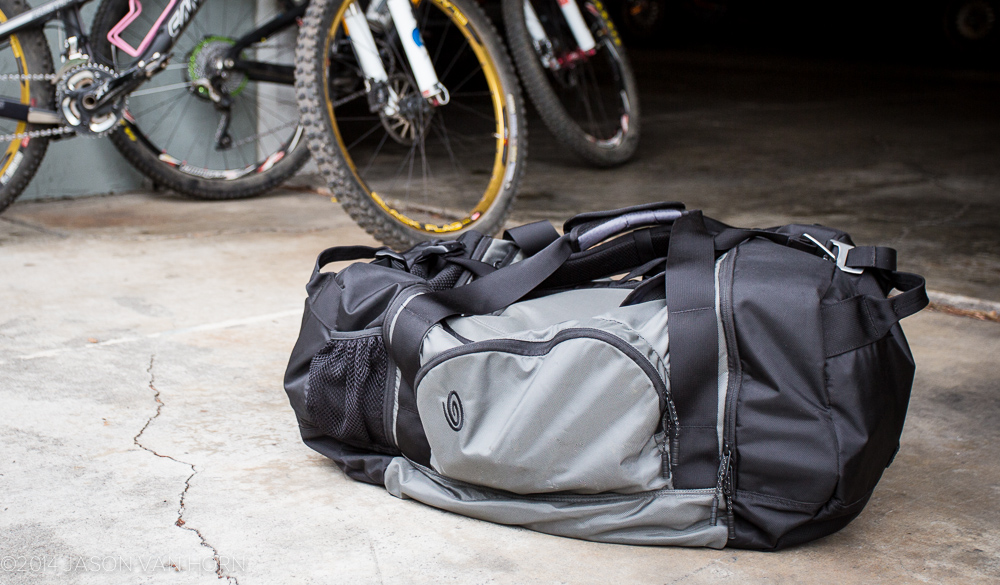 Living in the city kind of sucks sometimes. An urban living situation for most means apartments and stairs, lots of stairs. (I hate using our elevator) Unless I’m pedaling directly from home base, loading bikes and gear in the car can be a challenge with multiple flights of stairs to traverse. My loading ritual consists of stacking gear and bikes outside our door, then running up and down three flights of stairs until everything is stowed in the car. Honestly, it’s a pain in the ass.

Lately I’ve been rocking a cycling-specific duffel bag made by Timbuk2, a well sized duffle with a unique feature that goes a long way to improving this loading process. 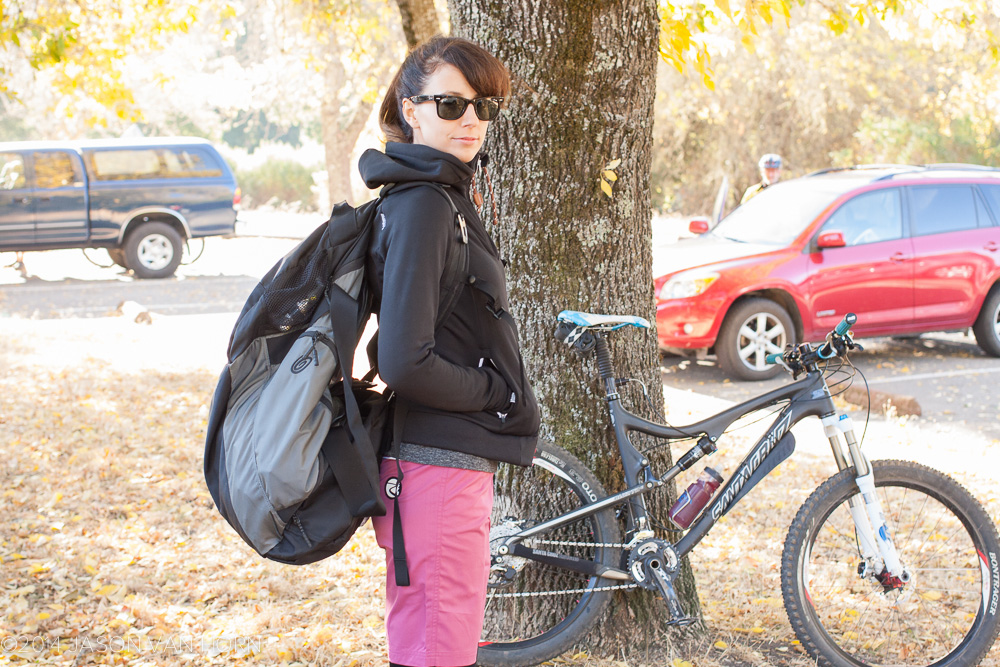 The Race Duffle worn as a pack.

The addition of backpack straps from goes a long ways when carrying gear and a bike down stairs and getting out the door quickly. Most duffle bags feature a single strap which can be a challenge when negotiating doorways with a bulky bag while walking a bike and a cup of coffee. That said, you won’t be confusing the Race Duffle with a proper back pack anytime soon. It doesn’t quite classify as a backpack/ duffle bag hybrid due to a lack of structure to the bag; it sags strangely unless it is packed to capacity. (see photo above)

Because of this, it can be uncomfortable worn for long durations as a pack unless you load gear carefully. The pack straps also come off easily as they’re simply hooked on, which can be frustrating at times. These are all small gripes which could easily be improved in a different version though, and would expand the usefulness of the bag. As it is, it wouldn’t be my first pick to fly with. In Timbuk2’s defense, they actually make a duffle back more suited to this purpose, the Wingman. (you don’t get the cool compartments perfectly sized for your helmet and shoes though) 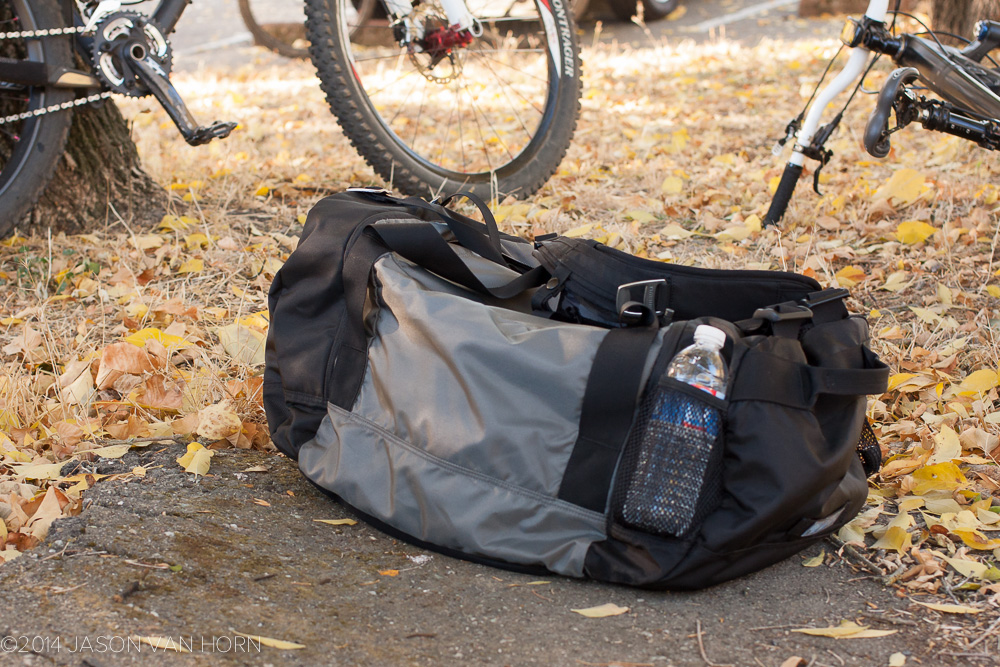 The duffle has two water bottle slots which do a good job holding bottles in.

However, as a weekend or bag for day trips it works as promised. Like the packs in the Timbuk2 line, it features a bottle opener on the straps, which turns out, gets used quite often. There are also two slots for water bottles which do a good job of retaining bottles. I’m often using one for water, and the other to tote my coffee cup to the car, and find them extremely functional.

Timbuk2’s Race Duffle comes in two sizes, small and medium. I went with the medium version, and I found the capacity to be a good size for toting gear for a day on the trail to a weekend of riding and travel. It has enough pockets to keep things well compartmentalized; it works well enough that I find myself storing gear in the bag between rides as well.

The main storage consists of three main compartments. I utilize the largest compartment for my ride and post ride clothing. One fits my helmet, gloves and glasses. (and occasionally goggles if we’re going enduro-style) The other is dedicated to shoes and dirty clothing. A smaller outside pocket is great for items you need quick access to, and an inside mesh pocket in the main compartment is super useful as well. 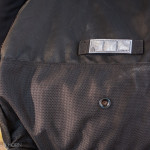 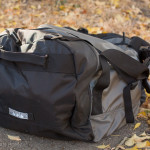 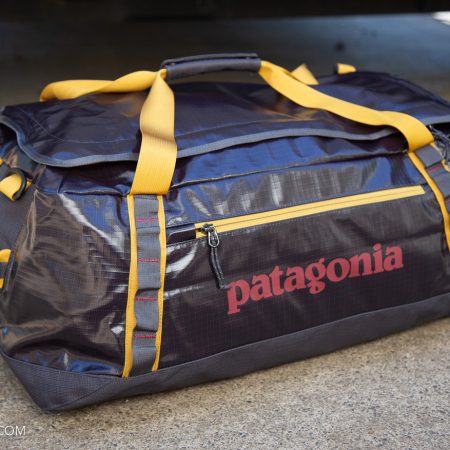 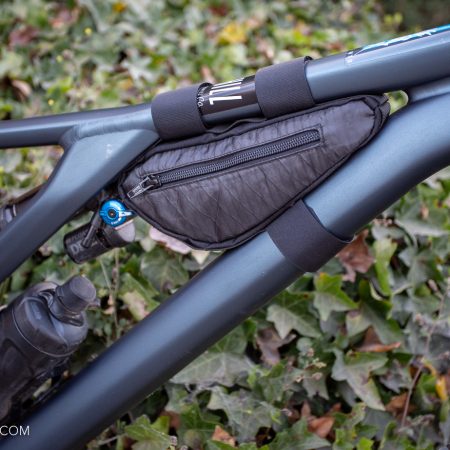 Lighten Your Load with the Fernhill Co LTL Frame Bag 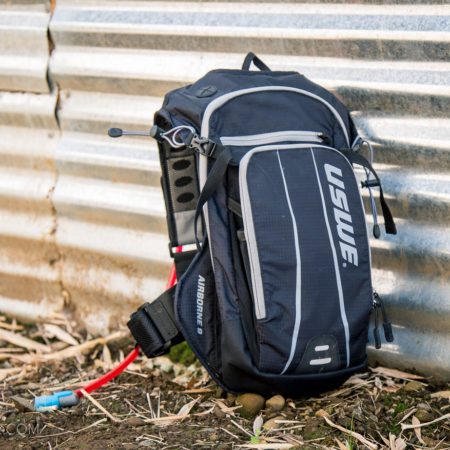 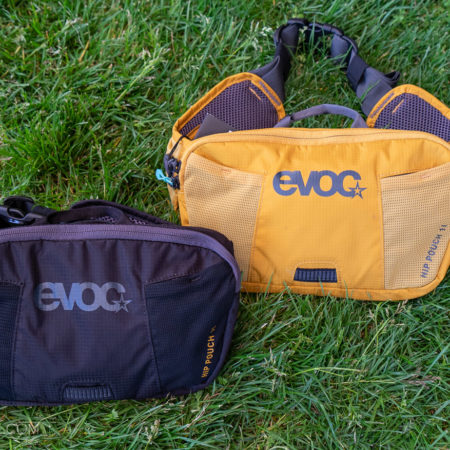