The Renthal Duo is a great looking stem. When I first saw it, I was enamored with its innovative and minimal design and had to try one. Mostly because it’s wicked light and it looks sweet.

The most unique feature of the Duo is the approach they took with the design. CNC machined from a block of aluminum, Renthal chose to construct the Duo in two halves (hence the name) in order to remove all the material deemed unneeded. 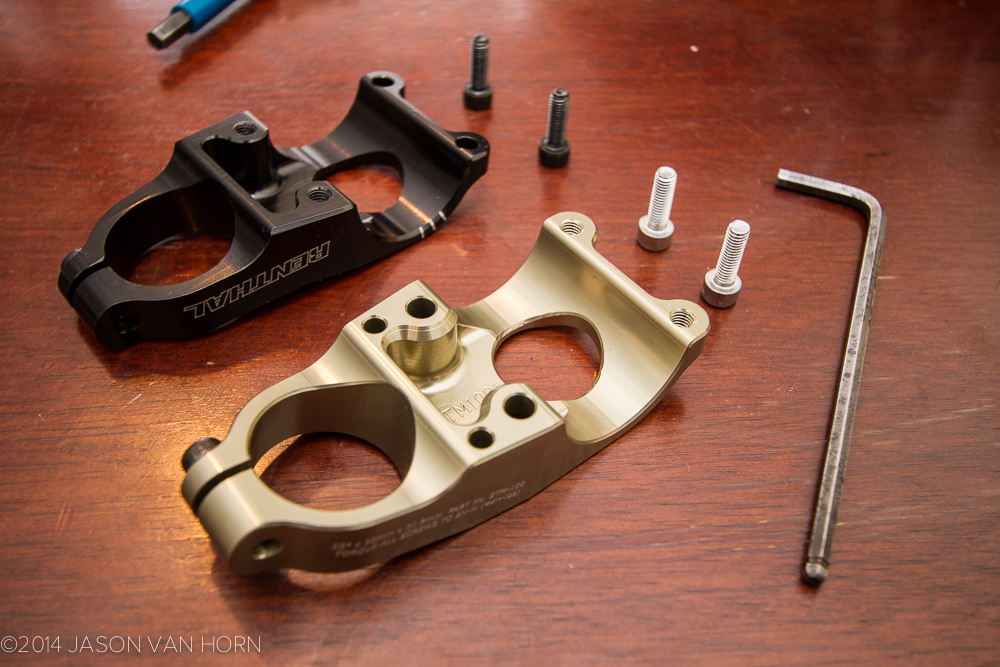 The u-shaped cradle lets them go lighter with a minimal amount of material, and does the job well. Because of the unique construction is you’ll want to take a bit more time with the installation and really make sure you get your bar sweep dialed in the first time, as Renthal is quite specific in the order the bolts are torqued.

On the trail, the stem held the bars tight and input to the bars was responsive and without flex. 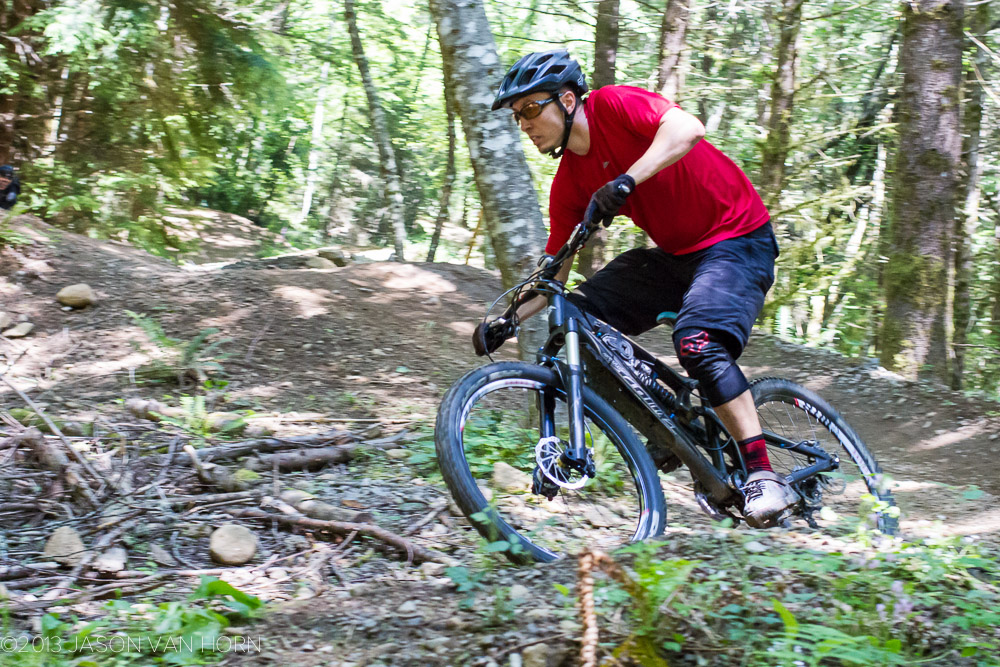 At the Sandy Ridge Trail system near Portland, OR

My experience with the stem did have a downside though. It developed a creaking noise that made me extremely nervous. A creak coming from the cockpit of your bike when you’re pinning it down burly terrain is anything but confidence inspiring.

I’m apparently not the only one that has experienced it either. According to this online forum thread, others have had the same issue. I tried reinstalling it and the creak remained.

Needless to say, I wasn’t down with it. I had considered just getting rid of the stem completely but decided to shoot an email off to the marketing manager at Renthal first to see if it was a common issue, and what they said.

Here’s what he recommended:

The first thing to do is to strip, clean, re-fit and re-torque all parts.

I’m happy to report that after following the instructions to a T, the creak is non-existant, and I’m able to concentrate on just riding the bike. Fast. The stem is light, stiff, and works like its supposed to. And matched the gold accents of my Nomad. 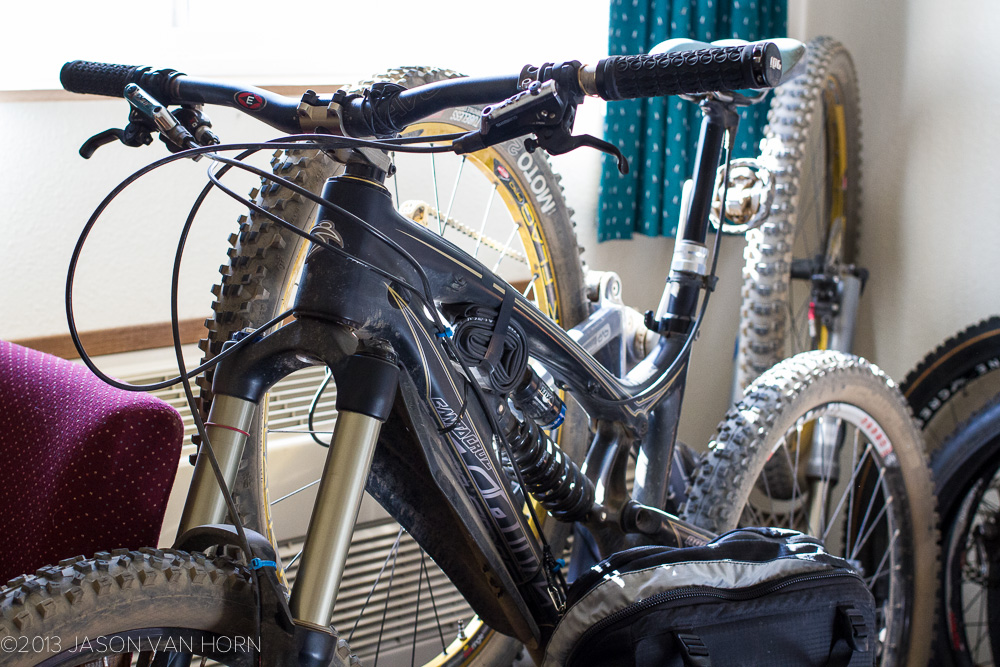 After a week long MTB Trip, the creak came back. I’m guessing the dusty trails and dirt jumps of Bend, Oregon initiated the noise, but it could have been the mission to Squamish, or run after run at the Whistler Bike Park too.

However, this is a bit more effort than I’m accustomed to when it comes to a component in my cockpit. A creak from my bike freaks me out, so at this point, tired of dealing with the noise, I pulled the stem off the Nomad, and slapped it on the front of my 29er— a Santa Cruz Highballc. 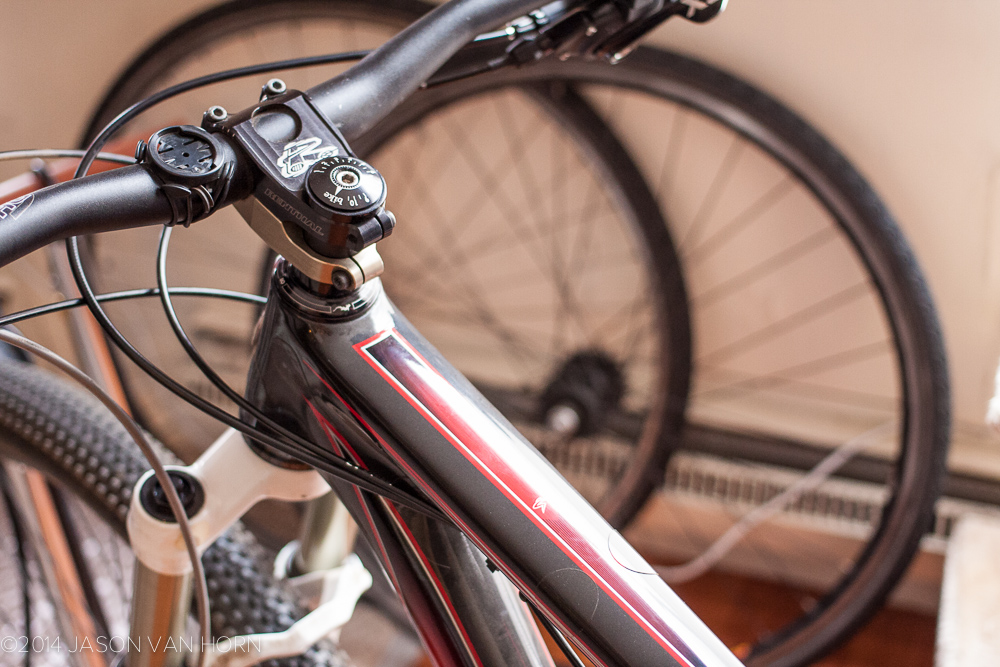 Installed on my Highball 29″ Hardtail.

I’m happy to report that the stem has been rolling creak free since then, and has been for the last 8 months or so. —And that’s all I ask. I’ve brought the subject up with other riders I’ve seen running the stem, and it doesn’t seem to be a consistent issue, so there’s that. I’m not sure I’d buy another one, but it’s currently in the rotation in the quiver, and damn, it looks cool. 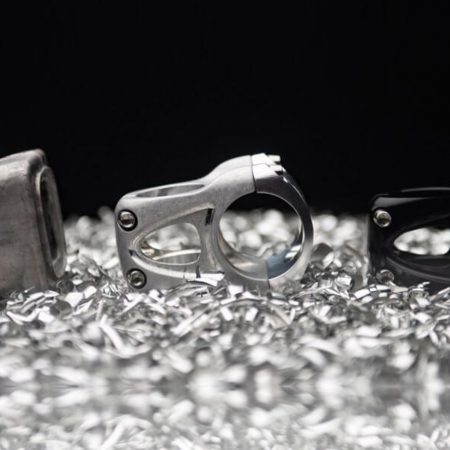 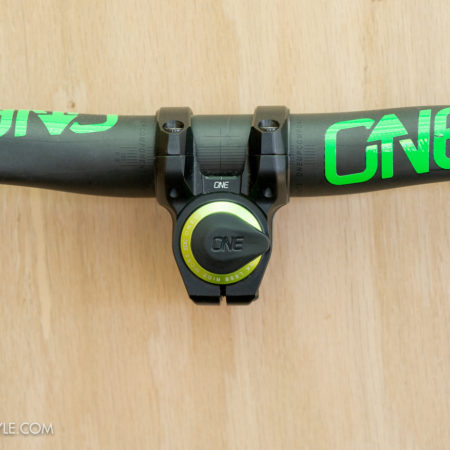 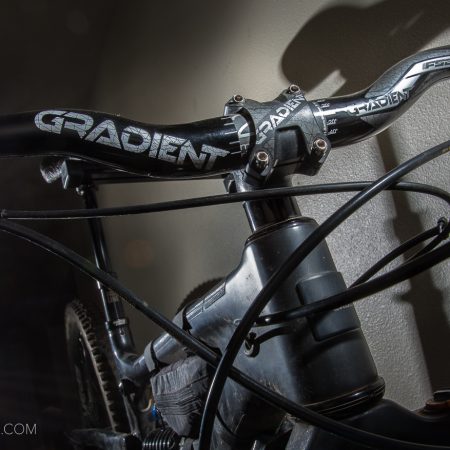 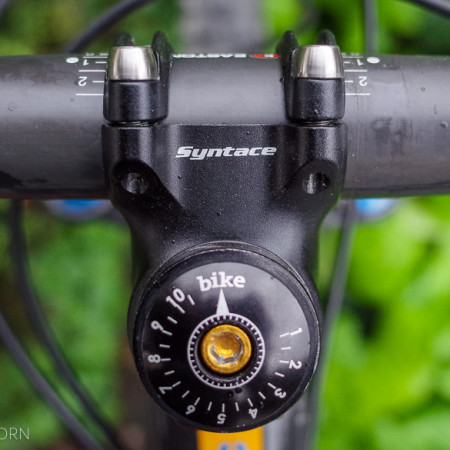