I’m a fan of softshell jackets with a closet full of them to prove it. I’ve got riding jackets, a few hoodies and anoraks laying about, and even managed to get a bike friendly mack-style riding jacket produced at the company I work for based on a concept and graphite scribbles in my sketch pad.

Although I’m not a trained fashion designer, I have to admit I occasionally harbor secret aspirations of having my own line of technical gear. It lead to rebranding this site, and is the root of my obsession with riding gear, and how I ended up employed as a photographer at Betabrand, a clothing company in San Francisco. One of the most note worthy aspects of Betabrand is that anyone can submit a design to potentially be produced. If enough people vote on a concept, it moves forward to the prototyping stage, and is offered up for crowdfunding. If successful, it ships several weeks to months later. 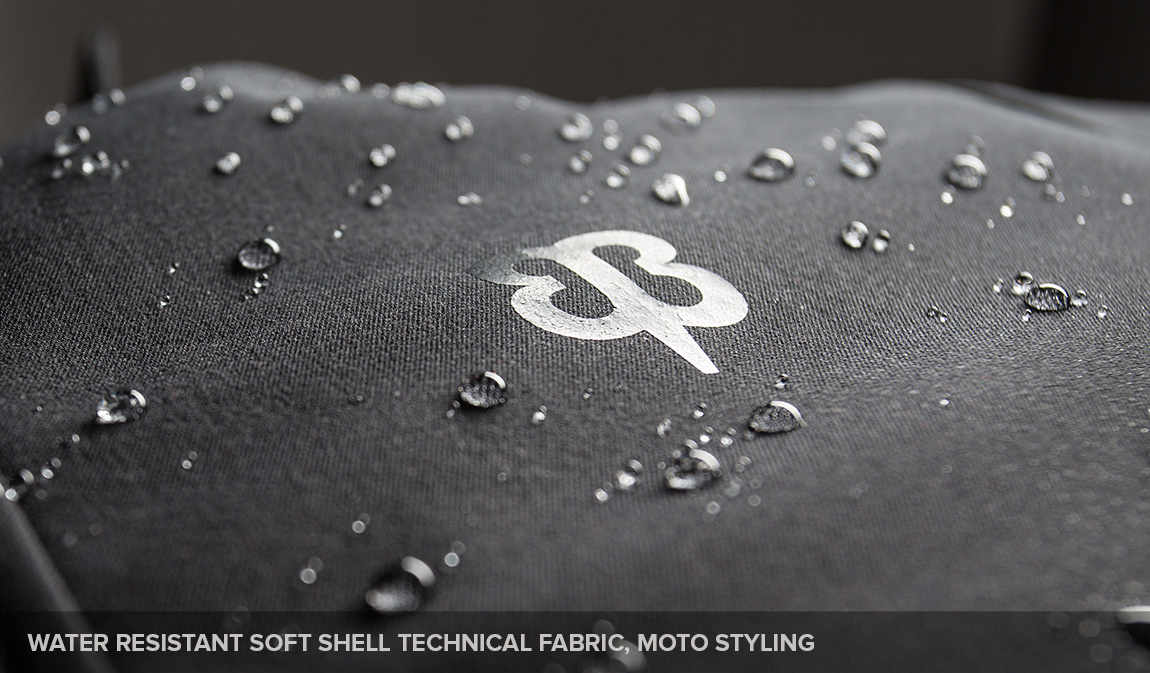 My first effort at a non-conventional soft shell jacket (with design input and assistance from Betabrand designer at the time, Per Erik Borja) was called the Bike to Work Jacket: a commuter friendly water resistant softshell with the styling of a mackintosh jacket that can be dressed up or down. It features a zip-off hood, mesh vents and reflective pull-outs for visibility at night. It took over a year and a lot of convincing to get it into production, but it was successful enough to release a second iteration, even considering it was initially released in the height of summer.

I harbor an obsession of owning a closet full of bike friendly clothing, and my latest jacket concept takes new approach to the often generic looking REI-style softshell.

Take one part moto-style, add a street wear sensibility molded with my favorite softshell technical fabric to get this: 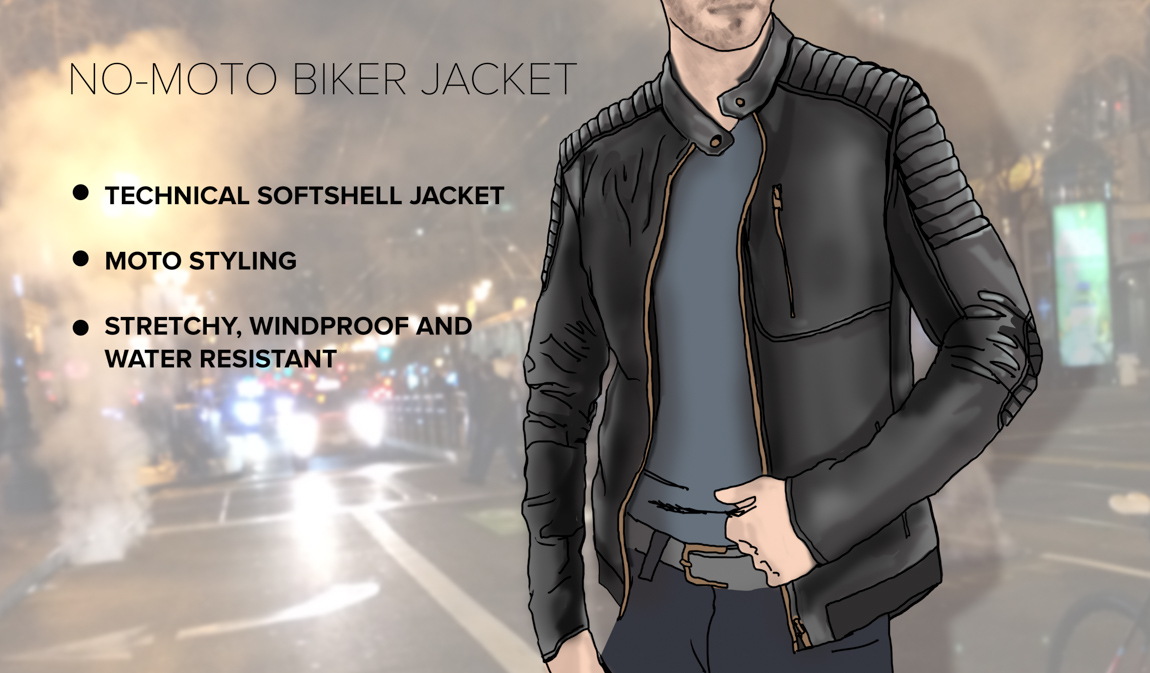 I Photoshop reel good: The No-Moto Biker Jacket. Ok, maybe it could use a better name…

My first sketch and rendering took the form of a garment flat, and had a stronger moto feel, but upon a bit of reflection I thought it might look too much like Wolverine’s movie uniform. Ideally the piece will be considerably more streamlined, as softshells can heat up when active, and it needs to be utterly compatible with life on a bike, and in a pinch, I’d be rocking it on my mountain bike even.

That said, it’s definitely not a summer piece, and better suited for spring or fall.

If you’re down with the concept and would be curious to see what a prototype would look like, check it out, and click vote on Betabrand.com.