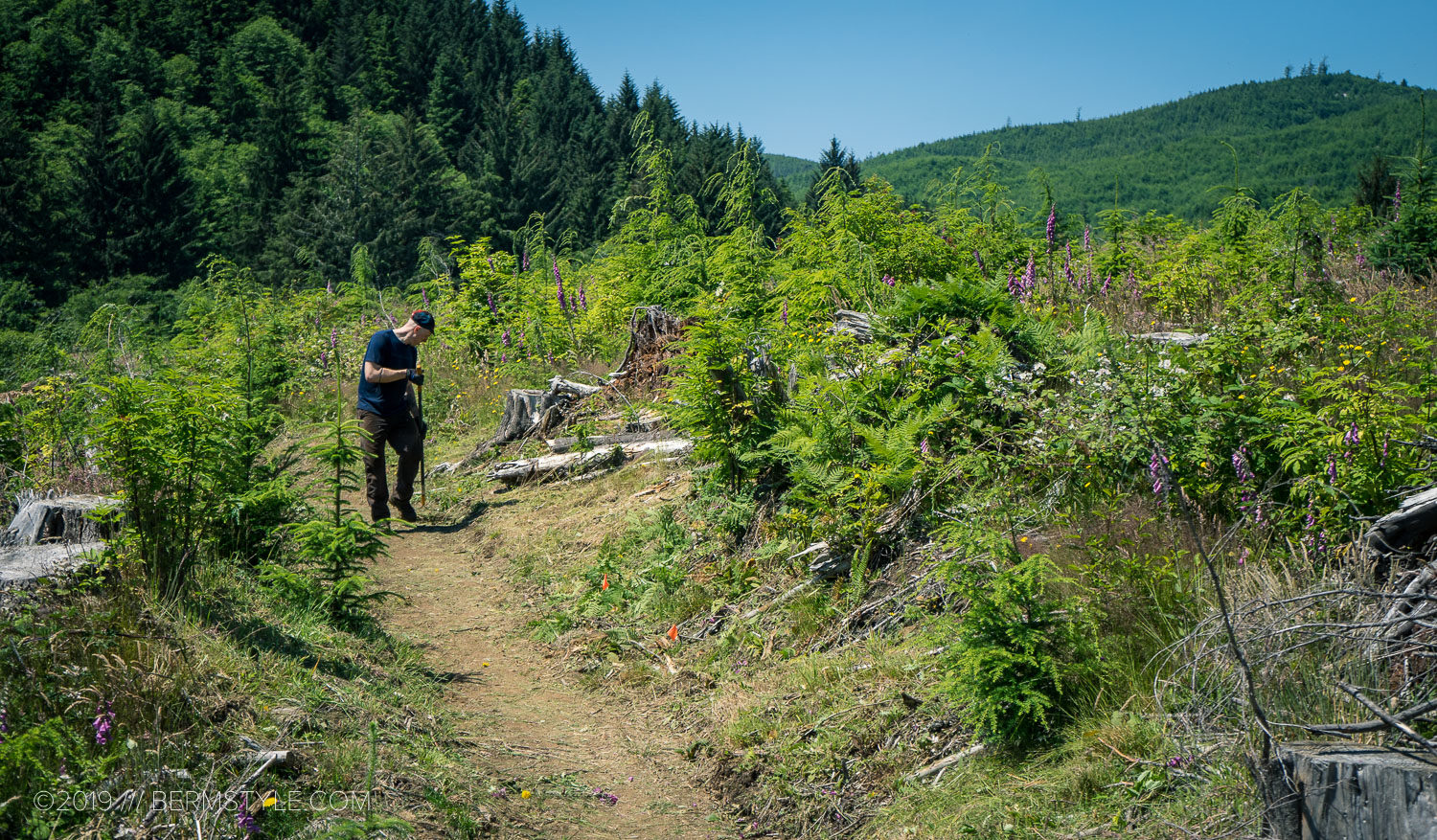 Things grow fast here in Oregon, so regular brushing is a big part of the maintenance of trails.

If you didn’t know where you were at, the freshly cut trail we’re on could be located anywhere in Oregon. However, unlike the tame, often boring/stale/humdrum heritage trails that wind through many of the forests in the state, a smile hasn’t left our faces since dropping into the single track off the gravel access road. Undulating up and over inclines, careening around and between trees, I’m overjoyed at the thought that there is — at last — legitimize mountain biking on the northwestrn tip of Oregon. 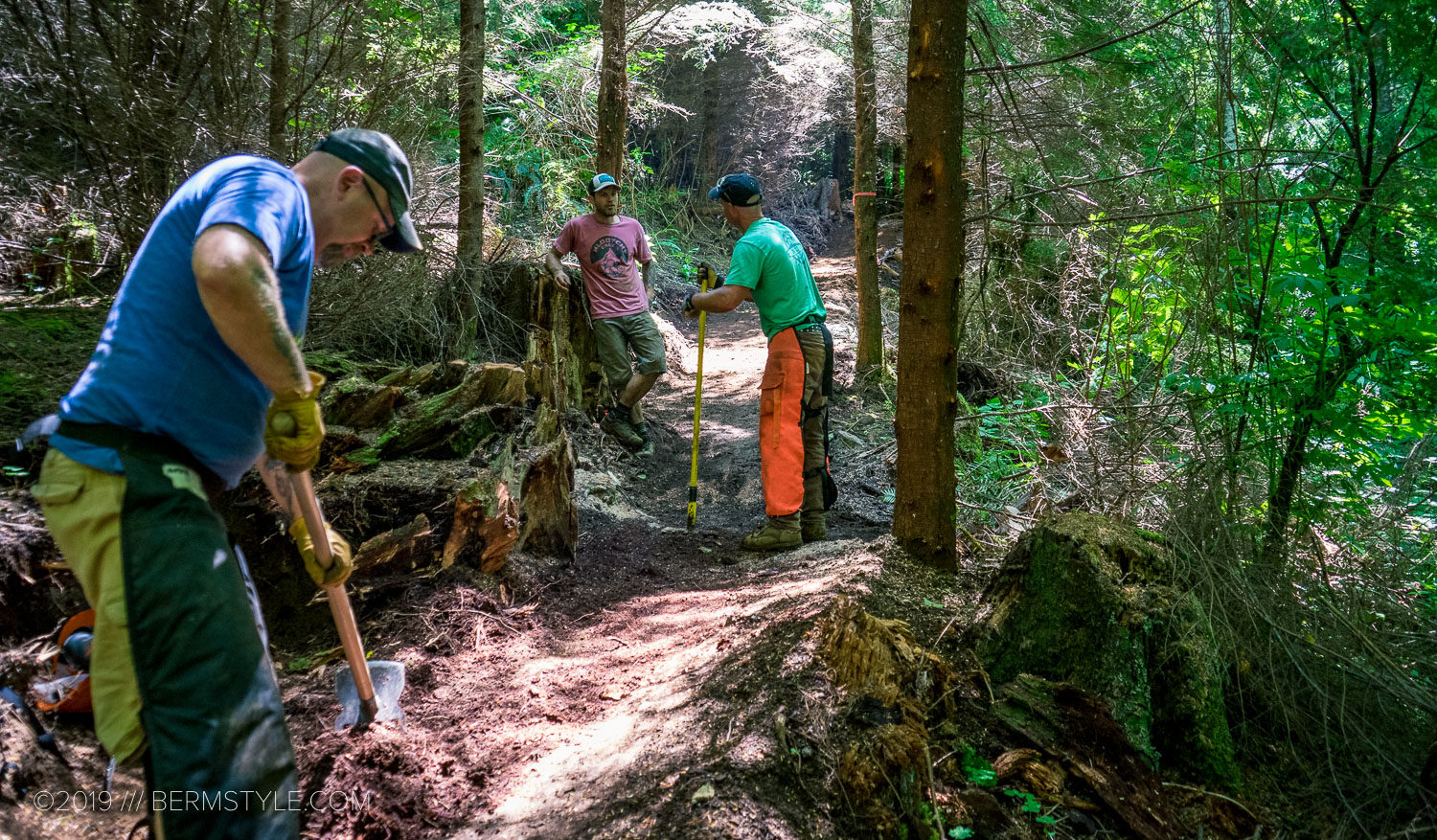 Narrow pinch points like this heighten the feeling of speed on the Klootchy Creek Trails.

The trails could be half as good as they are, and I’d still be delighted to know there’s a decent place to ride on the coast that isn’t optimized for a road bike with large knobby tires. That said, the guys on the coast get it. Although there are only four miles of trail in the ground to date, it feels like a lot — there aren’t a lot of throwaway sections of trail. Instead of boring straight line cuts that only serve to get you somewhere else, each meter of trail feels purposeful, leading you to the next turn, roller or the occasional jump. And when you discover Mo’ Flow, one of the purpose-built descending trails, this feeling amps up exponentially, riding more like a roller coaster or downhill BMX track. 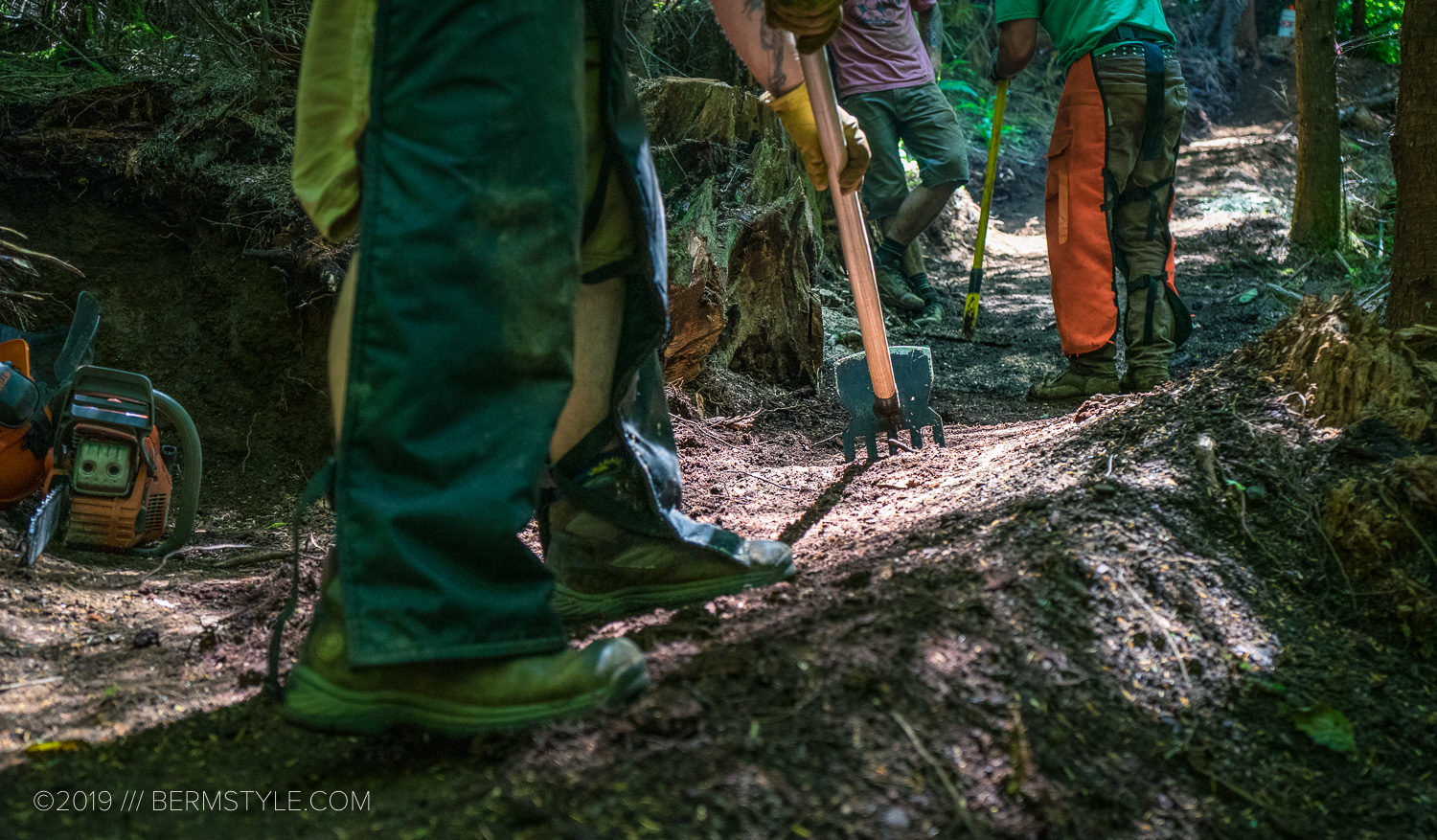 Just look at that loam.

This is a legit mountain biking experience – the kind that keeps you on your toes all the way down the hill, preparing for the next turn or roller with a surprise boost to the next landing. 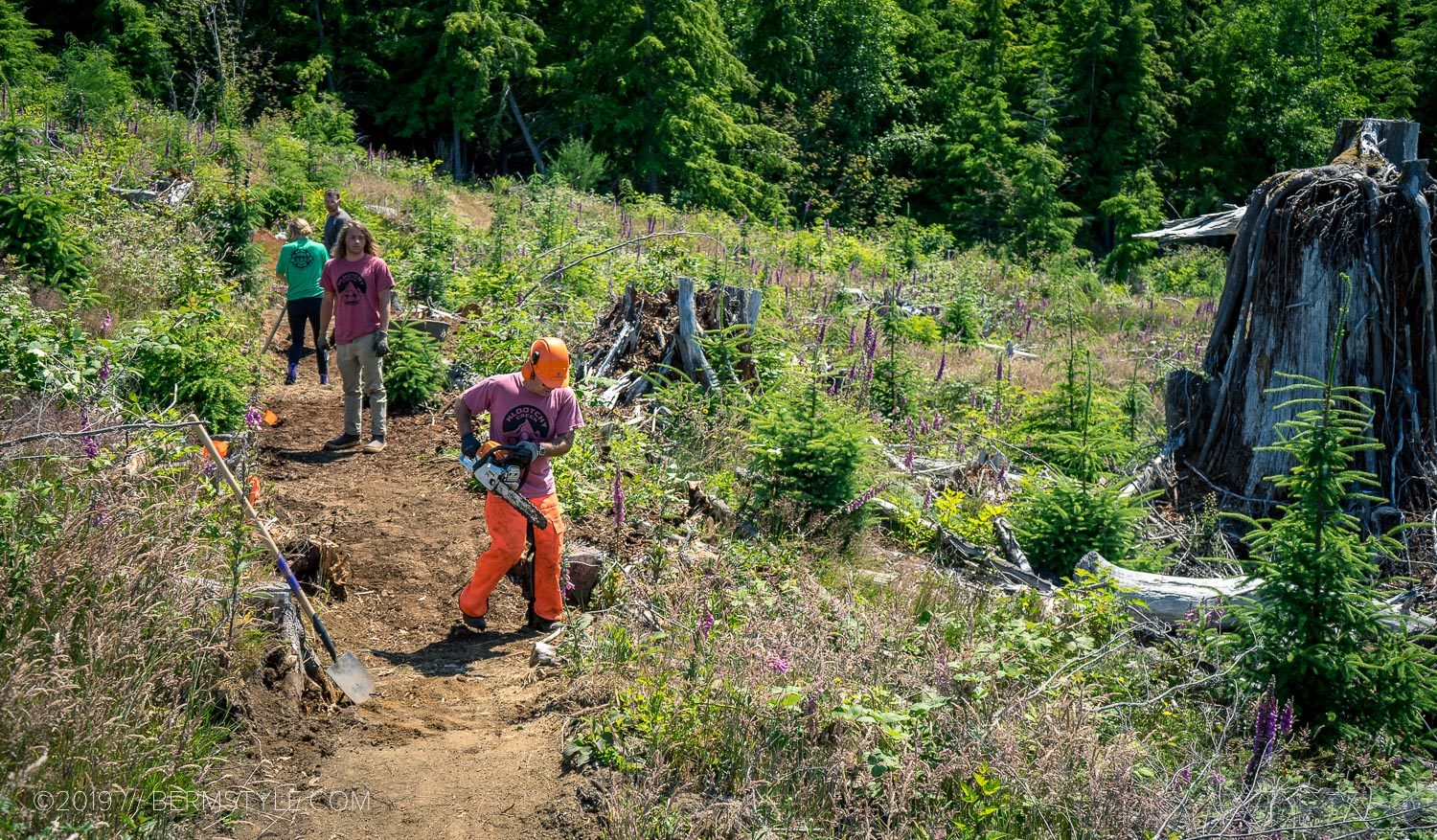 This is as much of a straight line as you’ll get – a short break to set up for the next turn.

We had our first look at the Klootchy Creek Trails in February. We’re finally back to see what the seemingly untiring volunteer builders have been doing and amazed at how much this group of unpaid volunteers has accomplished. Since breaking ground, the building has been going non-stop. Morgan Soller, one of the primary architects of flow, has logged over 683 hours of labor this year alone. And although the overall mileage is still low, the four miles of trail in the ground is more than replay worthy, meaning those four miles quickly turns into 8, or 12, with each lap down the trail better than the last. 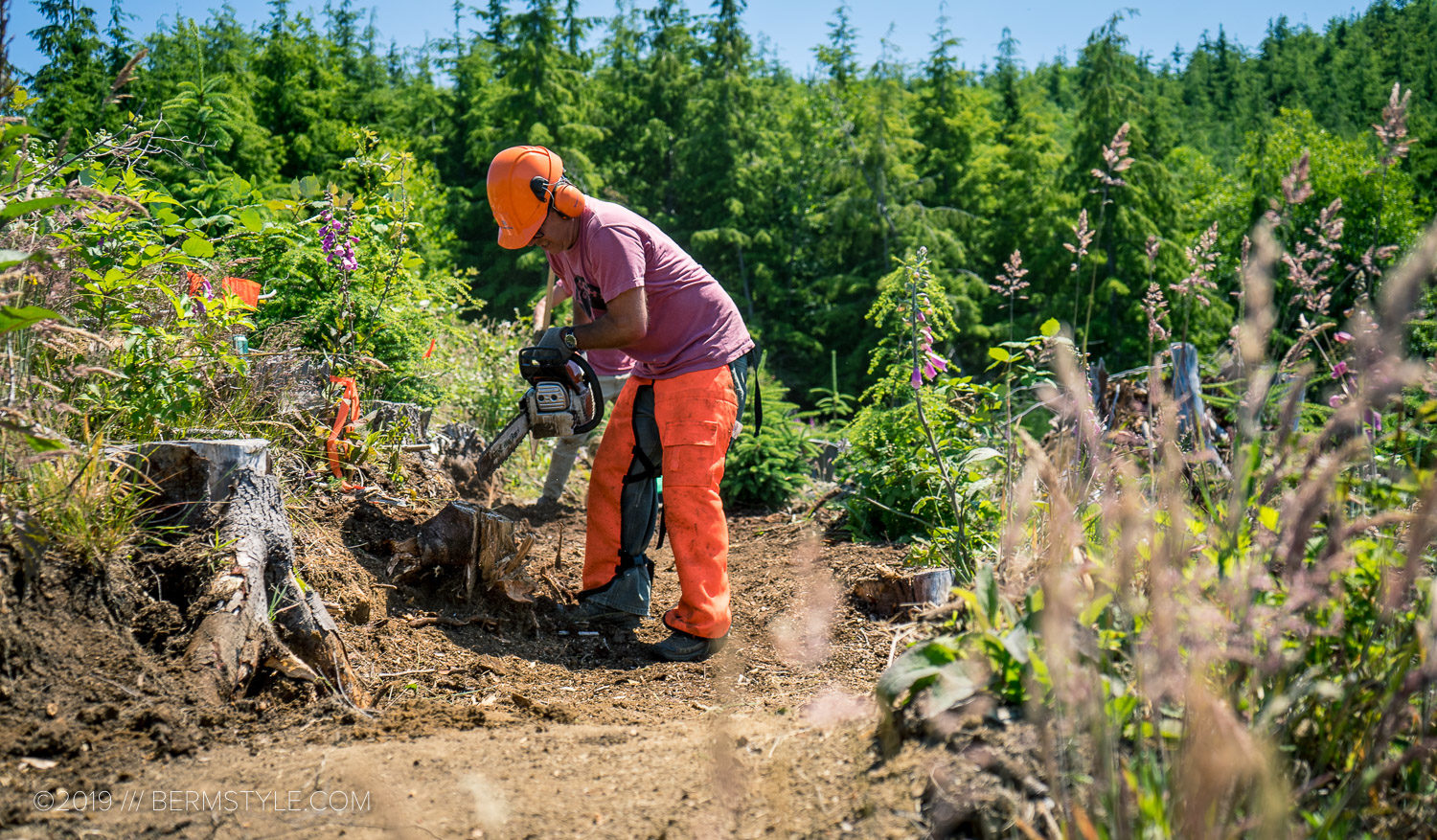 The crew was hard at it, removing those pesky pedal-catchers that can ruin a day of riding.

We’ve become somewhat addicted to riding fresh trails – a past time that began during our stint as Trail Specialists for IMBA almost a decade ago now, and one of our favorite weekend activities is traveling to see the work and achievements other riding communities have accomplished. Experiencing these new trails and that raw feeling before full compaction has taken place is liberating as your fly down the hill with abandon, knowing that your tires are adding to the long term users experience. 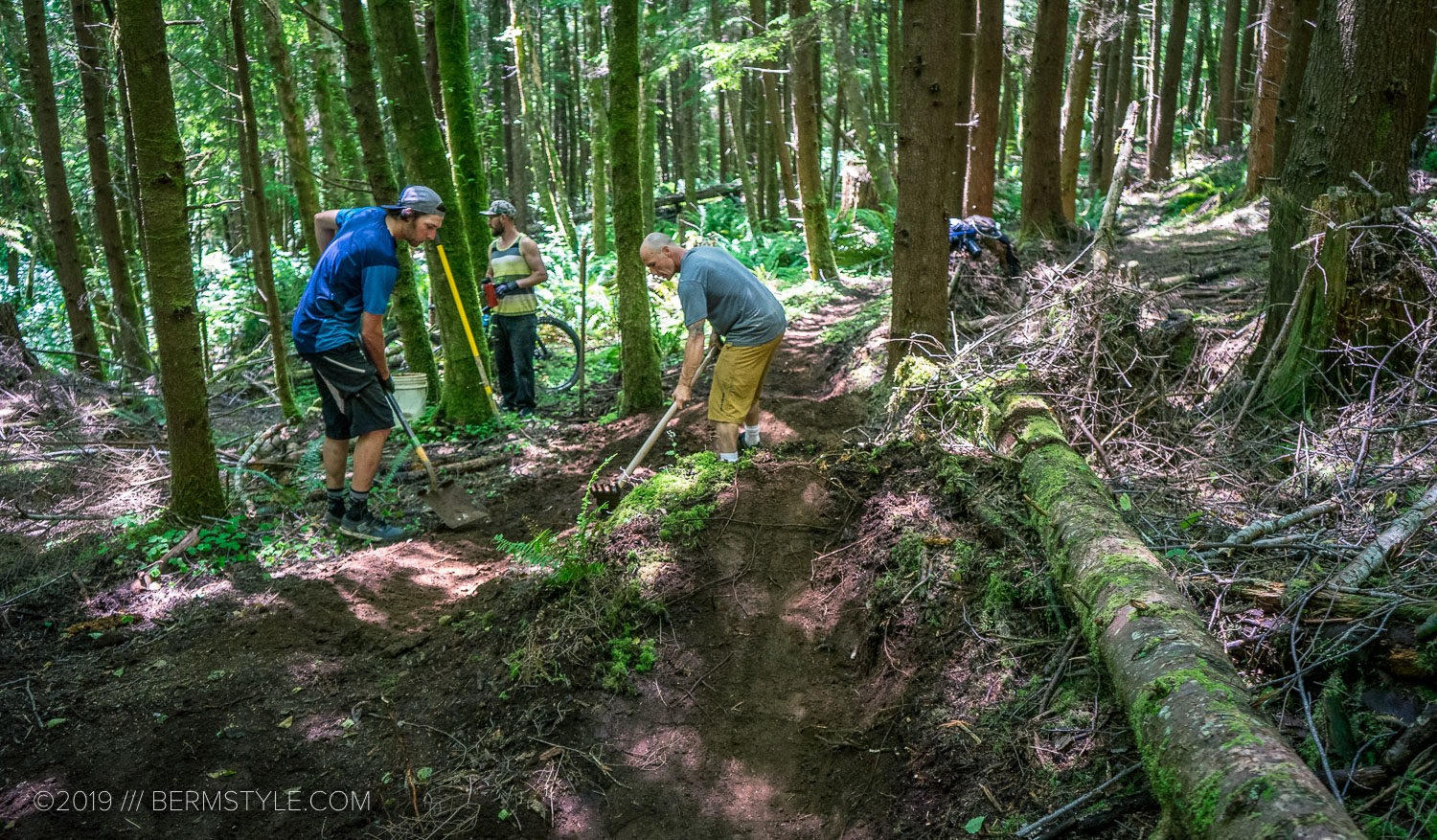 I had the honor of guinea pigging this fun B-line option that utilized the natural terrain — but first I cleared off some of the moss covering the soil underneath for a safe and consistent take off.

The first six trails are already listed on Trail Forks, though Mo’ Flow doesn’t open for a few more weeks, the descent down Defibrillator and Chris-Cross was more than worth a few trips back up the hill. And while you might scoff at four miles of trail, after a few laps that included a shuttle and personal tour with the trail designers we drove home with the energy level on “E”. (hence the lack of riding images in this post, stay tuned for trail update #3) 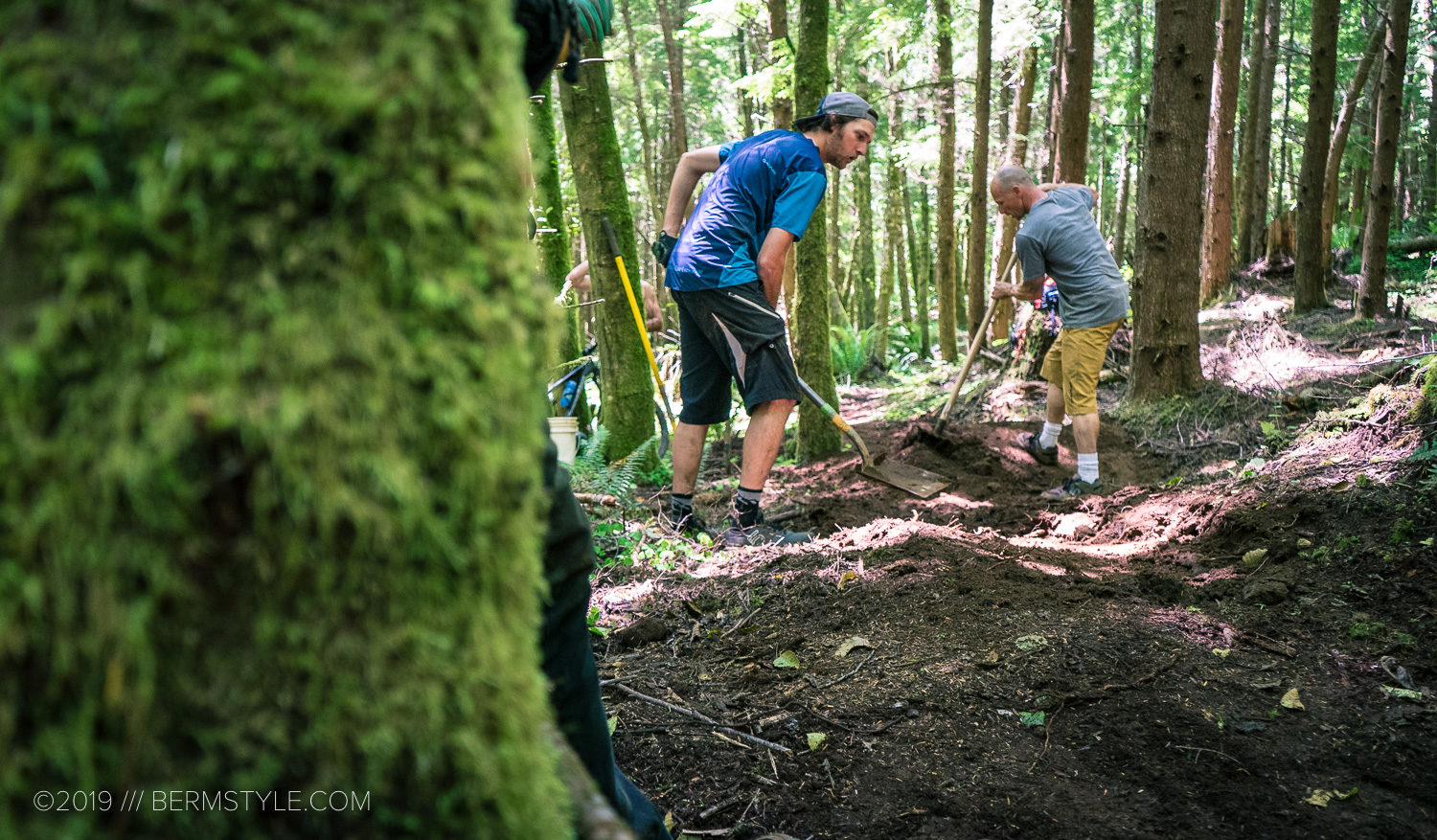 Building up the landing to remove the harsh-edged knuckle to keep things safe for all skill levels.

We’re working on our next YouTube edit featuring Klootchy Creek trails, so if you haven’t checked out our new channel, subscribe now so you don’t miss it. For more info on the North Coast Trail Alliance, and the Klootchy Creek Project and how you can help, check out www.NCTrailAlliance.com

A no-cost recreational access permit is be required to ride trails and recreate on Greenwood Resources Managed Land. (register for your free permit here)