It’s been a while since I’ve picked up a new set of clip-in pedals. I’ve tried a number of different pedals in the past, but for some reason I always come back to Shimano SPDs. Having one cleat to fit all the different pedals on all the bikes I own (not to mention the shoes) is a big part of the reason. The other reason is that Shimano pedals are probably the most durable and bombproof component on my bikes. With a minimum of maintenance, my SPD pedals have kept going. And going.

Because of my riding style, I mostly run the clipless pedal model with a platform. An old foot injury means I like having solid footing underneath, and being of the downhill clan, Shimano DH pedals have been longtime favorites. However, now I’m riding a sweet plastic all mountain rig, I’m starting to feel the need to drop a few pounds. (both on the bike and me) Pedals are an easy spot to do it, and the new generation of Shimano trail pedals look pretty sweet. And with that, I picked up a pair of the new M530 All Mountain Trail pedals.

Like all Shimano mountain pedals, these work with the standard SH51 cleats which are included. Since I already have SH51s bolted to my shoes, it was just a matter of bolting these on and we were off. Labeled the entry level trail pedal at the Deore level, these are possibly the best clip-in pedal on the market today. And with a listed weight of 455g, they’re only 55 grams heavier than the much more expensive XTR M985 model. Yep- those 55 grams will cost you about $200 more to shed.

They are a great compromise between the the DH pedals and light weight of a minimal pedal, with fewer moving parts than the models it replaces. The best part is I just dropped 113 grams over my M647 DH clip-in models, and didn’t even notice a difference on the trail.

The Shimano PD-M530 pedal; a bit scratched up after a weekend of riding.

Initially I was set on the badass new XTR trail pedals. However, in the end I went with the new M530 models. As previously stated they’re a bit heaver than the XTs and XTRs, but at around $65 or so they’re a steal, especially since the XTR model retails for about $200 more. Since all my extra cash this year has been going straight to credit cards or the new motorbike fund, going with these was a no-brainer.  Although these are billed as the entry level trail pedal, I don’t notice a significant difference in performance when compared to my other SPDs.  And due to the trickle down tech in the new high end, these are a substantial upgrade from the old PD-M545 model. (567g pair)

It would be nice if these were offered in a raw or silver model, (the M785 has an extended silver area near the cleat area to keep the visible scratches to a minimum) as the scratches depicted above occurred after the first weekend of riding. Either way, I can’t really complain, since the cage is integrated into the pedal body, these pedals are likely to be even more durable than the previous models, and bang for the buck, these pedals can’t be beat. I wouldn’t be surprised to see them popping up on hybrids or city bikes as well. 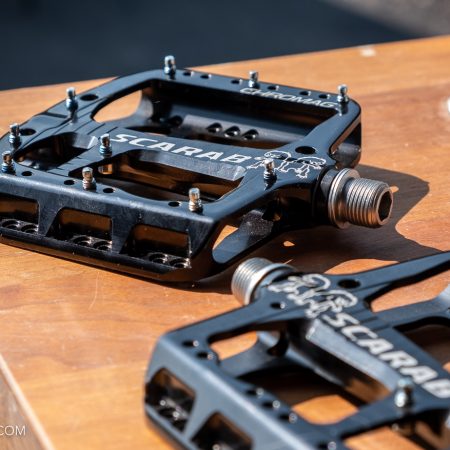 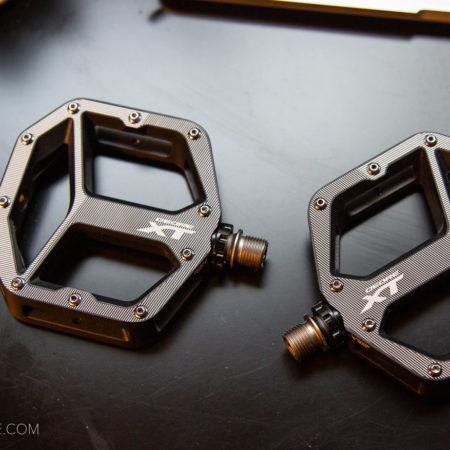