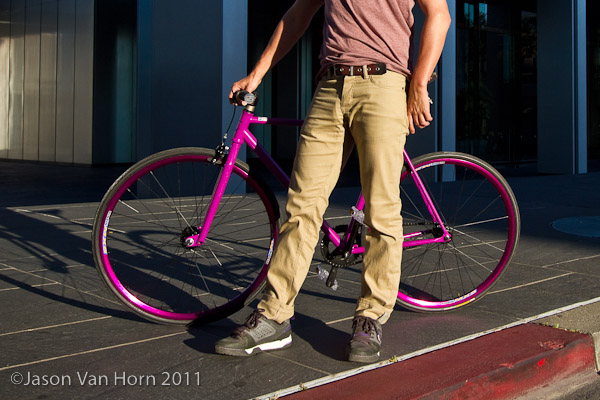 Fixed-gear bikes have been around for years, and remain one of the most easily accessible cycling experiences to new urban cyclists due to their low cost of entry. Like single speed mountain bikes, purists love them for their simplicity, if not the hipster stigma that comes with it. Like them or not, they are practical, inexpensive, and fun to ride. With so many single speed road bikes rolling on the streets, it was only a matter of time before larger companies took notice and began creating products that serve this niche. With the arrival of Levi’s new 511 Commuter line of trousers, Levi’s appears poised to take the cycling market by storm. Or at least the cyclists that can pull off the skinny fit look.

Based off their popular skinny fit jeans, the pants utilize a stretch fabric in both denim and khaki iterations. A number of bike-centric features including a u-lock holder, a cell phone pocket, and reinforced seat area add credibility to the effort, complete with  reflective tape on the inner cuffs to add visibility after dark. However,  the big sell of these trousers is the NanoSphere technology found in pants price at twice the price. The light tan nanotechnology fabric utilized in our test sample is known for its water repellant qualities and is treated with a antimicrobial coating to boot. 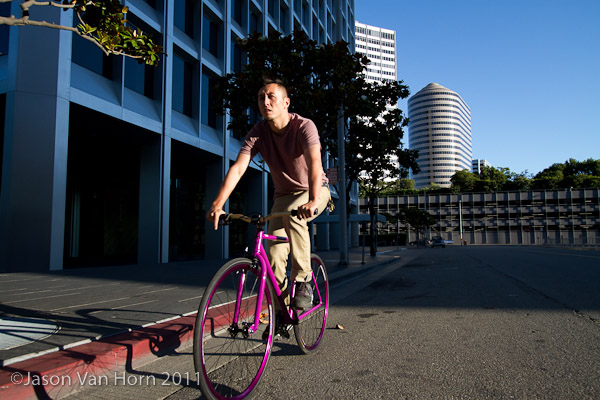 Rolling the streets of Oakland wearing the 511 Skinny Commuter Jeans by Levi’s.

Thankfully we haven’t had to test out how effective the water resistance is yet, but our highly technical and scientific squirt-gun tests show that water beads up and runs off without saturating the material.  Having experienced many wet rides home in the rain, this feature looks to be huge.

The pants are also extremely comfortable to wear and ride in, even when we pedaled across San Francisco twice in a day. In fact, now I’ve been exposed to stretchy denim, my regular denim jeans have been left behind. Comfort wise, they nailed it.

We’re also fans of the interior cell phone pocket that fits an iPhone perfectly. It is nice to know that additional scratches on my screen will be avoided, although my current phone is beyond hope. One feature that didn’t get a bullet point in the Levi’s marketing assault that really deserves it is the inner loop hidden under the left side belt loop. After closer inspection, it appears that every belt loop has it. Whether it was intended or not, I’m super into it, and with the snug fit, having my keys out of my pocket is huge. 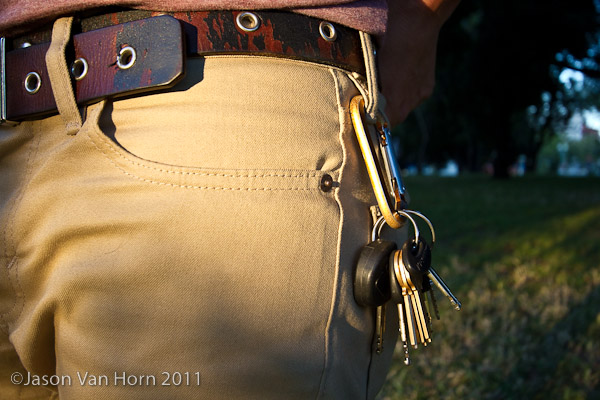 The inner loop holds a carbiner with keys perfectly. Which is good, because the pants are a snug fit.

It’s as if someone that actually wears pants to ride bikes had input into the design and features of the pants! This little detail is one of many that really make these trousers stand out. While they are snug initially, the pants are comfortable on longer urban rides. Even after an all day pedal through the wildlands of West Oakland on a bike centric garden tour, they were dry.

The khaki test sample we have has a stain resistant coating, but after several weeks of riding and hours of saddle time, they are starting to look a bit dirty. That said, it is khaki, and I have yet to wash them. The denim sample we recently received is nice and dark, and the same stains wouldn’t be visible due to the color. I’ve been wearing both pants for weeks, and I have yet to wash them. The pants have a anti-funk coating, and something is clearly working…

Levi’s has raised the bar in the cycling trousers market; or is it that their entry had officially announced the presence of a cycling jeans market? The second sample of the denim 511 jeans doesn’t have as much saddle time yet, and we’ll be following up shortly with how they work for off road applications (on the trails and at the dirt jumps) with pads in the dirt.

The only problem with these pants is the lack of different fits. That and they’re hard to find in person, so you have to order them online. (Levi’s online customer service completely sucks.) I can pull off the skinny fit, but I’d rather prefer a slim. That said, this is a sweet pair of pants, especially at the price. Check them out at Levi’s.com 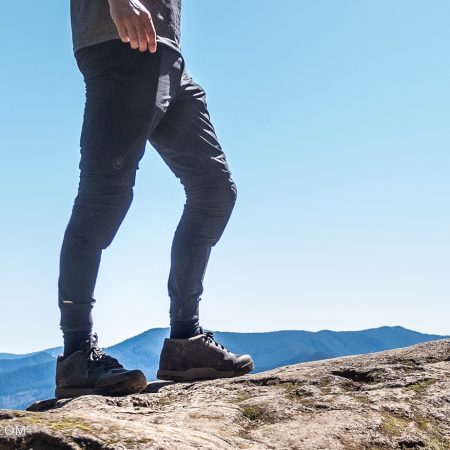 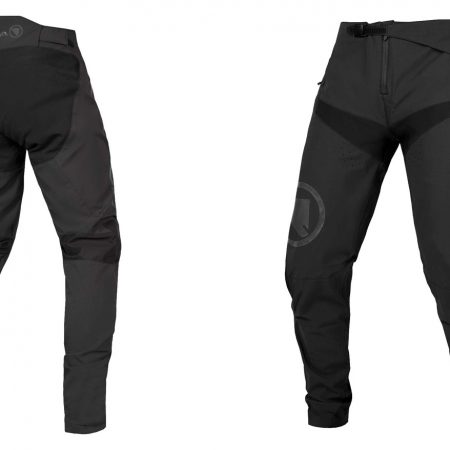