It was only six o’clock in the morning, yet the arctic sun had already risen, casting the sleepy city of Reykjavik in an overcast glow. Though it was the first week of August, there was a damp chill in the air so we donned puffy jackets at the bus stop while awaiting our ride into the Icelandic highlands. We’d arrived in Reykjavik the day prior. After checking into Dalur Hostel, a hostel-café on the outskirts of town, and consuming much-needed coffee, we assembled our bikes, inflated tires, and loaded our frame packs, ready to embark on an epic adventure.

The bus wobbled from side to side as it crawled along one of Iceland’s many unpaved F-roads that would take us to Landmannalaugar and the start of our journey. Shortly after, we crested a ridge and descended into the most beautiful valley I’ve ever seen. It was as if the landscape had been carved by the Gods themselves – rhyolite mountains stained in every shade of orange and red, rising out of the Earth like ancient guardians of Asgard. The lush, green valley was dotted with a collection of green-roofed huts that would serve as our resting place for the night.

Located in the Fjallaback Nature Preserve, Landmannalaugar is a mountain biker’s haven. Trails snake through the hills just waiting to be explored. We chose what seemed like a modest, 5-mile loop, a warm-up for our stiff legs, and set out into the mist. As it turns out, there’s not much in the Icelandic highlands that should be deemed “modest,” and our warm-up soon turned into an all-out grind including several hike-a-bikes up steep, gravel-strewn ridgelines. But the technical descent made our efforts worthwhile, and the hot spring awaiting back in the valley was a welcomed relief for tired legs.

The first day’s journey amounted to 13 miles of rough, undulating glacial terrain. We ascended out of Landmannalaugar into a lava field, its sinister black rocks studding the trail for the next several miles. Living and riding in the PNW, volcanic rock was an all-too-familiar sight, and I’d learned the benefits of a tubeless setup years ago. But my riding partners, both hailing from the Midwest, were still running ye ol’ tubes. I prayed to the Norse gods they let us pass without a puncture.

We traversed ridge after ridge, surrounded by endless, rhyolite peaks and steaming, sulfurous springs. Each ridge was followed by a short downhill that ended in a snow-filled valley. Losing speed in the slush, we dismounted and pushed our bikes up the next hill only to crest another ridge and repeat. Finally, we saw our next hut situated beside beautiful Lake Alftavatn. The descent into the valley was incredibly fast and technical, like plunging into the depths of Hel.

We started the second day with 21 miles and two river crossings ahead of us. Like most rivers in the Icelandic highlands, there were no bridges and fording was our only option. We scoped out what seemed like the best place to cross, took off our shoes, hoisted our bikes onto our shoulders, and waded into the icy flow.

The clouds cleared as we pushed our bikes up a massive ridge. Just one more river crossing and we’d be descending into Thorsmork, literally translated to “Thor’s Forest” and one of the only forested areas in Iceland.

I exhaled a sigh of relief as we rolled up to our next – and final – hut. It was perched on the banks of a massive flood plain, across which loomed the foreboding Fimmvorðuhals pass, a grueling feat that I was pleased we’d be passing on.

Instead of braving the pass, we’d be pedaling out of Thorsmork on the F-road and catching a bus back to Reykjavik – still a considerable 35 miles with some river crossings, but perhaps safer than ascending 3,000 icy feet while shouldering a bike. For all intents and purposes, the majority of our mileage was behind us. We toasted our twelve-dollar beers and thanked Thor for letting us pass through his homeland unscathed.

Our journey through the Icelandic highlands wasn’t easy. In fact, it was perhaps one of the most grueling, character-building experiences of my life. But I wouldn’t trade it for anything.

There’s something magical about Iceland’s wild interior. Perhaps it’s the majestic mountains, the steam billowing from the hillsides, the incredibly stoic yet welcoming people. Or perhaps it’s the exhilarating journey into the unknown, leaving your fate in the hands of the Gods.

About Sam Hultgren:
Hailing from the Midwest, Sam found her love for mountain biking on the shores of Lake Superior. She started tackling the techy trails of Duluth, Minnesota on her mom’s rigid-framed 1990 Trek Antelope. Since then, she’s graduated into both bigger bikes and bigger terrain, transitioning from primarily cross-country to trail and enduro-style riding after moving to the Pacific Northwest in 2018. When she’s not consumed by her corporate career, you can find her riding Portland’s local trails, training for her next mountain bike endeavor, or planning her next bikepacking adventure. 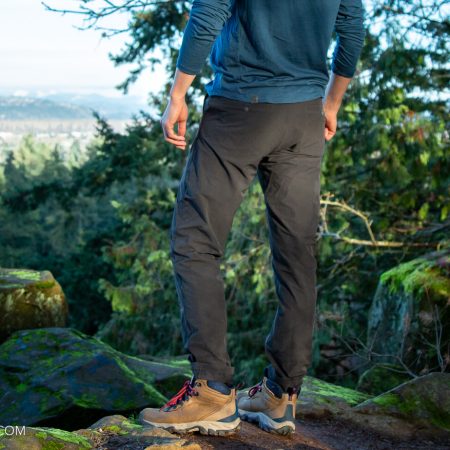 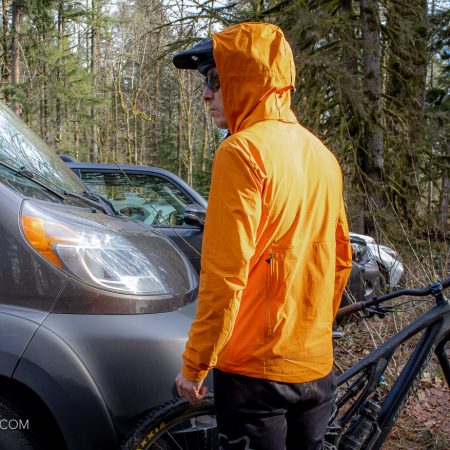 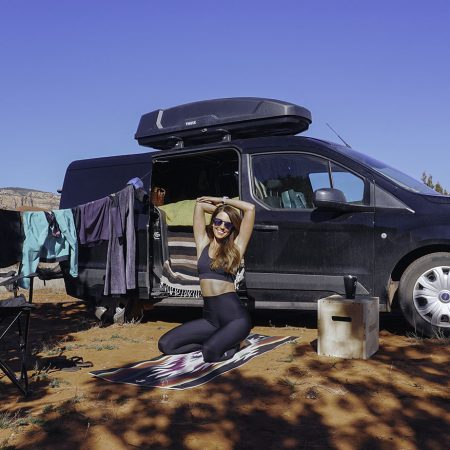 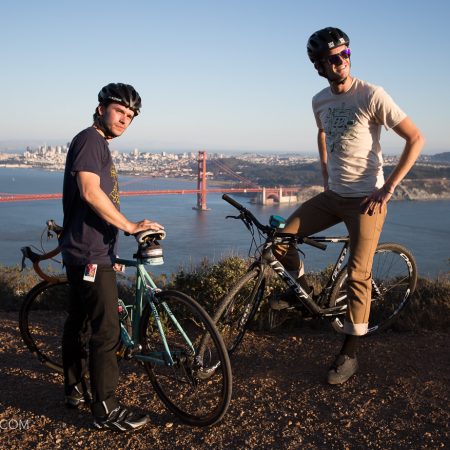