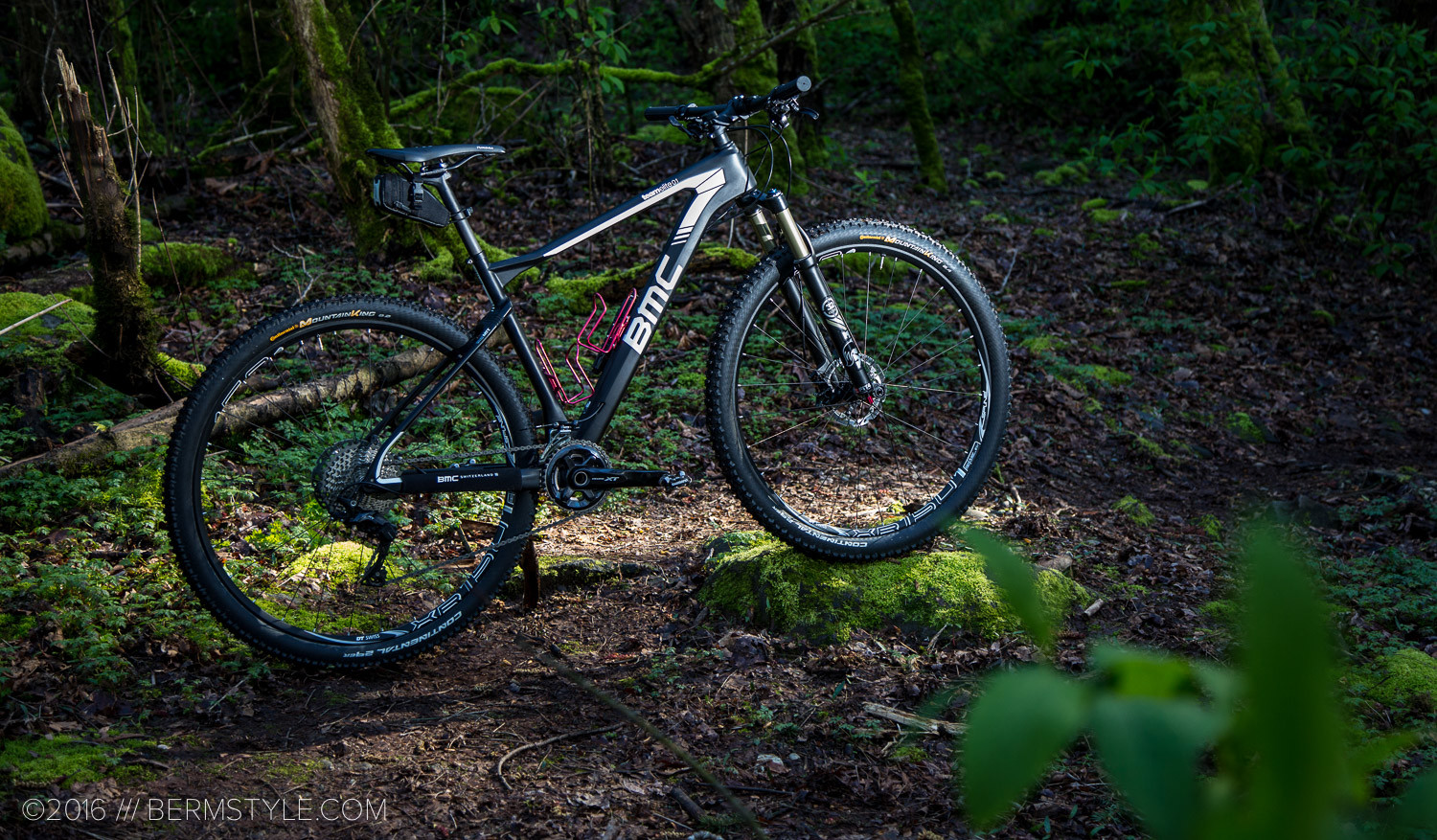 When Bermstyle Fashonista Inga Beck was looking for a light weight cross country race whip, the 29″ wheeled BMC Teamelite was on a short list of contenders. Like the others on our list, it features 429mm chain stays. (For us Americans 429mm translates to under 16.89″)

In our book, anything sub 17″ qualifies as “short”, especially when 29ers with 17.5″ chain stays are still common. In comparison, the numbers of the BMC should result in significantly improved handling over the dated geo of many of the competitors. 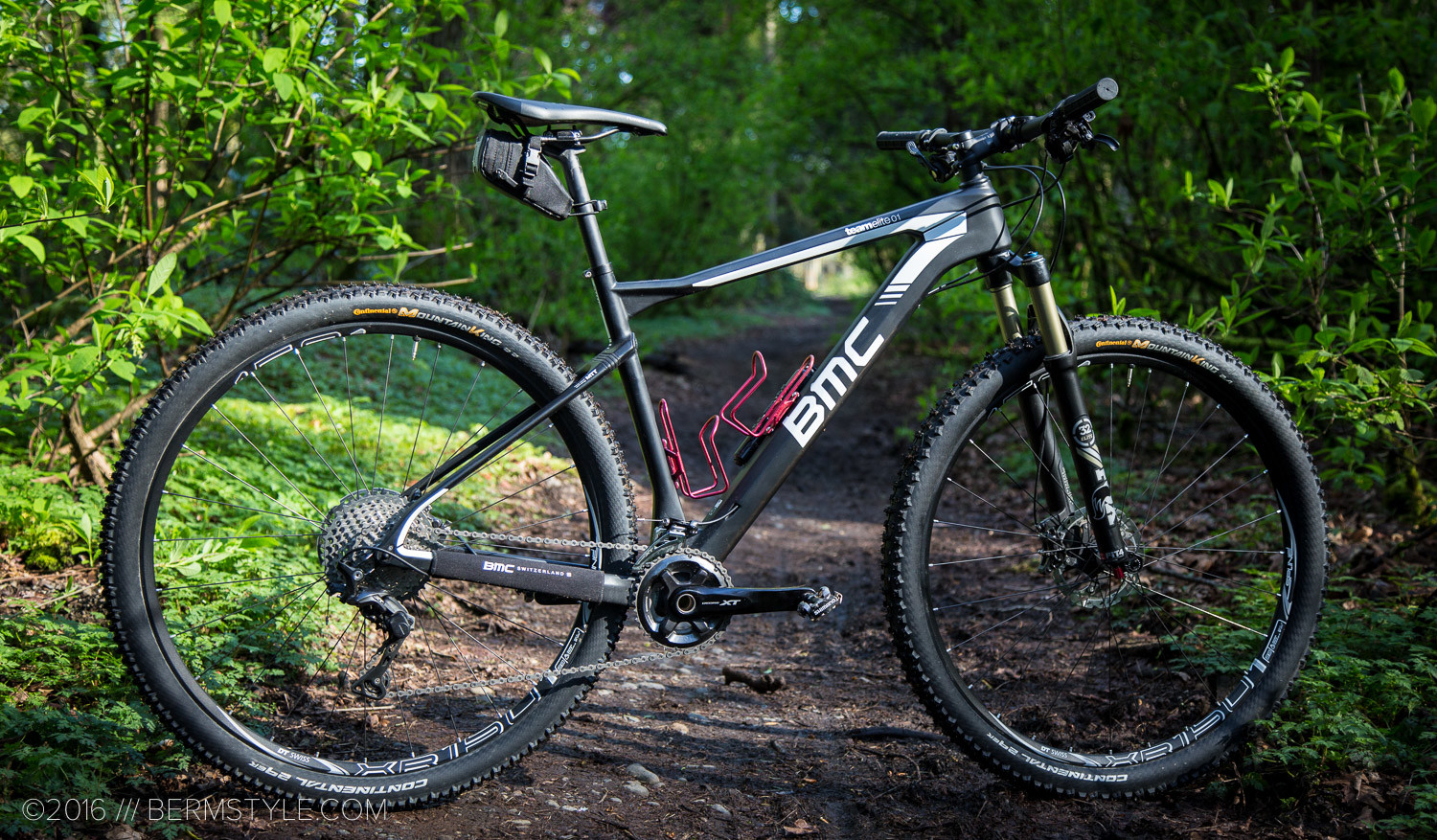 Ready to ride with cages and saddle bag housing tubes and levers.

While the rear center measurements are quite impressive, the unique feature of the Team Elite is actually BMC’s Micro Travel Technology. Also known as MTT, the Micro-travel technology function incorporates a dual-guide, integrated XCell damper. Adding rear end compliance while retaining stiffness and efficiency, the Team Elite is in essence a soft tail, and old idea that apparently is new again. (Not to be left out Trek has released a frame utilizing a similar concept.) 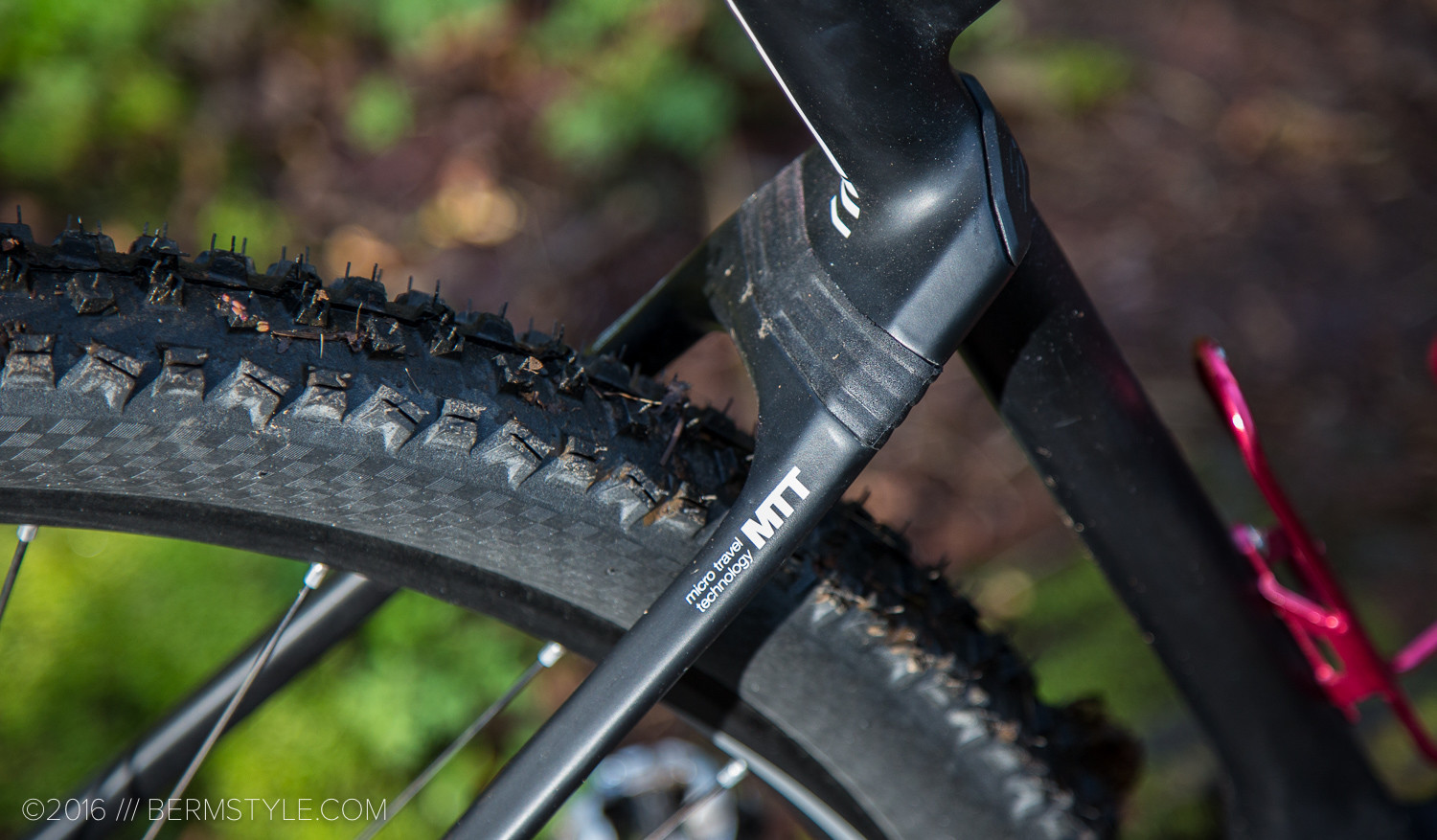 The team at BMC explain it in this clip:

The frame can be tuned by swapping out the dampers, and includes two other elastomers of various stiffness. It isn’t a full suspension, but 15mm of rear end movement should more than take the edge off while retaining the minimal heft of a light weight XC whip. 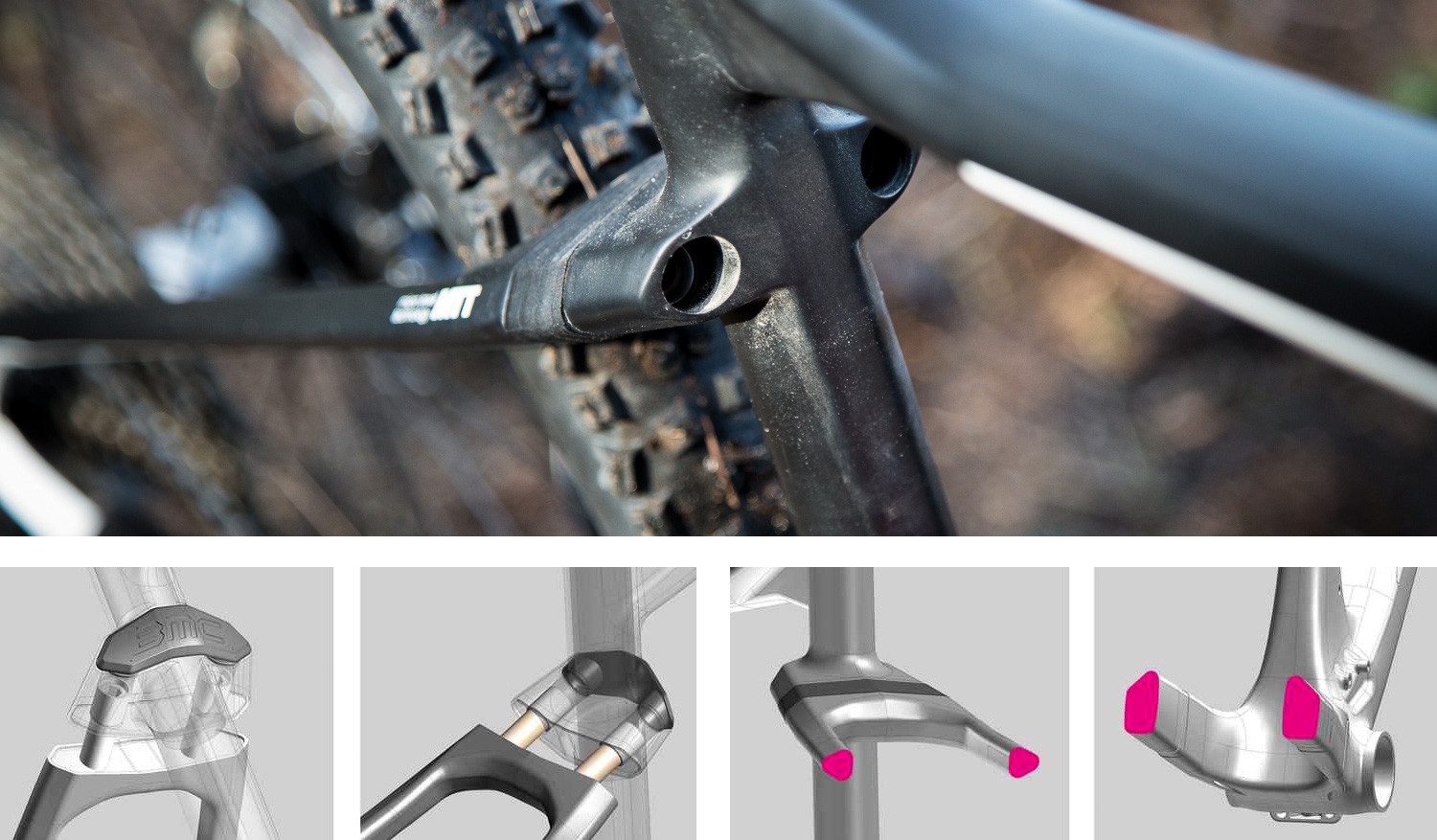 BMCs Micro Travel Technology adds compliance to the rear of the bike while maintaining rigidity.

If you aren’t looking for it, the elastomer isn’t that noticible, and the bike maintains the unique aesthetic BMC has become known for. 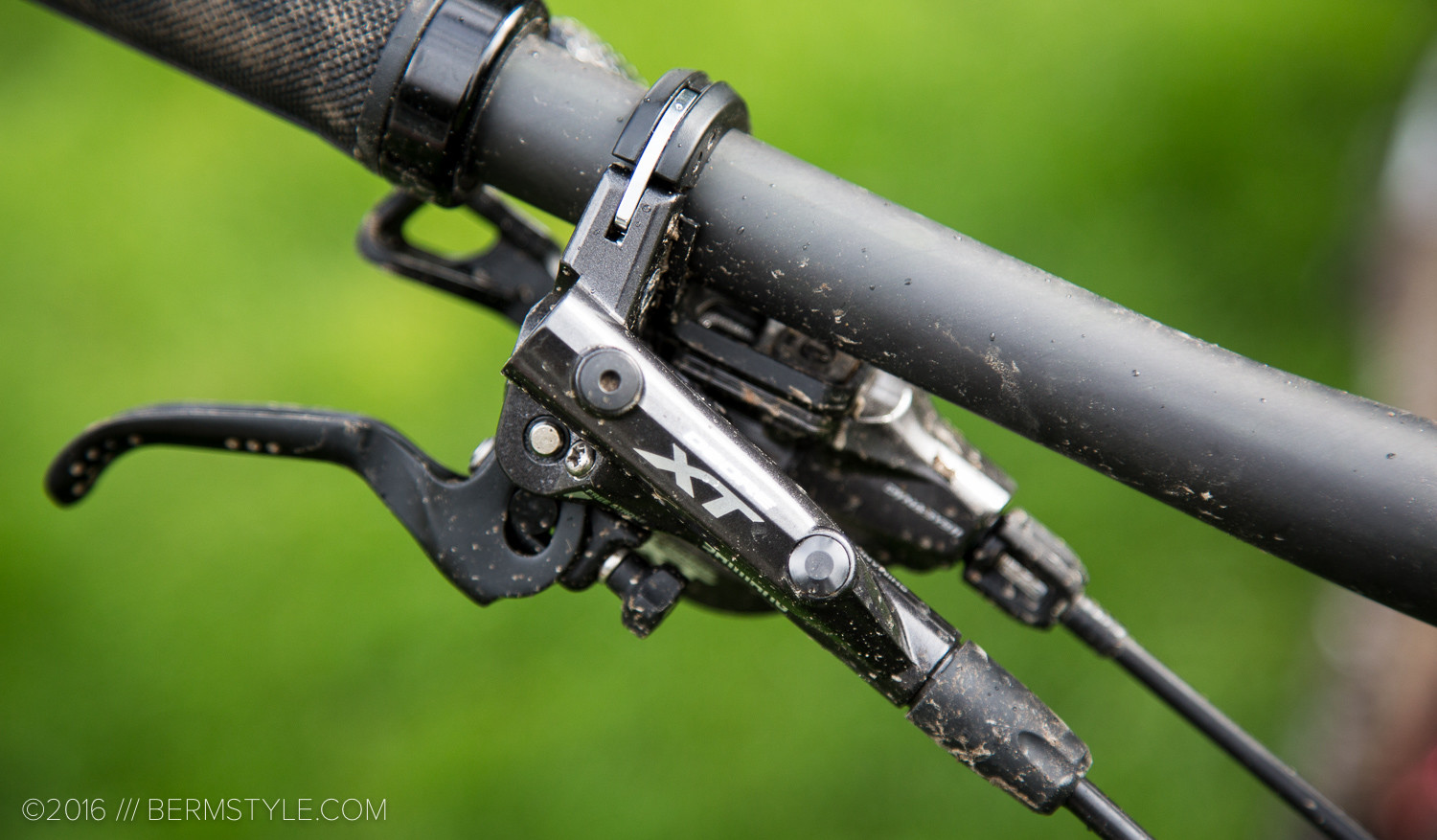 The new XT brake levers now feature the textured levers that was once restricted to XTR.

Component-wise, the Teamelite 01 XT is equipped with a 2×11 drive train. 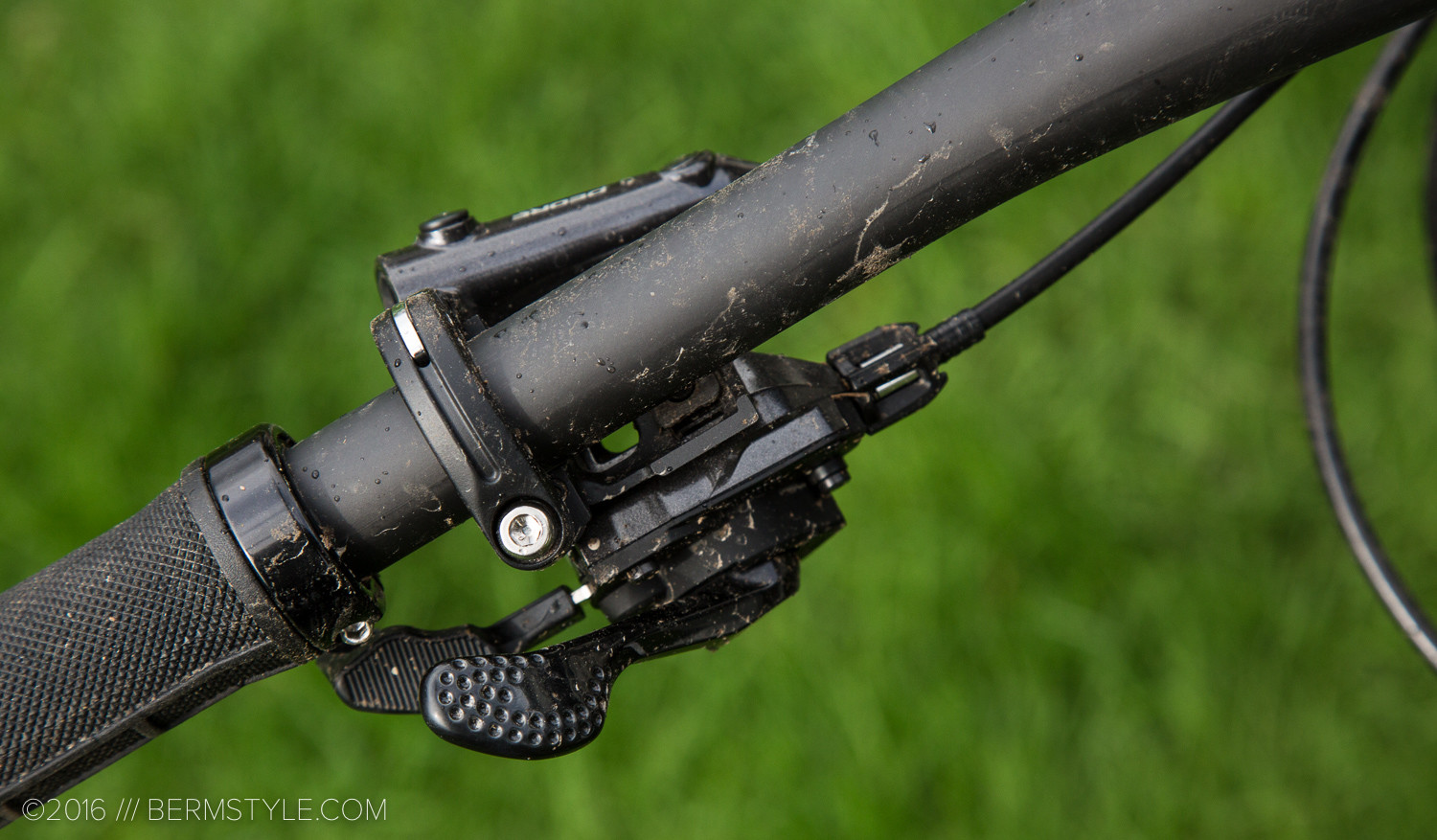 Shimano now has a integrated perch for the shift and brake levers.

Inga will be using the bike to lead local training rides, and plans to compete in a number of local XC races and short track events. 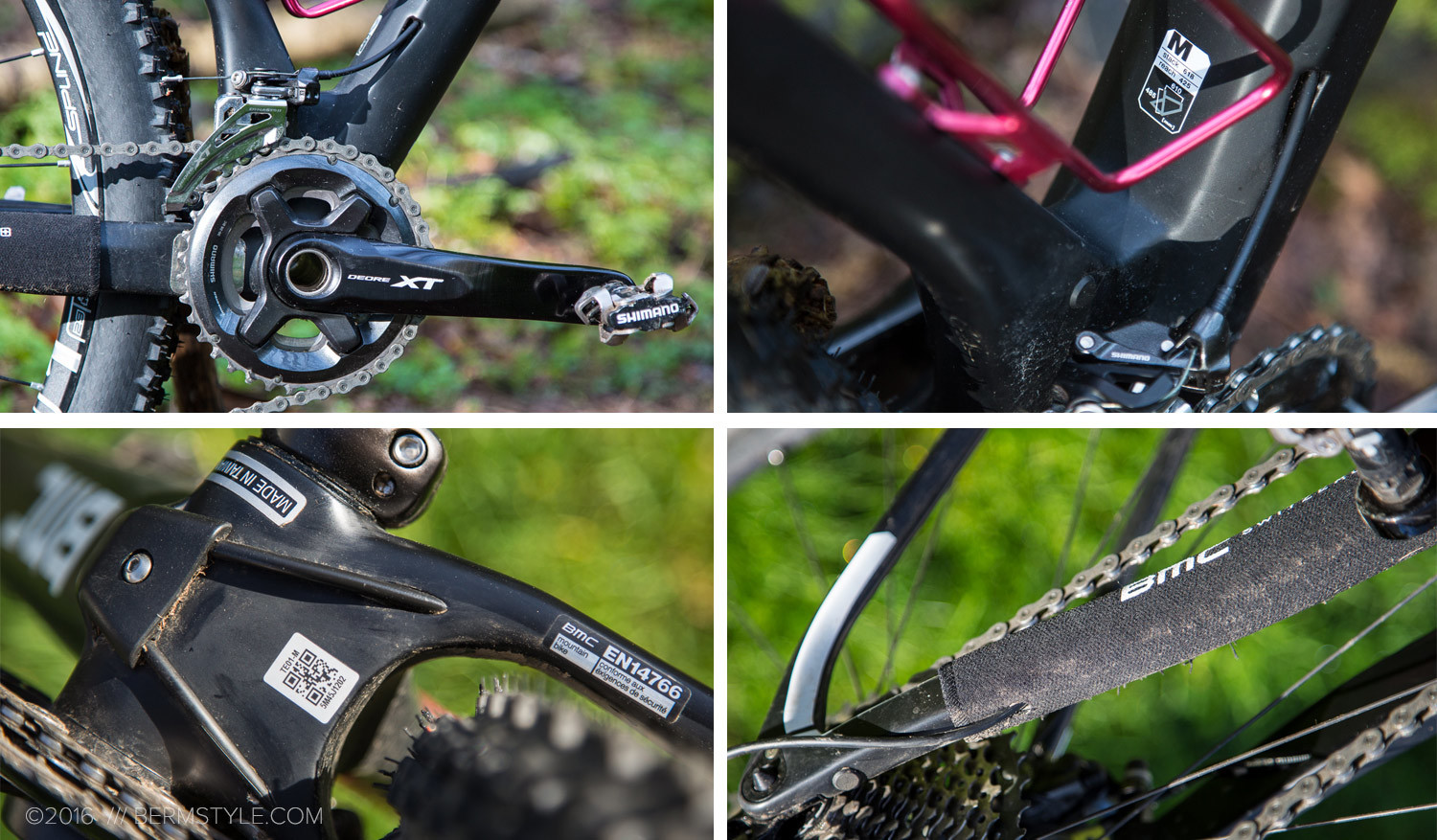 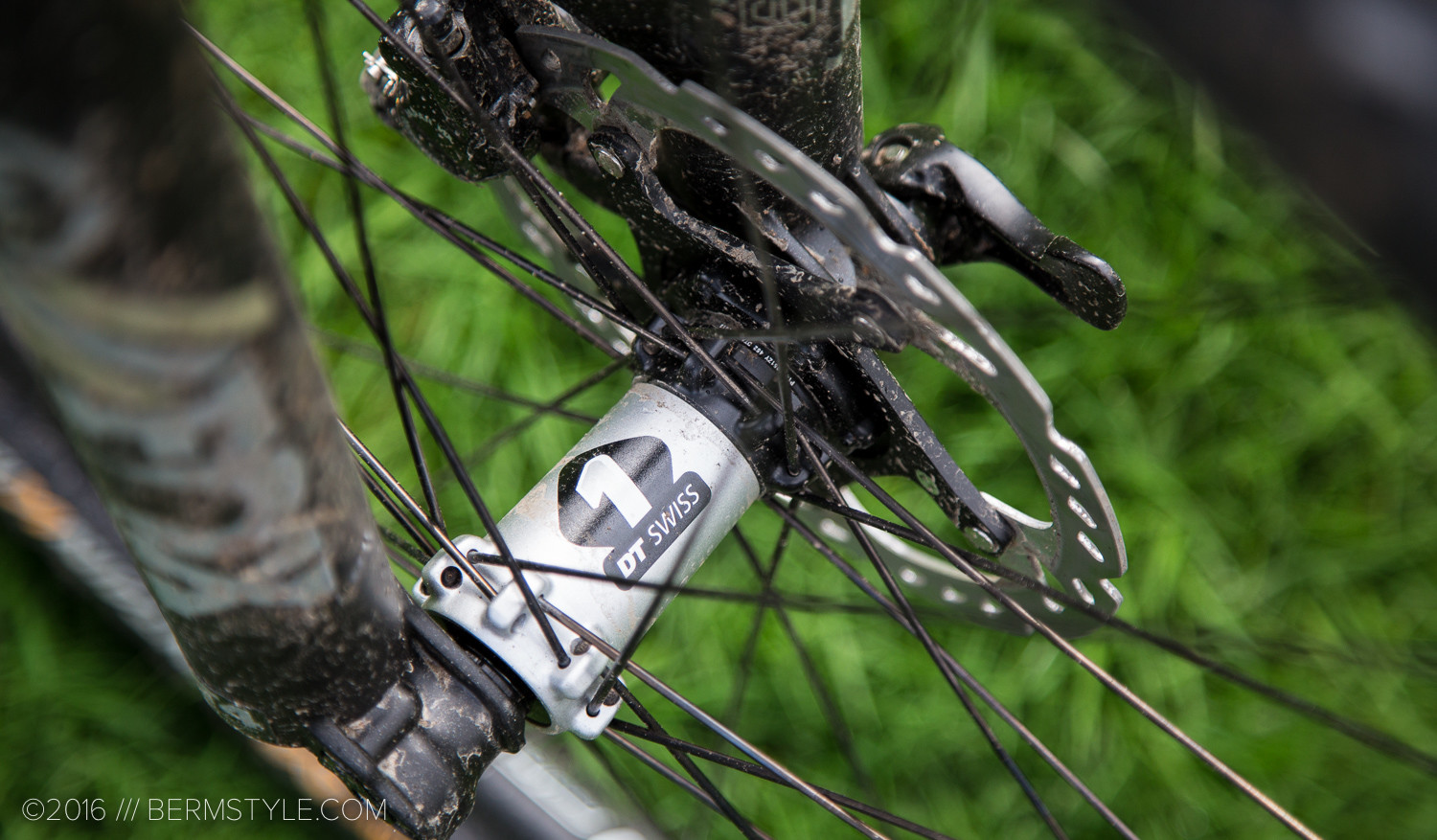 The BMC Teamelite 01 XT lists for $4,599. Check it out at www.BMC-Switzerland.com