Betabrand recently released a women’s Bike to Work Jacket in black for crowd funding on their site. Like their men’s version, it’s a Mackintosh style jacket made from a softshell material with a nod to biker culture with its offset zipper. I wore the sample around town for an evening as Jason documented the ride for Betabrand and got to check it out.

The night was cooler than it had been in previous weeks, which gave me the opportunity to wear this jacket in the ideal temperature. It’s a great looking piece suitable for casual upright riding for commuters, and doesn’t scream “technical apparel”. What really stood out to me was the soft, warm and brushed fleece fabric on the inside. 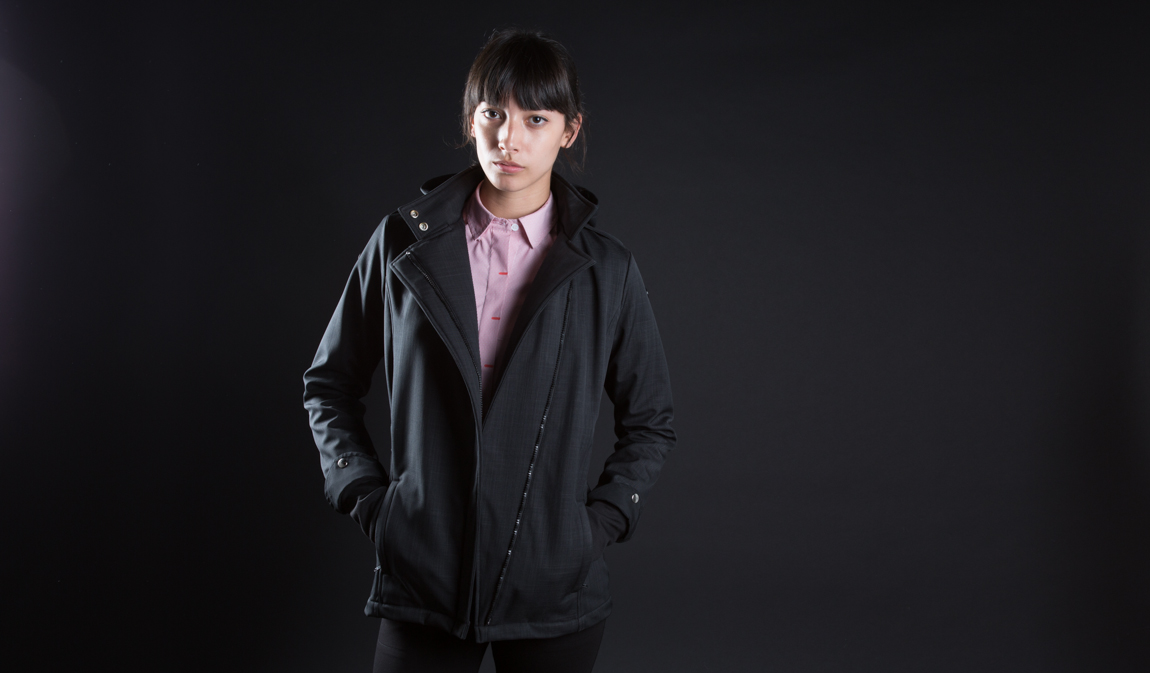 The outerwear piece is a sharp looking, breathable polyester soft shell which features:

While the sample was a little large on me, (I need to size down to an XS for a preferred fit) it is a fitted jacket and that hasn’t discouraged me from wanting one of my own. 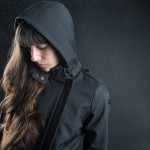 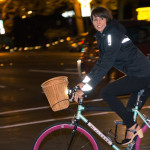 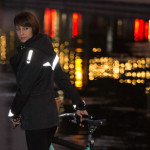 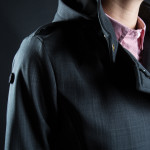 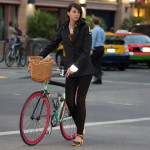 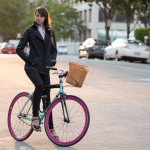 It is really cool to see this jacket fully realized in the flesh. Over a year ago, Jason had me sit down and asked me what I thought of some drawings in his sketchbook. He ended up redrawing a few of his sketches based on my input that he submitted to the production team at Betabrand. It seemed like the team has passed on making the jacket, but then he show up with this prototype out of nowhere…

He had initially conceptualized that jacket in two iterations: a sportier, shorter, moto influenced piece intended for a more aggressive riding position, as well as a mac-style version based on his original bike to work jacket concept. As a cycling blogger, it seems rare to have any real say in a piece of apparel, so seeing this materialize out of nowhere is really exciting. I hope they end up making the sporty version as well…

In the interests of full disclosure, Jason works as a staff photographer at Betabrand. He consults on product design for the Bike to Work collection.

The jacket lists for $250, but if you help crowdfund it you can get it at the discounted crowd funding price of $200.
Check it out: Betabrand Women’s Bike to Work Softshell Jacket 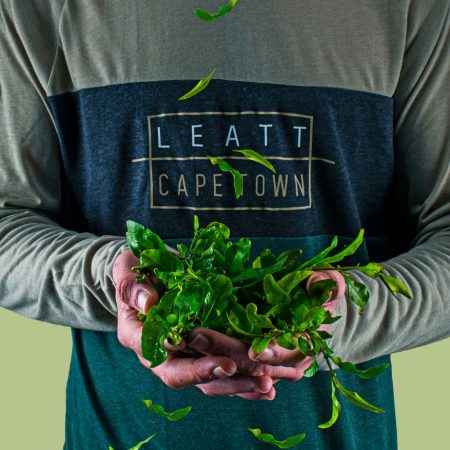 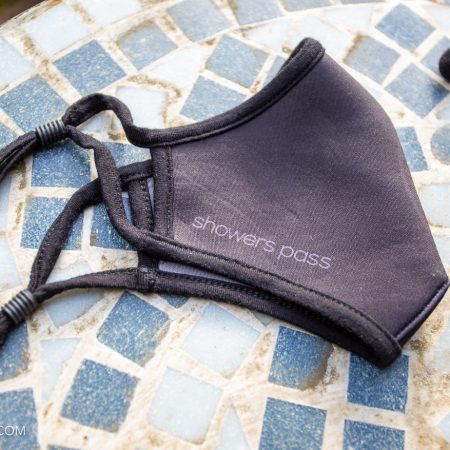 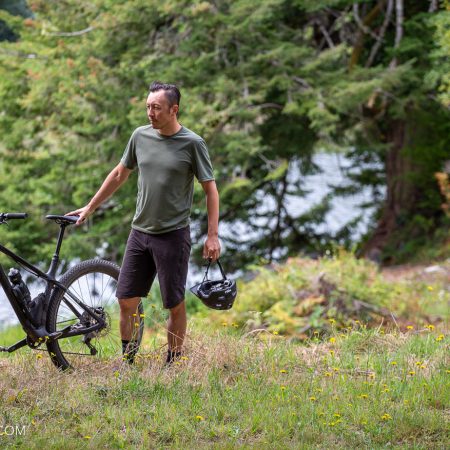