At this point, it would be surprising it you haven’t at least heard about the pump track phenomenon sweeping the scene. It’s for good reason too- pump tracks are super fun, and not only provide a great way to build handling skills, but they don’t require as much space as dirt jumps.

We’ll get into the history as well as design elements of some of the rad pump tracks we’ve had to pleasure to zip around later. However, before going forward, it is safe to say most have been inspired to build tracks based on this single YouTube clip, filmed in Pro mountain biker Mark Weir’s backyard:

It’s sick, huh? I was fortunate enough to visit the “Peacock Pit” (as it’s fondly titled due to the peacocks roaming around) a few times. It is ridiculously fun to ride. 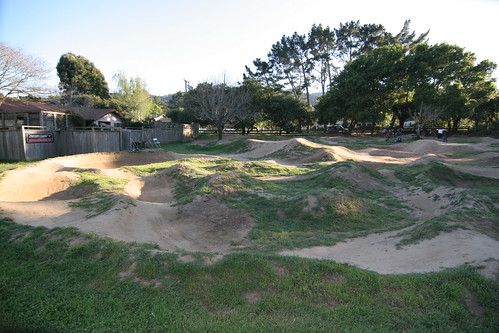 This clip inspired my brother Izaak so much he converted his modest back yard into a pump track as well.

The size of the track is a bit limited due to the fact he needed to keep some of the yard intact for the kids to play in. (That tent is my home when I’m visit btw) That didn’t stop him from expanding it a bit with a second, slalom-like line. 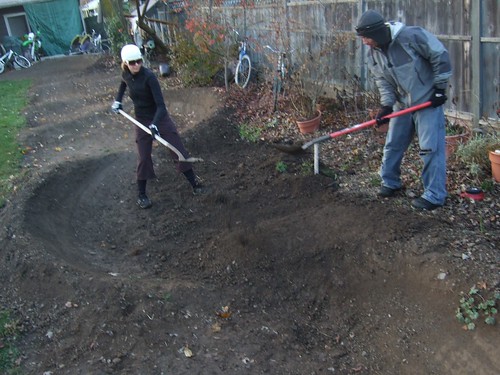 Working on the new slalom line

Patty’s back yard – Portland, OR

Izaak’s pump track in turn, inspired some of our friends that came through on a road trip- here’s what they ended up coming up with in a back yard in Portland, Oregon. 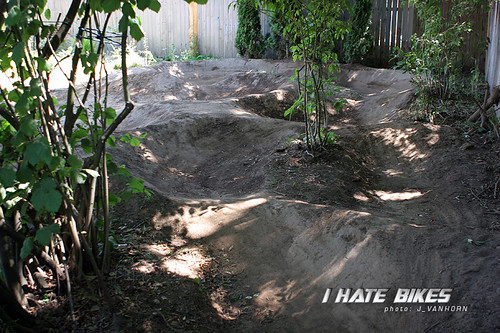 They’re not done yet either; recent upgrades have included a bowl and a wallride. No video on this one- yet. 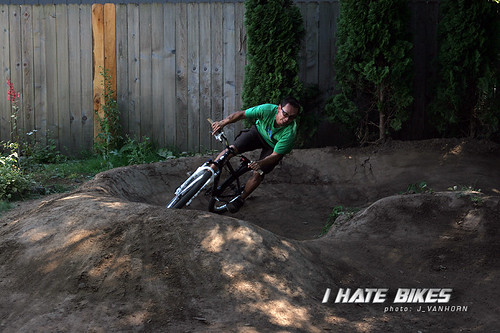 the Fix in Boulder, CO

We sessioned a super sweet pump track/ dirt jump park set up behind the Fix Bike Shop in Boulder, CO that we visited in January. 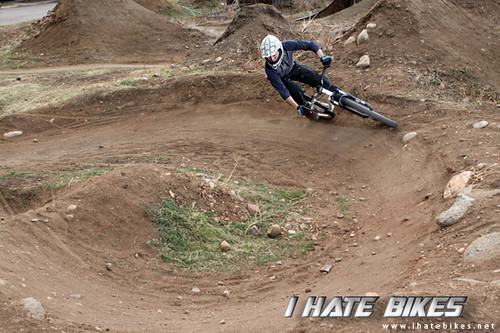 A berm at the Fix

The Fix definitely has one of the raddest backyards we’ve seen to date. It crosses the line from backyard fun to full blown bike park, with pro and intermediate dirt jump lines as well. If I lived in Boulder, I’d be here a few times a week, digging and riding. Fo’ sure. 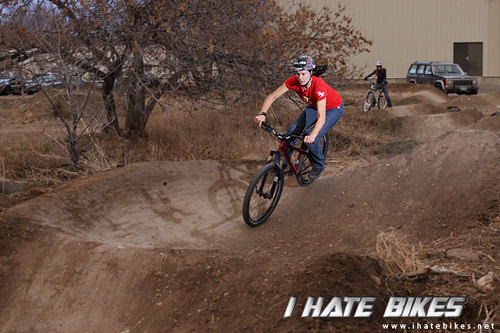 Tammy Donahugh at the Fix

We also rode and worked on a pump track at Goldstream Sports, in Fairbanks, Alaska. (More on that one later.) 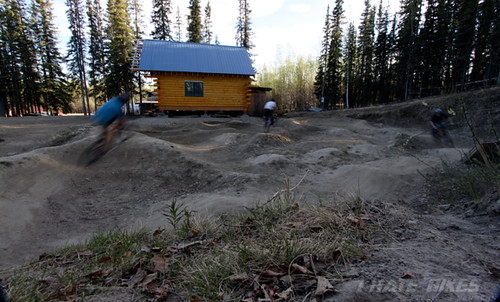 This was probably one of my favorite days of trail building while on the road- after a day of workshops and trail work, we added a whole new section to the pump track. 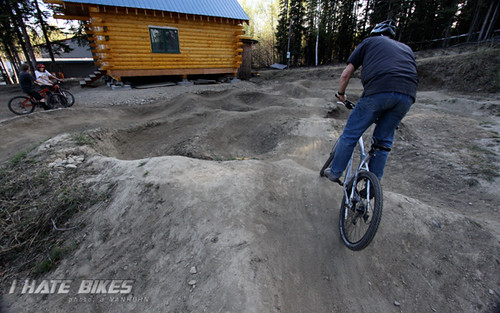 It being Alaska, it didn’t get dark until almost 1 or so. We ended up digging and eating BBQ and beers for at least four hours more, ending at well after 9pm. (After starting our day at 9am) That’s my kind of day. 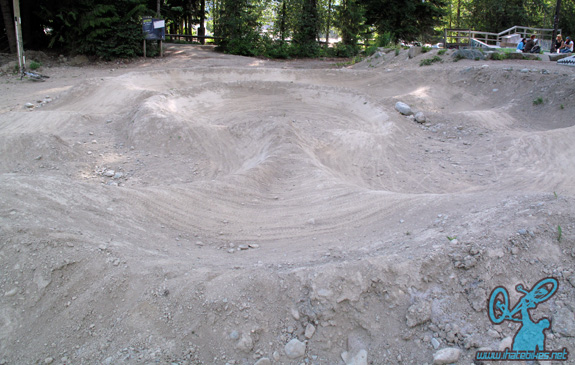 The pumptrack at Whistler

A pump track we found when we drove through Nelson, BC 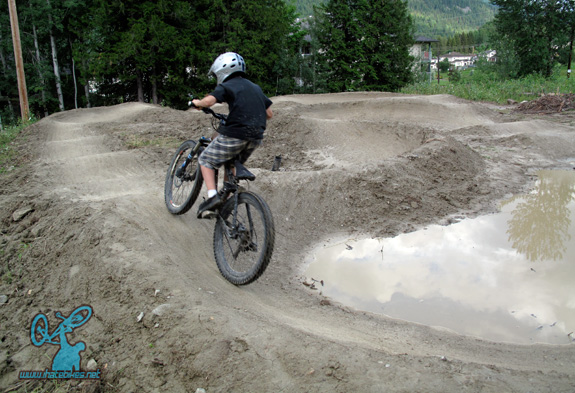 I think this was in Nelson

Not a backyard, and only temporary, but still cool: Pump track at Sea Otter 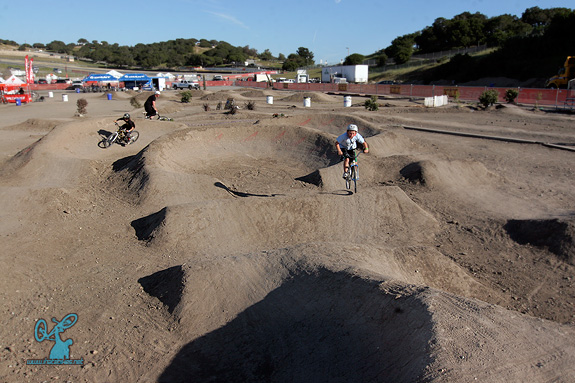 The pumptrack at the Sea Otter Ridezone

Every year they build a ton of cool stuff and tear it down after the event. Such a waste.

Smallest Pump track ever? Portland, OR

You don’t need a lot of space to make a track. This is the smallest track I’ve ever seen, and it was definitely tight and technical. 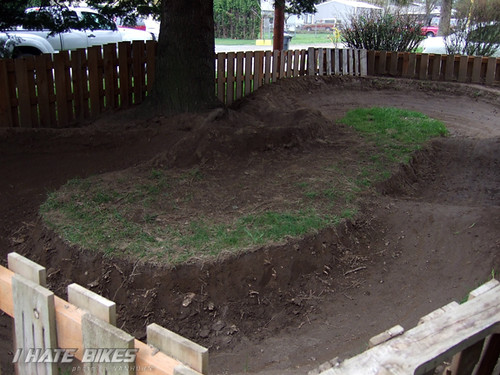 These are just a few of the cool backyards we rode this year-what are you waiting for? If you have a yard, all you need is some good dirt, a few shovels and rakes, (a pulaski is nice to have on hand too) and water.