I’ve got over three months of riding logged on the latest iteration of the Santa Cruz Nomad, and it’s been a ball. As a rider that prefers the gravity side of the spectrum, the DH-like geometry isn’t just massively confidence inspiring pointed down, but it just feels right.

Since swapping my parts over from my Bronson frame for the build up, I’ve had the opportunity to ride it in a wide range of trail conditions and locales. I’ve hit up most of the local Bay Area trail riding spots, starting with our local trails in Oakland’s Joaquin Miller Park, to DH/Freeride trails in the MidPen.

I’ve ridden her in Downieville as well as a number of DH runs at the Northstar Bike Park at Tahoe. After Interbike, we headed out to Bootleg and logged some miles there, followed by a day at the Big Bear Bike Park at Snow Summit, where it was a blast on the popular jump trail Party Wave. 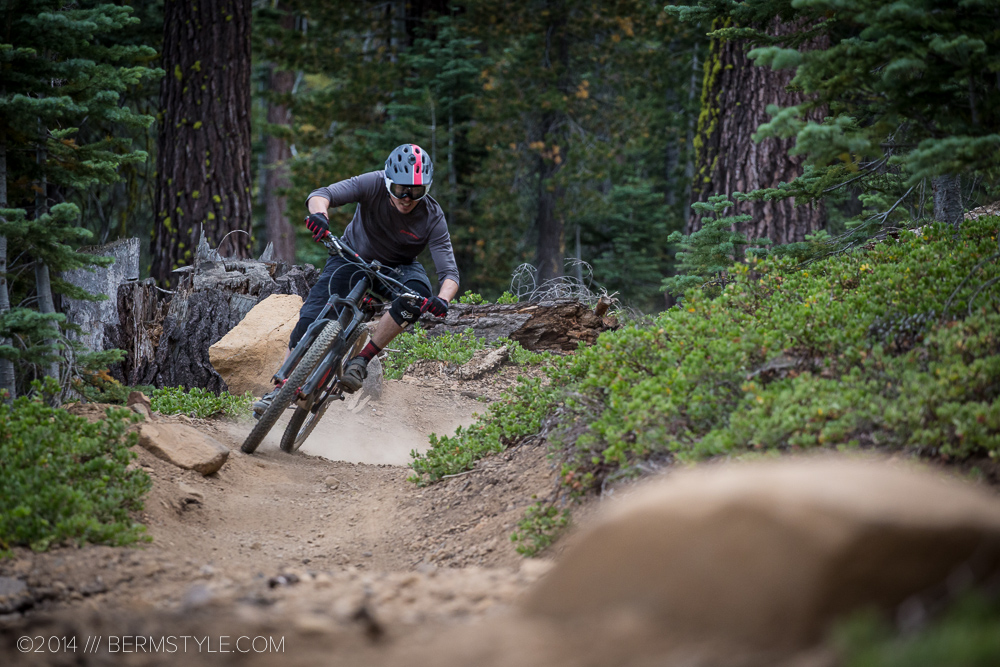 Riding the enduro course at Northstar

Now that I’ve spent some time on the bike, I’m finding new lines open themselves up everywhere. After all, you feel like you’re on a downhill bike. Except the Nomad is at least 10lbs. lighter than my vintage 2010 Demo 8. Increased speed, confidence and momentum makes every roller a potential take-off, and 650b wheels combined with 6″+ of travel mean I’m not terribly concerned where I’ll be touching down every time. Trail gaps? Yes, please. 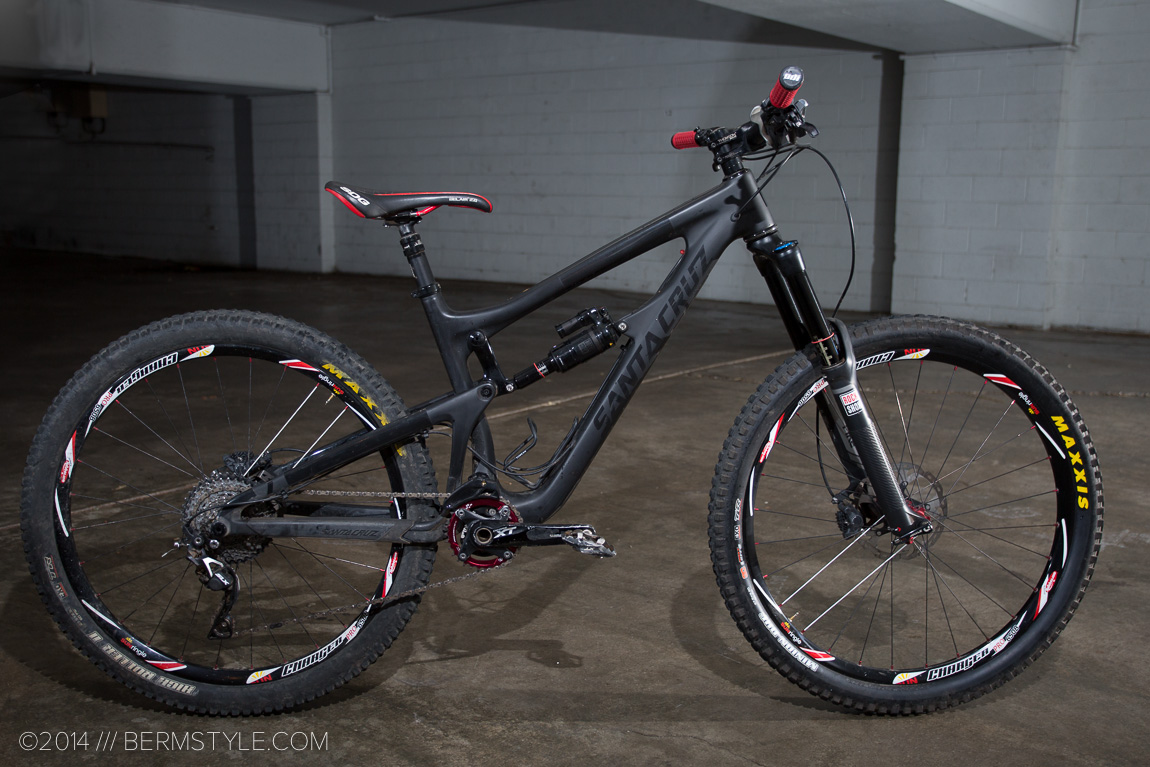 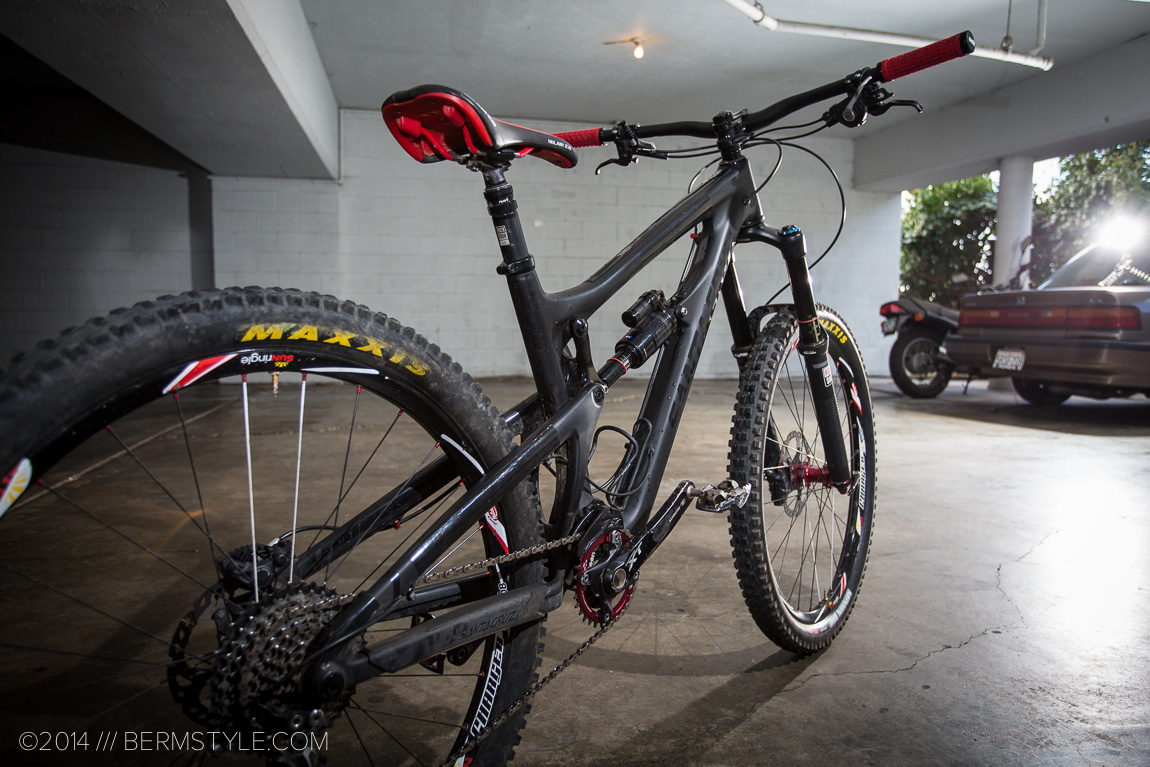 I run a full XT group (at the moment running an SLX rear derailleur pending a replacement for a damaged XT unit) in a wide range 1×10 configuration and its a good balance of performance and weight for the dollar. I’m not the kind of guy to run top end stuff, mainly because I’d rather have a few different machines to chose from than one or two fully pimped out rigs. The Nomad is designed to go one-by only; it would be weird to run a bike like this with a front derailleur anyway. I’m about to refresh the chain, derailleur and cassette as they’ve now been on two rigs with a full season of riding on them. If I was running XX1 or XTR, this would be a lot more expensive than XT. To aid in getting up hills, I’m running a 32T E.13 ring upfront with a 40T OneUp cog in the rear. The 40T gives an extra gear and shifts much better than the 42T cog.

I’ve been very happy with the performance of the Rockshox suspension. They’re at the top of their game right now, and there’s nothing else I’d rather run. That said, I’m still working to dial in settings for riding aggressive freeride/ double black diamond terrain. On the trail I’m running a single token in the Pike, which has been enough for my 165lb riding weight, though I may try a second, as I still bottom out at times when riding high speed trails with big hits. 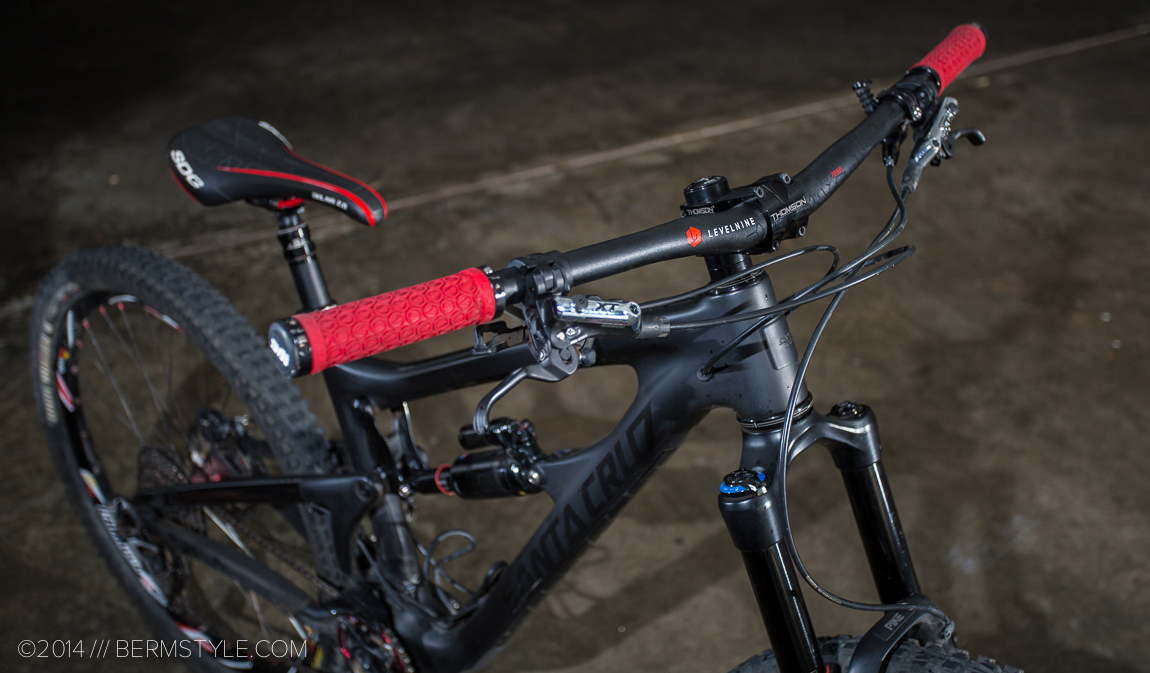 View of the cockpit

I’m 5’10” and the medium suits my preferences with a 50mm Thomson stem. It’s paired with a 760mm Team Alloy bar by Level Nine Components, a new brand I’ve been working with as a freelancer. (the bike in the photos might look familiar if you visit their site)

The quality of the stuff is top notch. The bars come in at 275g, (that’s 20mm wider and 10g lighter than a comparable bar from Easton, the Haven) have a very high strength to weight ratio, and have a five year warranty. The bars have 20mm of rise, 5º of up sweep and 8º of back sweep. I’m happy with the alloy bars, but a lighter carbon version as well as a new Level Nine AM stem will be on the bike by spring. 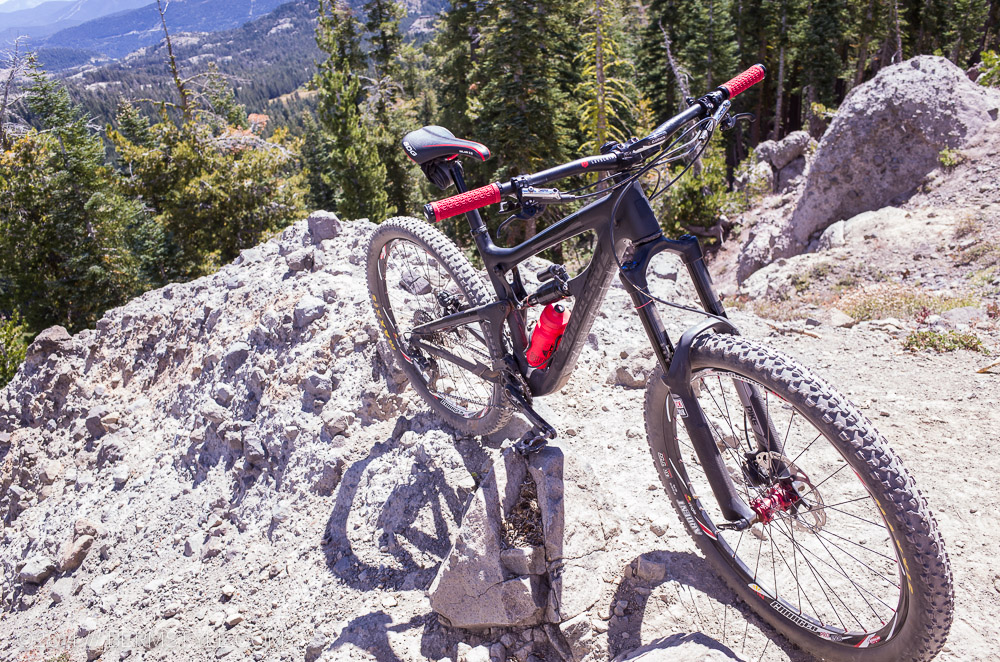 Same shot. But this time, somewhere in Tahoe.

The Nomad fully takes advantage of the middle wheel size, and whether you refer to them as 27.5″ or 650b, as far as I’m concerned, that’s the new wheel size of fun these days. No matter how much you cry “#26wheelsforlife”, if you haven’t spent time rolling the new size hoops in a trail riding context, you don’t know what you’re talking about. (sorry)

Here’s why: it doesn’t really feel different then 26″. I don’t care to much about the “roll over” factor, other than it’s easy to carry momentum. What’s awesome is how it hooks up in corners. My 29er feels awesome in big loose turns, but it just isn’t that much fun to ride in comparison.

The only place I would rather run 26″ these days is on flow trails with tight runs and small, tightly spaced rollers. But we’ve got other bikes for that. 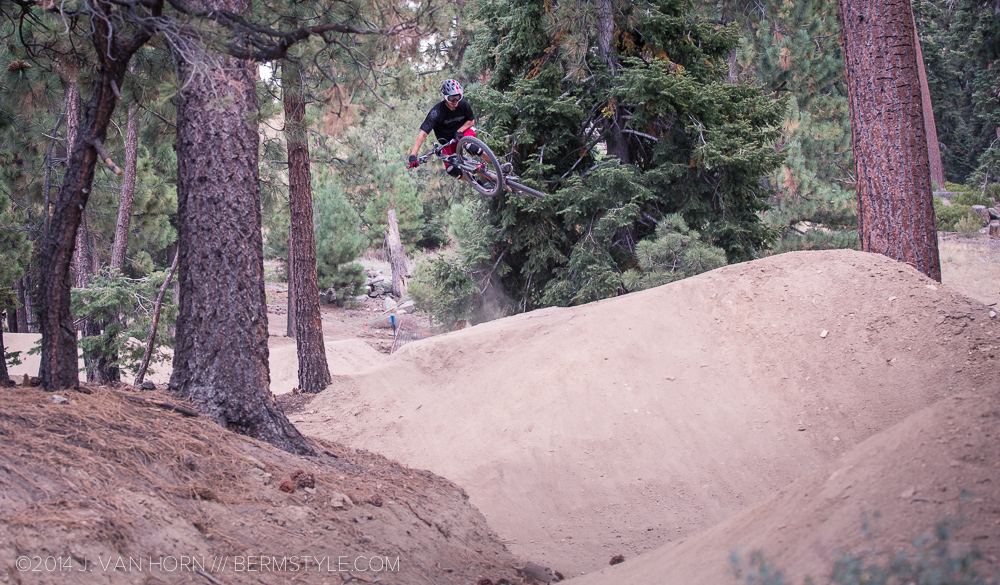 Flowing through a jump line on Party Wave at Big Bear

We frequently get asked what we think of the Nomad and how it compares to the Bronson. (we discussed this in the Nomad Chronicles Part I) Since we get asked this so much, I’ll address it again with a future post.

Lately though, I’ve been thinking more about how it compares to my 2010 Specialized Demo 8, which is pretty much a full blown DH bike. Compared to today’s top end DH machines, it’s got dated geometry and heavy. It’s still a fun machine, but since I got the Nomad, I haven’t ridden it much.

Let’s take a look at some numbers:

After geeking out on all these numbers, I’d say they finally did it. An all mountain bike that thinks it’s a DH bike. Man, bikes are so cool.

That explains why I always have a big grin on my face when I ride this bike. The next step is to get some 650b wheels set up with DH tires to see what kind of magic happens. 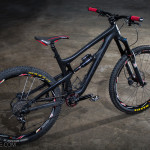