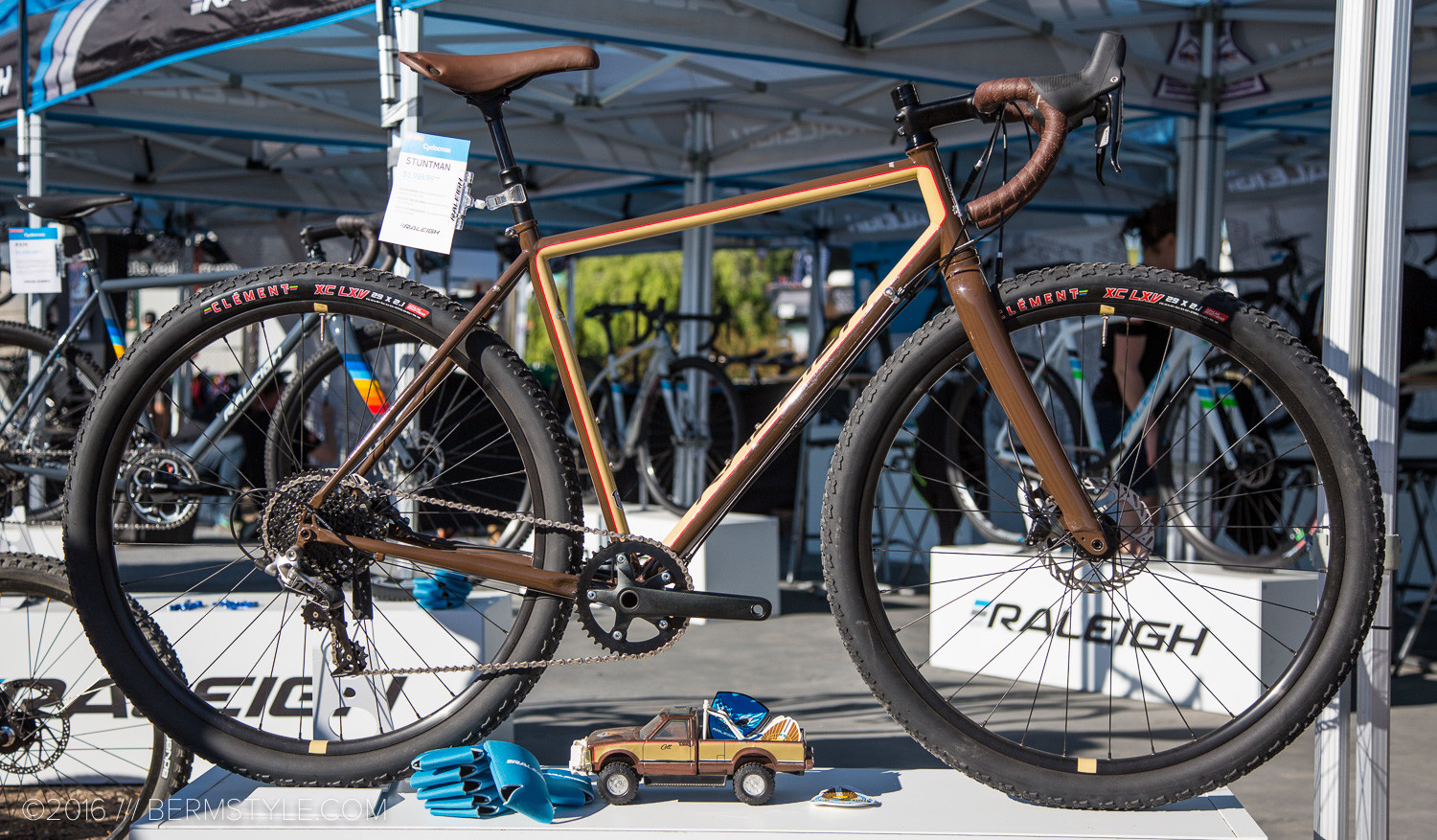 The Stuntman, by Raleigh.

When walking by the Raleigh booth at Sea Otter, this monstrosity of a road bike caught my eye like a fly smack dab in the eyeball. You know like, when you stop abruptly, making a contorted face and blink uncontrollably?

It would be hard not to notice this bike — it’s kinda badass. When I saw it, the first thing that ran through my mind (before thinking I need to grab my camera) was “What the f*ck? That thing is bad ass.”

I may be getting a bit redundant here, but you get the picture. 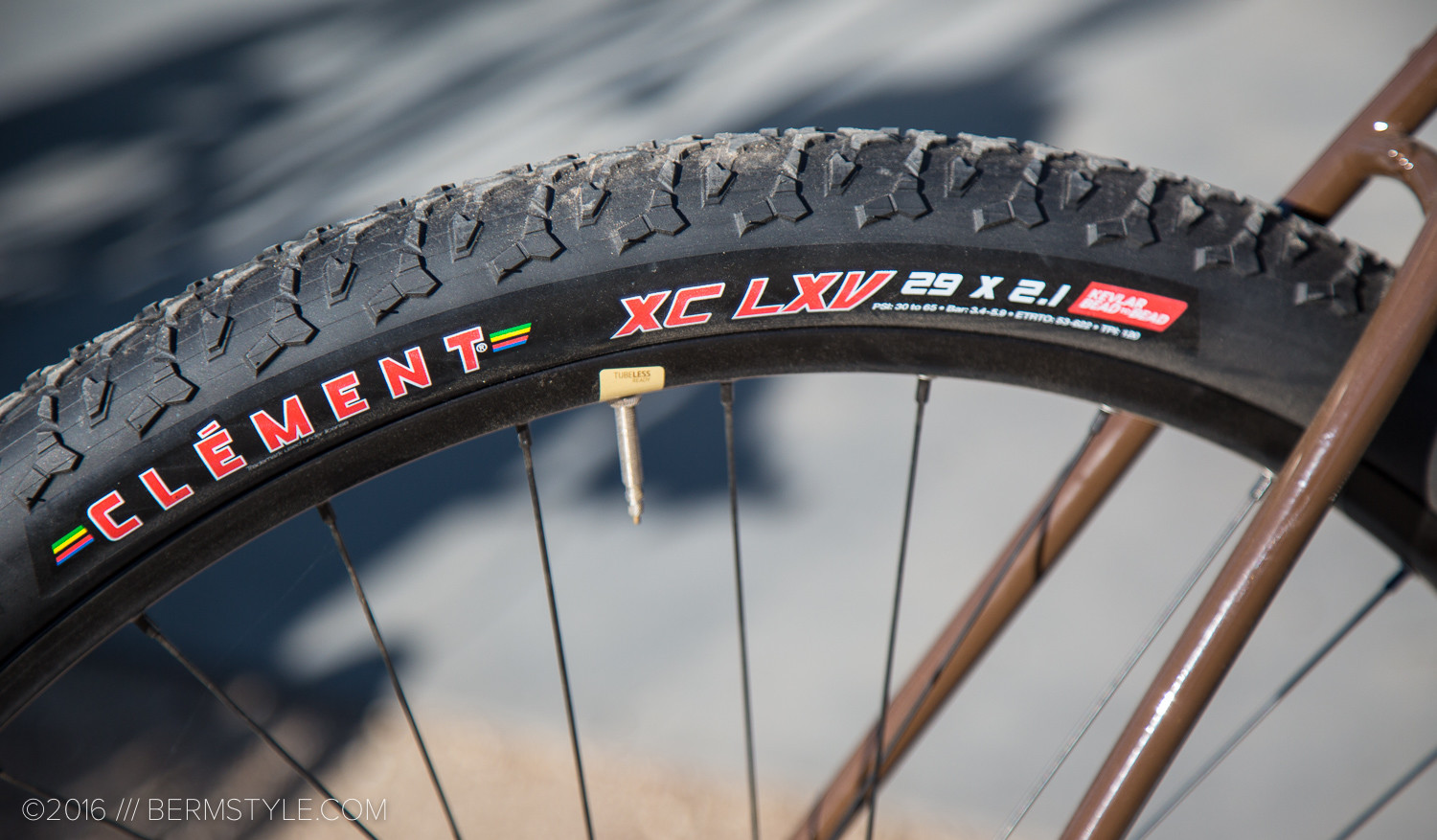 Constructed from Reynolds 631 butted cromoly, the frame had clearance for 50c tires. 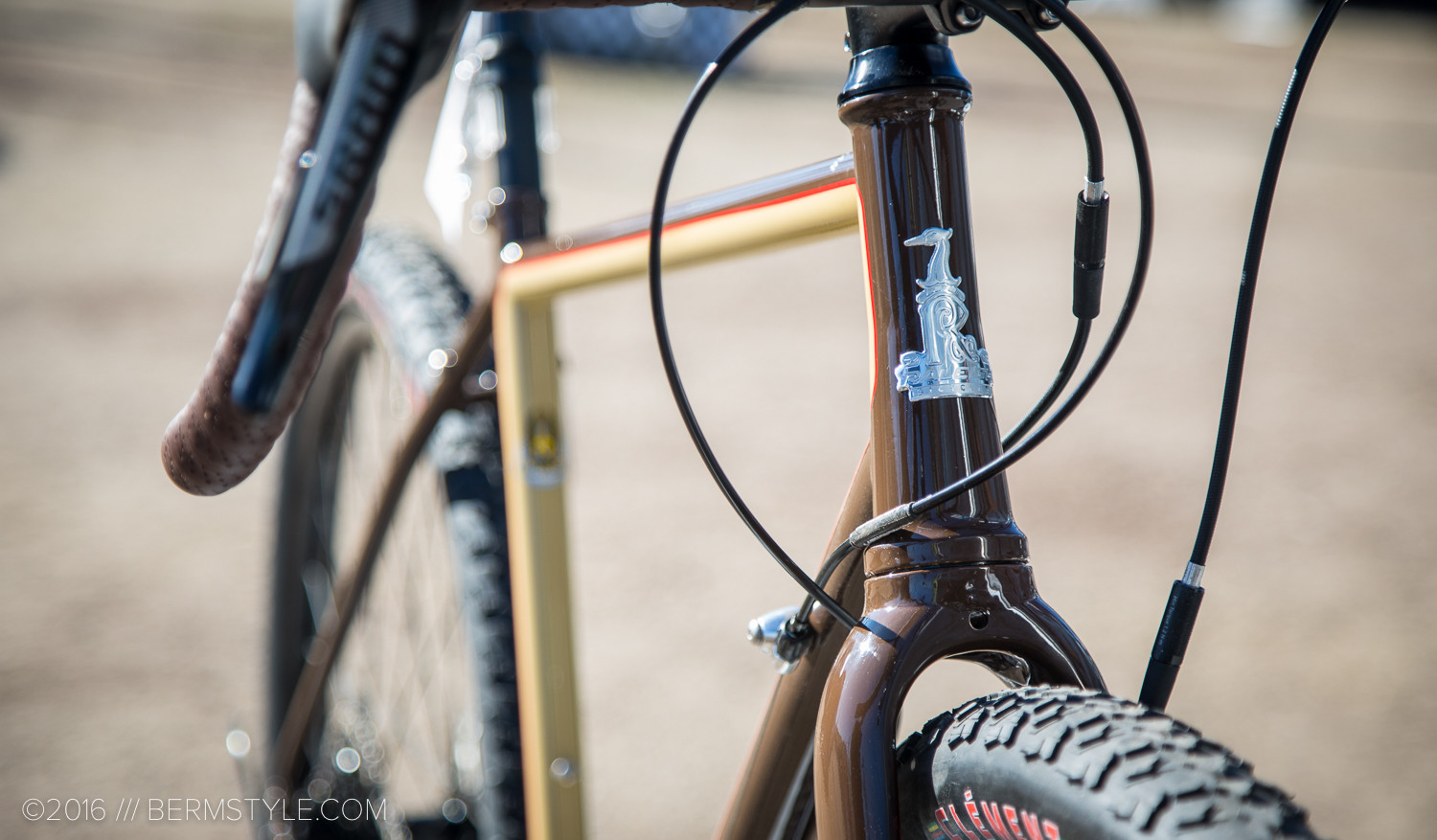 It’s also the first “road bike” I’ve seen that came stock with a dropper post. Though calling this a road bike seems totally inaccurate, when it’s more of a bike packing/ gravel grinding/ adventure biking fat-tired-cross-bike kind of a thing. 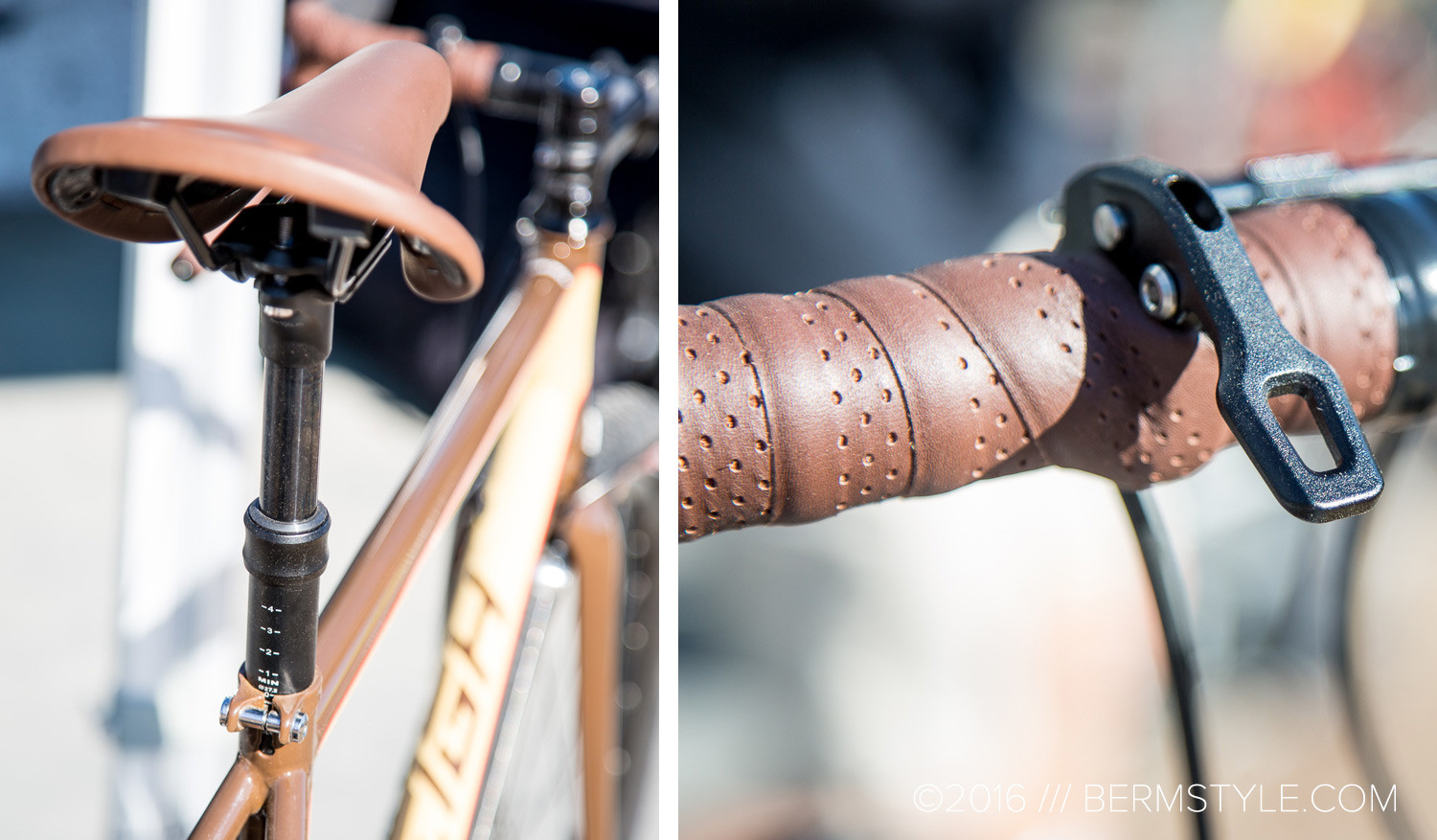 I know what you’re thinking: “Why didn’t they just make a 29er and put drop bars on it?” I thought that for a second too, but that’s not what this bike is about. It’s about taking the gravel/cross concept, (or whatever this beast is) and pushing it to the next level, and possibly your buttons. 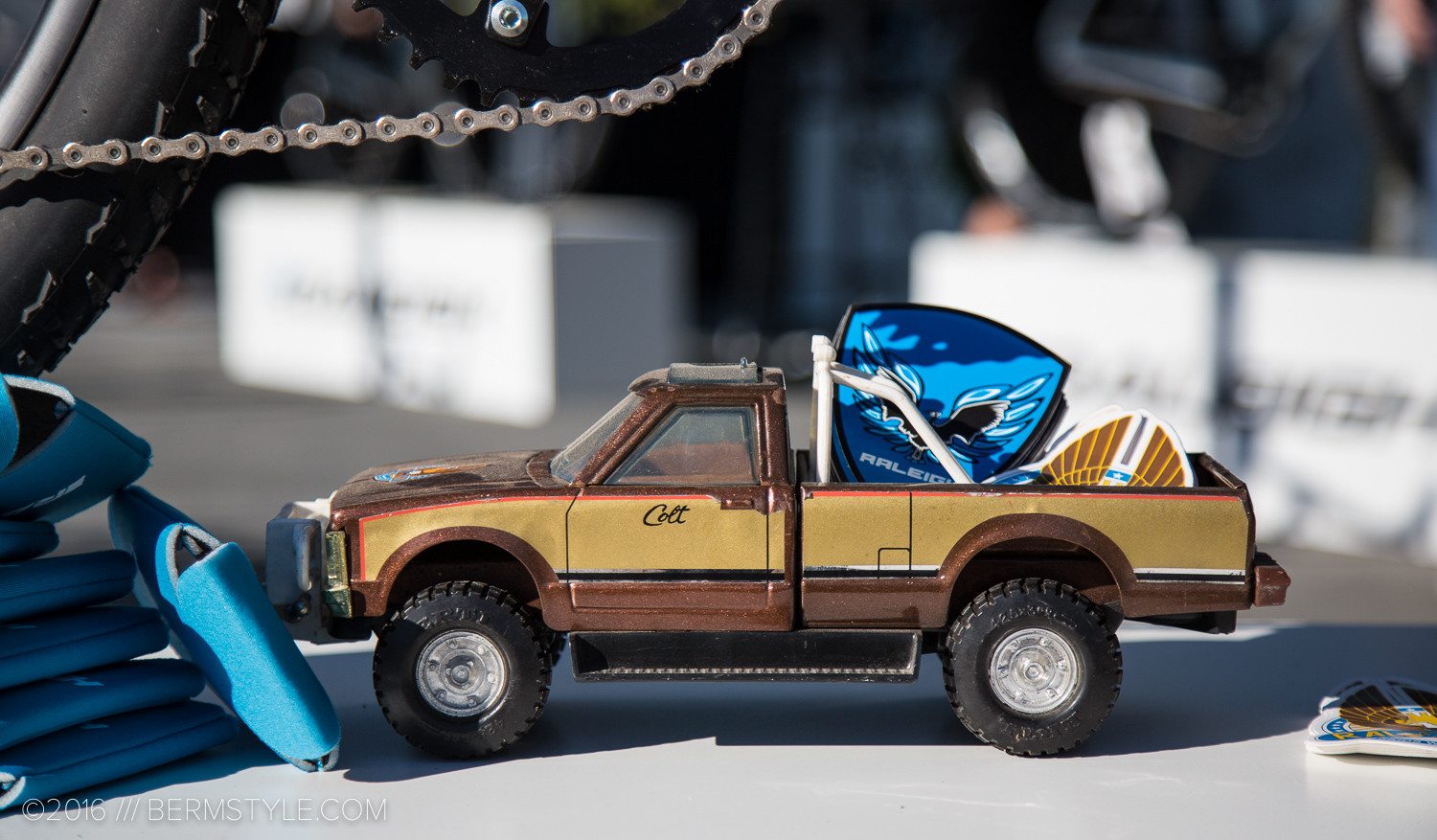 It turns out this thing has quite a backstory to it. Recognize that toy truck above? How about the TransAm sticker? Here’s a hint: it’s the toy of the truck from The Fall Guy, an American action tv show. As driven by Lee Major’s character Colt Seavers, a Hollywood stunt man who moonlights as a bounty hunter.

You can totally watch it online if you subscribe to Hulu.

If you follow the writings of one Stevil Knievel, you’re probably unsurprised to find his substantial involvement in the Stuntman bike project, which I found out after reading his post on it here.

The backstory is as cool as this bike. You should just go read his post. 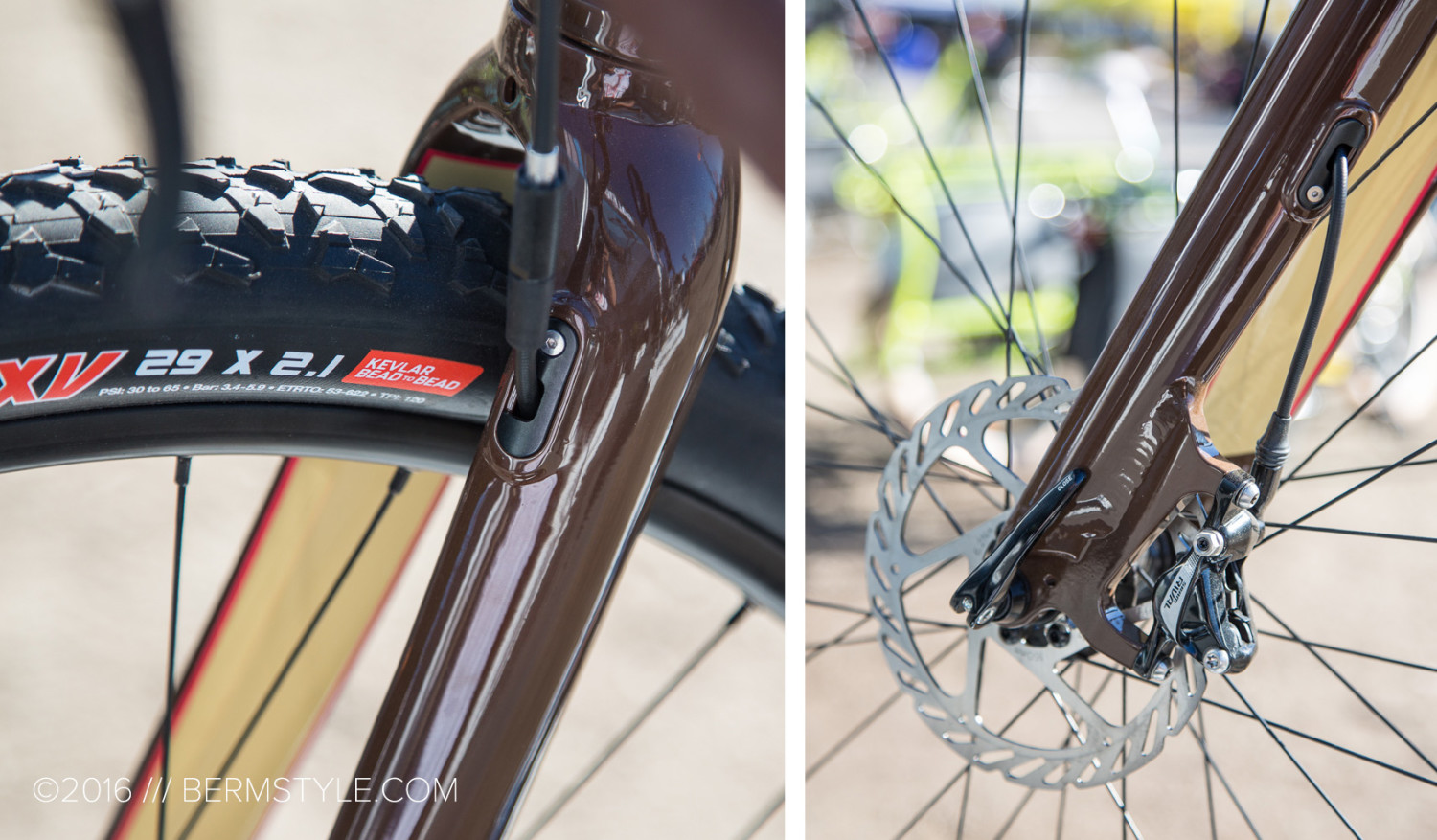 Internal brake routing in the fork 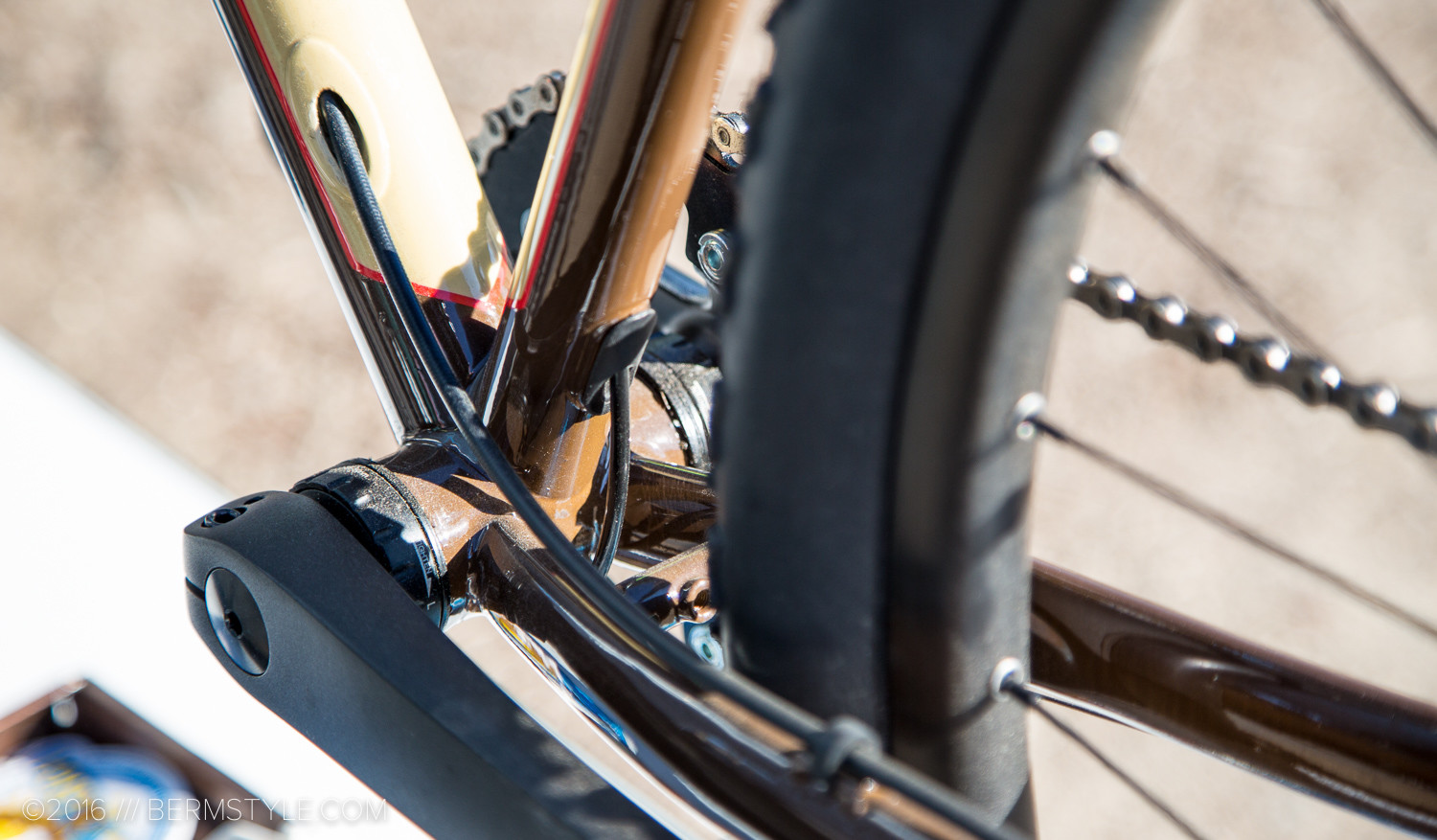 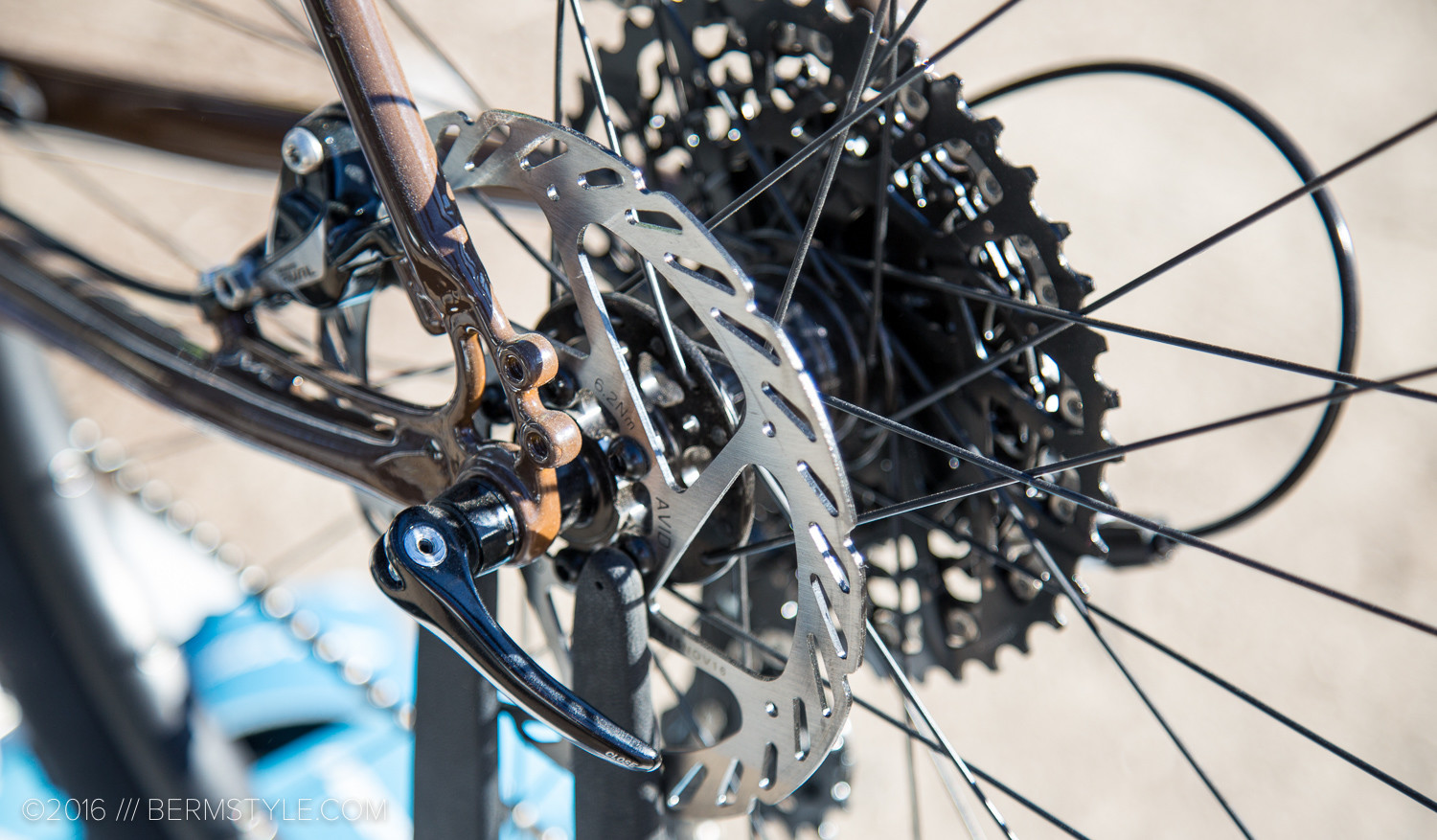 Rack and fender ready for those that want it. Thru axle too. 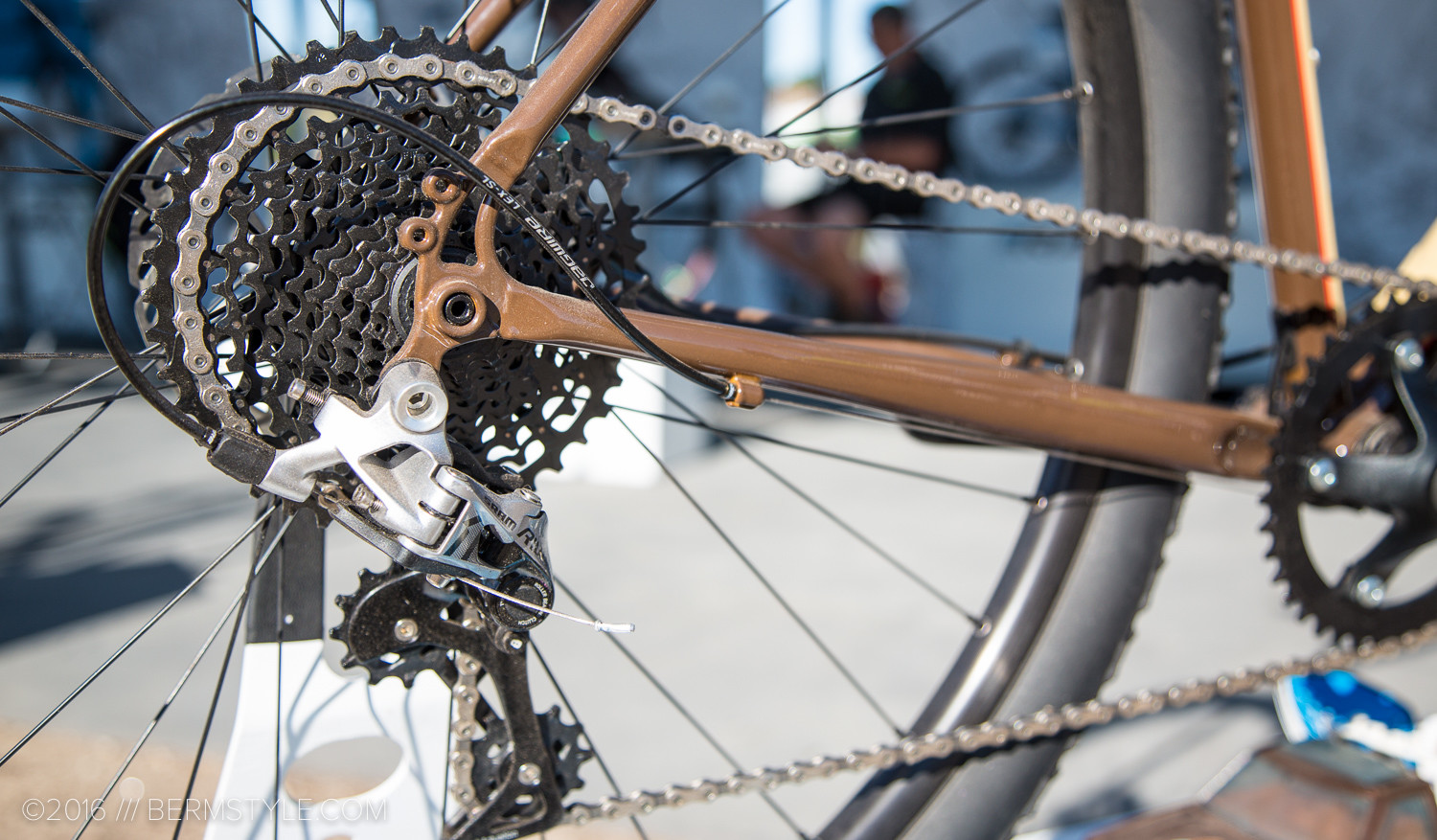 The Stuntman lists for $1,999 and should be available soon. Check it out at Raleigh.com