The mountain biking segment of the internet was ablaze earlier this week when Ibis announced the launch of the third generation of their flagship trail bike, the Mojo HD. Featuring contemporary trail bike geometry, 650b wheels and six inches of front and rear suspension travel, the latest Mojo addresses all the short comings of their previous models to produce a bike that is not only head and shoulders with the best of them, but stands above thanks to an unprecedented attention to detail.

While many are comparing it to bikes designed for Enduro racing in the mountains of Europe, Ibis has instead created a machine for the American market, and the terrain most of us are actually riding. We’re stoked on the enduro-driven product development, but the new Mojo HD3 isn’t intended to be a mini-DH bike, instead choosing to be an extremely capable all mountain trail bike. (instead of the comparisons to the Nomad, it features numbers more inline with the Bronson— an uber-capable trail bike seen everywhere on local bay area trails that was touted last year as the it “enduro” bike)

It has a longer top tube and reach so you can run a normal (for today’s progressive trail riders, a 50mm stem IS the new normal) length stem. With short for 650b chain stays, (16.9″/ 430mm) low (13.38″/ 340mm) bottom bracket height and a longer front center, the numbers look to be a solid balance between stable and playful on the trail.

The details are where the bike shines though. Ibis chose a threaded bottom bracket shell (instead of spouting marketing drivel about how press-fit BB’s are better, when they’re really just cheaper to manufacture) and the HD3 is the first Mojo with dual water bottle mounts. While not important to everyone, for those of us that go light and leave the pack at home on short local rides, not having one is a deal breaker. The HD3 also has plenty of stand over height that, combined with a 31.6 seat tube diameter, allow the use of a 150mm travel adjustable height seat post. (once you run one, 125mm isn’t enough any more)

Plus, it looks freakin’ sweet.

There aren’t that many bikes that check as many boxes as the Mojo HD3, including water bottle compatibility, AND a threaded BB. But I had to know more— what if I wanted to get a Mojo HD3 and run it with a 150 fork and run it 66º? Would an Angleset be an option? Or, since I already have a Nomad, what if I wanted to run one with less travel, to complement my existing quiver?

Us garage tinkerers want to know, so I shot an email off to Ibis to get the deets. Scot Nicol was nice enough to give me a shout back and here’s his reply:

Haven’t tried the Angleset, so I don’t know how well it works.  The front end geometry feels excellent as it is, we don’t like sluggish, floppy steering. Here’s what James Huang had to say about it in his Bike Radar: “No amount of additional riding will likely change our opinion on the frame geometry, however, as it’s bang-on perfect just as is.”
Regarding shorter travel, there is no reason to do this. The climbing performance of the bike with the newest dw-link has been decoupled from suspension travel. It won’t buy you anything except diminished performance.
The bikes will be in shops beginning the first week of December.

I certainly can’t disagree— the geometry of the HD3 is similar to the Bronson, and I had a great time on that bike. The HD3 has significantly shorter chainstays though which would make it even more fun and give it more “pop”, plus the reach is bang on for my personal preferences. While I don’t have any plans to let go of my Nomad, I definitely plan to throw a leg over the new Ibis to get some saddle time.

Crap. I really don’t need to buy another bike.
Check it out: Ibis Mojo HD3 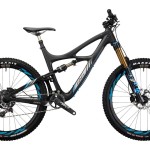 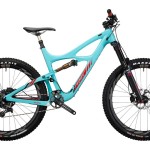 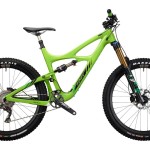