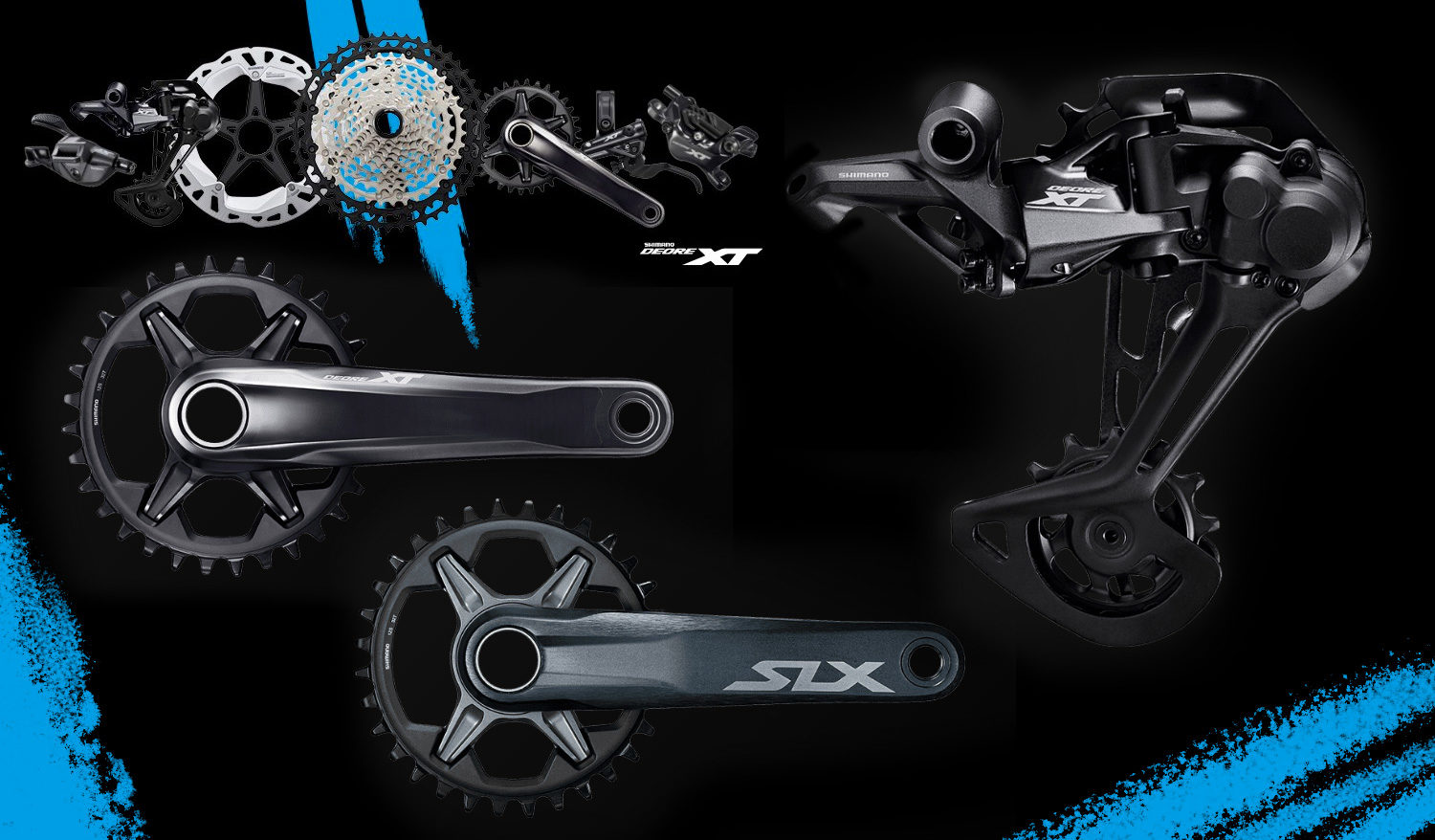 The industry demanded it, and 12-speed XT and SLX is now here. I’m a Shimano fanboy, but I may possibly be the least excited about the addition of a new cog on our drivetrains. One-by has been mainstream for a few years now, but I’m old school. We were riding our 1-x “DH” bikes up and down mountains before single rings were fashionable. Of course, what we once considered “DH” bikes are now called enduro bikes and they’re lighter and faster both up and down. And just generally work a hell of a lot better, which means big, all day rides on black diamond terrain is now the norm instead of our shorter, hike-ride-session days.

Yes, I’m a bit “meh” on the subject of 12 speeds. (Confession: I’m still super stoked on Saint 10 speed. And an additional disclaimer – Inga and I both receive product support from Shimano via our involvement with Bikeskills.com as MTB coaches.)

Do we really need 12 speeds?

I don’t feel the need for a narrower chain, much less an additional cog. Small incremental shifts matter more to spandex-clad weight weenies that obsess with power output and cadence. Not to mention, I’ve had numerous opportunities to ride, test and experience several of SRAM’s 12-speed groups including XO and GX. They are well designed and work well. However, I’ve also witnessed more chains falling off those drivetrains than expected. (It’s even funnier when you’re riding with a SRAM Brand ambassador ?)

How does that happen? Well, that giant pie plate of a low cog on the cassette necessitates a derailleur with a really long cage. And that presents an opportunity for additional flex. If you wanted maximum shift performance, you’d run the shortest cage possible — there is a reason pro downhill racers have small road cassettes paired with short cage derailleurs on their bikes.

However, people want one more gear for some reason, and Shimano has been lambasted for not delivering to the demands of the market. Personally, I’ve been more than happy with my 11 speed XT driving trains. I mean, sh*t, it already went up to 11. ??

That said, every time Shimano releases a new iteration of their drivetrains, whether you demand or feel the need for an additional cog on your cassette, it’s impossible not to acknowledge that it’s always accompanied with a substantial upgrade in performance over what came before. 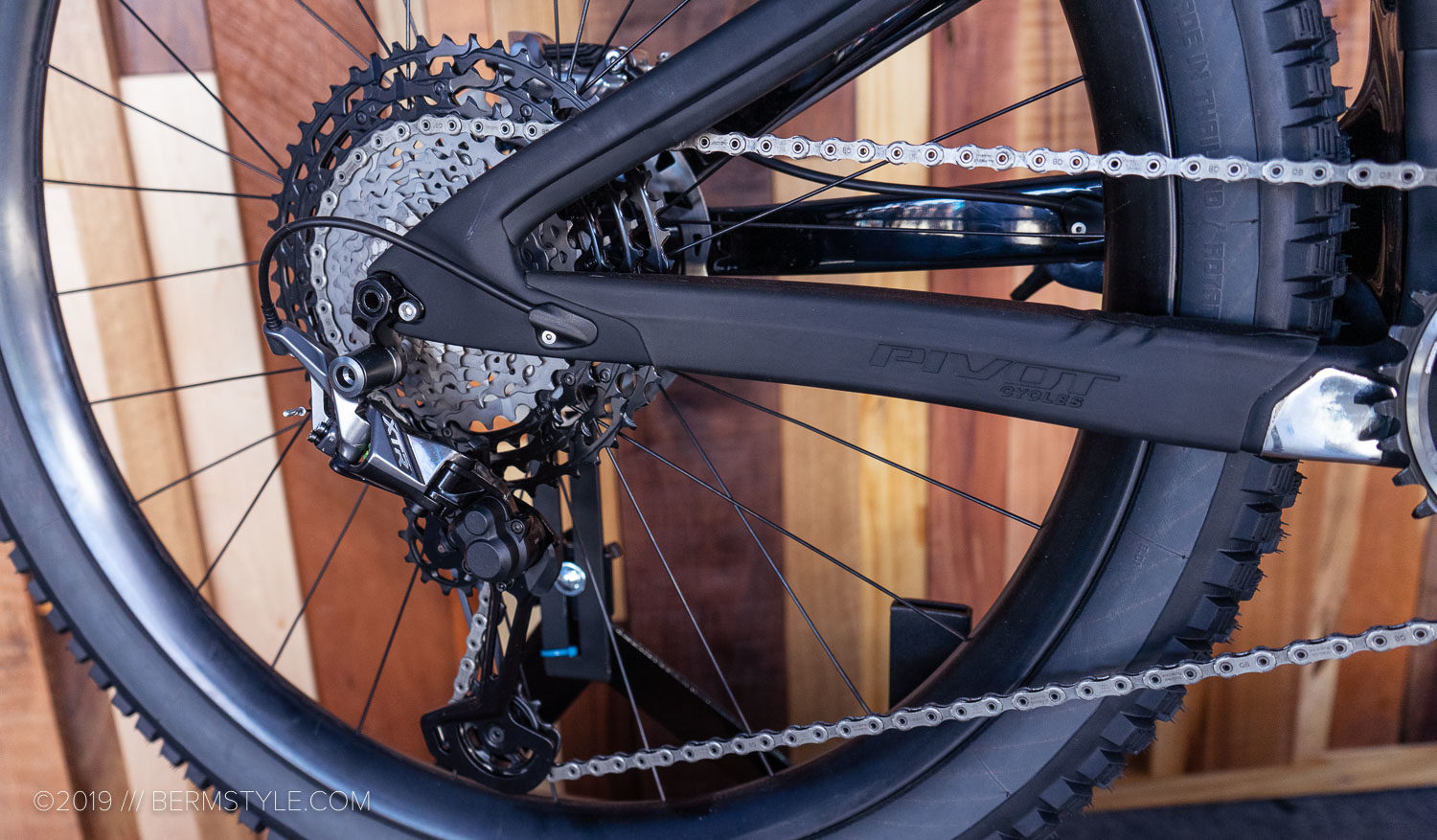 HYPERGLIDE+, first introduced in the 12-speed XTR is now available in XT & SLX

It’s all about HYPERGLIDE +

The promise: lighter, faster shifts both upwards and downwards. The big news with the release is HYPERGLIDE +.  Initially introduced with the launch of the XTR 12-speed group, it now trickles down to XT & SLX.

With each new release, a ton of thought and engineering goes into optimizing and enhancing shifting performance. The 12-speed chains have a new design that extends the inner link plates, increasing the surface area, reducing chain vibration and presumably, increasing the responsiveness of the shifts with better chain engagement. The tooth profile on the cassettes also features new ramp designs.

Reviews on the 12-speed XTR make frequent mention of clean and crisp shifts, that are also very silent. We haven’t been following closely with the XTR release, as it’s taken so long for us regular joes to get their hands on it. But now that HYPERGLIDE+ has trickled down to more affordable price points, we’re paying close attention to what has arrived.

The new XT and SLX cassettes feature a 10-51 or 10-45 tooth range. Our go-to local riding for our all mountain enduro bikes tend to be grinds to the top of the mountain in order to charge back down. After running an XT 11-46t cassette, I’ve actually gone back to running an 11-42t. (on my long travel trail bike – my XC bike still has the extended range) Why? The downshifts are faster. I can run the B-tension screw out more, which keeps the derailleur body angled in so the top pulley responds faster in the lower half of the gear range.

Here’s what I desire to know the most: Will the new 12-speed HYPERGLIDE+ chain work on 11-speed drive trains? And/ or will we see an updated 11-speed chain with HYPERGLIDE+ features, bringing additional shifting performance to 11-speed any time soon?

And what does upgrading look like? Are we going to be able to take advantage of the new tech with the addition of a new chain, or will a new shifter, derailleur, cassette and chain be required? What if I don’t want to run 12 speeds? Can I still run 11?

These are the questions I want answers to. (and I’ll update this post when we know) 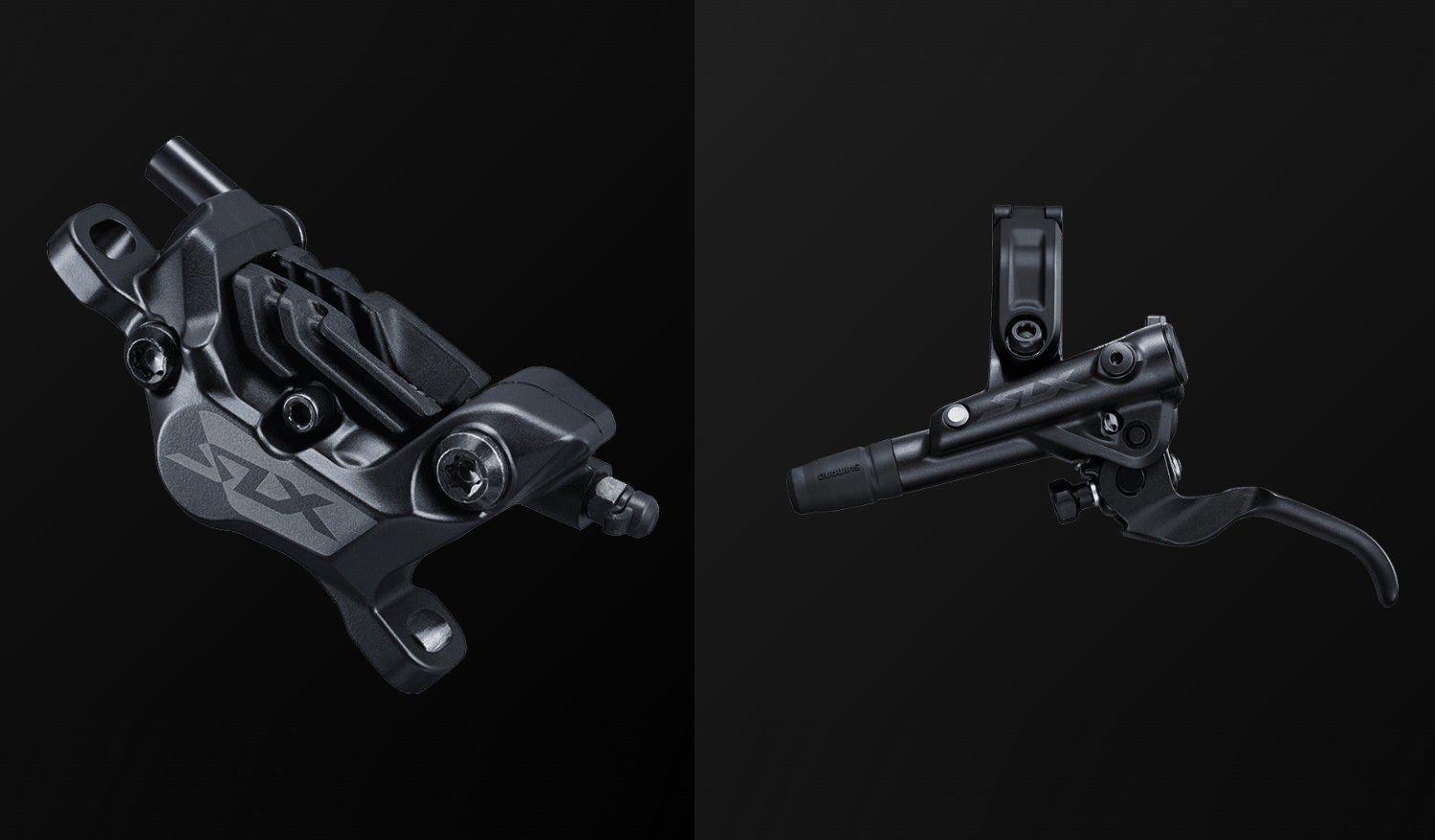 SLX looks better and better with every iteration. In some cases, (see: cranksets) I think it looks even better than XT. Bang for the buck, SLX is hard to beat. While my primary trail bike is almost always decked out in a fresh XT, my flow trail/ shredsled bikes are often adorn with choice SLX parts. Between steel pedal thread inserts on the cranks (as seen on some models) and less expensive replacement costs for a bike that is crashed or bailed on more frequently, it simply makes a lot more sense.

The latest release sees four piston stoppers trickling down to SLX. I’ve been running the four-piston XT brakes on my downhill bike all year and they’ve been amazing — by far my favorite brake. Although I won’t be seeing the new M8120 models anytime soon, I’m stoked to say my DH bike is getting a Saint four piston upgrade this year, which means my Transition Sentinel is inheriting the four-piston calipers.

That said: my XT brakes work so well, it is only on the longest descents where I’m lacking for power. But who doesn’t love stronger brakes? More stop means later braking, better control, and more shred.

I always find myself in a bind; on one hand, I often like the finish of SLX better than XT. I’m also a bit of a bike snob when it comes to my primary bike, which always gets the best stuff, and it gets XT. Fortunately, this year Shimano has answered our requests and the XT crank finally comes with a clear protective plastic decal to keep the black finish.

The most challenging issue with upgrading is changing out the freehub body to the new Micro Spline. If you’re hot on the new gear from Shimano, it might just be worth seeing if you can hold off for 2020 models to drop… The new gear will be available at select dealers June 14th.. What do you think? Are you a Shimano fan anxious to get your hands on the new gear?