With fat bikes gaining prominence, bigger and wider tires have become more commonplace in the garages across the land. And since there are some fat bike fans at Trek, offering a pump specifically for high volume tires makes a lot of sense. While owning a compressor is a no-brainer for any sweet bike-man-cave, not all of us are that fortunate. Fellow apartment dwelling mammals: the Bontrager MTB specific Turbocharger Floor Pump is meant for you.

How is it MTB specific? Well, it’s bigger; taller too. In fact, it towers head and shoulders over the other pumps in our quiver. The large diameter barrel is capable of pushing much more volume per stroke than a standard floor pump. 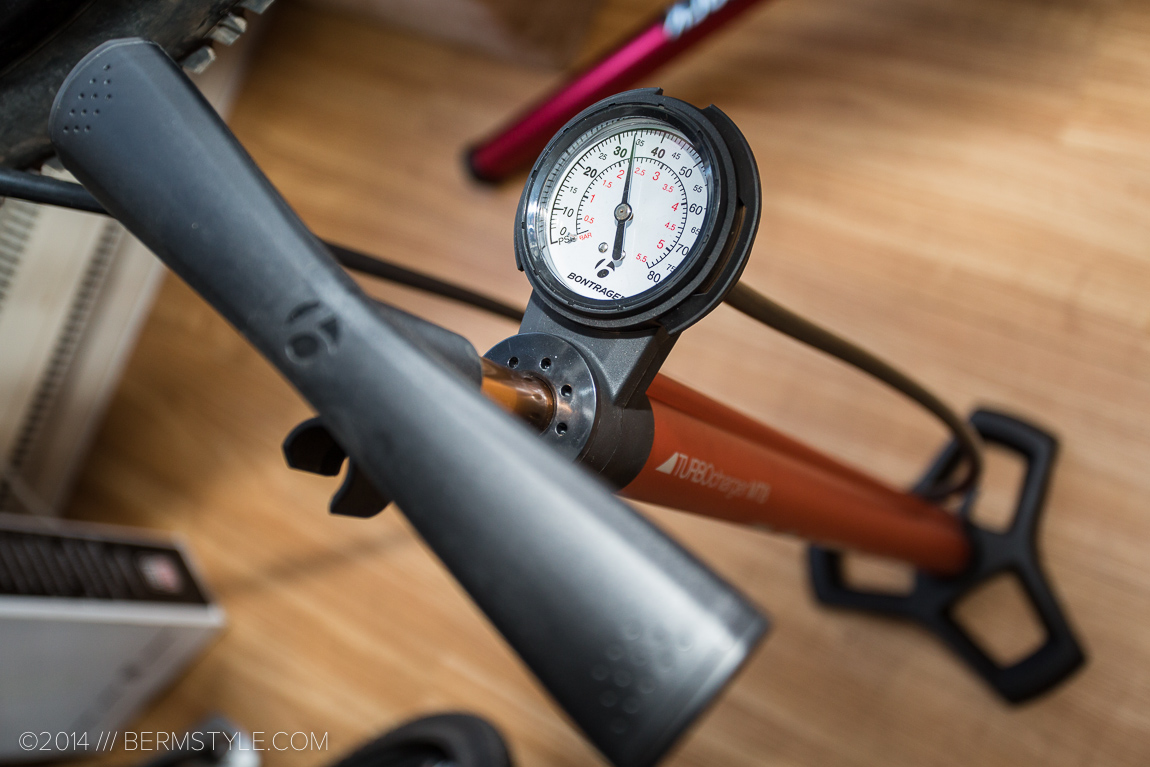 Most of our pumps are updated versions of the classic Silca design. The Turbocharger isn’t much different from the typical floor pump in it’s designed. It’s just pumped up to 11. As the first mountain bike specific pump I’ve ever used, it’s kind of badass. It’s not just a little bigger, it’s a lot bigger. It’s so big that we don’t recommend it for small people. (without stepping on a stool at least)

Admittedly, we don’t own fat bikes. Living in the Bay Area, the only time we see snow is while traveling, so when we’re putting air in our tires it’s generally just to top off our tubeless rubber before heading out. That said, the high volume of air this thing pushes makes those efforts go significantly faster, with a lot less effort. And adding air to the city bikes goes amazingly fast.

The gauge only reaches 80psi, so for high pressure road tires, you’ll still need a standard high pressure pump. This is after all, an MTB specific pump.

Which leads to the question, will the increased air volume seat tubeless tires? 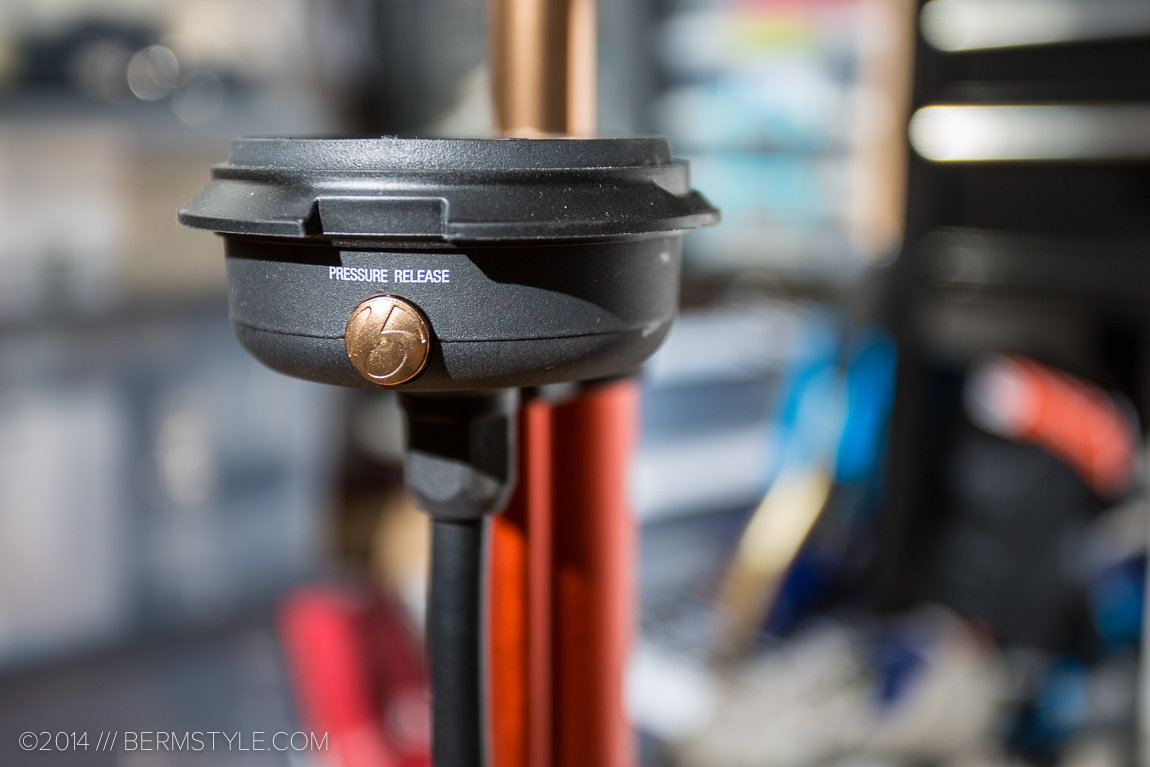 Air volume is easily fine tuned via this release valve.

Test #2: Bontrager XR4 27.5″ 2.35 tire on Sun Ringle Charger Pro wheels. Not as snug of a fit and sadly, the increased volume wasn’t enough to push the sidewalls into place. The warm, soapy water and all the tricks in our bag weren’t enough to get it to hold air. I eventually gave up and made the trek (heh, pun intended) to our local gas station to use the compressor where I easily seated the tires. (Ah well. It was worth a shot.) 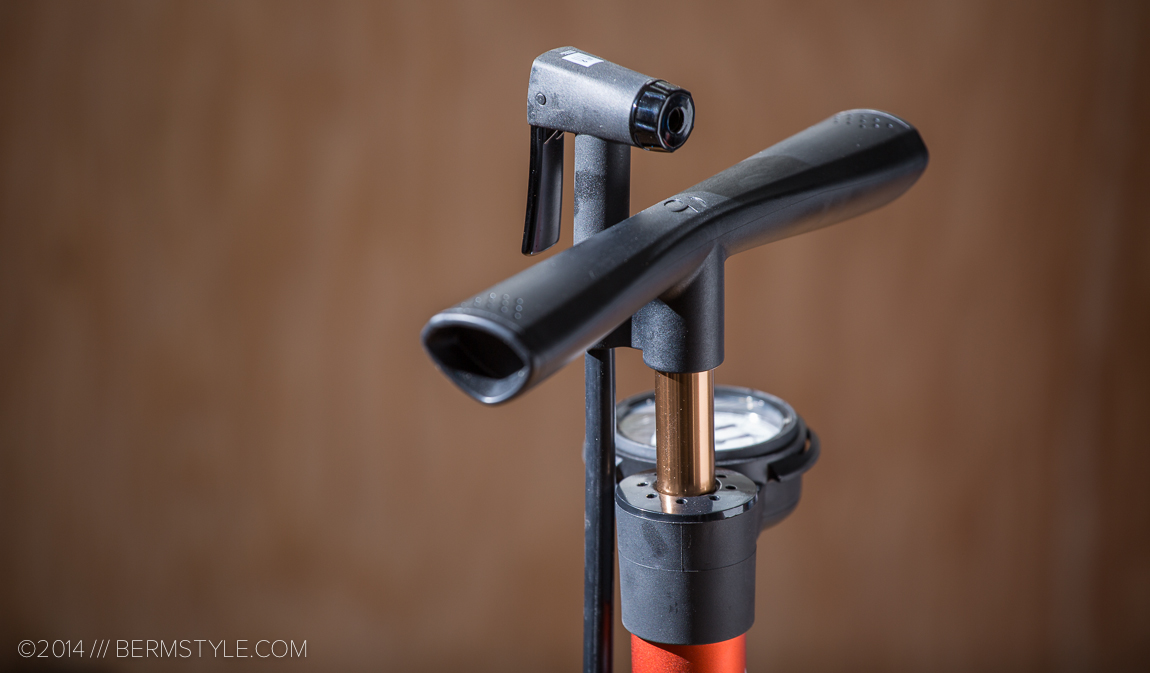 The Turbo Charger has a reassuring heft to it.

The baseplate and main chamber are made from durable materials. It’s listed as steel, though the anodized barrel failed the magnet test. Not that it matters; the whole thing feels solid, and the gauge  is positioned at the top of the pump, making it easy to see the pressure during inflation. Not only is it significant for those of us with not-so-amazing vision, but the placement also means the gauge is less likely to be covered in a layer of dust and grime over time, and is less susceptible to accruing damage over time. 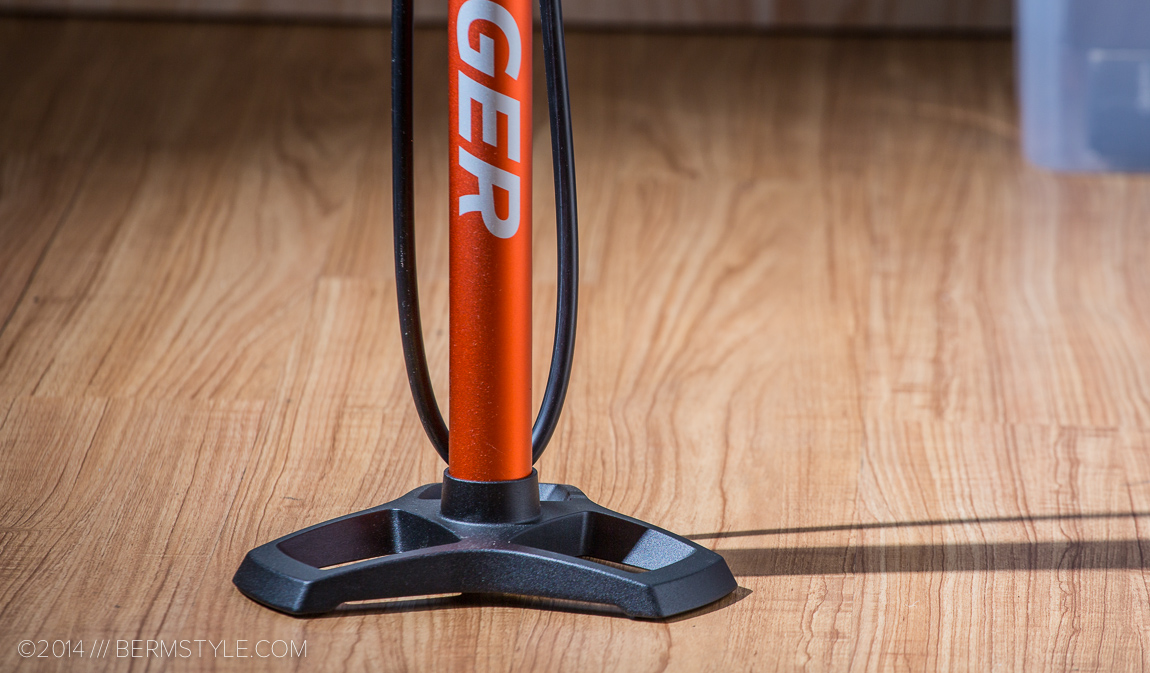 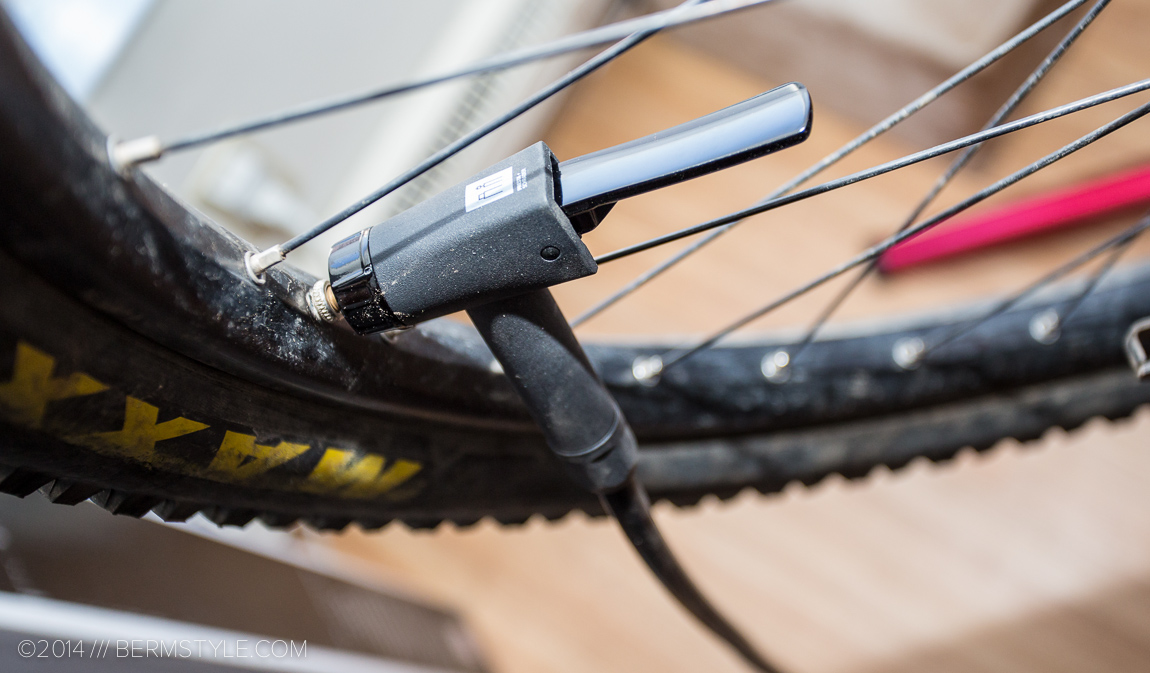 Detail of the smart head

The Smarthead is fabricated from an all metal body and snapped on solidly for a quick seal. It’s narrow enough that I could fit it on 48 spoke BMX wheels, a feat not all pumps can accomplish. We found it worked well for both presta and schrader valves. There was one downside though: it didn’t play well with valve stems that were on the short side, and I had to grab one of our other pumps to get them topped off.

Fat bike riders without a compressor: this pump is going to save you a lot of time and energy. You don’t need monster tires to take advantage of this pump either; although I have a collection of fine quality floor pumps, we’re going straight to the Turbo Charger as it get the job done the fastest. Admittedly the Turbocharger isn’t nearly as cool or ground breaking as the new TLR Flash Charger floor pump, also offered from Bontrager. I’m still taking that walk to the gas station for seating tires, but Fat bike riders and those that don’t own road bikes —or have the need for high volume pump— could totally get by with this their only pump. (provided your valve stems are long enough) If you have a road bike in the quiver, it’s still a great second pump to have around and the higher volume makes topping off tires a snap. 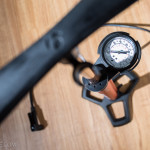 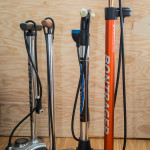 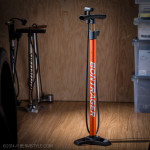