The bike park at Whistler is set to open May 15, 2010. If you have yet to make the trip to what is undoubtedly the mecca of the freeride set, here is a quick glimpse at what you have been missing. If you have, hopefully it brings back some incredible memories, and gets your blood rushing for the next visit.

As our relatively close proximity to Whistler was one of our deciding factors in relocating to Portland, you can bet we are psyched. We had postponed our first pilgrimage until last year, but made up for it by visiting and riding a full five days at the revolutionary freeride destination. 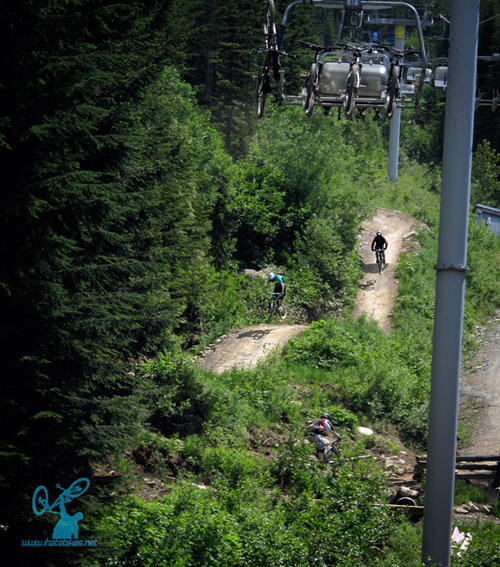 Shooting photos at Whistler can be a tough one, when the urge to take run after run until you are utterly exhausted takes over. Whistler has a way of doing that. I’m a bit envious of the local photographers, but this year I plan to be spending as much time as I can there. 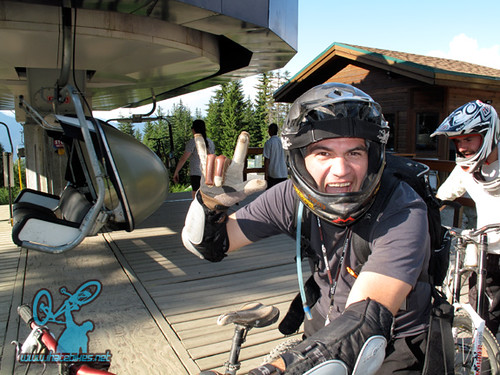 One of the best days I had at Whistler was during an afternoon of riding when I met up for some runs with a crew of locals, including original freeride legend Brett Tippie. I tell ya, this is the best way to learn your way around Whistler! I had a blast ripping trails with the OG rippers. That is the beauty of Whistler though- as THE destination, everyone goes there to ride, test themselves, as well as their product. Stick around long enough and you’ll see it all. 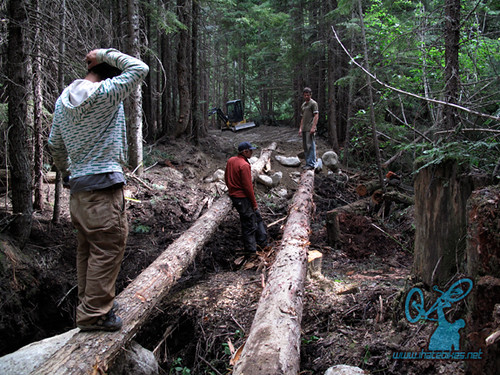 The Whistler build crew in the midst of adding a new section to Crank It Up. Photo: JVH

Whistler employs a build crew that is out full time adding new trails, or doing maintenance and reworking the existing lines to make sure your MTB vacation rules. When you see the guys on your way down, don’t forget to thank them for their hard work. 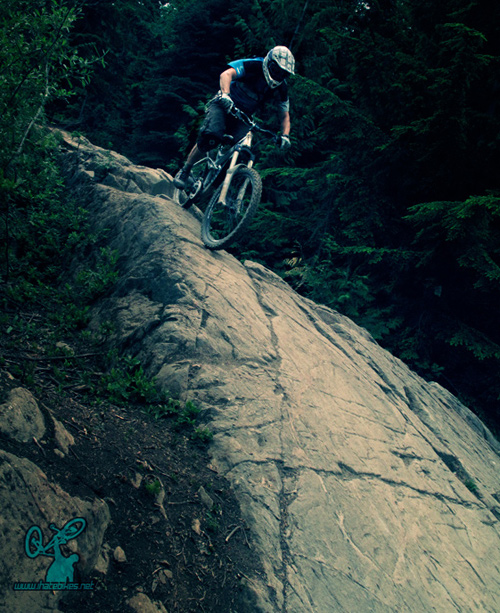 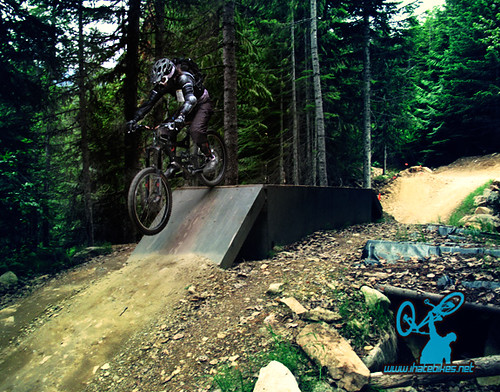 Inga Beck drops off the box on Crank It Up. Photo: JVH

The world famous A-line trail was recently replaced as the most popular trail on the mountain last year by the intermediate line, “Crank It Up.” With a “never ending” series of berms and jumps complete with table tops of every variety, the trail was designed to develop intermediate freeriding skills to the next level. The flow and features on the trail are fun whether you are a beginner or an advanced rider. By far one of our favorite warm up lines, a run down Crank It Up is a great way to start a day of riding at Whistler.

Here’s a quick POV video clip of a typical warm up run on Crank It Up to help get the stoke on for the 2010 season. Inga Beck is the rider, followed by Jason Van Horn. See you there!

For more info on the Whistler Bike Park bikepark, head to Whistlerbike.com