There is nothing better than swinging a leg over a new bike and feeling right at home. That is exactly the feeling I had astride the new Session 88.

The Session has been on my radar since Trek Brand Manager Michael Browne showed us the new Session models at Sea Otter last year. Trek knew they were on to something with the development of the ABP design, and although they had a ton of dollars invested in the previous suspension platforms, once they realized they had a winner, they didn’t waste time scrapping their previous DH frame designs. 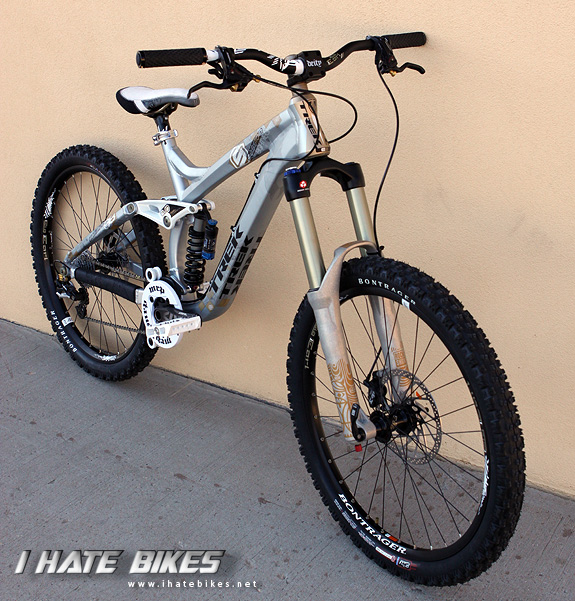 However, it wasn’t until we found out we would be riding the Fisher Roscoe, that I really started taking a closer look. After a few rides on the Roscoe and realizing how well the concept of ABP worked in the field, I was sold.

Personally, I am a big fan of keeping my trail bike and DH/FR bike within the same system, for a few reasons.  Often time, different suspension designs will display various ride characteristics that often will require slightly different riding styles. As opposed to having to change my riding technique when I switch bikes, I prefer to keep bikes in my quiver in the same family. I will also spec each bike with similar pedals, bars, and stems. That way the feel is similar, with just the change of weight, geometry, and suspension travel reflecting the bike’s intended use. 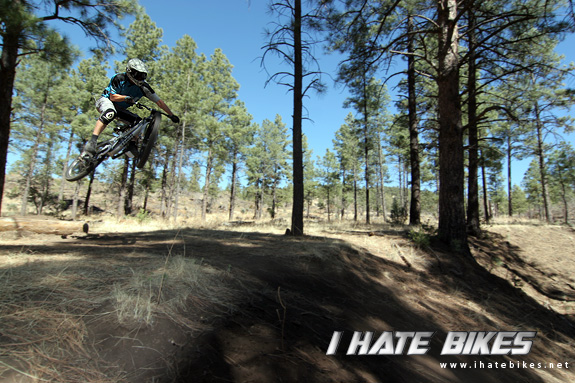 First run on the new Session 88

We’ve been traveling and working for the last week, so the clean new bike has been sitting there, taunting me. It wasn’t until this week, when we ran away to the mountain village of Ruidoso, New Mexico, that I found some dirt worthy of the Session’s prowess. Ruidoso is a gem hidden away in the Sierra Blanca mountain range of south central New Mexico. With terrain reminiscent of Hood River, Oregon and Flagstaff, Az, as well as year-round riding weather, Ruidoso has the potential to blow up and be a major riding destination. 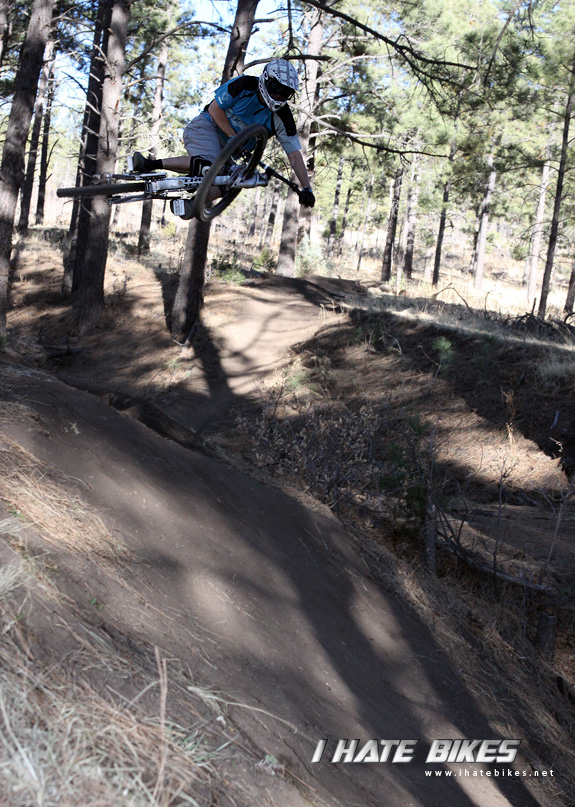 Feeling very much at home on the Session 88 FR on a fun jumpline in Ruidoso, New Mexico

Cody, Sam, and Shane from WMOS Cyclery were nice enough to take us to a spot with a fun FR/ jumpline that was a great spot to feel out the new bike.

The geometry was spot on from the get-go. With input from guys like Andrew Shandro, Cam McCaul, and all sorts of names from the who’s-who of freeriding and downhill, this was not a surprise but expected. Out of the box, the bike was dialed, with a full, new Shimano Saint kit hanging from it. This is the first time we’ve had a chance to ride a bike with the new Saint group in the dirt, and we were pleased. As expected, braking and shifting were solid.

A few thoughts on the build/ spec:

The fork comes stock with a medium weight spring. I ran the medium for a few rides on my other Totem, and the medium feels a bit stiff for DH riding, but for jumping it felt solid. I will probably end up switching it out for a soft spring then running  a few clicks of high speed compression for jumping. As it is, I have the compression all the way opened up.

The white MRP bash ring on the guide looks great new, but now that its dirty, looks a bit ugly.

The Bontrager house components look pretty solid. We did remove the stem right way though, and replaced it with a solid looking Deity stem, as it just didn’t do it for me aesethically.

Pedals: very grippy, especially paired with sticky rubber 5.10 shoes. Their profile is fairly tall though, some may not like that, as the trend seems to be going with lower profile pedals.

Wheels: I’m actually pretty happy with the Big Earl wheels. We have been beating the crap out of the Bontrager wheels that came on the Roscoe bikes, and they have been holding up well. I expect the same from these as well.

Seat/ Seat Post: Nothing wrong here, just solid components, with good looking graphics even. The seat is nicely padded and is comfortable. However, the shape does not lend itself to pinching, and may be replaced with my current fave, the SDG I-beam system.

Bars: I usually switch the bars out first thing. I’m actually rather fond of the graphics of the Bontrager Big Earl bars, and the width is good, so we’re going to give them a run. The grips are solid too, but a bit wide for my personal taste, so they will be getting swapped out.

Tires: The verdict is still out on the tires. More on that later.

We’d like to also give a shout out to the guys at Outdoor Adventuresin Las Cruces, for getting her built up for us, and Michael Browne at Trek for making it happen. We’re looking forward to spending a lot more time on her, and using her as our testing platform for all sorts of cool things.