Since returning to the Bay Area, we’ve spent some time attending various bike club meetings to get up to speed on the sanctioned trail building efforts happening locally. Among the inside scoops (available to everyone, we recommend attending one sometime to find out more about your local riding community) we learned of was a new bike friendly multi-use trail in the East Bay at Crockett Hills Regional Park.

The news was delivered with a mixed message. Yes— there is new trail. No—it isn’t awesome.  It exists in a state nowhere near its potential for awesomeness. Regardless of what we heard, we wanted to see it for ourselves, so we headed up one spring Sunday afternoon to track it down. 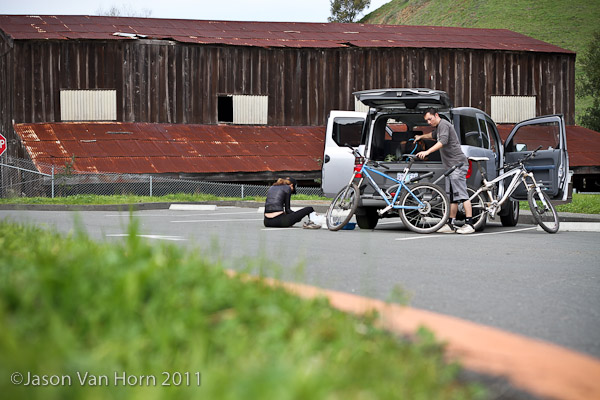 Prepping gear in an empty parking lot at Crockett Hills

Before we headed out, we did a quick search online to do our homework and find out how to get there. Our first stop, the East Bay Parks website, www.ebparks.org. There really isn’t much stating its status as being bike friendly with the single track, but it does list biking under park activities, so that at least was a plus. Next on the search results was a page on the Hilride site. Hilride is a local trail design group that has affiliation with IMBA, the International Mountain Bike Association. Having served similar masters in the past, the fact that Hilride was involved in the trail design seemed to bode well for this secret trail system.

I found this thread dating as far back as 2008. There is also a short page detailing it on the Hilride website.

We dug up enough info to figure out how to get there, then headed out to ride it. Upon arrival we found ourselves in a rather nice staging area. Other than one other car, it was practically deserted. Kind of a nice change from the huge amounts of traffic found in many east bay parks, but not seeing other mountain bikers- not a good sign. We headed out and found ourselves climbing up a rather steep dirt road climb much like the other dirt road multi-use trails found in East Bay Parks. The route was cut by a dozer, driven straight up the hill. And clearly not single track. 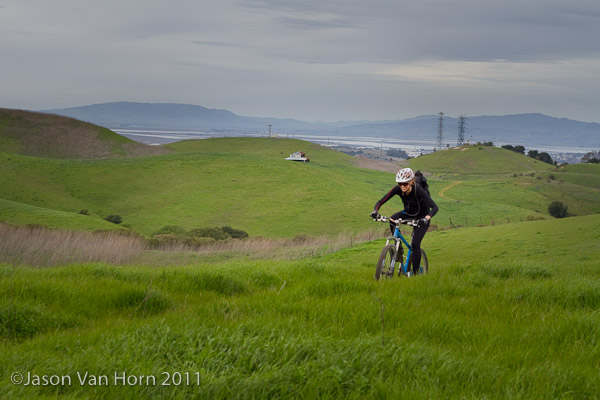 There is the potential for a major single track destination here.

Fortunately, we did manage to find the trail. While there was some signage, it wasn’t completely signed, and made things a bit confusing initially. (From what I understand it is better signed now.) We also found ourselves on trails that didn’t appear on the map we had.

However the big let down was the single track trail. We found the single track to be somewhat uninspiring. Many sections showed such disuse that the route was overgrown by native grasses. Not at all what we would have expected from a trail laid out by an outfit like Hilride. While the alignment of the trail was nice, contouring the hillsides with great views, the surface of the trail was just like everything else in the bay area. Unlike the new progressive trails going in near the Portland area, this route appeared to be constructed with a mini dozer with an operator that understood two commands: Forward and stop. Instead of undulating to and fro, and up and down, the operator pointed his machine from  point A to point B, completely ignorant of what makes for an interesting trail experience for mountain bikers. 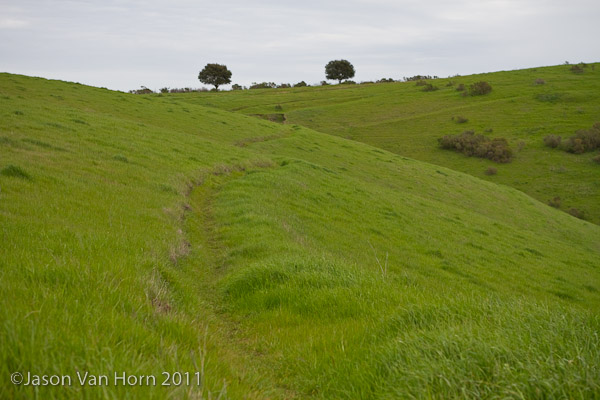 This trail alignment could be epic.

Take the image above. Imaging this trail with a rolling, undulating grade. Add some contemporary pumptrack influenced trail construction, and it would be like a roller coaster through the grassy hills. 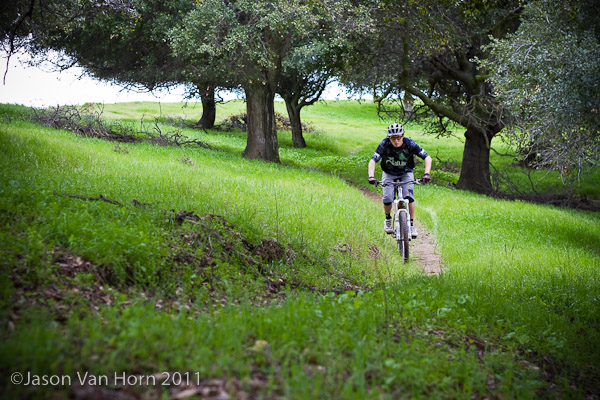 Another section of trail that could simply be awesome.

We ended up having a bit of fun on the way back, (it was downhill after all) but not enough to want to head back and ride here again. Mountain bikers finally get a new piece of legal trail in an area with few new opportunities, and its mediocre trail experience. 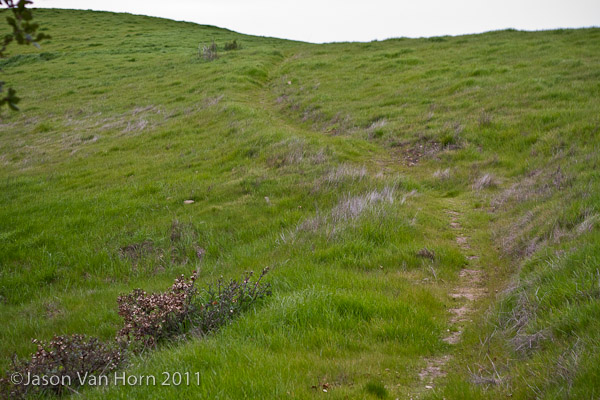 Imaging if this line was actually a sweeping bermed turn with rollers that could be doubled. Great sight lines allow for high speeds and keep conflicts low.

We ran across Nat and Rachel Lopes from Hilride at Sea Otter and had our suspicions confirmed. While they were indeed contracted for the trail alignment, they weren’t consulted during the actual construction, as is fairly obvious from what we rode. They mentioned something about unions, and the parks budget.

The bottom line is that we’re presented with a new place to ride that no one wants travel to. What would it take to get mountain bikers to use this park? The BTCEB organized a work day out here, but improving four miles of trail by hand would take more than a few volunteer work days. It needs a proper vision.

Imagine an experienced  Sweco operator versed in the new flow country concept redoing the tread. This trail system could be a major destination for riders all over the bay. We just need a rider at the helm with East Bay Parks to champion our cause. Not to mention this is a major opportunity for single track tourism. Could it happen? East Bay Parks is currently hiring…

What do you think? Have you ridden here? Would you want to? Leave your feedback below. 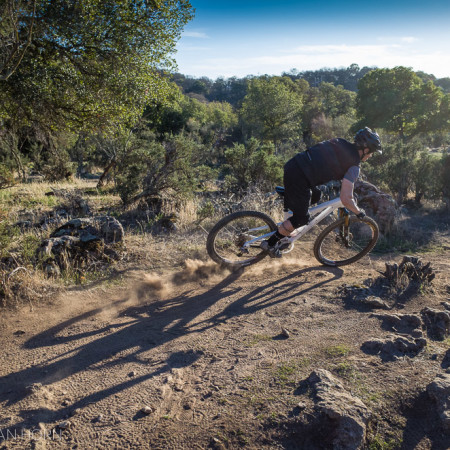 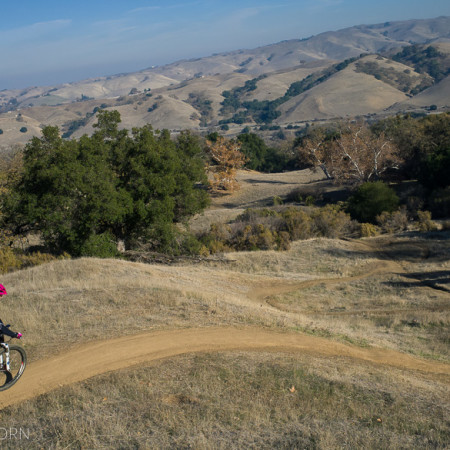