The weather here in the northwest is starting to be livable again and now that the sun is back out and hopefully sticking around for a bit, it means it is time to get the BBQ fired up, put some beers on ice, grab the shovels and head to .. the backyard?

Jared invited me to stop by the Backyard Blam pump track the other day, and while it was a bit beat down from a wet winter, it didn’t take that long to bring the basic line back to life. 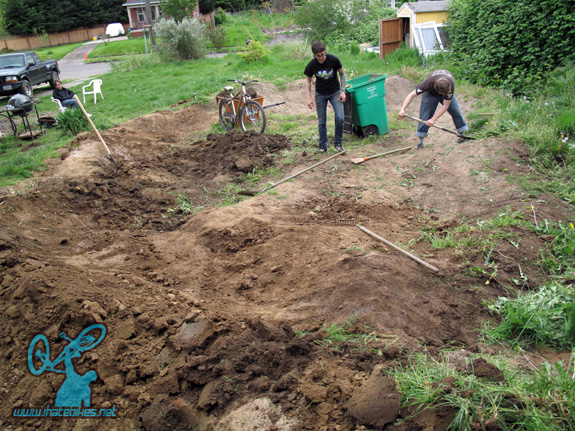 It was looking a bit rough initially.

The current layout of the track is pretty basic. It’s essentially an oval on a slight hill. With a bit of work though, the track could be expanded to take advantage of the additional yard seen above, which would be awesome. 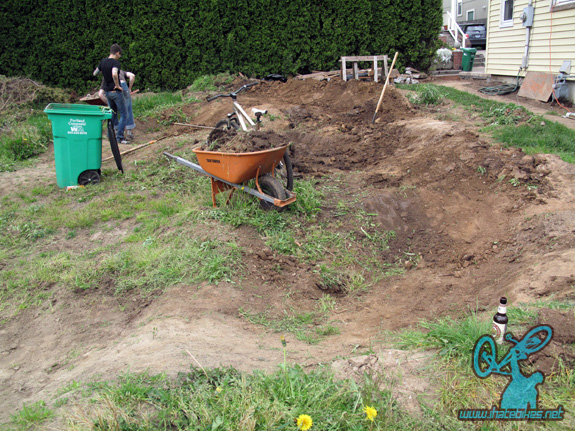 Slighly uphill. Not a problem.

For a basic expanded layout, we discussed a figure eight configuration that would have a ton of options for expansion. 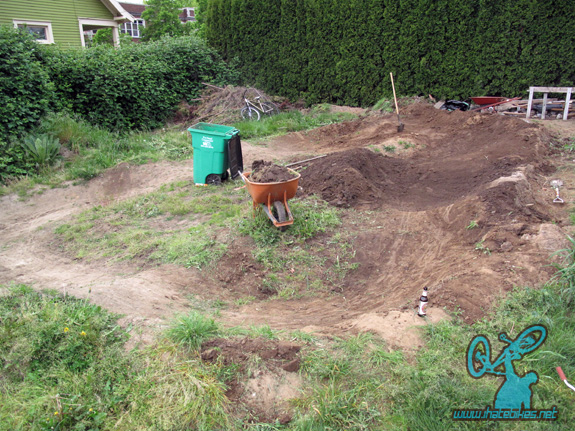 A bit of earth moving, and bam! Groomed uphill line is working.

When I left, we had gotten a basic triangle line working, and pumping through the track and doing multiple laps was totally do-able, although the upper bermed turn still need some work.

Three dudes, three shovels and a rake, two hours, and a ridable track.